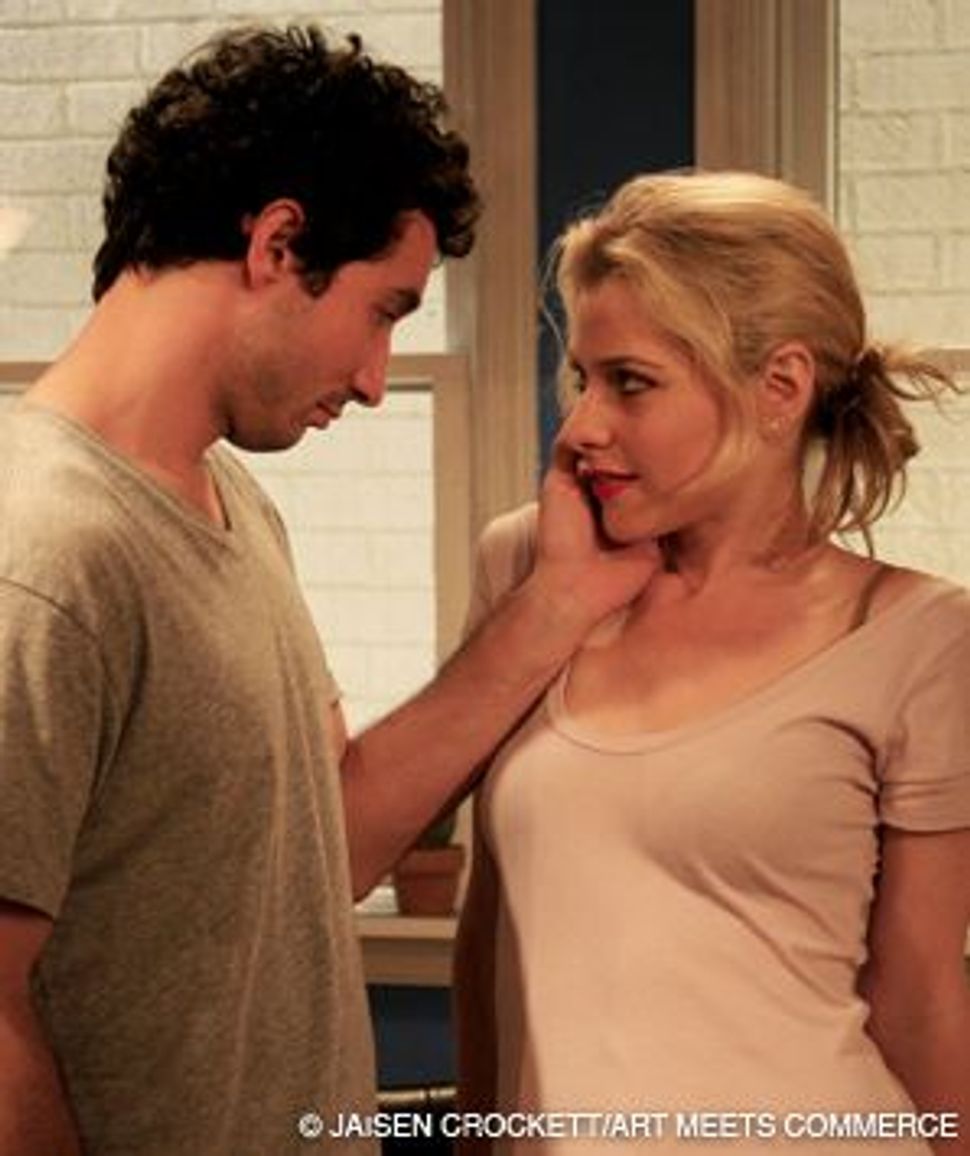 If Americans carry a national stereotype about Israelis, it probably revolves around images of a tough-talking, hummus-fed group of cynics. Tel Aviv-born actress Meital Dohan did little to disabuse American audiences of that notion during her weekly appearances two years ago on “Weeds,” the acerbic Showtime series in which she played Yael Hoffman, a rabbinical school admissions officer capable of acid sarcasm in both Hebrew and English. 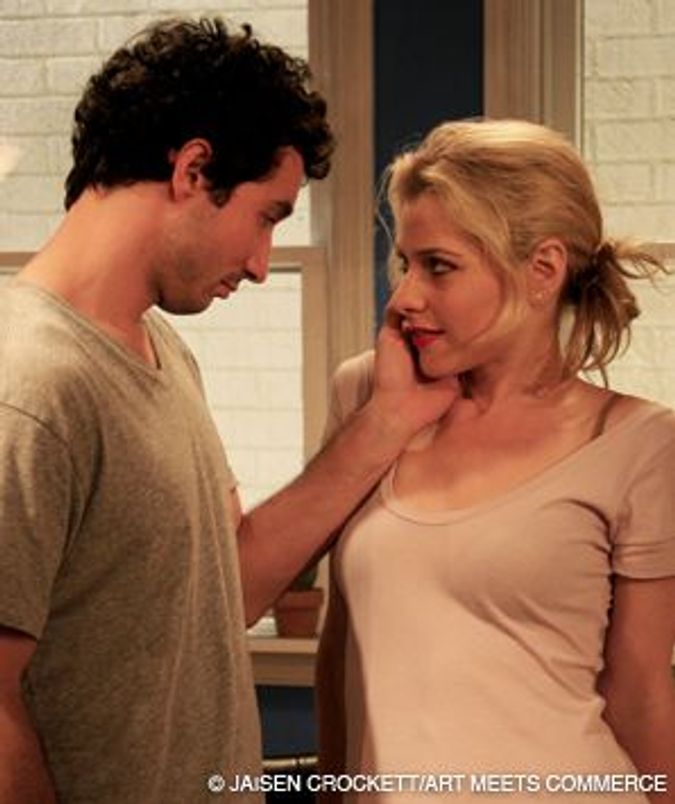 With that character now a thing of the past, Dohan is revisiting those verbal attack skills in another unlikely venue: an off-Broadway production called “Stitching,” in which she plays one half — though not necessarily the better one — of a couple whose volatility and dysfunction put the show in the same genre as the 1989 film “The War of the Roses.”

Perhaps inevitably, audiences have mixed reactions to the show, which inspired walkouts in Edinburgh and prompted several rounds of nervous laughter late last month at a performance at lower Manhattan’s Wild Project theater, where it will run until July 19.

All of which begs an obvious question: Why did Dohan, a film, television and theater star in her homeland, sign up for this two-person production at a 90-seat playhouse?

“Isn’t it crazy,” she acknowledged recently, “that that’s what I’m choosing to do?”

She poses the question with a tinge of pride, however, offering her rationale and pointing out key bits of her résumé to support it.

“I think theater in New York is very conservative,” Dohan told the Forward. “I miss risky art. I don’t think it’s about getting rave reviews. Art is about provoking people and making them think and feel.… ‘Stitching’ is very provocative, in a good way.”

In person, the graduate of the renowned Nissan Nativ Acting Studio offers a striking contrast to her latest onstage role, giving an easy smile and a mischievous wink each time she says something funny, which is often. A two-time nominee for the Israeli equivalent of the Academy Award, the 31-year-old Dohan first came to the United States as a high-school student, completing a six-month exchange program she described in mixed terms. But while she didn’t fall in love with either of the places where she attended American high school — first West Virginia, then Idaho — she fell for New York before leaving the country, finally returning in 2004 for a festival screening of the 2002 film “God’s Sandbox,” the drama that yielded her second Israeli Oscar nod.

During the festival, she was recruited for a Lower East Side staging of Federico Garcia Lorca’s “Blood Wedding,” returning to New York later to co-write and perform an off-Broadway show called “Bath Party.” Thanks to her status as an “outstanding artist” at home, she eventually achieved a relatively easy upgrade to a green card from a temporary visa. Work opportunities have continued to come in, and Dohan now says she hopes to convert her temporary residency to citizenship. “Each time I’m thinking I’ll go back, something comes up,” she said.

As a result, Dohan has now spent more than four years shuttling between New York, Los Angeles and Tel Aviv, though Manhattan’s Battery Park now serves as her home base. A performer at several of Israel’s top theaters before making her move, she also appeared in the Hebrew version of “Ugly Betty” and has continued acting in Israeli movies and TV shows since arriving in the United States. A sketch comedy for one of Israel’s main TV channels is currently in the works, and Dohan expects to spend part of this summer re-shooting certain scenes for “L.L.,” a drama by Israeli director Amos Kollek, son of former Jerusalem mayor Teddy Kollek.

But while she remains a regular back in Tel Aviv — she’s returned for as little as two days when her schedule allowed it, she said — stage work in Israel, where successful actors often perform in the same play for years, isn’t something to which she wants to commit at the moment.

When asked about the response that other Israeli actors have received after trying to make it in Hollywood and falling short, she said that her success on American television has proved to be something of a double-edged sword in Israel.

“I remember watching ‘[Good Evening With] Guy Pines’” — an Israeli version of “Entertainment Tonight” — “on a friend’s couch,” she recalled, “and [Pines] made fun of me for my part on ‘The Sopranos,’ saying that I had gone to America to ‘make it big’ but ended up in a ‘part that was really small.’” (Her “Sopranos” appearance, as a different character named Yael, lasted about “two seconds,” Dohan said.)

She received a call about “Weeds” the same night as the “Guy Pines” commentary, and later she was amazed to see Pines pull a 180 over her success. “You need to not let it get under your skin,” she said.

“Stitching,” meanwhile, is providing feedback of a more enjoyable sort. A New York Times critic praised Dohan’s performance, if not the play as a whole, describing the actress as “extremely gorgeous” in the review’s opening line.

“Why not?” she asked jokingly, again flashing that easy smile.

She hasn’t shown her parents the “gorgeous” comment yet, she said, her gray eyes glittering before the impending wink. “Hopefully,” she continued, “they know it already.”