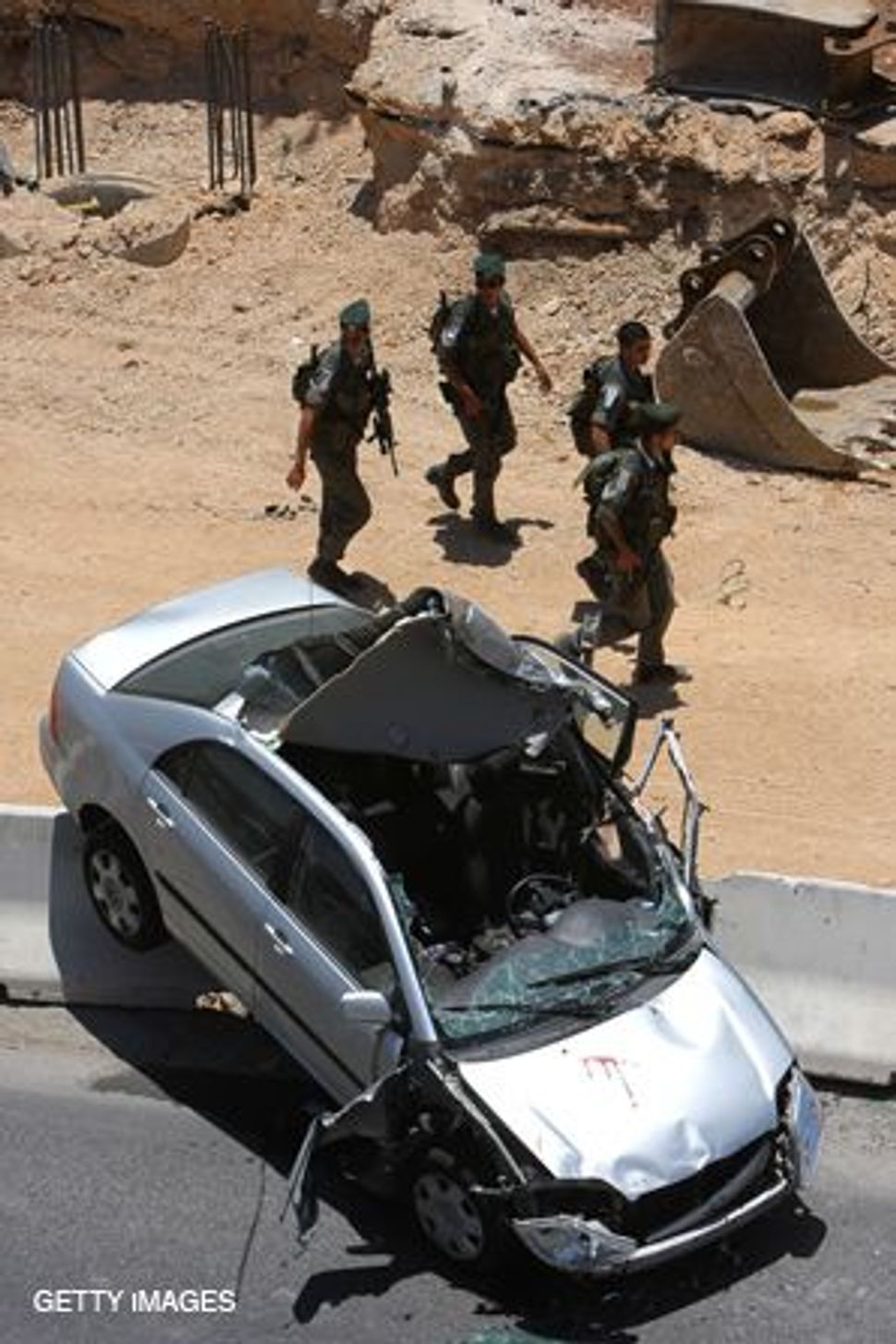 RAMPAGE IN JERUSALEM: A Palestinian went on a rampage in a bulldozer in Jerusalem killing three and injuring dozens before being shot dead by an Israeli policeman.

Jerusalem — The deadly terrorist attack by an Arab bulldozer driver on a crowded street here Wednesday raised questions anew about how Israeli authorities can protect against attacks by lone assailants from eastern Jerusalem. 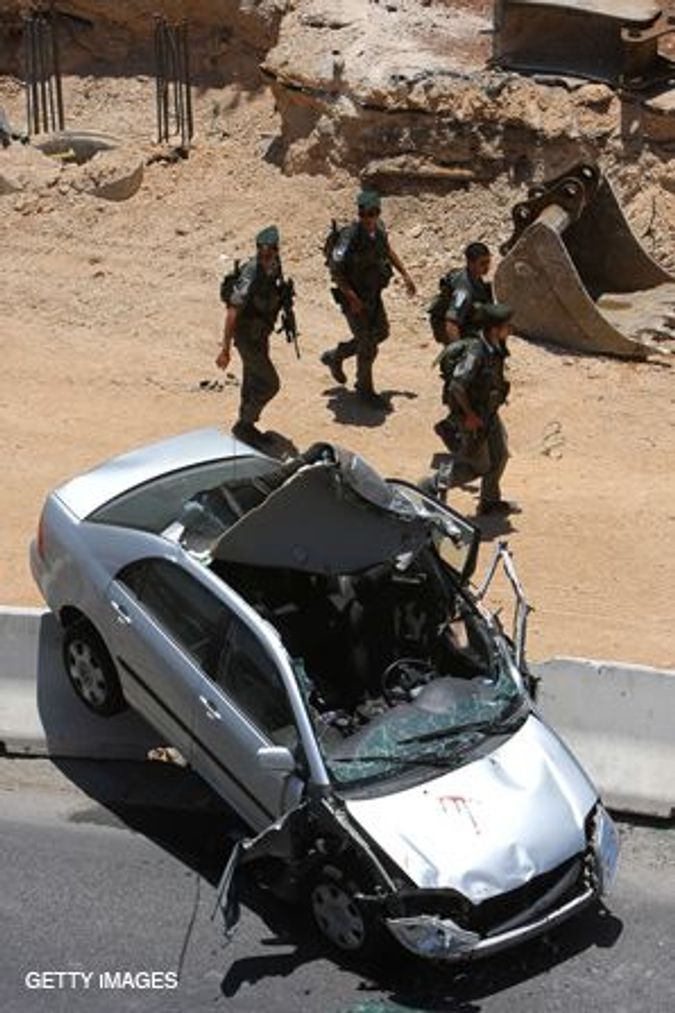 RAMPAGE IN JERUSALEM: A Palestinian went on a rampage in a bulldozer in Jerusalem killing three and injuring dozens before being shot dead by an Israeli policeman.

At least three people were killed and dozens injured in the noontime attack on Jaffa Road.

Husam Duwayat, a 30-year-old father of two from eastern Jerusalem, plowed through traffic on one of the busiest streets in the Israeli capital, overturning a commuter bus, crushing cars and sending pedestrians in a mad rush for safety.

“It was terrible, like nothing you could imagine,” a bus passenger who gave her name as Bat-El told Israel Radio.

Policemen and an armed civilian ended the rampage by scrambling aboard the 20-ton bulldozer and shooting Duwayat at point-blank range. The brutal scene was captured on film and broadcast around the world.

There was no immediate claim of responsibility for the rampage, prompting speculation that Duwayat, who had been working at a construction site nearby, turned violent spontaneously. Police said he had a criminal record but no known terrorist ties.

It was the second attack in Jerusalem by a lone Arab assailant from eastern Jerusalem in four months. The previous attack was a shooting spree at a Jerusalem yeshiva in March, which left eight students dead.

Wednesday’s attack renewed debate in Israel over how to handle Palestinians from eastern Jerusalem, who carry Israeli identity cards and may travel freely around the Jewish state.

Israel’s West Bank security fence and regular IDF counter-terrorist operations and intelligence gathering in Palestinian-populated territories have dramatically reduced terrorist attacks against Israelis from their highs earlier this decade, during the second intifada.

Such security measures, however, provide little defense against attacks like Wednesday’s, in which an Arab from an area west of the security fence apparently acting alone perpetrated a deadly attack using relatively unsophisticated weaponry.

The March attack at the Mercaz HaRav yeshiva in Jerusalem bore the same hallmarks.

“The terrorists never tire of thinking up original ways to strike,” said Jerusalem Mayor Uri Lupolianski. “It’s no accident they choose Jerusalem. This is the heart of the State of Israel, of the Jewish people.”

After Wednesday’s attack, Israeli Industry and Trade Minister Eli Yishai called for the terrorist’s house in the Sur Bacher neighborhood of Jerusalem to be demolished — a punitive measure commonly used in the West Bank and Gaza until recently, when it was discontinued amid criticism by civil liberties groups.

Prime Minister Ehud Olmert ordered his ministers and legal advisers to assess the legal implications of taking such action, promising an answer by day’s end.

Pending a decision, police raided the house in search of clues as to Duwayat’s motives.

As they left, a female relative ululated from a balcony to watching journalists.

“Husam’s a martyr!” she shouted. “May God have mercy on his soul.”

The attack came as Olmert struggled to preserve a 2-week-old cease-fire with Hamas in the Gaza Strip. The cease-fire has been interrupted multiple times by rockets and shelling from Gaza.

Islamic Jihad, which has claimed responsibility for some of that rocket fire from Gaza, praised Duwayat’s attack.

“The Jerusalem Brigades bless the heroic operation in Jerusalem as the natural reaction to the crimes of the occupation,” the group said, according to reports.

In Gaza, Hamas spokesman Sami Abu Zuhri said he did not expect the Jerusalem attack to “influence the Gaza calm.”

“There is a continued aggression against our people in the West Bank and Jerusalem, and so it is natural that our people there will respond to such aggression,” he said.

The Fatah-led Palestinian Authority also issued a condemnation of the attack.

“Whoever carried this out wants to hurt the peace process, and we urge the Israeli side not to be dragged down by those who want this to happen,” said Tayeb Andel Rahim, an aide to P.A. President Mahmoud Abbas.