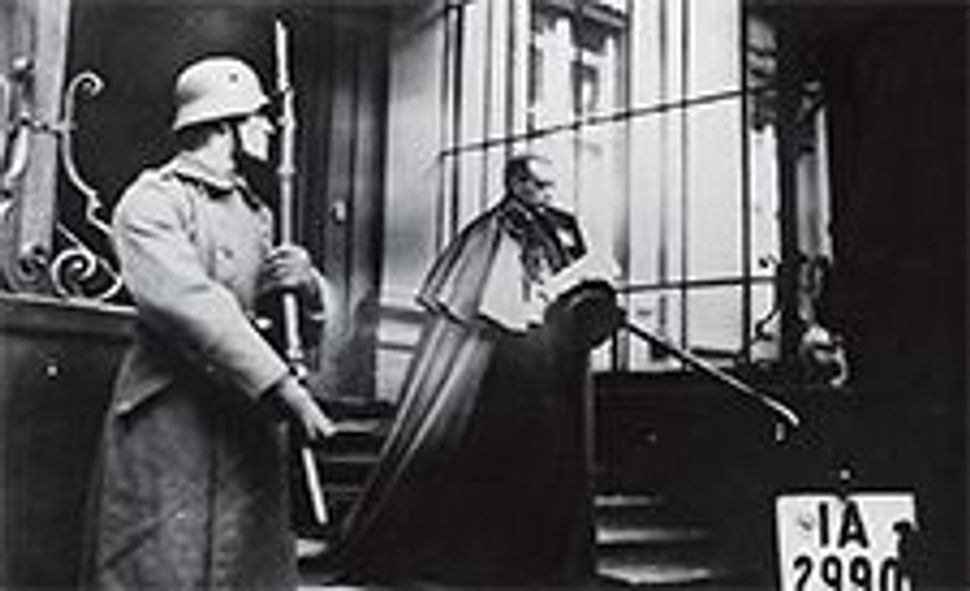 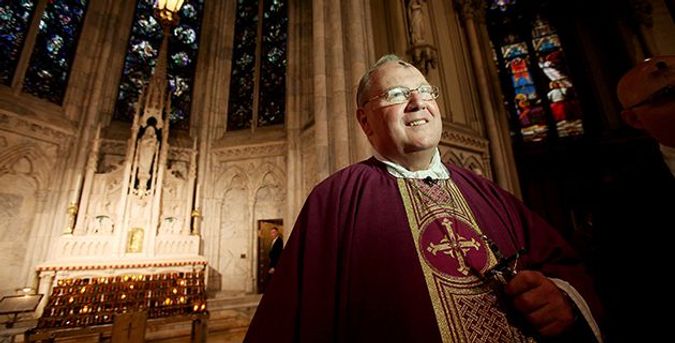 Catholic Church leaders appear to be at loggerheads over expediting scholarly access to the Vatican’s Holocaust-era archives in fulfillment of a promise first made to Jewish leaders 24 years ago.

The internal church tensions have manifested themselves in conflicting messages that different church leaders have recently given Jews in discussions of the matter.

At a public dialogue April 12, New York Archbishop Timothy Dolan told an audience at Manhattan’s Jewish Theological Seminary that Catholic scholars, no less than Jewish scholars, were frustrated over the Vatican’s decades-long delay in opening its closed Holocaust archives.

“Whatever is needed to complete this project — even in phases, rather than only as a whole — I suggest must be explored,” Dolan said.

Dolan stopped short of calling for the immediate opening of the Vatican Secret Archives for the papacy of Pius XII, whom some have accused of failing to help Jews during the Nazi genocide. But the archbishop said that the church should not fear whatever it is the archives hold. 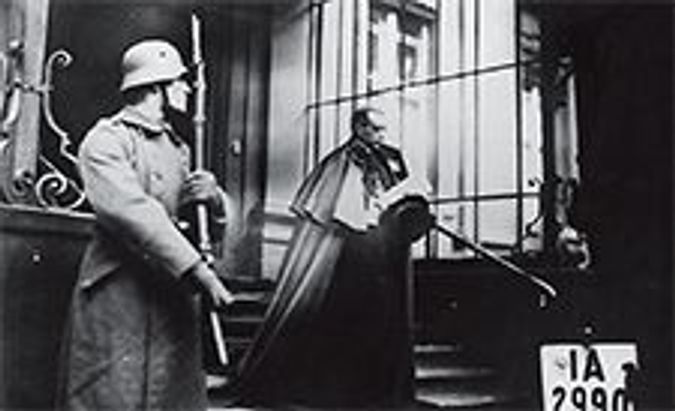 Dolan’s declaration, however, came just weeks after a meeting between Jewish representatives and Vatican officials in which church leaders minimized the importance of the documents and refused to set a definitive date by which the archives would be opened, according to meeting attendee Rabbi Eric Greenberg, director of interfaith affairs at the Anti-Defamation League.

The revived controversy comes amid a push for the beatification of Pius XII, a step on the path toward sainthood. Jewish groups argue that judgments about Pius XII’s papacy cannot be made without the opening of the archives.

“We feel, as many Catholics and Jews feel, that it would be wrong to make conclusions in either direction about Pius XII until the Vatican archive’s relevant documents are available for study,” Greenberg said.

In his lecture at JTS, Dolan called the church’s beatification plans for Pius XII “a somewhat unique challenge to Catholic-Jewish relations.”

“The current debate about Pius XII has become shrill, hasn’t it?” Dolan said.

Dolan argued that the historical record was still unclear on what Pius XII did or failed to do to save Jews in the Holocaust or protest the mass slaughter. He said that more study was needed — including a study of the Vatican archives.

The Vatican first promised to open the files for scholarly review in 1987, following a meeting between Pope John Paul II and American Jewish leaders.

“They have indicated it is a tedious process,” said Seymour Reich, a former chairman of the Conference of Presidents of Major American Jewish Organizations who participated in that meeting. Reich continued to pursue the issue with the Vatican as chairman of the International Jewish Committee for Interreligious Consultation.

According to Reich, though the Vatican claims that its scholars are putting the archives in order, Reich’s offers to raise money to expedite the process have been ignored.

At a February meeting between the Holy See’s Commission for Religious Relations With the Jews and IJCIC, Vatican officials were noncommittal about the imminent opening of the archives, according to Greenberg. “We said that we have these concerns about the Holocaust survivors — they are dying, and they [have a] right to know what happened to them and their family,” Greenberg said. “The Vatican officials responded in a way that didn’t seem to indicate they were interested in pursuing this moral obligation we all have.”

In a report published on the ADL’s website, Greenberg stated that one church official said that documents in the archives that would be damaging to interfaith relations could remain under seal even after the archives are open, while another official said he believed that the archives would hold nothing new.

It’s far from certain that the opening of the archives would radically change the historical record on Pius XII’s papacy. Some diplomatic documents for those years have already been released in volumes published in the 1970s, though much remains hidden.

“The way that this has been handled feeds… assumptions of what is in those archives. And those of us who have been in those papers realize that it may be an anticlimactic result,” said R.A. Ventresca, professor of history at King’s University College at The University of Western Ontario. “It will allow us to deepen our images and our understanding,” Ventresca said, but he didn’t expect the picture of the papacy to change radically.

“I’m also humble enough to know that I may be wrong on all of that,” he added.

Ventresca is writing a political biography of Pius XII.

As an example of specific questions that might be answered by an opening of the archives, Ventresca pointed to suggestions that the pope had a hand in asking Catholic institutions in Rome to take in refugees. The archives could show what the pope knew of the activities, whether he ordered them and how broad his efforts were.

Reich said that he was pleased by Dolan’s support for the archive’s opening. “I just hope the Vatican hierarchy takes note of his message,” Reich said.

In his JTS address, the archbishop also called for a shift in the dialogue between Jews and Catholics away from what he called a “dialogue of grievances” and toward conversations about mutual challenges.

Pope Benedict XVI made the former archbishop of Milwaukee, Dolan, 61, archbishop of New York — a city whose name he pronounces as a very unlocal “New Yawrk” — in 2009. Dressed in a black cassock and purple skullcap, he joked easily with the crowd at JTS, Conservative Judaism’s most prominent academic institution.

Dolan called for a change in the tone and character of interreligious dialogue. “Too often in the past, I’m afraid, our grievances, however legitimate, with each other have been our sole topic of discussion,” he said.

Dolan also spoke of the reverence that Jews and Catholics share for Pope John Paul II, who died in 2005. “I continue to be inspired by the passion of your love for John Paul II,” he told the mostly Jewish audience. The Vatican has announced plans to beatify John Paul II on May 1.