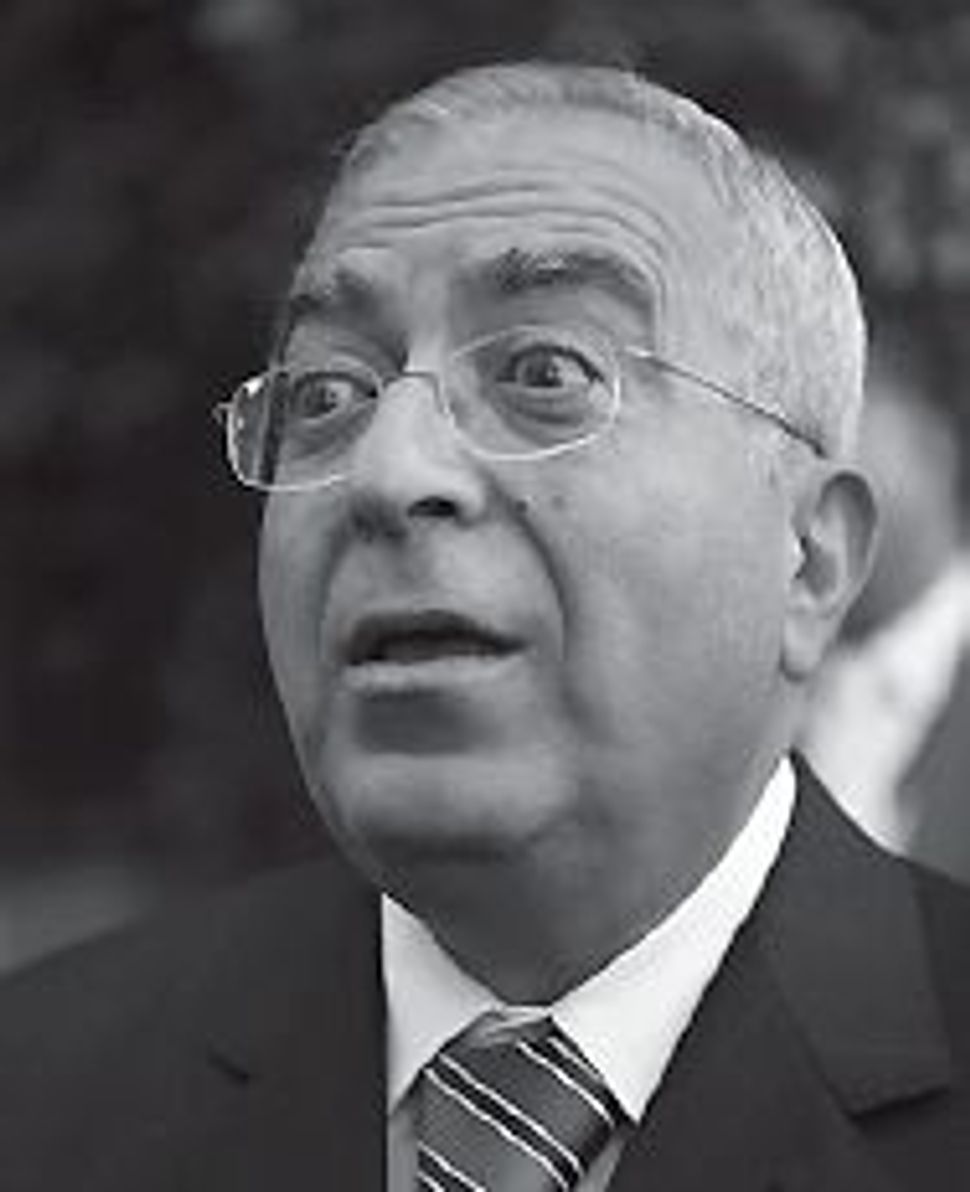 WASHINGTON — It is a classic good news-bad news story.

The Palestinian economy is booming and for the first time is being acknowledged as strong enough to support an independent state. That is the good part. 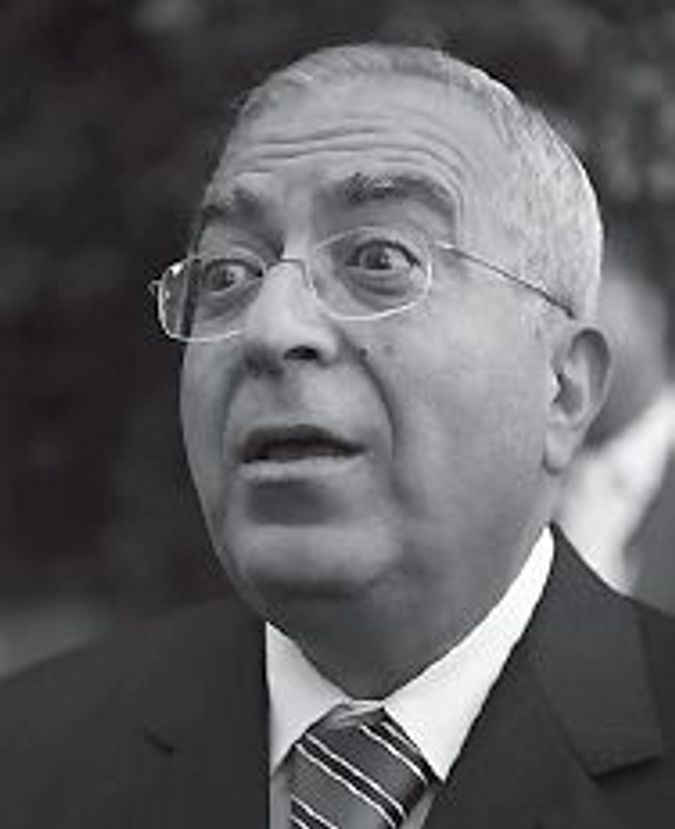 The negative side of this news, which comes from the April 13 meeting of countries contributing to the Palestinians and from reports compiled by the International Monetary Fund, the World Bank, and by the United Nations, is that the Palestinian economy still depends on Israel for its sustainability. If anything, the reports serve as a reminder that despite significant progress in institution building, Palestinian cannot move forward toward independence without reaching an agreement with Israel.

A statement issued by the countries participating in the Ad Hoc Liaison Committee, as the group managing donations to the Palestinian Authority is called, declared that the PA “is above the threshold for a functioning state in key sectors.” Palestinian Prime Minister Salam Fayyad called this statement a “birth certificate” of the future Palestinian state.

International praise for the Palestinian economy and recognition of its viability are viewed by the Palestinian Authority as a needed step on the way to independence, but not one that could alone ensure realization of statehood.

“We will use [the reports] to tell the international community that we are ready for an independent state,” said Maen Areikat, the PLO’s chief representative in the U.S. in an April 9 interview with the Forward. Areikat, who heads the Palestinian diplomatic delegation in Washington, acknowledged, however, that independence hinges on political progress. “I have always believed that this is a political conflict, not an economic one and not a security one,” he added, “Palestinians are not after improving their condition of living. Our real problem is ending the occupation.”

According to the IMF report, the West Bank and Gaza have seen a 9% growth in 2010, and while the growth in Gaza is described mainly as a “catch up from a very low base,” progress in the West Bank, driven by the Palestinian Authority, is viewed as real.

“IMF staff considers that the PA is now able to conduct the sound economic policies expected of a future well-functioning Palestinian state, given its solid track record in reforms and institution-building in the public finance and financial areas,” the report stated.

Another report prepared by World Bank economists, carries a similar tone and reinforces previous statements made by the institute that if economic performance is sustained, the Palestinian Authority will be “well-positioned” for establishing an independent state.

The United Nations added its input with another report that found the Palestinian governing institutions to be “sufficient for a functioning government of a state.”

Key to economic progress achieved by the Palestinian Authority is the work done by Prime Minister Salam Fayyad, who in August 2009 announced a two-year program for Palestinian institution building, which he expects will culminate in the formation of an independent state by 2011. The plan included several elements: introducing the principle of “single treasury” under which the Palestinian Authority tightened its control over the budget; requiring transparency in all financial operations of the PA; and maintaining spending discipline.

“All that adds up to a huge change,” said Howard Sumka, who directed the U.S. Agency for International Development (USAID) mission to the West Bank and Gaza until 2010. Sumka added that the governance reforms conducted by Fayyad “had developed a tremendous amount of confidence with international donors” who support the Palestinian economy. International donations, he explained, are “keeping the Palestinian Authority afloat.” These donations reach nearly $1 billion a year, of which the U.S. is responsible for $150-200 million provided annually as direct budgetary assistance to the PA and another $200-250 million through USAID in funding for projects.

Both reports, despite the praise they shower on Fayyad, agree that foreign donations are still essential for Palestinian economic viability. The World Bank also states that the PA will be required to undertake further reforms, although these requirements are “no more than those facing other middle income countries.” Sumka estimated, based on the financial performance reports, that the Palestinian economy is now stronger than at least 200 of the United Nations member countries. The reports, viewed by the Palestinians as encouraging, also provide a sobering account of the sustainability of economic progress.

According to the World Bank and the IMF, financial viability is ultimately conditioned on Israel’s good will. “Ultimately, sustainable economic growth in WB&G can only be underpinned by a vibrant private sector,” The World Bank concludes, “The latter will not rebound significantly while Israeli restrictions on access to natural resources and markets remain in place.” These restrictions include an Israeli imposed blockade of the Gaza Strip and hundreds of roadblocks limiting free travel in the West Bank. Israel also significantly restricts Palestinian export through its ports and the import of some materials and goods. Experts also warn of overestimating the importance of economic progress as paving the way to Palestinian independence.

“The risk with these kinds of statements is that they may increase voices on the Palestinian side who believe they can declare a Palestinian state unilaterally,” said Michael Singh, managing director of the Washington Institute for Near East Policy and a former senior director for Middle East Affairs at the National Security Council. The drive of a declaration of a Palestinian state has been gaining momentum in advance of the September gathering of the UN General Assembly, which is expected to take on the issue.

According to Singh, these reports should, in fact, be understood as focused on the need for a negotiated Palestinian agreement with Israel. “What they are saying is that now is the time to take care of the political side,” he said.

This message is directed not only at Ramallah but also at Jerusalem.

Israeli prime minister Benjamin Netanyahu took office in 2009 with a promise to promote what he described as “economic peace” – improving economic conditions on the ground while leaving final-status negotiations to a later stage. The progress made on the ground on these issues, said Singh, demonstrates the limits of this approach. “Economic progress should be the preview to what we wish to see Israelis and Palestinians reach in full political negotiations.”