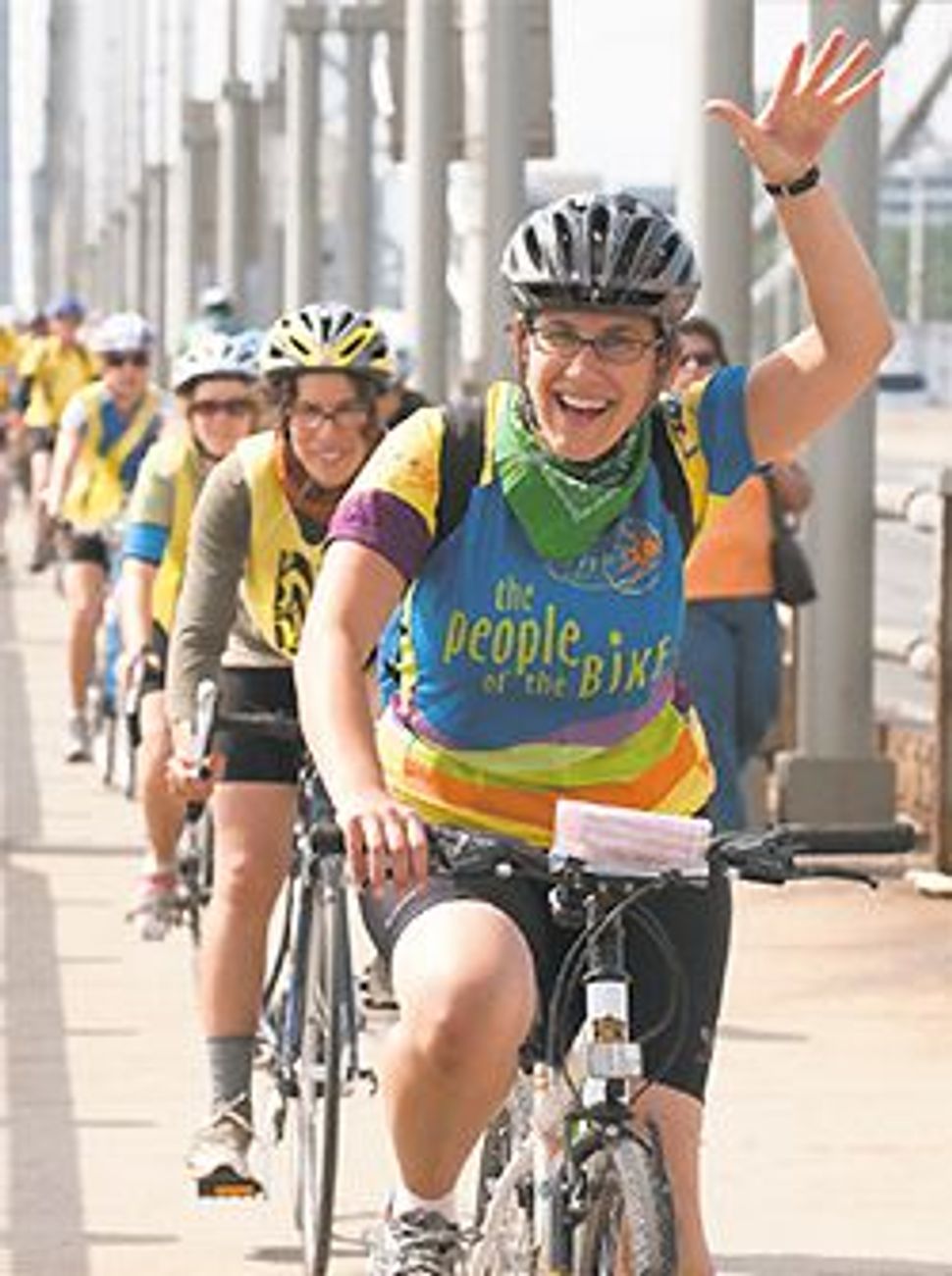 As we make plans to celebrate Earth Day 2011, we worry about radiation from a crippled nuclear plant in Japan. We face air pollution, species extinction, climate change. Major fish stocks are down 90%. And, more parochially, the Jewish community faces extraordinary stress and uncertainty. The federation system and many of our synagogues have lost members, revenues and staff. The issue of Israel in American Jewish life has become more complex than ever. Our day schools confront a deeply challenging business model. 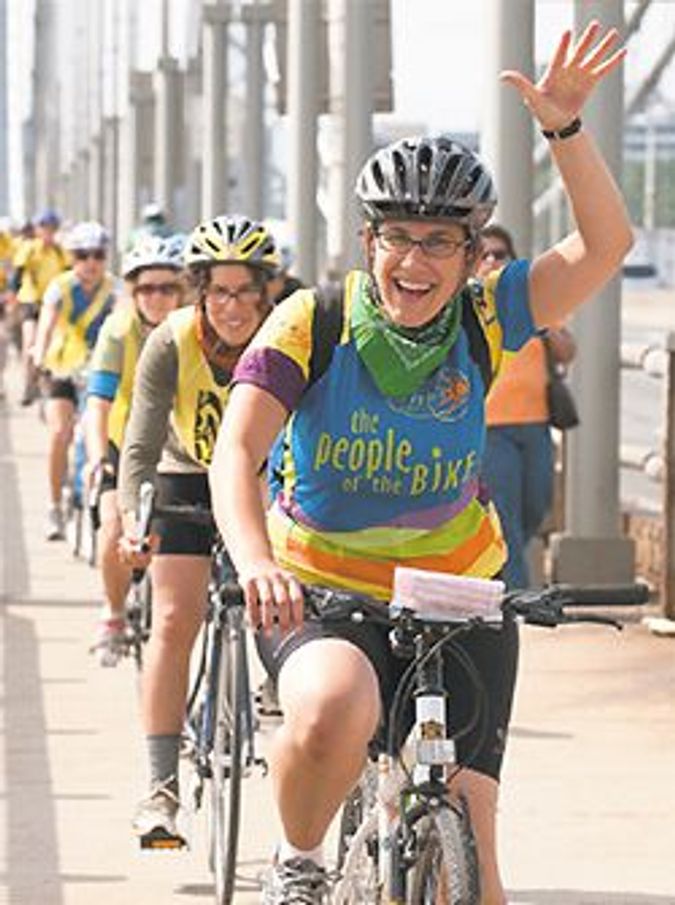 Ten years ago, I founded an organization called “Hazon” — Hebrew for “vision” — because I believed that the Jewish community focused too much on doom and destruction. And that was before so many things got worse in the past decade.

The challenges we face at each level of our lives today are real. Yet, I believe resolutely in the power of human ingenuity and determination.

I revere Jewish tradition, one of the great wisdom traditions of the world. And it is clear to me that renewing Jewish life and confronting the greatest challenges of our generation are inextricably intertwined. We cannot renew Jewish life without addressing a broad range of environmental challenges, and we cannot, as a planet, reach a place of sustainability without the world’s faith traditions helping to chart the path.

Young Jewish environmentalists are taking on these challenges. They’re making commitments to drive less and cycle more, or to live in a smaller home, or to eat less meat, or not to buy disposable plastic bottles that are used for 10 minutes and then litter the world’s oceans for 10 centuries.

These choices are, and should be, thought provoking, and there’s a fine line between ethical choices for oneself and intolerance toward others. But the need to exercise restraint in a global village sheds light on the notion of Halacha, and vice versa, and that’s one of the reasons this is an important issue for the Jewish community.

The world needs all the ancient wisdom we can find right now. The Quakers teach us the value of silence. The Hindus teach us yoga. Western science teaches empiricism. What do the Jewish people have to teach? We introduced into human history the notion of the Sabbath. Wouldn’t the world be a better place if we took a traditional Jewish understanding of the Sabbath — not buying, not destroying, not using our cars, and instead celebrating with friends and family, eating great food and singing — and offered it to everyone? How about the notion of Halacha itself, as a form of freely chosen self-restraint? Or Kashrut, which requires us to think about what is fit for us to eat, and constructing families and communities that support and encourage those choices over decades?

We do not need to look to the relatively obscure doctrine of bal tashchit to underpin contemporary Jewish environmentalism. We need to look, afresh, at the most central elements of Jewish tradition and ask what bearing they have on the greatest issues the world faces today.

In this decade of contraction, the eruption of the Jewish food movement, Jewish outdoor education and a new Jewish environmentalism is startling.

For example, nearly 10,000 people are members of one of Hazon’s 54 Jewish Community-Supported Agriculture programs. Others are drawn to the Teva Learning Center, the Jewish Farm School, Wilderness Torah, the new Urban Adamah program in the Bay Area and the remarkable Kayam program in Baltimore, to name just a few.

Key institutions and communal leaders are starting to think seriously about the place of the Jewish food movement and Jewish outdoor education in American Jewish life. Going forward, we need to address and integrate education, action and advocacy, and we need to do this across the full range of our institutions.

Because if you really want to renew Jewish life, and you want to play some role, no matter how small, in addressing the issues that our kids and grandkids are going to spend whole lifetimes addressing, then this is the moment to make a serious and strategic commitment to health and sustainability within and beyond Jewish life.

A growing number of Jewish groups committed to issues of sustainability are working together to put the next Shmita, the biblical sabbatical year, which begins in September 2014, on the broader agenda of the Jewish community. If you’re a funder — including a federation — think about shifting resources to build toward the next Shmita.

Think about how to integrate Jewish food education, environmental education and outdoor education into the fabric of what you do. In Denver and Boulder, Colo., backed by three foundations, Hazon recently completed a needs assessment across the whole community: What’s going on, what needs to happen, and what might be the next steps toward integrating health and sustainability into Jewish life?

In San Francisco we’re talking with the federation about what it might look like to renew Jewish life in the Bay Area by focusing dramatically and comprehensively, on a multiyear basis, on these issues.

As parents, you can send your kids to Teva. Or start talking about how to weave Hazon’s bike rides and CSAs and a range of local initiatives into the pathway to bar and bat mitzvah, and, crucially, into the post-bar and bat mitzvah period. Think about the role we can play in supporting Israel’s environmental movement — and how doing so also strengthens our relationship with Israel.

Send a big delegation of educators and leaders from your community to Hazon’s Food Conference — as Boulder and Denver did two years ago, with dramatic results. Tell your college students about the Jewish Farm School.

Remember, there are no quick fixes. There is no single action that will, by itself, effect substantial change — not composting, or signing a petition or putting a recycling sticker on your organization.

We nearly lost a generation of American Jews by not holding ourselves to high standards, not believing in what we were teaching and not being serious about the tensions inherent in contemporary Jewish life. If you want to use contemporary environmental issues to help strengthen Jewish life, that’s legitimate, in my view, but to have impact we must be serious both about issues of sustainability and the Jewish content of what we teach. That means reading, learning, being open to complex issues, and acting thoughtfully and strategically going forward.

What’s needed is a steady determination. To act with generosity of spirit toward others, and with a sense of humility in the face of issues in whose shadow we feel useless and insignificant. And to have vision, and hope, and the intuition that the world, once again, needs the Jewish people to be a distinctive and unique light to the nations.

Nigel Savage founded Hazon, which works to create healthy and sustainable communities within and beyond the Jewish world.