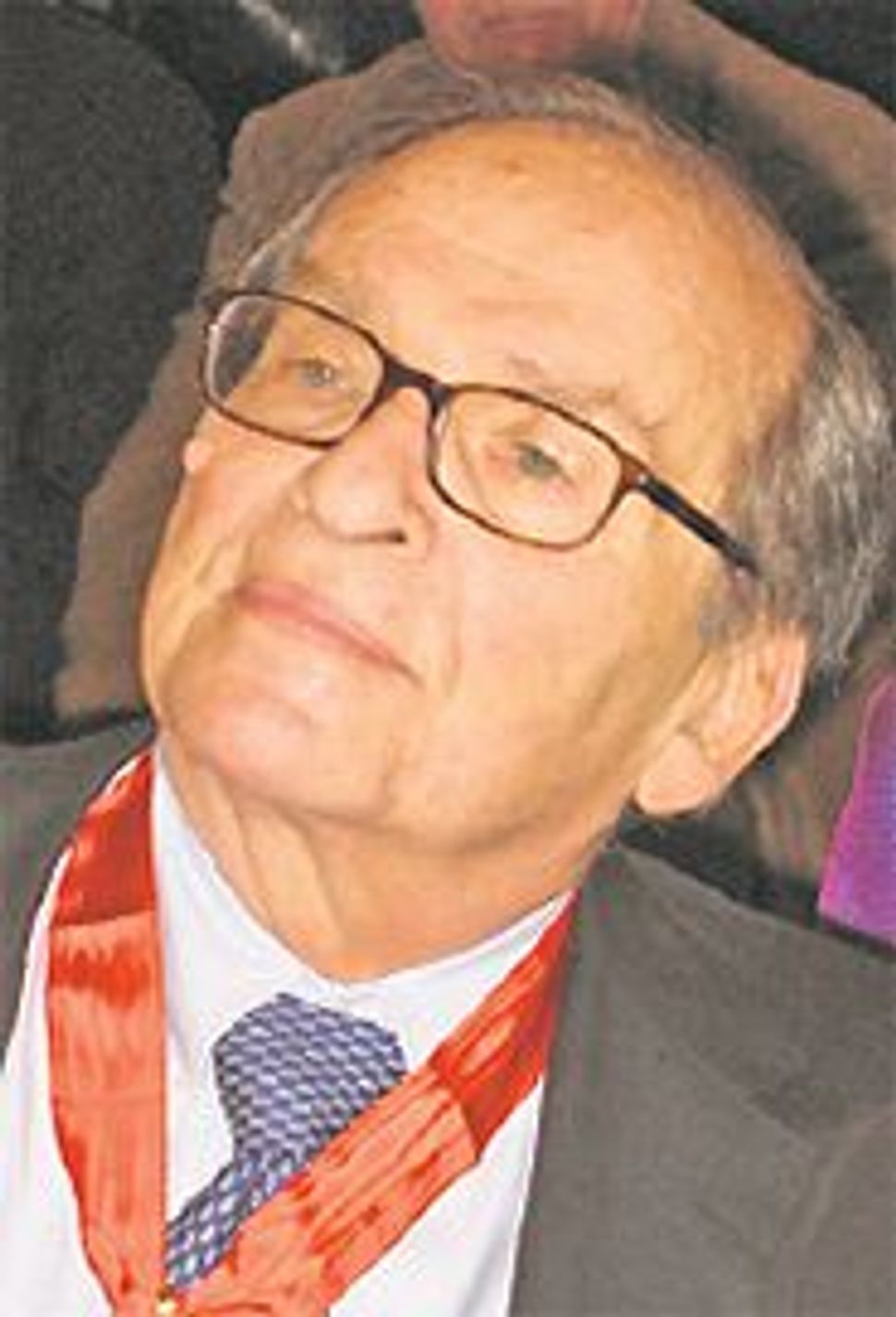 Filmmaker of Conscience: Sidney Lumet died April 9 after a battle with lymphoma. Image by Karen Leon 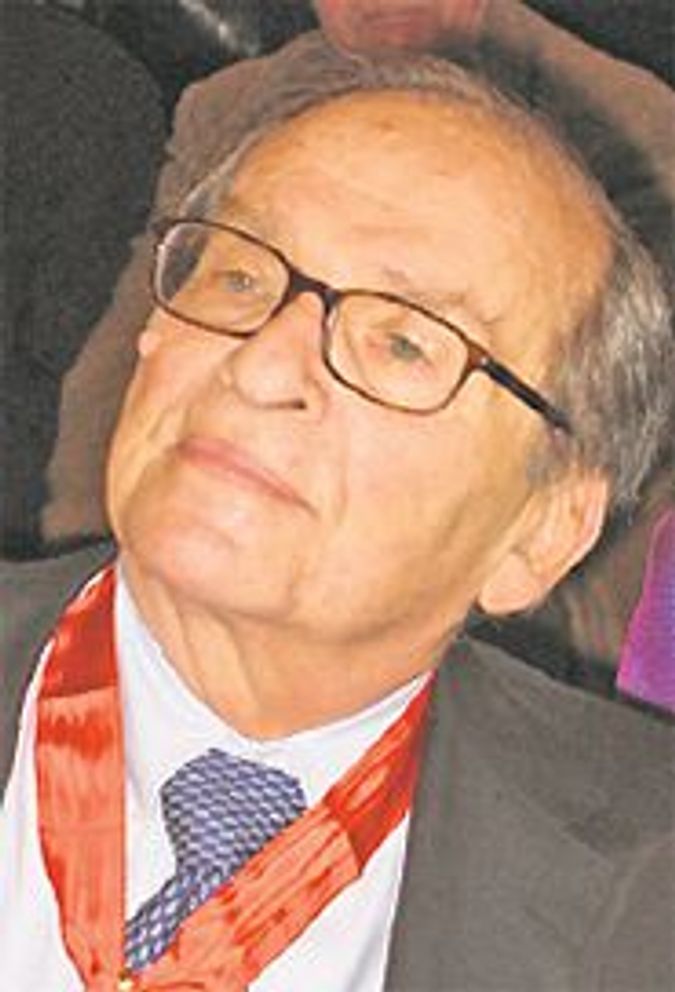 Filmmaker of Conscience: Sidney Lumet died April 9 after a battle with lymphoma. Image by Karen Leon

Just after Sidney Lumet passed away, I received numerous e-mails from film students who fondly recalled his visits with them at Columbia University. A few remembered the emotional wallop of seeing “The Pawnbroker” for the first time, in my American film history course. Others praised Lumet’s humility and candor after a preview of “Night Falls on Manhattan” in our campus screening room. Lumet was unaffected, from his perennial sweater-over-shirt to his no-nonsense explanation of making movies. He was a breathlessly busy and prolific director, but he found the time to encourage aspiring filmmakers. The students’ e-mails that arrived after he died April 9 of lymphoma at age 86 were a testament to the smarts and the sympathy that rendered him less an auteur than a mensch.

Lumet’s career manifested a Jewish secular humanism, beginning with his first feature film, “12 Angry Men.” In my classes, I referred to him as a filmmaker of conscience, especially for the ethical vigor that informs such movies as “Fail-Safe,” “Network” and “The Verdict.” These films reflect his particular time and place of postwar New York City and demonstrate his trademark — taut direction of kinetic actors in urban locales. Long before Woody Allen, Martin Scorsese or Spike Lee, the Manhattan–based Lumet established New York as cinematic turf. He was resolutely East Coast, capturing the rhythm of the city’s streets in his films, from “Dog Day Afternoon” to “Serpico” to “Prince of the City.”

He was born in Philadelphia in 1924, and moved to Manhattan’s Lower East Side at age 2. The son of Baruch Lumet (who played the dying father, Mendel, in “The Pawnbroker”), he began acting at age 5 in a production of the Yiddish theater. The young Sidney also performed on radio, including a weekly Yiddish show called “The Rabbi From Brownsville.” By the age of 11, the professional child actor made his Broadway debut in “Dead End,” leading to quite a career for an adolescent. Roles followed in eight major Broadway shows. He spent one semester at Columbia University, and enlisted in the Army when the United States entered World War II.

In 1947, he created an off-Broadway acting company and ended up as director by default. After this theatrical directing experience, he was offered a position by CBS, and directed live television in that Golden Age of the 1950s. There, Lumet established the reputation that endured for almost 60 years — for directing that was extraordinarily quick, energetic, prolific and focused.

Lumet was one of the pioneers of what we now call docudrama, directing dramatizations based on real events. In 1960, for example, he made the teleplay “The Sacco and Vanzetti Story.” A few months later, he directed for NBC such varied teleplays as “Rashomon” and “The Dybbuk.” He was often drawn to explicitly Jewish subject matter, including films like “Daniel” (inspired by E.L. Doctorow’s “The Book of Daniel,” based on the sons of Julius and Ethel Rosenberg) and “A Stranger Among Us,” which was set in the Hasidic community of Brooklyn. Neither earned the critical success of his direction of “The Shawl,” written by Cynthia Ozick, which brought Lumet back to the dramatic terrain of 30 years earlier, namely Holocaust survivors.

Now that films like “Schindler’s List” have become part of our cultural landscape, it might be hard to imagine the impact that “The Pawnbroker” had in 1965. Refusing sentimentality or happy endings, it is one of the rare American films to confront the Holocaust and its legacy with complexity. If Hollywood movies trot out the violins, Lumet chose jazz musician Quincy Jones for his first film score, enhancing The Pawnbroker’s chiseled portrait of survivor guilt in New York City. Working with the gifted editor Ralph Rosenblum, Lumet used flashbacks to shape Rod Steiger’s haunting performance into a visual analogue for how the mind works. Although the film takes place in 1960s Manhattan, it is punctuated by shots of memory — flashbacks that surface momentarily into the character’s thoughts — searing the present with the ineradicable brand of his concentration camp past.

In Danny Anker’s superb 2004 documentary “Imaginary Witness: Hollywood and the Holocaust,” Lumet talked about the challenges and dangers of cinematically portraying a survivor. He also acknowledged the power that Chaplin’s “The Great Dictator” had over him as a child because it was the first time that he heard the word “Jew” in a movie. Nevertheless, one could say that a Jewish sensibility is even more evident in Lumet’s films with non-Jewish subject matter. Among the best is “The Hill” (1965), a searing drama set in a military prison camp during World War II. Starring a young Sean Connery, it elicits moral indignation as we watch sadistic officers victimize soldiers.

Almost 40 years later, “Strip Search,” which appeared on HBO in 2004, is a disturbing and courageous redefinition of politics into personal illustrations of losing one’s rights. Tom Fontana’s script juxtaposes parallel interrogations in sealed rooms. The same words are spoken by the male interrogator of a young American woman in Beijing, and by a female interrogator of a Saudi Arabian man in New York. Cross-cutting between the two universalizes the question posed in the first scene: A professor asks his students whether they would be willing to give up their rights — if it meant the end of terrorism — for one day. One week? One month? The answer suggested by “Strip Search” is, “not even one hour.” In the climate of post-9/11 patriotism, the film was televised only once and then disappeared from all distribution channels.

“Strip Search” reminds us of the title of another Lumet film, “Q & A.” He did not just engage in questions and answers, but also in questioning the answers. His concern with justice might have been informed by a talmudic tradition particular to children of Ashkenazi Jews in the 20th century: Lumet embraced moral ambiguities and explored the risks and responsibilities of enacting conscience.

Annette Insdorf is director of undergraduate film studies at Columbia University, and the author of such books as “Indelible Shadows: Film and the Holocaust” (Cambridge University Press).