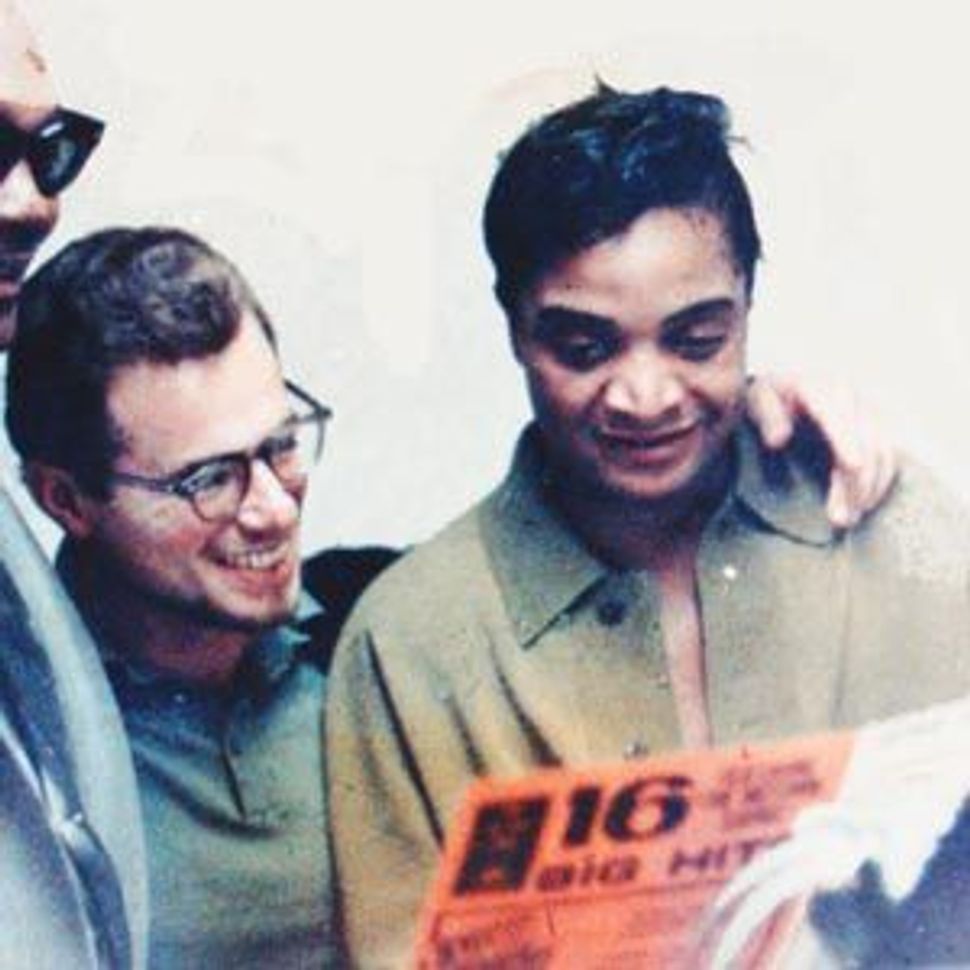 Getting Chummy: Simon Rutberg met Jackie Wilson in the mid ?60s while working at Norty?s Music, which Rutberg later purchased and renamed Hatikvah Music. Image by Courtesy of Simon Rutberg

On a recent Sunday morning at Canter’s, the legendary Los Angeles deli, business was brisk. As usual, the customers were an eclectic mix: hipsters, rockers, senior citizens. And, at a table near the front sat Simon Rutberg, a slim, graying man in glasses and a black T-shirt.

Rutberg himself is something of a legend. The brief version is that for 15 years, Rutberg ran Hatikvah Music, a literally world-famous — but now lamentably defunct — Jewish music store on Fairfax Avenue, opposite Canter’s. Now Rutberg operates a website, Hatikvahmusic.com. He also releases his own compilations, most recently “Jewish Soul: The Heart and Soul of Jewish Music,” a collection of Jewish classics. 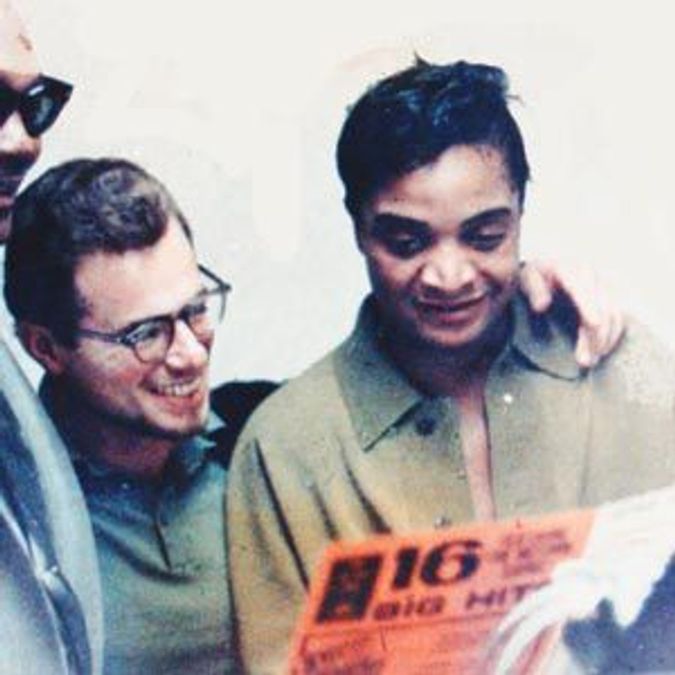 Getting Chummy: Simon Rutberg met Jackie Wilson in the mid ?60s while working at Norty?s Music, which Rutberg later purchased and renamed Hatikvah Music. Image by Courtesy of Simon Rutberg

Over breakfast, Rutberg — who calls to mind a crankier, funnier and younger version of Larry King — told this reporter all about how he became a leading advocate for the genre.

“I started working at Norty’s Music in 1965 or ’66,” Rutberg said. “It was one of the most important record shops in L.A. There was Jewish music on one side, and pop, rock and classical on the other. Jerry Leiber [later of Leiber & Stoller, one of the most successful songwriting teams ever] worked there for five years. Phil Spector used to drop by. Herb Alpert would come in, talking about some new tune he had written.”

Rutberg didn’t set out to become an expert in Jewish music. “My first love was ’50s music,” he said. “Doo-wop, Perry Como — all that stuff is still in my CD player.” He also loved rhythm and blues. In the 1960s, Rutberg cultivated a friendship with Jackie Wilson, the influential singer. But even here, the conversation quickly turns back to Jewish themes.

“Jackie told me that he was Jewish. He sure loved Al Jolson — he did a Jolson tribute album. There were a lot of connections between blacks and Jews in the ’50s and ’60s. I once had a three-way conversation between Jackie and James Brown in Yiddish,” Rutberg said.

After graduating from California State University, Los Angeles (he declined to say when or to give his age), Rutberg tried his hand at the clothing business. But in 1989, seeing an opportunity, he took over Norty’s and changed the name to Hatikvah Music.

“The store did very well,” he said. “I got a lot of press all over the world. We had 3,000 different Jewish recordings. We had over 250 Ladino [Judeo-Spanish] recordings. For three years, my No. 1 selling CD was a Ladino recording from Greece.”

With Rutberg an evangelist, as it were, those with an interest in Jewish music quickly came to know Hatikvah.

“Leonard Cohen used to come in every year or so. Every time, he’d buy the same Shalom Katz cassette. He’d listen to it until it wore out. I said to him, ‘Is he the only cantor you like?’ He said, ‘Is there something else?’ I picked out six CDs of cantors from before the war. Two weeks later, he comes in with a list: ‘I want this, this and this.’ The store could open people up like that.”

In 2005, Hatikvah Music had to close its doors, another victim of the real-estate bubble’s rising rents. This was the only time in our conversation that Rutberg revealed any bitterness: “They destroyed a good Jewish area,” he said, referring to developers.

But on mention of his latest CD, Rutberg’s enthusiasm returned.

“I’ve had the idea for ‘Jewish Soul’ since the ’80s,” he said. “I used to tape songs off the radio, eclectic mixes. And I noticed that a lot of artists, many who weren’t Jewish, recorded Jewish songs. It was very common in the ’40s and ’50s. So eventually I put together a CD.”

Rutberg became almost lyrical when discussing the art of compilation.

“You have to have a flow,” he said. “You don’t want a jarring effect. Like you don’t put Led Zeppelin after Pavarotti.”

Alas, no Yiddish covers by Led Zeppelin appear on “Jewish Soul.” But the CD still has its charms. Highlights include Tom Jones schray-ing “My Yiddishe Mamma” and Johnny Mathis crooning “Eli Eli.” The showstopper is the drama, sex, and impressive Yiddish diction that Eartha Kitt brings to “Rumania, Rumania.”

To my mind, “Jewish Soul” is a fine introduction to the Jewish music of the 1950s and ’60s. Rutberg certainly hopes that the CD will appeal to a wider audience — while simultaneously revealing a charming stubbornness.

“I want the songs to appeal to Jews and non-Jews,” he said. “But it is Jewish. In the old days, you couldn’t put the word ‘Jewish’ in the title. You had to say ‘Hebrew.’ Well, my CD is Jewish, and if you don’t like it, tough sh—.”