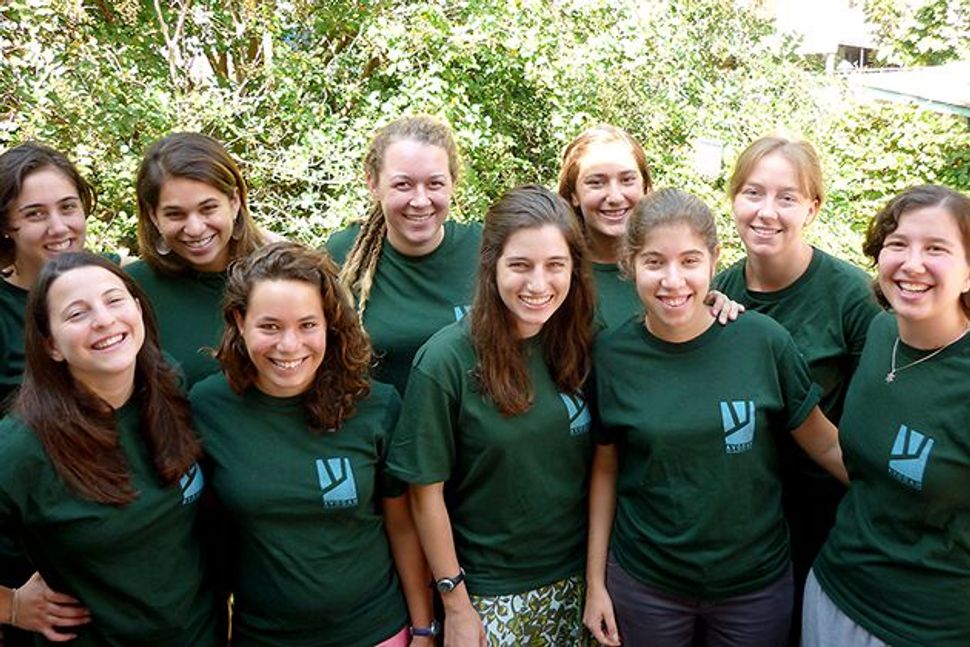 Laura Taishoff never intended to stay in New Orleans beyond her year with Avodah, the national Jewish service corps.

“I decided to stay because I felt really comfortable here,” the Katonah, N.Y., native said. “I felt like I was developing here Jewishly more than I ever had anywhere else, and I knew that I had a better chance of getting a job here based on my experiences and connections.”

Taishoff continues to work for the juvenile public defender’s office — the job she began during her time with Avodah — as an educational advocate, and now she lives in the local Moishe House, a nexus for pluralistic Jewish 20-somethings. While she acknowledges that her transition to New Orleans in 2009 was “weird at first,” the local Jewish community’s denominational makeup intrigued her.

“The thing that initially struck me about it is that there’s a camaraderie between different synagogues and organizations, and that’s different from any Jewish community I’ve ever been a part of,” she said.

Taishoff’s case is becoming commonplace. After Hurricane Katrina, the local Jewish population dwindled in the beginning of 2006 to 6,000 from 9,500, according to the Jewish Federation of Greater New Orleans. The aging community, about 75% Reform Jews, was on the verge of a further decline, but thanks to the 1,400 newcomers like Taishoff — many of whom came to the city to help rebuild it or to volunteer with organizations like Avodah or AmeriCorps, or who decided to stay after attending college at Tulane University — the picture looks different.

The change, for now at least, seems to be a lasting one. Young Jews are staying in the city to take advantage not only of a friendly religious community they feel they can’t find elsewhere, but also an entrepreneurial boom that has fostered many successful start-ups. In fact, the development of this sector of the economy both locally and statewide has earned Louisiana the moniker Silicon Bayou.

If more incentive is needed, JFGNO’s retention initiative, The Newcomer’s Program, awards a grant of $1,800 to each transplant, and offers complimentary one-year memberships to synagogues and other local Jewish organizations. The JFGNO has spent $600,000 on the program so far, and will spend an additional $400,000 over the next three years.

“The newcomers are slowly changing religious life on the whole,” explained Michael Weil, executive director of the New Orleans federation. “Their profile is different — only 60% Reform, and the rest are Conservative and Orthodox, so we have an influx of more traditional people.”

“I think there are people who come down from the northeast who may have a conservative background, who may feel comfortable at Touro Synagogue, which is more on the traditional side of Reform,” he said.

Rabbi Ethan Linden, who came to the Conservative synagogue Shir Chadash in 2009 from Camp Ramah New England, said that the influx of younger members is unprecedented. “It’s rare for a suburban community like mine to have young, unmarried 20-somethings be involved in our synagogue,” he explained.

Taishoff is a member of Shir Chadash, which is located in Metairie, a suburb of New Orleans in Jefferson Parish.

“The rabbi and his wife are a huge part of how my Jewish identity has developed over the past year,” she said.

Today, however, the newcomers are moving uptown, and not to Metairie.

Graduates of Avodah, which began its New Orleans program in 2008, are part of the demographic shift.

To compensate for the migration, Shir Chadash holds Sabbath services uptown a few times each year, using the Tulane chapel on Friday evenings and the uptown Jewish Community Center on Saturday mornings.

“One of my goals was to position ourselves as a New Orleans synagogue, not a Metairie synagogue,” Linden said. “When we do Friday nights uptown, we get 120 people.”

Despite these efforts, there is still a void for those living uptown, notes New Orleans’s Avodah program director, Josh Lichtman, a Detroit native who moved to New Orleans three years ago.

“Uptown only has a couple of Reform synagogues, but Shir Chadash and Beth Israel are out in Metairie, which is a difficulty for people who want to keep Shabbat and don’t drive,” Lichtman said.

To help fill the void, in 2010, Avodah alum Yaeli Bronstein, from Teaneck, N.J., and eight others created Minyan Nahar, or the River Minyan, named for its proximity to the Mississippi River. The first independent minyan in New Orleans, it meets every few months in people’s homes, and services range from traditional to meditative. Bronstein said that their average crowd is 20, but one time they had 40 people.

While Bronstein and others are hopeful that the community can become self-sustaining, Linden cautions that although the wave of newcomers is impressive, its permanence remains an unknown.

“I think the influx of these young people has created an exciting crew who are pushing for more learning,” he said, “but the question is, will they be here in two, 10 or 20 years.”

Allison Good, a freelance writer and former staff reporter for The Times-Picayune, lives in New Orleans. She blogs at http://awgood.wordpress.com