After Bin Laden: Revisiting Loss, Questioning the Nature of Justice 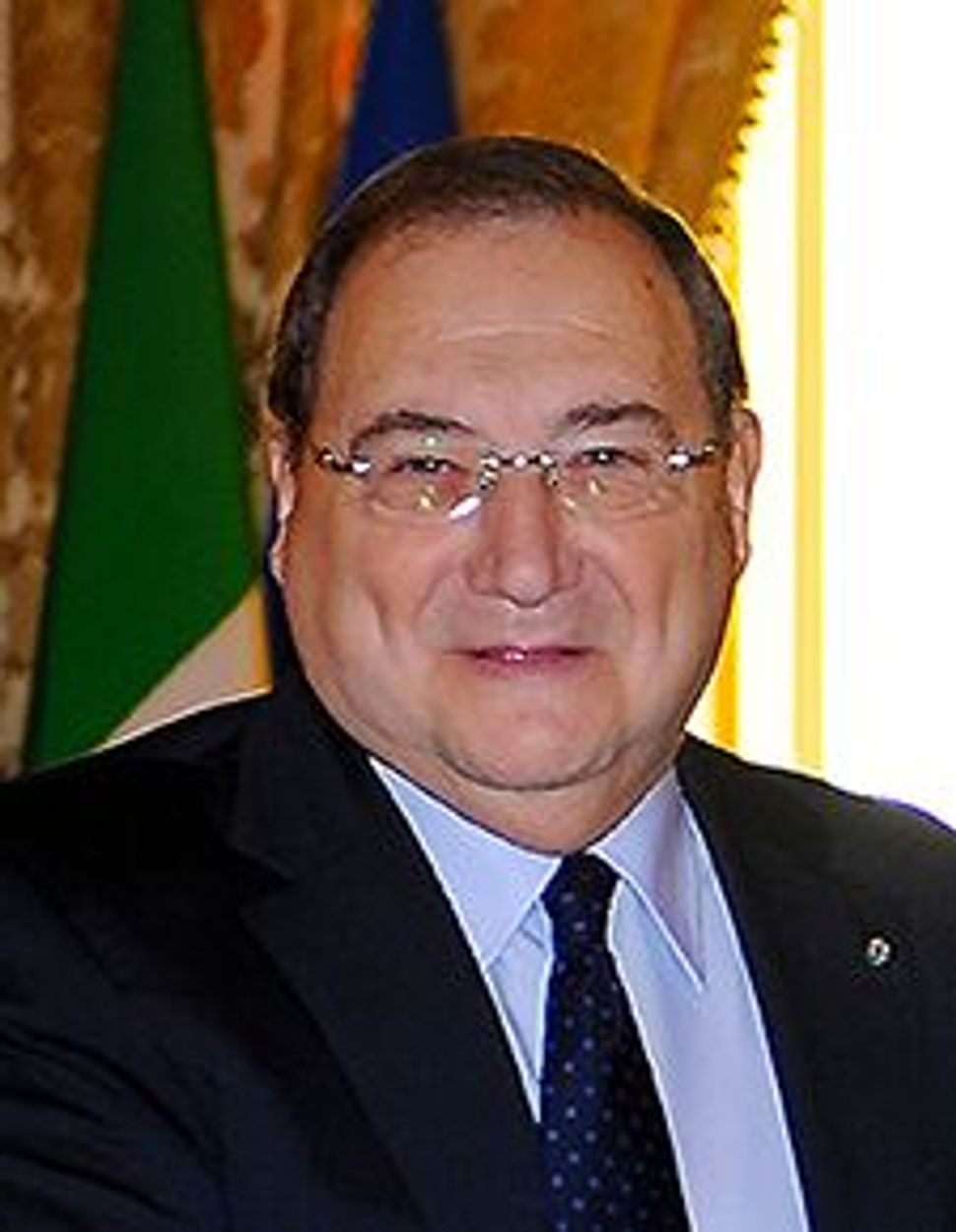 Parallels: Abraham Foxman said hearing of bin Laden?s death was like hearing of the capture of Nazi war criminals.

News of the killing of Osama bin Laden sent many out to the streets and glued many others to TV screens. But for some in the Jewish community, the news offered an opportunity to revisit an event that touched them individually more than it did most others. 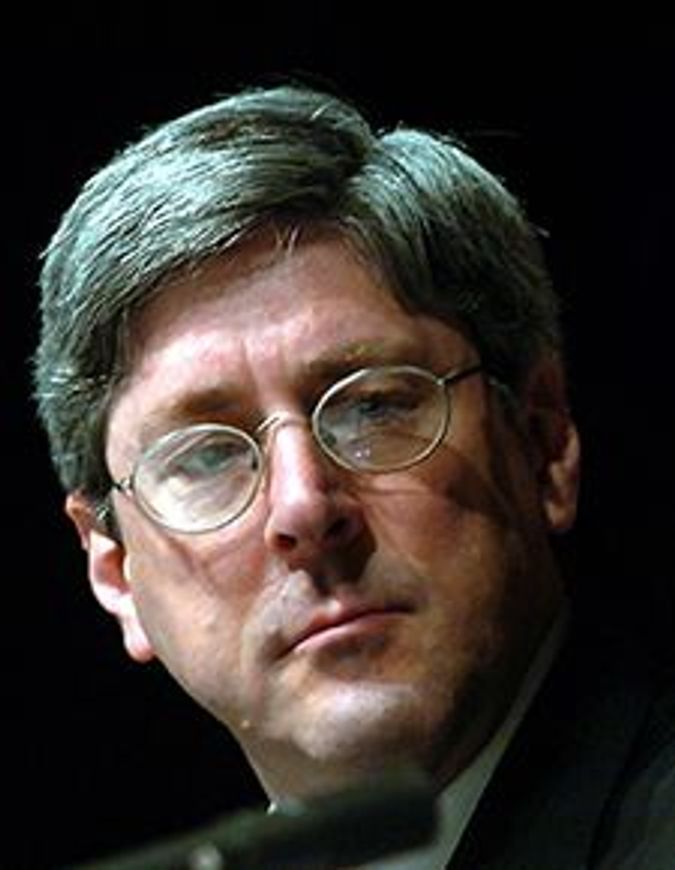 Bereaved Jewish families who lost loved ones in the attacks, communal leaders whose work was shaped by the new reality 9/11 created and rabbis expected to deliver a spiritual meaning for unprecedented events –— all had their own reactions.

Interestingly, for many the focus was on questions of vengeance and justice, the meaning of the event in the context of their own sense of loss and on the crowds that gathered to exult in the killing of a fellow human being who killed so many others.

For Herbert Kestenbaum, a retired journalist living in Pennsylvania, 9/11 hit close and hard. His brother, Howard, was killed in the World Trade Center attack.

“I was in the news room at the [Philadelphia] Inquirer,” he recalled. “I had heard the news on the way in.” But Kestenbaum did not know his brother’s office had recently relocated to the southern tower of the World Trade Center until he got a call from another brother, who was already deeply concerned. “I thought I could continue working, but after 20 minutes I gave up, went out for a long walk and then returned home,” Kestenbaum said. 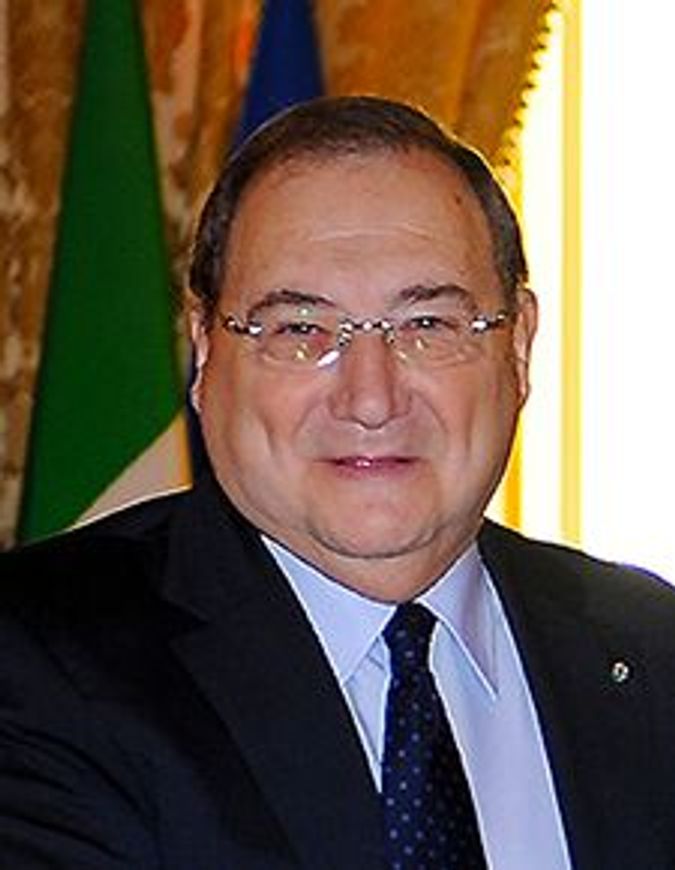 Parallels: Abraham Foxman said hearing of bin Laden?s death was like hearing of the capture of Nazi war criminals.

The family later learned that Howard was among those who stayed behind to help others evacuate the tower, but could not save himself.

In late September of 2001, Herbert spoke at a memorial service held at his brother’s synagogue in New Jersey. Howard was active in the synagogue’s soup kitchen and had grown interested in Kabbalah.

“I didn’t know much about Al Qaeda or bin Laden at the time, but I knew that whoever did it acted cowardly,” said Herbert Kestenbaum. Since then, he has learned much about the terror network and its leader. But Kestenbaum had no sense of joy or closure when news of bin Laden’s death reached him. “It doesn’t cause any relief,” he said. As time passed, “it became clear to me that his death won’t bring back my brother or the others who were killed.”

The killing of bin Laden on May 1 in his compound in Abbotabbad, Pakistan, came too late, he said. “I had already made my peace with what happened. After so long, you already reach your closure on your own.”

News of the September 11 terror attacks reached then under secretary of defense for policy Douglas Feith in Moscow, where he was leading a Pentagon mission in talks with Russian officials. With all commercial air traffic to the U.S. put on hold, Feith boarded a military plane in Germany alongside other top defense officials who were stranded abroad. A conversation was struck up with General John Abizaid, who was with the Joint Chiefs of Staff at the time, Peter Rodman of the Pentagon and his deputy, William Luti. “We tried to understand what does it mean to be in war with terror? Who is the enemy? How do we do it,” Feith said. The biggest question, he recalled, was how to define the war’s aim.

Not being able to reach an answer, the group decided to look at it from the other side: What would it mean to lose this war? “It became clear that if there is a series of attacks like this, we will lose the free and open nature of our democratic society.”

The military plane flew over New York, where smoke was still covering lower Manhattan, and landed near Washington just in time for Feith to make it to a meeting with President George W. Bush. In that meeting, Bush tasked the Pentagon with coming up with a war plan. “It was not a retaliation,” Feith said. “It was about preventing the next attack.”

Although Feith never thought that going to war was about getting back at bin Laden, he admits that it would have been “unsatisfactory” to hear that the leader of Al Qaeda had died in his bed of old age.

“It is significant, but it doesn’t end the problem,” he said. The killing of bin Laden, Feith believes, could be used to educate young Muslims about the danger of extremist ideologies.

Philosophically, Feith has reservations about the crowds that converged on the White House, Times Square and Ground Zero, shouting “U.S.A.!” upon hearing that bin Laden had been killed. “There is a lot to be said about the moral education we get from reading Shakespeare, about the warning of pursuing revenge and the need for humane response for all human beings. But I also understand that on a national level, when you have a major enemy that has launched war against us, his death will lead people to celebrate.”

Those images of Americans cheering bin Laden’s death troubled Rabbi Eric Yoffie, the outgoing leader of the Union for Reform Judaism, as he contemplated recent events. “I must acknowledge I was a bit taken aback with that,” Yoffie said. “The notion of going out to the streets to celebrate someone’s death would not cross my mind.”

But Yoffie hastened to make clear he had no qualms with President Obama’s decision to launch the operation targeting bin Laden. Yoffie first spoke on the need for justice on September 11, 2001, after he watched with horror the planes crashing into the World Trade Center while visiting nearby Hebrew Union College in downtown Manhattan. “We tried to make some sense of what had just happened,” he recalled. Yoffie reminded the rabbinical students that “sometimes in the Jewish tradition, especially for those of us who are on the progressive side, we’re inclined to forget the capacity of humankind to do evil.” And while Yoffie believes that revenge is specifically forbidden by the Torah, there is a clear need for justice. The example that came to Yoffie’s mind when thinking of bin Laden was that of Israel’s operation to find and kill the terrorists responsible for the 1972 attack at the Munich Olympics. “The pursuit of justice is often not neat, not pretty and not clean, but it is still essential.”

Robyn Bernstein, who lost her mother in the attacks, has since taken on the moral issue of the war on terror. Bernstein is on the steering committee of Peaceful Tomorrows, a group of 9/11 families who advocate an end to the wars in Iraq and Afghanistan and the closing of the Guantanamo detention facility. “I became active because I found after 9/11 that I am not angry. I didn’t need a war or two,” she said. Bernstein, a therapist living in Bolton, Mass., stresses that it is those who carried out the attacks she wants to see held responsible, not anyone else.

Bernstein’s mother, Roberta Bernstein Heber, worked at Marsh & McLennan in the World Trade Center. The family kept vigil at her apartment for two weeks, until finally learning she was among the dead.

On hearing that bin Laden, the mastermind of the attacks that killed her mother, was dead, Bernstein said she felt a “sense of relief,” but nothing else. “I did not feel any joy. This is a death of a human being, and it would be nice to see a trial so people could see the American justice system at work,” she said.

As with Kestenbaum, the news also failed to bring with it any closure, Bernstein said. “My mother was still murdered, and nothing has changed with the death of bin Laden.”

For Rabbi Simkha Weintraub, dealing with bereaved families has been a daily task since 9/11. Weintraub, rabbinic director of the Jewish Board of Family and Charitable Services in New York, arrived in Manhattan on September 11 just after the first plane hit. Travelling to his Midtown office, he was struck by the friendships developing between strangers caught together in unique circumstances. “People started to relate to each other in a kind of support and concern,” he said.

Since then, Weintraub has been trying to use this type of communal support to help a group of bereaved Jewish mothers who lost loved ones in the attack. “Their loss is very public,” he said, explaining that this is helpful at times, thanks to the amount of attention they receive. But at times, their public loss presents unique challenges, such as being exposed to the frequent mention of their tragedy. He had not yet had a chance to discuss the killing with the support group, but he knows from past events that reactions are usually mixed: Some feel relief, while for others it is a reminder of their pain.

Weintraub found himself struggling with how to interpret the news of bin Laden’s demise. “I was asking myself, am I really happy now? What is this thing I want to end? I want bin Laden to end, but the reality is that terror will not end.”

Abraham Foxman, national director of the Anti-Defamation League, believes that there is value in the killing of bin Laden. He does not share the sense of unease at the sight of young Americans celebrating the terrorist’s death. “I felt good,” he said. “You are celebrating on behalf of the good. It is still good over evil.” On 9/11, Foxman was on a plane at La Guardia airport waiting for takeoff when air travel was stopped. From the window he saw the smoke rising. “Frankly, I had no time for philosophical thoughts. We were busy making sure everyone was safe and secure,” he said. But now, the news of bin Laden’s killing brings some contemplation.

Foxman, a Holocaust survivor, said hearing of bin Laden’s death provided him with a sense of vindication similar to that he used to get when hearing of the capture of another Nazi war criminal. “It’s a small measure of justice,” he said. “It is like the message sent to that Nazi, that until his last day he will never be able to sleep in peace.”

After Bin Laden: Revisiting Loss, Questioning the Nature of Justice