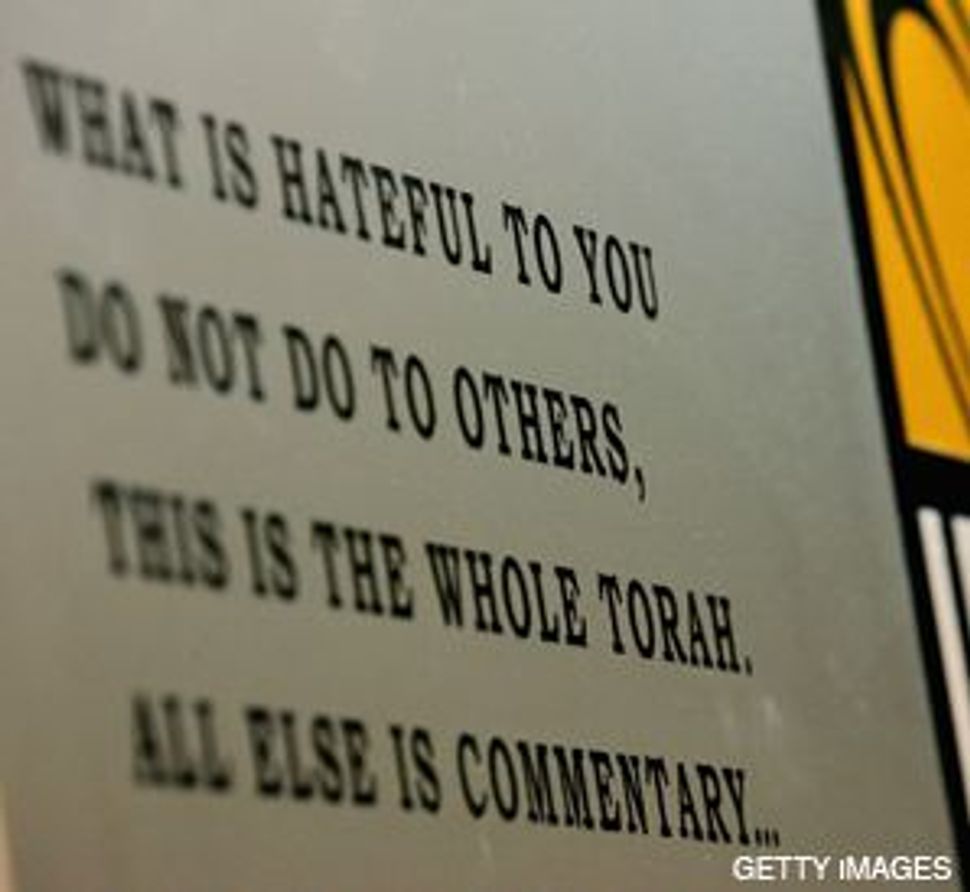 PHONE HOME: A sign at the Israeli headquarters of the IDT company, an American firm that has employed hundreds of American immigrants to Israel at its Israeli outpost.

Haifa, Israel – An American company that hoped to turn Jerusalem into the “outsourcing capital of the world” is seeing its dream become a nightmare, with hundreds of desks reportedly empty due to layoffs. 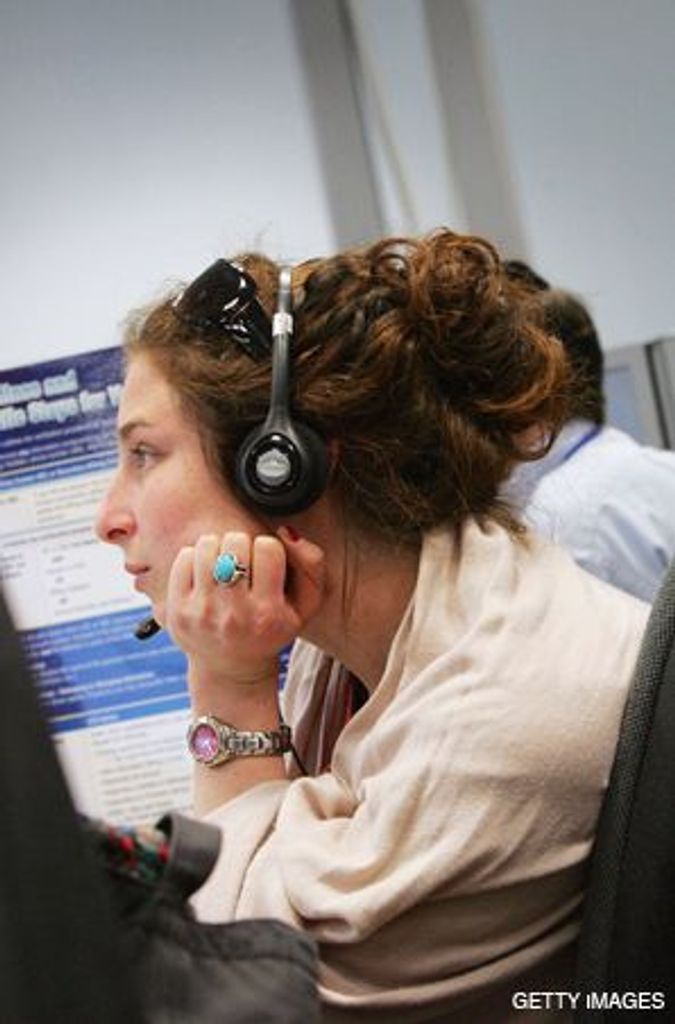 DIALED DOWN: Several hundred IDT employees have been laid off. 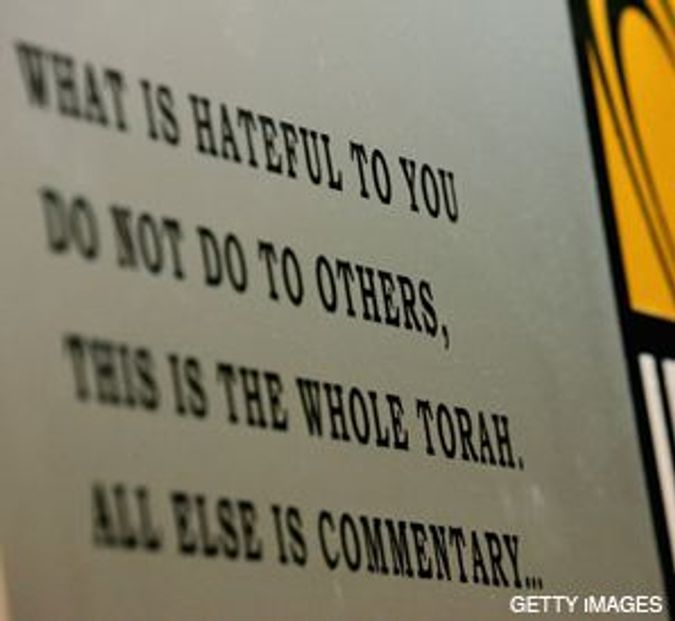 PHONE HOME: A sign at the Israeli headquarters of the IDT company, an American firm that has employed hundreds of American immigrants to Israel at its Israeli outpost.

The operation has been “killed by the currency market,” said the company’s founder and chairman, New York telecommunications mogul Howard Jonas, in an interview with the Forward. He was referring to the decline of the dollar against the shekel.

The company, the Newark, N.J.-based IDT Corporation, set up an Israel call center six years ago, amid high hopes. The company acted on the principle that a pool of native English speakers would give the Israeli center an edge over outsourcing operations in places like India. Jonas, a prolific giver to pro-Israel and Modern Orthodox causes, has the reputation of marrying his business interests and his desire to help the Jewish community, going so far as to host a yeshiva in his firm’s New Jersey headquarters. Jonas had personally pushed the call center to ease the employment difficulties faced by American immigrants to Israel.

IDT Global, the subsidiary that oversees Israel operations, established call centers in Jerusalem, Tel Aviv and Beersheba. Strategic plans disclosed in a 2006 press release set out an aim of boosting Israel operations to 2,000 agents from 850 within two years.

But staff levels stayed at those of 2006, sometimes increasing during busy spells, throughout the period of supposed growth. This past May, when the target of 2,000 was to have been reached, staffers were instead laid off — some 170 individuals according to Jonas’s estimate; more than that, according to several laid-off workers.

Laid-off telemarketer David Ibarra told the Forward that prior to his dismissal in early June, “every day there was someone who was fired.” He estimated that the layoffs have now exceeded 300 — a figure cited independently by other former employees.

The damage of the IDT crisis is not limited to those directly laid off; shockwaves have reverberated through the country’s entire English-speaking community. IDT had been described by immigrants as providing new Israelis with peace of mind — a sense that whatever employment difficulties people faced, they would rarely be without work. Good spoken English almost certainly meant there was a job waiting at IDT.

“There was a perception that this was a safety net,” said Josie Arbel, director of immigration absorption services at the Association of Americans and Canadians in Israel, where applications for job assistance have risen by 50% as a result of the layoffs. “People said, ‘If I don’t find work, there’s always IDT.’ That sense of a safety net is no longer there.”

IDT is “downsizing our Israeli call center due to our focus on lowering costs,” a company report on this third quarter said. According to Jonas, the Jerusalem operation has lost at least $3 million in the past year, although it ran at a profit — “not a high margin,” he said — during the early years.

Rumors are rife among former employees and counselors at immigrant support organizations that closure is inevitable. “They are talking about closing down. This is the rumor from people who are leaving,” said Pnina Halberstadt, an employment counselor at the American-Canadian association.

Until now, IDT has refused to clarify the situation, and maintained a stony silence with the Israeli press. Although the Israel office is still declining to comment, Jonas told the Forward that the layoffs are a result of his company giving Israel CEO Eli Ninio and his associates “a free hand to run the business as they see fit, with the expectation that IDT will become a minor partner in the business.” Ninio, he disclosed, is in the process of buying an 80% stake in the Israel operation.

Jonas said that IDT decided to give up control because of the sharp devaluation of the dollar against the shekel. The profitability of the operation depended, he said, on the fact that Israeli call handlers were working for $2 to $3 less per hour than their American equivalents — a saving that was swallowed up when the dollar devalued. “Because what we were selling in the call center is labor, and when the cost of labor goes up, we go in to a loss,” Jonas explained.

He added that the obvious way of overcoming this is to take on Israeli clients. He said, however, that IDT had neither the local contacts nor the cultural mindset to do so. As a large international corporation, “IDT was not in a position to do business on the basis of a handshake, but that is how business is done in Israel,” Jonas said.

Ninio is now cutting deals with Israeli clients. As a result, Hebrew speakers who take Israeli calls are replacing some of the laid-off employees.

But Jonas claimed that it is not all bad news for Israel’s English speakers. He predicted that the ability to work more “informally” will enable Ninio to attract new international clients as well as Israeli contracts, and find ways of cutting costs in order to make deals profitable.

Still, Israel’s English speakers are not holding their breath. At the American-Canadian association, the volume of requests for help has been so large that immigrant counselor Arbel has been forced to run special employment workshops. “Many English-speaking olim did not have working there as a career goal, but have been able to arrive and support themselves as a result of these centers,” Arbel said. “We are trying to help people re-enter the work force.”

There is still a state of shell shock from the fact that a seemingly secure source of work has turned out to be anything but. American immigrant David Ramati, who worked at IDT for three years, most recently as a supervisor, recalled: “They told me to get up and leave within five minutes — that’s how people were let go. They escort people to the door — sometimes in the middle of a night shift.”

New Jersey native and former IDT telemarketer Gregg Pilchman said that the layoffs are terrible news for English-speaking immigrants. “You could get off the plane and, with English and a modicum of sales experience, have a job within a week,” Pilchman said. “IDT provides a leg up in Israel for people who do not yet speak Ivrit,” or Hebrew.

As for the cause of the layoffs, former employees and economic analysts pointed to problems at the operation that predated the drop of the dollar. Ramati said that Israel simply cannot compete with India. “Highly intelligent Americans who have degrees and sometimes Ph.D.s work for much more than people elsewhere,” he said.

Ibarra pointed to what he called “poor management” as a factor. “They are amateurs there,” he said. Several other former employees echoed the charge, including Ariya Gothelf, who started at IDT shortly after arriving in Israel from New Jersey two years ago and left last summer. “A team of callers was meant to support a large group of managers,” he said. “The operation was top heavy.”

“This model of outsourcing never became profitable,” said economist Aaron Katsman, managing director of America Israel Investment Associates, LLC. “They were not getting the volume and quality of contracts they hoped, and there is a feeling that the operation expanded too quickly, out of sync with the contracts coming in.”

With this approach, a crisis was “inevitable,” Katsman said. “Altruism is great, trying to provide employment for olim is great, but with a company, it is a matter of making money.”