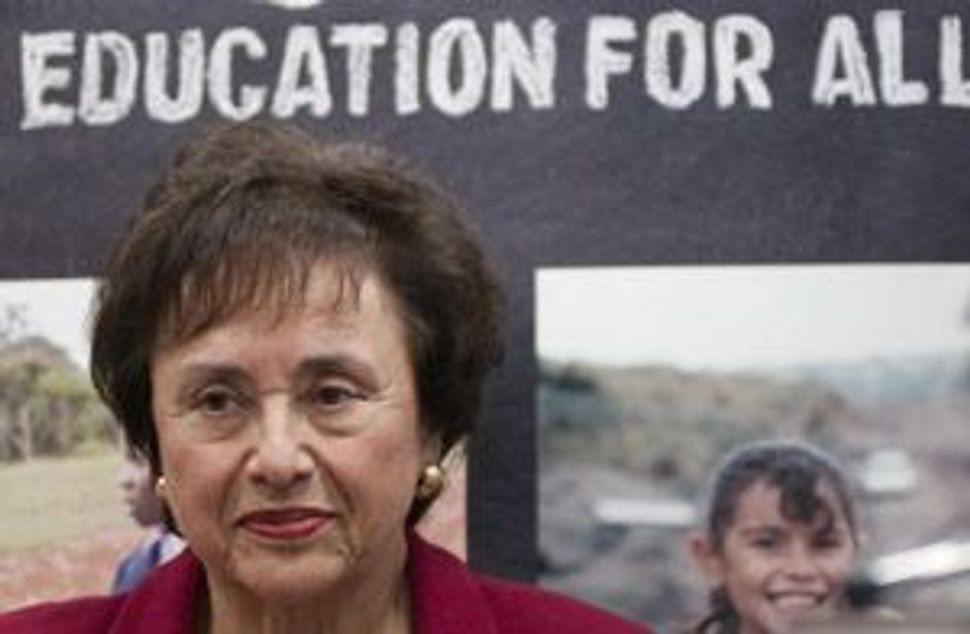 Congress’s power of the purse is emerging as a key factor in Washington’s effort to influence events in a rapidly changing Middle East.

First and foremost, Congress is reacting quickly to the Palestinian unity government recently announced by the moderate Fatah faction controlling the West Bank and the Islamist Hamas running Gaza. While the Obama administration has maintained a wait-and-see approach toward this development, key members of Congress are launching an effort to block American foreign aid to the Palestinian Authority if Hamas enters the government. 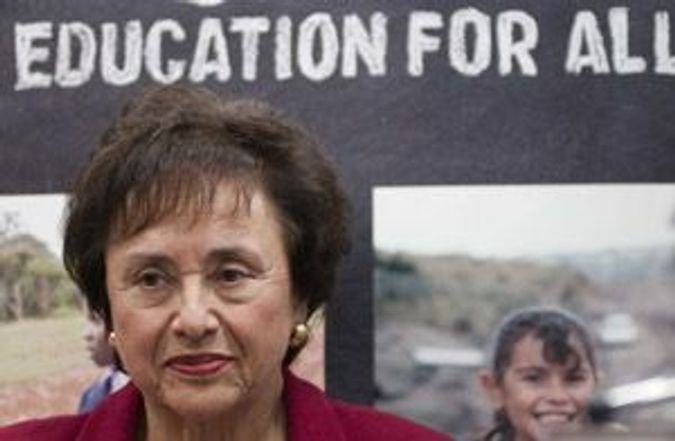 Meanwhile, facing a new reality in Egypt, lawmakers and the White House seem willing to maintain American military aid to the government in Cairo at current levels but are showing little enthusiasm for entreaties from that government for a boost in civilian aid to meet urgent needs such as housing.

“We are going to underfund foreign aid, and that will make things much more difficult for us in the future,” warned Graeme Bannerman, scholar at the Washington-based Middle East Institute and former lobbyist for Egyptian interests in Washington.

The discussion over foreign aid to the Middle East is being conducted against the backdrop of increasing calls for austerity and against reluctance among lawmakers to approve any new budgetary expense. And while Israel, with an annual aid package of $3 billion, has been reassured that American funding is safe, its neighbors in the region are faced with both economic and political hurdles in Congress when seeking a share of foreign aid from the United States. The P.A. has enjoyed a four-year honeymoon in which Congress, at the urging of the Bush and Obama administrations, has increased direct funding to it as part of an effort to embolden the moderate Fatah government led by President Mahmoud Abbas. But in a May 6 letter to the White House, 29 Democratic senators urged President Obama to “make clear to President Abbas that Palestinian Authority participation in a unity government with an unreformed Hamas will jeopardize its relationship with the United States, including the receipt of U.S. aid.”

A similar sentiment was expressed in the House by senior representatives of both parties. Rep. Kay Granger, Republican chair of the Foreign Operations Appropriations Subcommittee, and Nita Lowey, ranking Democrat on the subcommittee, penned an April 28 letter to Abbas in which they warned that his recent decisions could “threaten the provision of United States assistance and support.”

This year, the P.A. received $550 million in American aid. This sum represents direct budgetary assistance to help the P.A. pay salaries and conduct its business, as well as funding for projects in the West Bank carried out by the U.S. Agency for International Development. According to international estimates, a third of the P.A.’s budget comes from foreign aid from the United States, European governments and other countries, and if this aid were to end, the P.A. would face bankruptcy.

The 2011 aid package to the Palestinians has already been appropriated but could be blocked once the administration reports to Congress about its intentions to actually transfer the funds. The main threat, however, relates to the 2012 foreign operations budget that is now being written in Congress.

Lawmakers have pointed to existing legislation that prohibits the United States from providing financial aid to the P.A. if it includes members of Hamas.

The American Israel Public Affairs Committee, the Washington-based pro-Israel lobby, has endorsed calls to cut aid to the P.A. if Hamas joins a unity government. In a set of talking points it issued on May 5, AIPAC called for the suspension of such aid until the P.A. makes clear that it accepts the three conditions set in 2006 by the United States, Russia, the European Union and the United Nations — the so-called International Quartet that has been working to advance the peace process. Those conditions are: renunciation of violence, recognition of Israel’s right to exist and acceptance of previous agreements reached with Israel.

Americans for Peace Now, on the other hand, argued that the existing law does not require adopting the Quartet conditions and distinguishes between the Palestinian government’s recognition of Israel and that of Hamas as a party. This interpretation could leave the door open to continuing American funding if the new government is made up of technocrats and not party officials. In recent years, the administration and Congress managed to overcome similar difficulties when deciding to provide aid to Lebanon despite the participation of Hezbollah members in the government.

But legal definitions could be less important than the overall atmosphere in Congress. “Politically, any time Hamas joins a Palestinian government, it becomes very difficult to defend aid, because it looks as if you are defending money for terror,” said Joel Rubin, deputy director and CEO of the National Security Network, a progressive-leaning think-tank focused on foreign policy. A former Senate staffer, Rubin had dealt with foreign aid.

A current congressional staff member, speaking on condition of anonymity, agreed. According to the aide, even if current rules allow continuation of aid to the P.A., “it won’t necessarily prevent Congress from changing the language for next year.”

Meanwhile, Washington’s discussion is ongoing regarding assistance to Egypt following the ouster of President Hosni Mubarak. Under Mubarak, Egypt received more than $1.5 billion a year in American assistance, most of which it provided as military aid. Now, the United States has to decide how to shape future assistance.

Most in Congress and in the administration agree that maintaining military aid is crucial for ensuring stability in Egypt and for maintaining American-Egyptian strategic ties. But Egypt’s needs are significantly greater as it emerges from totalitarianism and enters democracy. The country faces growing poverty and a revenue drop exacerbated by the hit its tourism industry took following the February revolution.

A delegation of senior Egyptian officials from the interim government that visited Washington in April put forward a request for financial aid that would be directed at the Egyptian economy, not the military. The administration, according to a recent report in The Washington Post, has responded with an offer to forgive $1 billion of the $3.6 billion that Egypt owes the United States for agricultural assistance that dates back to 1981.

At the same time, the administration turned down an Egyptian request for assistance for a large-scale housing initiative and did not ask Congress to increase foreign aid to Egypt.

“Debt relief of $1 billion over three years will have no more than a minimal effect,” argued Bannerman, who served previously as a Middle East expert at the State Department. Bannerman warned that without addressing the economic hardship felt by more than half of Egypt’s population, another revolution could occur, erasing the achievements of the Egyptian Spring.

But the current trend of budget cuts makes it difficult even to raise the issue in Congress, he said.

The only budget line that seems to be immune to this threat is foreign aid to Israel, which is expected to remain at its current level of more than $3 billion. In addition, Congress has approved an extra $205 million for funding Israel’s rocket defense system, Iron Dome. It is still providing Israel with loan guarantees under a plan signed between George W. Bush and Ariel Sharon in 2002.

Israel enjoys other foreign aid perks, including the ability to spend parts of the military aid in Israel rather than use it all to purchase American-made defense goods. It also enjoys early disbursement of the aid that enables Israel to earn interest on the funds throughout the year.

Calls for budget cuts, an Israeli diplomat dealing with the issue said, has caused some alarm among pro-Israel activists, but “we were assured very quickly that our aid is safe,” the diplomat said.