When a Reality Television Show Beckons 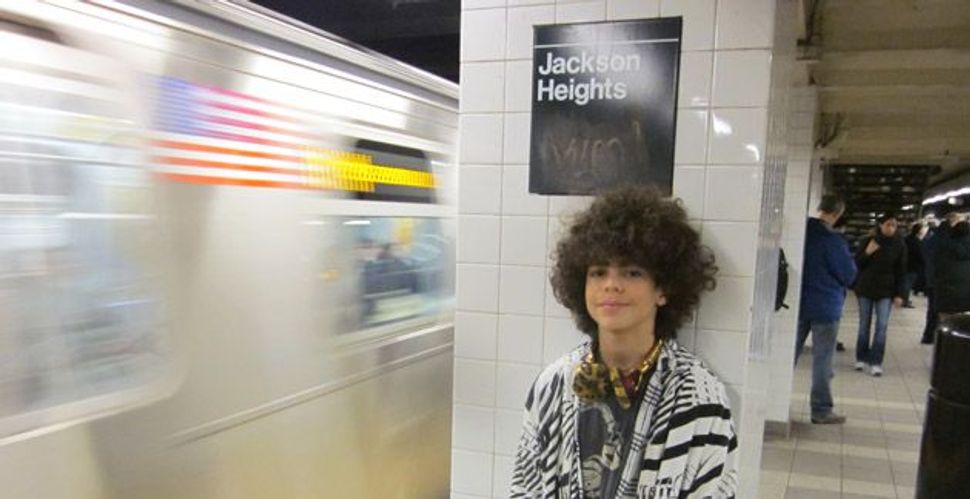 Too Young?: Skenazy?s new reality show about overprotective parents stemmed from a 2008 column in which she wrote about letting her then 9-year-old son, Izzy (above), ride the subway alone. Image by Joe Kolman

When the phone rings and the person on the other end says she’s from a reality TV production company and would like to know if you’d be interested in auditioning to host a new parenting show, you tend to compartmentalize. Or at least I did. The call came last summer, and I laughed about it with my husband: Seriously, what were the odds of this actually happening?

Well the odds threw me for a loop, and in May I finished taping the pilot episode of my new, 13-part, hour-long show. It’ll hit the airwaves in January 2012, and while it has yet to be sold to an American network, Discovery Networks International bought it to air on TLC International in the rest of the world, and Slice, a women’s TV network in Canada, will air it up north. The show doesn’t have a name yet, either, so feel free to offer suggestions. But what it does have is a middle-aged Jewish mom trying to change the entire culture of current-day parenting — in between writing columns for the Forward.

It’s been a whirlwind, this journey that began a little more than three years ago, when I let my younger son, then 9, take the subway alone. I wrote a column about it for the New York Sun that sparked intense media reaction, and two days later I found myself on “The Today Show,” MSNBC, Fox News and NPR, defending myself as not “America’s Worst Mom.”

Trying to explain that I believe in safety — I just don’t think kids need a security detail every time they leave the house — I started a blog, Free-Range Kids. The blog led to a book by the same name, and the more interviews I did about this anti-helicopter parenting movement, the more the whole thing mushroomed. I started giving Free-Range Kids lectures at Jewish Community Centers and then at different venues all over the country and beyond. When I gave one at the Sydney Opera House, it seemed like maybe it all had peaked. But I had underestimated one thing.

For the moment, at least, people just can’t hear enough about parenting. It’s a topic on which everyone has an opinion, and everyone secretly believes they are doing it right. And wrong. We’re smug and insecure about our own parenting (just ask Amy Chua), and in that tension there is drama. TV loves drama. It also loves looking inside real people’s lives. And of course, it seems to love watching them try to change their parenting methods.

Which is pretty much what I’ll be trying to make happen on my show now. Except instead of solving the usual discipline problems (since I have no idea how to do that), I’ll be encouraging overprotective parents to loosen the reins a bit.

How? Well, I’ll be asking parents to let their children do some things I think the kids are ready for. Nothing dangerous or daredevilish. (Didn’t I just mention I’m a Jewish mom? The kind that doesn’t like blood or motorcycles, and tells kids to bring an extra sweater?) No, it’ll be things that most kids their age can handle with aplomb, but that their parents haven’t allowed them to try yet. Maybe walking to school by themselves. Maybe riding a bike. Maybe going on a sleepover.

The idea is that seeing is believing. Once worried parents see that their kids are safe, not to mention happy, doing these new, wholesome, “grown-up” things, they will come to believe in their children. One real-world experience can break the whole “What If Something Terrible Happens?” spell cast upon us by the fear-mongering media and marketplace.

It’s hard to feel confident about our kids when the media are always blaring about some extremely unlikely danger, like abduction by a stranger. Watch a day of “Nancy Grace,” “Law & Order,” “CSI” and maybe a special report on one of the morning shows (“Do you really know your school bus driver?”), and it starts to feel like the world is crawling with creeps. That fear leads us to hover over our kids, or even forbid them to play outside, even though, crimewise, our kids are safer today than most of us parents were when we were growing up. Yes, the crime rate today is back to the rate of 1974!

It’s also hard to feel confident when there’s an entire “Kiddie Safety Industrial Complex” that has realized: If you can scare parents, you can sell them almost anything, from reading classes for babies (“Will your child fall behind?”) to shopping cart liners (“Do you want your child to pick up some horrible disease while sitting in a cart?”) to GPS devices for our children’s backpacks (“Will your child make it home?”).

I’m hoping that the show will un-brainwash us from believing that kids are almost never safe and remind us all that children can, and even should, take some scrapes, some disappointments and some time away from Mom and Dad.

When the phone rang last summer, I had no idea what to expect. I still don’t. But if the show can convince some parents that their kids are ready for some independence, I’ll be thrilled, and so will the kids.

Who should not forget to bring a sweater on their adventures.

Lenore Skenazy is the author of the book “Free-Range Kids” (Wiley, 2010) and founder of a blog of the same name. Her show is now casting families in the New York City and Toronto areas that are overprotective but would like to be less so. If you are interested in being on the show, contact Sylvia Lee at Slee@cineflix.com.

When a Reality Television Show Beckons