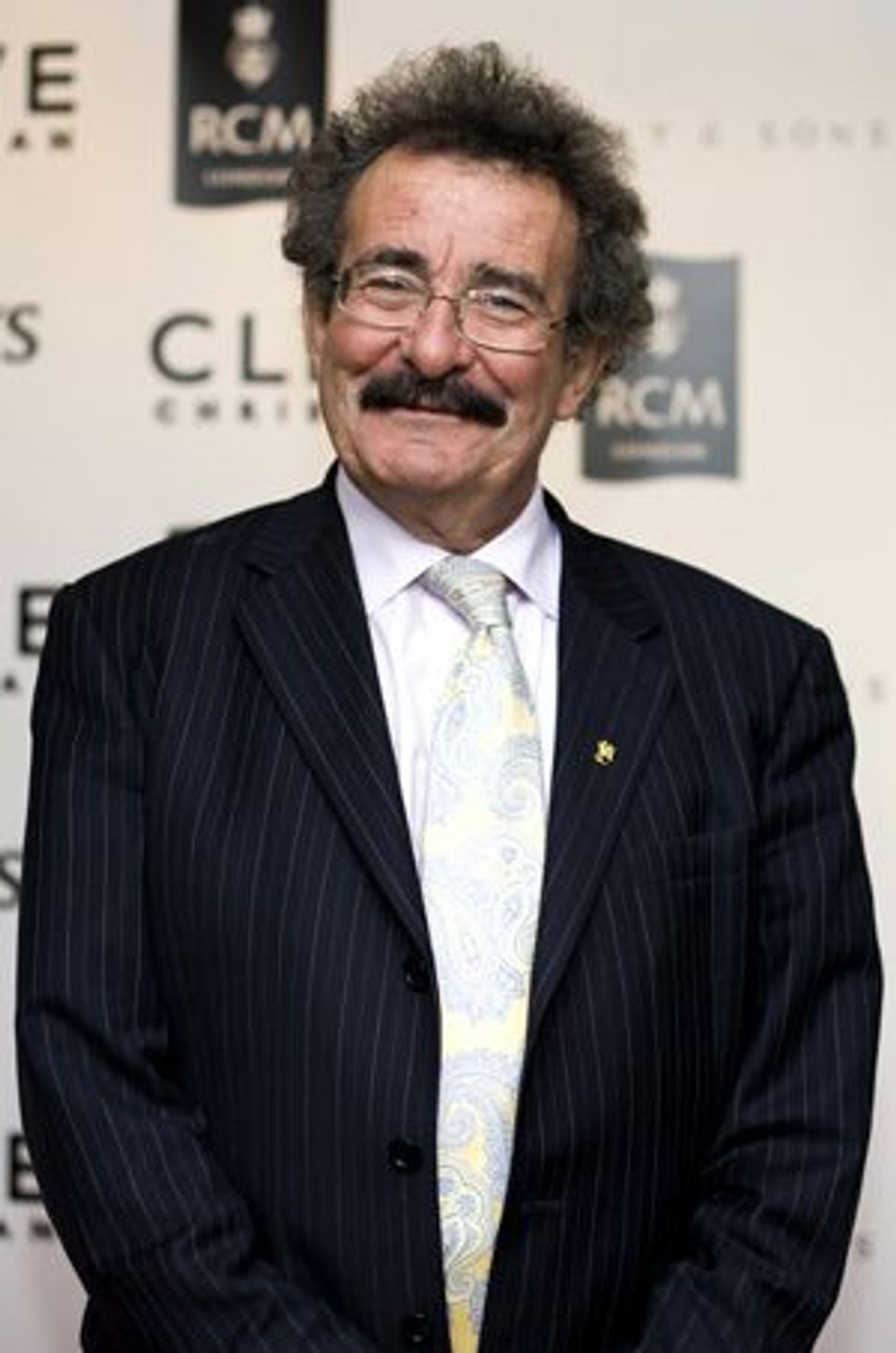 Omnipresent and Polymathic: Robert Winston is the world?s leading researcher on in vitro fertilization, a British nobleman and active member of the House of Lords, a professor at London?s Imperial College, chancellor of Sheffield Hallam University and the presenter of 16 BBC TV series on science and religion. Image by Courtesy of Robert Winston 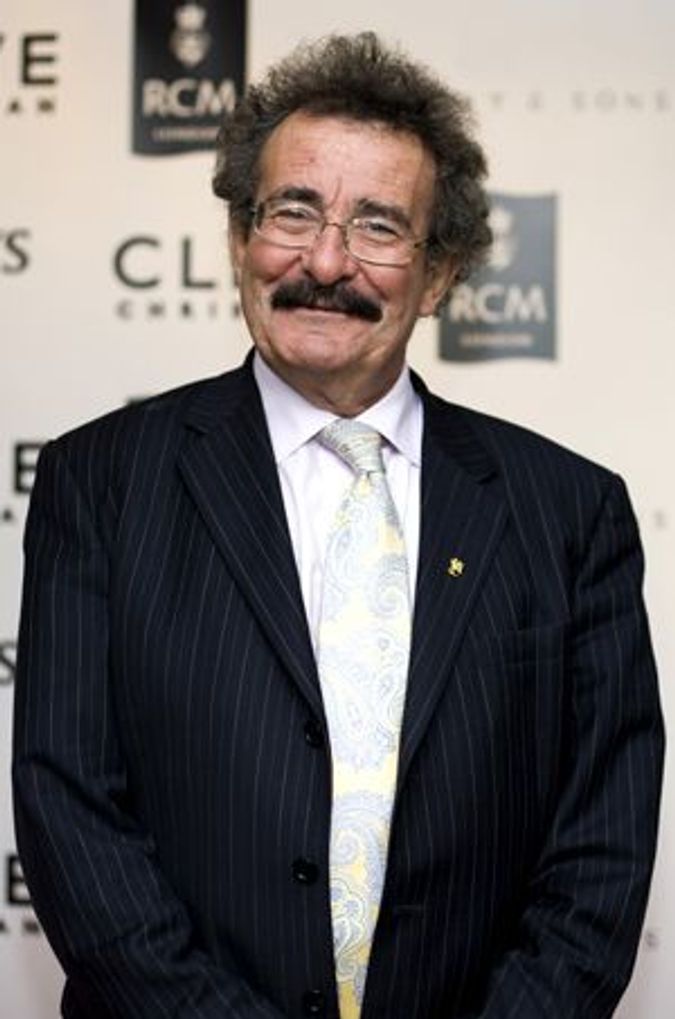 Omnipresent and Polymathic: Robert Winston is the world?s leading researcher on in vitro fertilization, a British nobleman and active member of the House of Lords, a professor at London?s Imperial College, chancellor of Sheffield Hallam University and the presenter of 16 BBC TV series on science and religion. Image by Courtesy of Robert Winston

But there is no title for what he represents to Britain’s Jewish community.

Omnipresent and polymathic, the 70-year old Winston is a public figure who is “out” as a Jew in the way that gay men and lesbians in public life are said to be “out.” Among other things, Winston remains an outspoken, left-leaning advocate for Israel in a political environment that is increasingly critical, if not hostile to that state and its posture on the Middle East peace process.

The community in Britain is small, about 270,000 residents, and terribly self-effacing. Unlike other highly visible polymaths in the community — such as theater director and physician Jonathan Miller — Winston is quite open about the way his faith and community influence his life.

“My grandfather was a rav,” he said in response to a question about the nature of his Jewish background during an interview at his Imperial College office. “He was a Semitic scholar, but he did not just study Talmud, but Balzac in the original French. He was liberal in a way we have forgotten in the United Synagogue [Britain’s main Orthodox grouping].”

This offered some support to my theory that many Jews who achieve prominence in intellectual endeavors have a rabbi in the family tree.

A half-finished bottle of Israeli wine sat nearby, on his office window sill, offering silent support to Winston’s image as a connoisseur of life. Another part of my theory is that the drive to high achievement in immigrant Jewish households comes from navigating the tension between secular pressures on one side, and religious and communal pressures on the other. Winston checked that box, as well.

“My father was casual about Judaism; my mother kept a frum household,” he remembered. While his grandfather read Talmud and Balzac, “my father was into amateur theatrics. He even played Hamlet in the local amateur drama society.”

Winston’s own career mingles these two strands. There was a point, following his graduation from Cambridge, at which he considered theater as a career. A play he directed won an award at the Edinburgh Festival Fringe back in the late 1960s. But medicine got the upper hand: Winston was less interested in its practice than in making a career of medical research.

“I was drawn to infertility as a specialty for intellectual reasons,” he said. “In the 1960s, it was very poorly done. There was no way of really helping women with this problem.” Plus — and no less important for a young scientist with big plans — there was little research published in the field. “It was a place for an ambitious academic doctor to make a mark,” Winston said.

And what of Judaism’s role, if any, in his decision to help infertile women conceive? Winston dismissed the idea: “It didn’t strike me, at first, that all four of the matriarchs of Israel had been infertile.”

Starting in the early 1980s, Winston built an IVF practice at London’s Hammersmith Hospital that became one of the world centers for training physicians in the re-implantation of embryos and their screening for genetic abnormalities. Winston’s group was acknowledged as the global leader in this research, and his prominence led to his elevation to Britain’s House of Lords in 1995. The Lords is the unelected upper chamber of Britain’s parliament and, by American standards, an odd fish in Britain’s antiquated system of government. It is supposed to “scrutinize” legislation passed to it from the elected House of Commons. The Lords can offer amendments to legislation, but the Commons is under no obligation to enact them.

Still, science is one place where expert advice is listened to by Members of Parliament. Winston made his mark on hot-button issues, such as embryonic stem-cell research. “I was a lone voice behind embryo research in the early debates,” he said.

Winston argued for unrestricted research on embryos left over from IVF treatments in part from a talmudic perspective. “I argued we Jews did not regard the embryo as a child,” he said. “The Talmud describes an embryo as mere water. Here, Jewish tradition and Christian tradition divide. We do not engage in mourning for aborted fetuses.”

Winston’s willingness to frame his arguments with references to Talmud and his religion is unusual, said Leslie Turnberg, fellow doctor and fellow member of the House of Lords. “There are quite a lot of Jews in the Lords, but not many parade their Jewishness,” Turnberg said. Winston is observant and Orthodox, in a mostly forgotten mid-20th century way. His religious life, like his left-wing politics, comes more from reason than from a mystical connection to the faith. “I have an intellectual sympathy with Judaism. My kids are frum-mer than I am,” Winston said. “They are very strict about Shabbat and won’t use appliances, for example.”

His prominence as a scientist and his openness about his religious beliefs have cast Winston as the main opponent of Britain’s very vocal atheist lobby. Oxford University’s Richard Dawkins has become an international figure as much for his attacks on religious belief as for his work as an evolutionary biologist. Winston, in BBC series like “The Story of God,” has laid out the opposite case.

He criticizes the Oxford scientist for attacking what he doesn’t understand: “I think Richard has failed to do basic research. He attacks religion for making claims that cannot be verified by scientific methods. But he doesn’t understand the importance of the oral tradition, the imperative of the oral tradition in Jewish life.” Scientific standards of proof cannot recognize the existence of truth passed down orally, he explained, and there is no experiment to verify that laws were handed down on Sinai to a man called Moses.

Another area where Winston is willing to take a public stand in the House of Lords is on Israel. “My feelings for Israel are as much Zionist as religious,” he said. “I first went there in 1958, shortly after the Suez Crisis. I was impressed by a socialist society that was vibrant and had real democratic politics. That was lost after ’67, when an element of realism crept in that Israel had to fight for existence in the way that it did.”

Winston is a vocal advocate of Israel in parliament, not always an easy position to take these days. “The thing about the House of Lords is, people have to work hard to be paid respect,” his House of Lords’s colleague Baroness Ramsay said. “He’s very much respected. Robert is liked and listened to.”