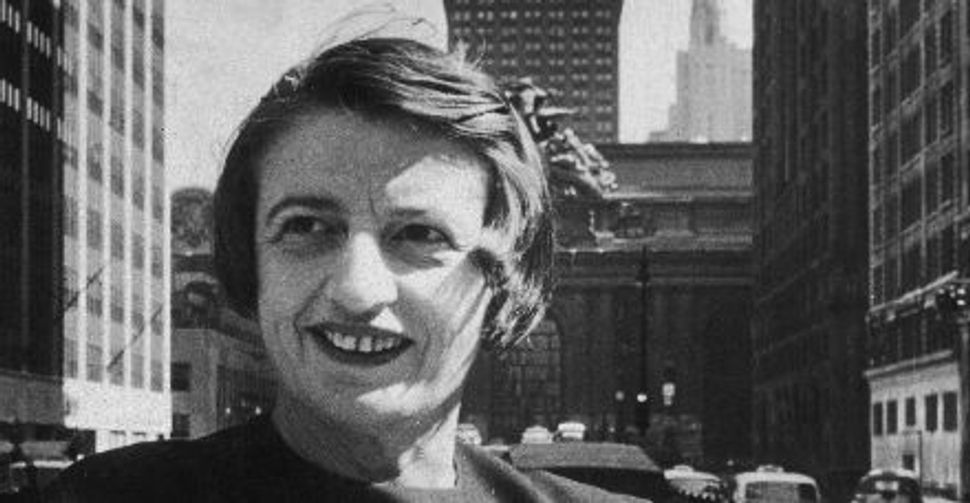 Ayn Rand, novelist and conservative political thinker, has an impassioned following among some of today’s Republicans. They embrace her defense of laissez-faire capitalism and individualism. In many respects, she is the godmother of all libertarians. What some put aside, however, is the inconvenient fact that she was also an outspoken atheist. 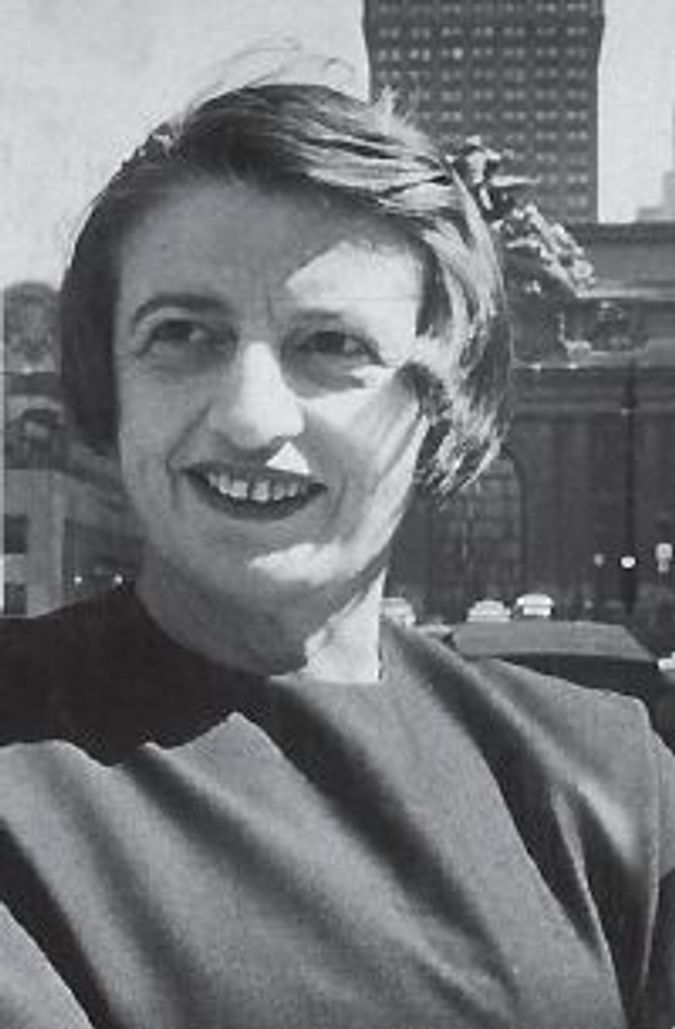 Atheist: Rand, a Jewish-born novelist and philosopher, was an outspoken critic of religion. Image by Getty Images

A group of left-leaning Christians have decided to make an issue of this disconnect, putting some leading Republicans on the spot about the woman they think of as an intellectual hero.

A new political ad, created by the faith-based advocacy group American Values Network and provocatively titled “Ayn Rand & GOP vs. Jesus,” attempts to drive a wedge into the Republican coalition by drawing attention to Rand’s anti-religious rhetoric. The ad is is directed primarily at Rep. Paul Ryan, the Wisconsin Republican whose budget plan was championed by Republicans and decried as overly austere by Democrats.

And while observers say that efforts to use the admiration that Ryan and others have expressed for Rand to sow discontent in the party’s conservative Christian base will gain little traction, there are some signs that Democratic groups like AVN are not the only religious Christians focusing on Rand.

“Make no mistake: I have no love for big government. But there are far better ways to critique it than Rand’s kind of godless nonsense, especially for Christians,” said Chuck Colson, the prominent evangelical and former Nixon aide and Watergate accomplice, in a video posted online a week before the appearance of the anti-Ryan ad. “One thing is for certain: Though surely unintended, today’s followers of Objectivism” — Rand’s philosophy — “are undermining the gospel. Beware!”

Rand, who died in 1982, was the author of the influential and deeply controversial political novels “The Fountainhead” and “Atlas Shrugged.” Born to a Jewish family in St. Petersburg, Russia, she moved to the United States as a young woman, becoming a novelist and later a philosopher. Rand argued for the morality of capitalism, championing the notion of “rational self-interest” and decrying altruism. Followers include Alan Greenspan, former chairman of the Federal Reserve.

Though Rand’s parents were Jewish, she herself was an avowed atheist. In a 1979 interview with Phil Donahue on his daytime talk show, quoted in part in the anti-Ryan ad, Rand said that she is “against God.” Religion, Rand argued, “gives man permission to function irrationally, to accept something above and outside the power of their reason.”

The American Values Network’s ad plays quotes from Rand’s Donahue interview and from another earlier interview with CBS’s Mike Wallace, in which she speaks critically of religious faith. Those quotes are followed by praise for Rand from, among others, Ryan, conservative radio host Rush Limbaugh and Senator Rand Paul, a Kentucky Republican.

The ad’s producers say that they are raising money to broadcast it in Ryan’s district. Ryan’s controversial budget plan proposed to slash the federal deficit by making significant cuts to Medicare, among other programs.

“I would argue that the Ryan budget is not in keeping with Christian principles,” said Eric Sapp, executive director of the American Values Network and a founding partner of the Eleison Group, a Democratic political messaging firm. “What’s been going on for decades is this unholy alliance between Christians, libertarians and big business, who disagree about everything except that they want power,” he said.

Spokesmen for Ryan and Paul did not respond to messages left requesting comment on the ad.

Though the ad’s producers hope to influence conservative Christians to question their place in the Republican coalition, some observers say the notion that Republicans are anti-Christian will gain no traction with voters.

“Look at the premise here: I’m supposed to believe that the Republican Party is somehow weak on God and religion — the party that, as many would say, has too closely embraced evangelicals, has dangerously lowered the wall between church and state,” said Stuart Rothenberg, publisher of the nonpartisan, Washington-based Rothenberg Political Report. “It’s not a credible attack.”

Others say that Rand, though influential in certain circles, is too little known among Christian conservatives to create much of a rift.

“The arcane intellectual debate to which they’re referring, and the somewhat arcane protagonists, really won’t make a difference to any voters anywhere, in my view,” said Mark Mellman, a Democratic pollster.

But while some analysts call it unfair to hold Rand’s atheism against Ryan, who has expressed admiration for Rand’s description of the moral dimensions of capitalism, Mellman said that he does see strain in the coalition of business people, the religious right and the ideological libertarians that have sustained the Republican Party since the Reagan era.

“There’s no question that there is a tension,” Mellman said. “But I think the real issues are going to come in the course of the nomination process.”

Conservative Christians, whose numbers and organization give them a significant say in the Republican presidential nominations, may support candidates like Minnesota Rep. Michele Bachmann, while the party’s business supporters may prefer a candidate like former Massachusetts governor Mitt Romney.

Rothenberg, on the other hand, said that he saw relatively little tension among Republicans. “I’ve almost been surprised at how unanimous the Republican chorus has been,” Rothenberg said. “You would think that… the Republicans representing more moderate areas would be treading delicately, but everybody is embracing the anti-tax, cutting the budget, cutting the deficit view that we’re hearing from the party.”

Meanwhile, some prominent Christians have begun to draw renewed attention to Rand’s influence. Colson’s video comment on Rand was instigated by the April release of a film version of “Atlas Shrugged.”

Martin E. Marty, a prominent professor of the history of modern Christianity at the University of Chicago Divinity School, has also written recently on Rand and the acceptance of her ideas by some Christian conservatives.

“I don’t know anybody, including the well-known circle of atheists, that has been more overt, open and blunt in their denunciation of religion and also Christianity,” Marty told the Forward. “That’s just a puzzle to me that it’s just so overt, and yet they can sort of slice it out and say you can be selfish all you want, but it has nothing to do with your faith.”

Then there are those among Rand’s Christian opponents who think her appeal to conservatives is more nefarious.

“They say that the most so-called believers will be deceived by the antichrist, and I think that’s exactly what’s happening today,” said Gary Moore, an evangelical Lutheran writer and former Republican activist. “I’m not saying she’s the antichrist, but she certainly aspired to be an antichrist.”