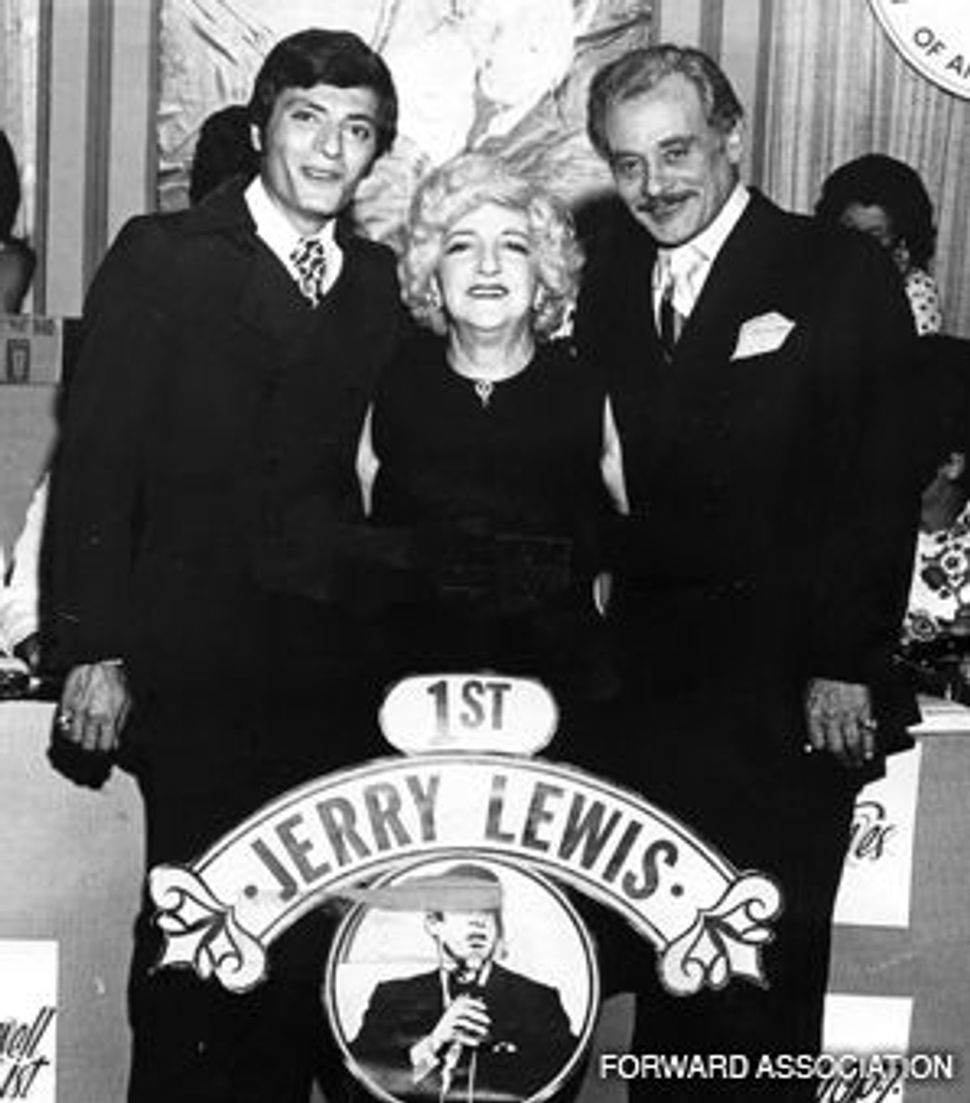 FAMILY BUSINESS: Bruce Adler in 1972 with parents Henrietta Jacobson and Julius Adler, both legends of the Yiddish stage.

Bruce Adler, a two-time Tony-nominated actor who transitioned from the Yiddish theater to the Broadway stage, died Friday, July 25, in Davie, Fla., near Fort Lauderdale. He was 63. 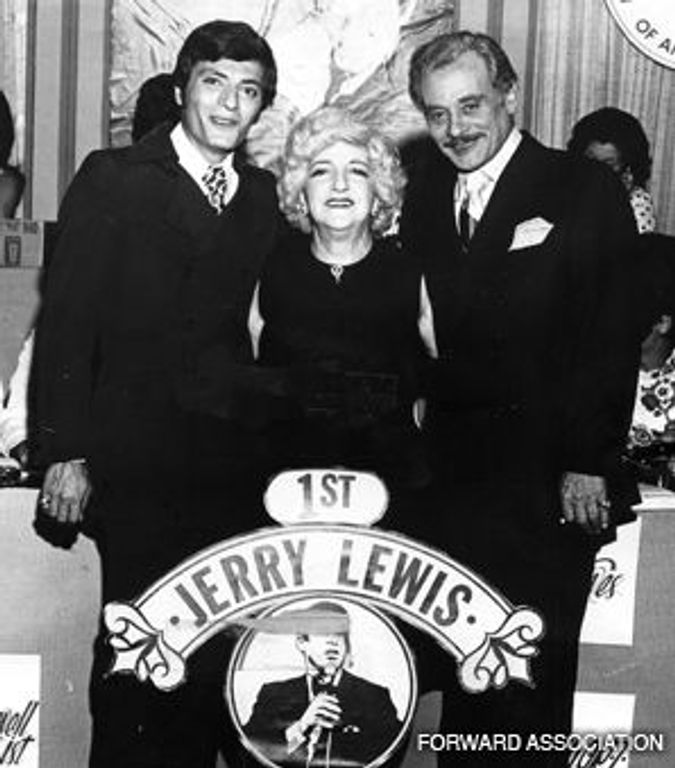 FAMILY BUSINESS: Bruce Adler in 1972 with parents Henrietta Jacobson and Julius Adler, both legends of the Yiddish stage.

According to Moishe Rosenfeld, Adler’s booking agent, the song-and-dance man had been battling liver cancer for four years.

Adler reached the height of his career with two Tony Award nominations in the early 1990s, one for his role in the Broadway production of “Those Were the Days,” a 1990 revue of Yiddish song and dance, and the other for his 1992 role in the Gershwin musical “Crazy for You.”

“He was the face of someone who was born here, who could perform in both languages, who was bicultural,” said The Jewish Theological Seminary’s associate professor of Hebrew, Edna Nahshon, who writes frequently on Yiddish and Jewish theater. “What he exemplifies is really the synergy between the Yiddish theater and Broadway. He was of both worlds.”

Adler was born November 27, 1944, to Henrietta Jacobson and Julius Adler, stars in the Yiddish theater district that was centered on Manhattan’s Second Avenue. The area was home to dozens of Yiddish theater troupes, theater establishments and vaudeville houses, and the stage was the main cultural institution of the immigrant Jewish community. Adler’s maternal grandparents, who immigrated to the United States from Eastern Europe, were also popular Yiddish stars, and his two uncles were well-known dancers, singers and comedians.

“His mother particularly was a very popular comedian and character actress on Second Avenue,” Rosenfeld said, “one of the most natural comic geniuses I’ve ever been on the stage with.”

Adler spent his early years living the celebrity life on the bustling streets around Second Avenue, and he made his theater debut at the age of 3 in a production with his parents. Before he became a teenager, he was dancing and singing onstage with renowned Yiddish star Molly Picon.

But as the Yiddish-speaking population grew older, and the younger generation assimilated into mainstream American life, Yiddish theaters began to disappear. By the mid 1950s, when Adler was still very young, few theaters were left. Even in those days, though, Adler retained his “old-school” performance habits, according to those who knew him.

“There’s a great sense of loss because you feel that there’s a lot more knowledge yet to be transferred,” said Motl Didner, associate artistic director of New York’s Na-tional Yiddish Theatre-Folksbiene. “You just don’t get actors or entertainers anymore who do what he does.”

Though Adler crossed over to the mainstream stage, appearing in 13 shows on and off Broadway, he always carried with him the tradition of the Yiddish theater and re-turned many times to his Yiddish roots.

Over his lifetime, he gave performances in several shows celebrating Yiddish language and culture, including a lead role in “Hard To Be a Jew,” a Sholom Aleichem com-edy adapted for the stage. He also performed in “The Golden Land,” an off-Broadway hit, and “On Second Avenue,” which followed Yiddish theater from its origins in Europe to its golden age in New York.

Of the great Yiddish actors, “he was one of the last,” said Mike Burstyn, a fellow Yiddish actor and one of Adler’s closest friends. “He and I were among the last, I’d say scions of the Yiddish theater. Most of them, if not all of them, have already passed away.”

In recent years, Adler toured in his own one-man song-and-dance show and was particularly active in regional theater, notably in South Florida. Many of his shows were directed by his wife, Amy London, whom he married in 2003 after relocating to Florida from New York. Up until May 19 of this year, London directed her husband in the lead role in Boca Raton’s New Vista Theatre Company production of “I’m Not Rappaport.” Adler’s first marriage, to Broadway actress Isabelle Farrell, ended in divorce.

Though he worked steadily throughout his life, even lending his voice to the Disney animated films “Aladdin” and “Beauty and the Beast,” he fell on hard times after un-dergoing treatments for liver cancer, with which he was diagnosed in 2004.

Adler is survived by his wife, his 1-year-old son, Jake, and his two stepchildren.