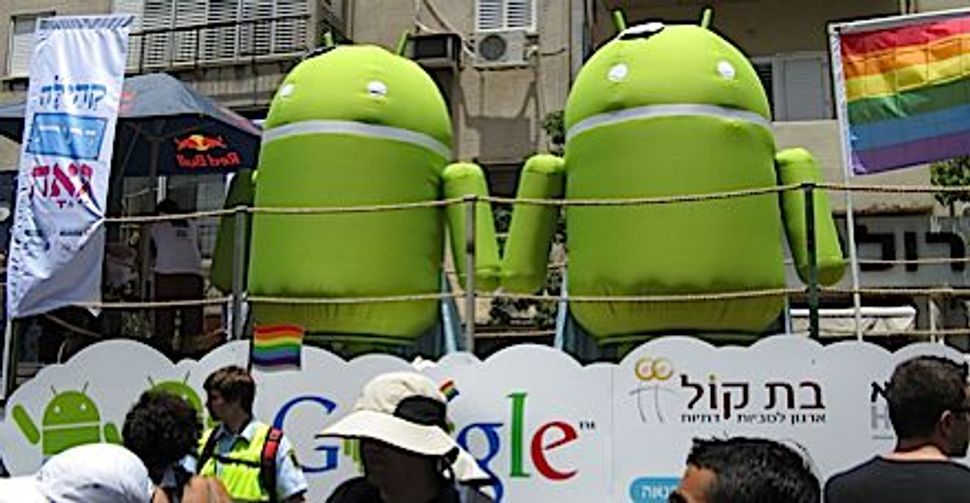 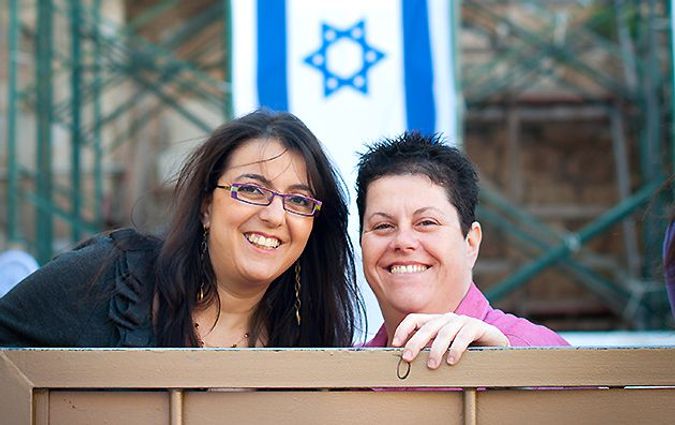 Despite the suspicions of some marchers, it wasn’t an act of protest by Orthodox groups. Rather, the music was coming from a float designed by a group of Orthodox gay and lesbian Israelis.

The first-of-its-kind float, which made its debut at the June 10 parade, boasted the corporate sponsorship of Google, and carried members of the Bat Kol alliance of Orthodox lesbians; Havruta, an organization of Orthodox gay men, and Pride Minyan, a prayer group for Tel Aviv’s Orthodox gay and lesbian community. These organizations promote the acceptance of Orthodox homosexuals — without taking a position on how their members should deal with the fact that gay sex is prohibited by almost all interpretations of Orthodox law.

The groups’ participation in the parade was emblematic of how far the gay Orthodox community has come, Daniel Jonas, Havruta’s spokesman, told the Forward. “Seven years ago, a gay or lesbian Orthodox person had three options — to stop being religious, to stay in the closet and within the religious community, or to commit suicide, which is something that happened, whereas today we are in a very different situation,” said Jonas, who came out as a homosexual man two years ago at age 27.

Orthodox Israelis who are gay and lesbian have started to come out of the closet with increased frequency over the past seven years, observers say. The trend began with the founding of the Bat Kol, and led to the creation of other organizations that provide support and services to Orthodox gays and lesbians. Just last year, nearly 90 Orthodox rabbis, mostly from America and Israel, called for greater inclusivity in their “Statement of Principles on the Place of Jews With a Homosexual Orientation in Our Community.” According to the statement, Orthodoxy should not concern itself with whether sexual orientation is genetic or environmentally generated, but should commit itself, rather, to treating “human beings with same-sex attractions and orientations with dignity and respect.”

One week before the parade, another first took place in Tel Aviv’s gay and lesbian community: A lesbian couple made a bar mitzvah. The officers of their synagogue, the Orthodox congregation, Yachad, gave full acknowledgment to the two women’s joint role as parents of the bar mitzvah boy.

“We felt like we belong, like we have a place,” said Zehorit Sorek, the boy’s biological mother, who is raising him with her partner, Limor Sorek. The boy requested that his name not appear in this article. 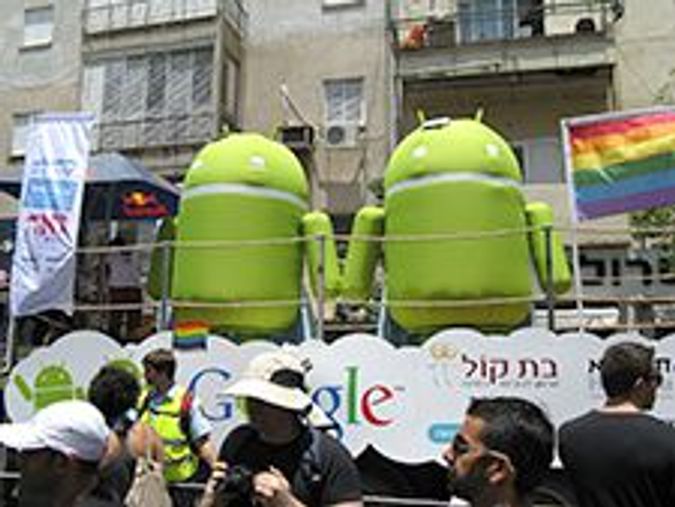 The Orthodox float in the Gay Pride parade. Image by Uri Erman

Of the 500 people involved in Havruta, Bat Kol and Pride Minyan, many of them, Zehorit Sorek included, have come out over the last seven years. Her story is typical of many: She grew up in an Orthodox family in Jerusalem, attended single-sex Orthodox schools and, when she found herself attracted to women, “ignored it because I thought it was a temporary product of being in that environment.” She married a man at 20 and got divorced in 2006 aged 31 — soon thereafter entering a lesbian relationship with her current partner.

“I was there for the people who felt they couldn’t go,” she said of the parade, recalling how Bat Kol gave her the confidence to come out of the closet. “When I went to my first Bat Kol meeting, I felt I had come home.”

For some, the Orthodox groups’ participation in the parade illustrated that a gay or lesbian identity need not come at the expense of religious identity, Havruta’s Jonas said. “We are a unique bridge between parts of Israeli society that could never before meet each other,” he said.

But not everyone in Israel’s gay and lesbian Orthodox community see it that way. Kamoha — Gay Orthodox Jews, a group that broke away from Havruta earlier this year, saying that Havruta had become too liberal, criticized the decision to create a float for the parade. So too did Hod, an independent organization and website for religious homosexual Jews. “What I see at the end of the day is that they get their 15 minutes of fame in the media, but it doesn’t have lasting effects on any single person,” said Orthodox Rabbi Ron Yosef, Hod’s leader.

In 2009, Yosef, the spiritual leader of the Magen Yosef congregation in Netanya, became the first Israeli Orthodox congregational rabbi to come out as a homosexual — on national television, no less. He said he believes that by attending the parade, Orthodox groups gave tacit endorsement to gay and lesbian sexual activity as opposed to identity, and that this runs contrary to Jewish law. He insisted that Orthodox participation in the parade could prove “damaging” to the attempts by Orthodox gays and lesbians to show that they want greater acceptance without compromising their Orthodoxy.

Prominent Orthodox leaders who until now have been seen as the most sympathetic toward Bat Kol and Havruta, have also condemned the decision to march.

“They have crossed a line,” said Rabbi Yuval Cherlow, co-founder of the Tzohar alliance of Modern Orthodox rabbis, who counsels Orthodox men who are considering coming out of the closet, and who strongly opposes “reparative therapy,” which some rabbis recommend as a means of turning gay men straight.

The prominent Modern Orthodox Rabbi Benny Lau, a signatory of the “Statement of Principles,” who spoke at a recent Havruta meeting, said that while Modern Orthodox communities are starting to be more inclusive, the gay pride parade lacks respect for nuance. Therefore Orthodox marchers “may find that doors that were starting to be open to them are now locked.”