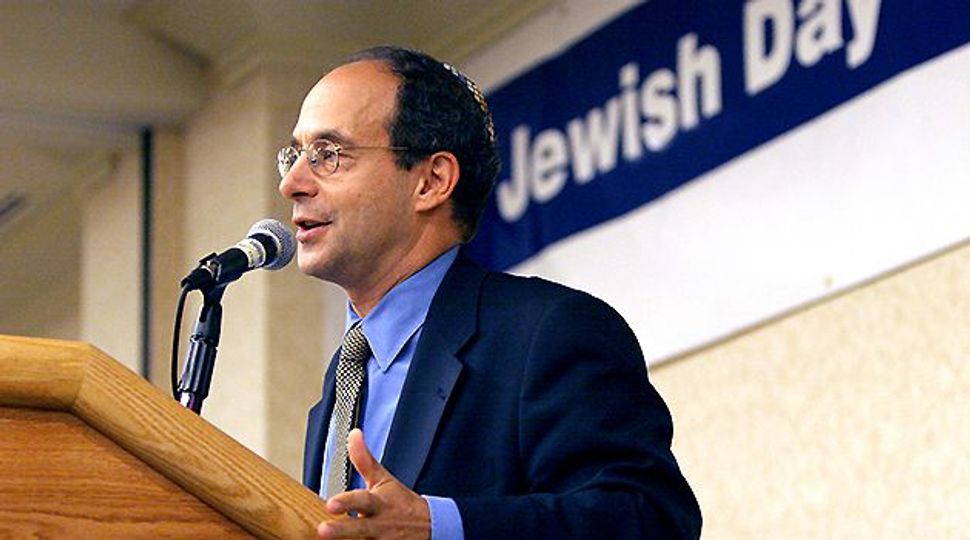 When the Partnership for Excellence in Jewish Education was founded in 1997, it had commitments of $18 million from a dozen leading Jewish philanthropists, and it had lofty goals: to create 25 new Jewish day schools and to double the percentage of non-Orthodox students who attend all Jewish day schools.

Fourteen years later, PEJE’S founding executive director, Rabbi Joshua Elkin, has announced that he will leave PEJE in September. The organization has spent more than $65 million, has changed its focus and has lost many of its initial core funders.

PEJE has had notable success: It helped establish 60 Jewish elementary and middle schools throughout North America, according to Elkin, providing both funding and expertise. “Most are still operating, and some are doing quite well,” he said.

When it appeared in 2003 that the market for new day schools was saturated, PEJE shifted its focus to provide coaching to professionalize day school staffs and practices. Last summer, after suffering a sharp downturn in fundraising and laying off 30% of its staff, PEJE reconsidered its goals and started focusing on building day school endowments. The organization is currently working with more than 20 schools in Los Angeles, Baltimore and another community that has not yet been publicly named, with funding from the Avi Chai Foundation, Elkin said.

Even though PEJE helped create new schools, other non-Orthodox educational institutions closed, and most of the growth occurred in fervently Orthodox communities.

“In retrospect I was guilty of optimism. I thought in this round we would get there, but we didn’t,” said Rabbi Yitz Greenberg, who founded PEJE with philanthropist Michael Steinhardt.

Steinhardt described the lack of growth in the day school population as “sad, sad, sad.”

PEJE was born in the aftermath of the 1990 National Jewish Population Study, which showed unprecedented rates of assimilation and intermarriage. That study, and subsequent ones, also showed a positive correlation between a Jewish day school education and future Jewish choices. A study published last year by Jack Werthheimer for Avi Chai found that 40% of today’s young Jewish leaders attended Jewish day schools.

“Day schools are critical to building highly committed and Judaically competent youngsters,” said Steven Cohen, director of the Berman Jewish Policy Archive at NYU Wagner. “The day school kids go on to be disproportionately active in Hillel, Jewish studies, independent minyanim, Jewish learning, and [they have] higher rates of in-marriage.”

Fourteen years ago, about 6% of Jewish children in North America attended non-Orthodox Jewish day schools, though many today consider that number an overestimate. Now, according to Leonard Saxe, director of the Steinhardt Social Research Institute at Brandeis University, it is down to 3% to 4%.

Between 1998, the first year that Marvin Schick, an educational consultant to Avi Chai, conducted a census of day school populations, and Schick’s last census, in 2008, the actual number of students in community, Reform and Solomon Schechter (Conservative) Jewish day schools increased slightly. Schick found 36,897 students in 1998. A decade later, the number had increased to 38,630 students, a growth of 4.6%.

“The goal we had was to be able to double that number [of kids in day schools]. We used it as a vision. No, we didn’t [double it,] but we also didn’t predict we’d go through the kind of choppy waters we’ve gone through since 2008,” Elkin said, referring to the recession and dive in support that PEJE and many other not-for-profit organizations suffered.

Even before the financial crisis, however, many of the organization’s first funders — including Steinhardt — backed away from the organization and turned their focus to Birthright Israel and Jewish summer camping, among other things.

Steinhardt began funding a Hebrew-language public charter elementary school in Brooklyn that opened its doors in 2009. “I still support PEJE financially. To whatever degree I do is a function of loyalty and not so much my commitment to what it’s doing,” said Steinhardt, who contributed more than $3 million in its first decade.

“My overwhelming objective in starting PEJE was to increase the number of non-Orthodox Jews going to day schools. As far as the Orthodox were concerned, they all went anyway. One sensed that one was really doing something for the non-Orthodox world, the great unwashed Jewish masses. The last four or five years I just lost interest, because it became clear to me that most of the people involved with PEJE just didn’t care to distinguish between the Orthodox and the non-Orthodox… the cause of the non-Orthodox really faded.”

Edgar Bronfman, another of PEJE’s founding funders, also contributed some $3 million in a decade. About four years ago, “Edgar decided to step back. He did not feel that the organization was growing and expanding in a healthy way,” said Dana Raucher, executive director of the Samuel Bronfman Foundation, which is named for Edgar’s father. “As much as PEJE tried to promote it, there won’t be more than a minority of young people educated at day schools. PEJE, but also the Jewish community, has not successfully addressed affordability for families and sustainability for communities.”

Edgar’s brother, Charles Bronfman, was likewise a founding PEJE funder. He provided $3 million in its first decade. “The reason we dropped out is that we wanted to see it develop, but day schools is not our thing. We were trying to be good citizens and support it,” said Jeffrey Solomon, president of the Andrea and Charles Bronfman Philanthropies.

That all the money and philanthropic leadership invested didn’t make a significant impact on the number of Jewish day school students continues to frustrate some in the field.

“Steinhardt invested millions of his own dollars and millions of his friends’ dollars, and the numbers didn’t change,” said Peter Geffen, founder of Manhattan’s Abraham Joshua Heschel day school. For several years he advised new and growing schools through PEJE. More recently he founded Kivunim, a Jewish gap-year program that he runs.

“There is a disconnect between the community’s verbal commitment that we have to educate our young and the willingness to support it,” Geffen said.

Others, however, say that PEJE and the day schools it helped to create and sustain prevented what otherwise might have been a decrease in the numbers. “What wouldn’t have happened if PEJE didn’t exist? It may be that PEJE stemmed the decline of day schools,” Saxe said.

Today, many of the original funders of PEJE focus their considerable philanthropy elsewhere.

During the 2009 tax year, contributions to the Foundation for Jewish Camp totaled more than $18 million and the Birthright Israel Foundation received $71 million in donations, while PEJE took in $2.3 million, according to federal records.

It costs less to send a young adult on a Birthright trip to Israel or subsidize the cost of overnight camp than it does to pay for Jewish day school education. Day school tuition can top $35,000, as it does for the 12th grade at the Heschel high school, and be as low as $12,900, the tuition for the first through eighth grades at the Austin Jewish Academy, in Texas. On average, Elkin says, Jewish elementary day school tuition is anywhere from $15,000 to $18,000, and for high schools, $20,000 to $24,000.

But some question the long-term impact of a 10-day trip to Israel compared with that of eight or more years of Jewish day school education.

But Solomon says that it’s more an issue of whom the philanthropists want to reach.

Some observers say that the opportunity to propel a major cultural shift toward more access to Jewish day schools has passed.

“With PEJE, there was the sense that it was the national community’s obligation to build these schools. That is probably gone,” Geffen said. “That was a very important moment. I don’t know what happened, but that was our chance. We need another chance like that.”