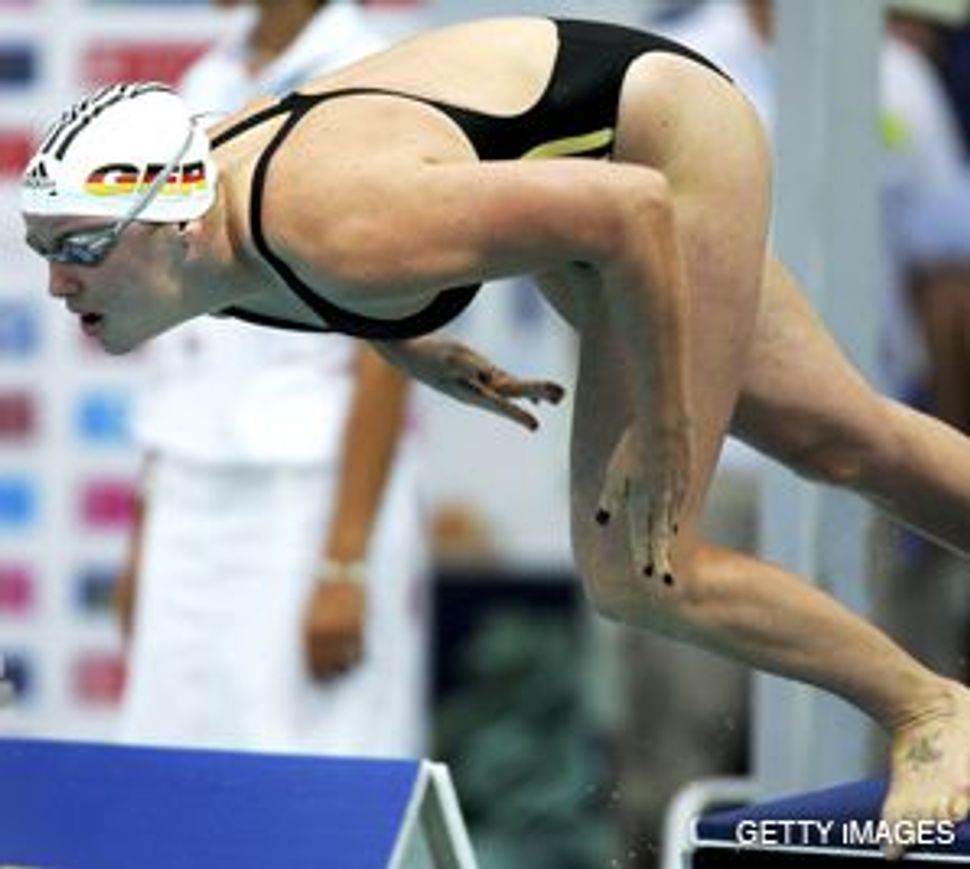 Swimmer Sarah Poewe doesn’t have dual loyalties — if only life were that simple. 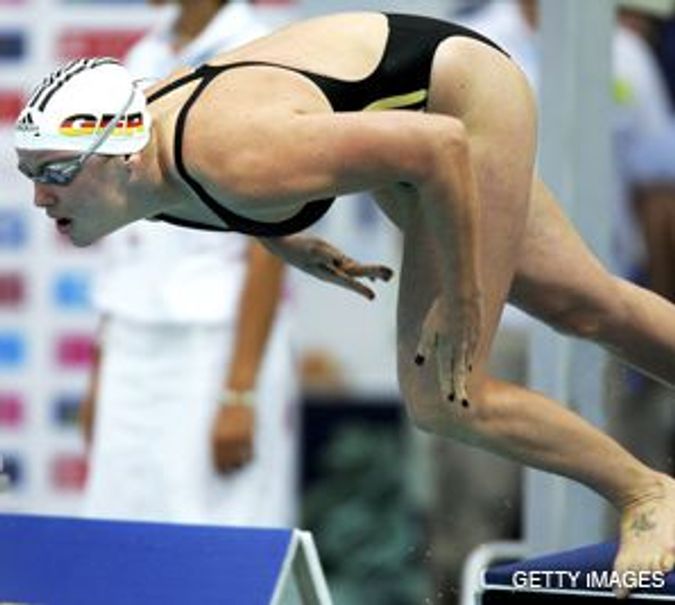 Instead, the 2004 Olympic bronze medalist boasts connections numerous and varied, with passports from Germany and South Africa, and All-American academic and athletic honors from her time at the University of Georgia, where she swam for the 2005 championship team of the National Collegiate Athletic Association. Born in Capetown, the 25-year-old Poewe competed for South Africa at the 2000 Olympics in Sydney, Australia, but claimed her bronze medal four years later as part of a German 4 x 100 meter relay team that broke national and European records on its way to the podium.

Poewe will compete for Germany, her father’s homeland, a second time during the 2008 games, having set additional national and European records as she qualified for the 100-meter breaststroke. (She’ll also compete in the 200-meter breaststroke, in which she’s Germany’s reigning champion.)

But while it’s the German national anthem that will play if Poewe wins a gold medal in Beijing, the athlete, whose mother is Jewish, may spend part of the games thinking about yet another region of the world — Sudan, where a genocide rolls on against a backdrop of accusations of complicity against the games’ Chinese hosts.

Poewe, who toured the White House and met President Bush after her college team’s 2005 NCAA victory, pledged her support at the end of last year to Team Darfur, an international coalition of Olympians that raises funds and awareness about the mass killings that have taken the lives of hundreds of thousands and displaced more than 2.2 million. “I feel deeply for this organization,” Poewe wrote to the group, drawing connections to lessons she learned as a child in South Africa.

Fluent in German, English and Afrikaans, Poewe has been on a tear for the past year in short-course races, winning five medals — including one gold — at World Cup events in 2007. The Olympic pool, by definition, is a long-course venue, but the athlete should be prepared, having suspended her university studies to focus on the games. So far, the decision appears to have paid off: Poewe, who has been featured in the South African edition of Sports Illustrated, achieved personal bests during both of her races at the German Olympic trials.

Still, her personal Web site betrays the sort of superstition famous among her athletic counterparts, with the swimmer urging supporters to keep both their “fingers and toes crossed” in advance of her August races.