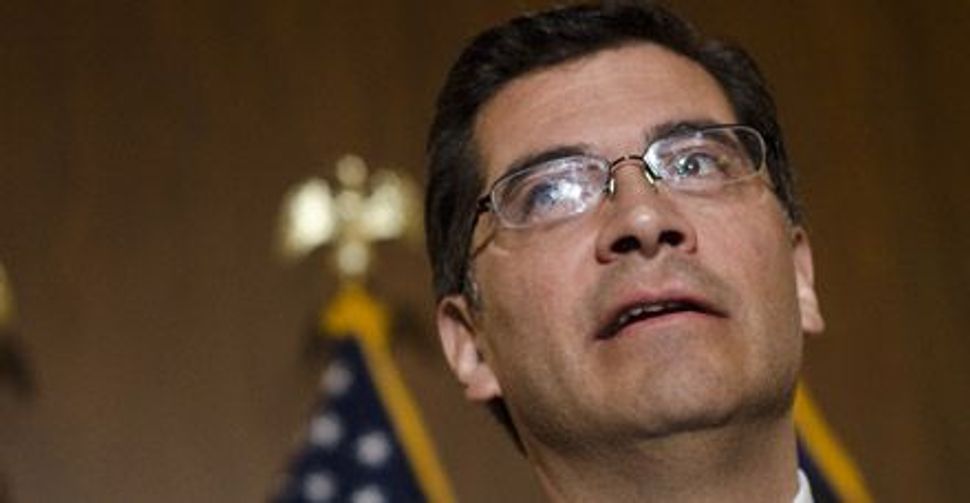 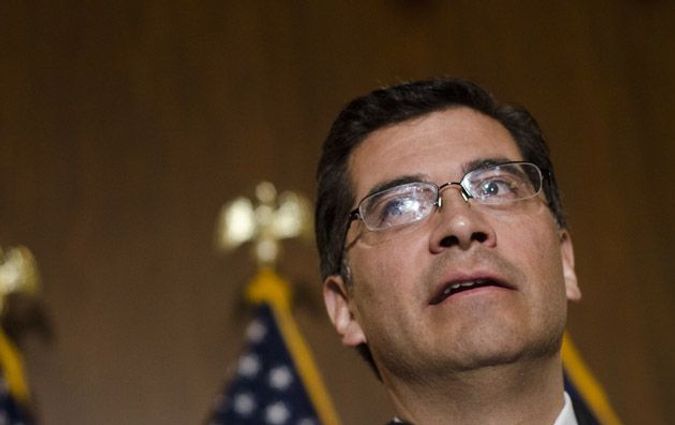 Ethnic Politics: Rep. Xavier Becerra sees Jews as a model for making ?the leap to those places where your influence goes beyond your sheer numbers.? Image by Getty Images

At the same time, Latinos are seeking stronger Jewish support for immigration reform. But it remains to be seen just how, when and to what extent each side may be able to satisfy the needs of the other so as to bring to fruition a partnership for which some have long been calling.

The latest attempt, a formal Jewish-Latino congressional caucus, was launched June 14 and is expected to build a legislative coalition that could boost the common interests of both communities.

Each side comes to the table with a list of expectations that could be hard to meet, at least in the short term. The Jewish community would like to see its Latino counterparts become more active on issues relating to Israel, a tall order for a community whose immediate political challenges in this country leave little time for foreign policy concerns, much less concern about the Middle East.

The Latino community, meanwhile, wishes to see Jewish lawmakers help push through comprehensive immigration reform, which is all but stuck in Congress.

“It’s a quid pro quo,” said Rabbi Marc Schneier, founder and president of the Foundation for Ethnic Understanding. “We have the issues that are important to us, and on the other hand there are issues they care about that we should support.” Schneier, who is not involved in the creation of the new congressional caucus but has been reaching out actively to the Latino community, stressed that the main interests of the Jewish community are fighting anti-Semitism and supporting Israel.

The initiative for creating the Latino-Jewish caucus came from the American Jewish Committee, which has been leading the pack in forging relations with the Latino community in the United States and with governments in South and Central America. Attending the Capitol Hill launch event were legislators from both sides of the aisle, ambassadors of Latin American countries and Israel’s ambassador to the United States, Michael Oren, who was fondly introduced by caucus co-chair Ileana Ros-Lehtinen, a Florida Republican of Cuban descent, as “Embajador Miguel Oren.”

The newly formed caucus, with a total of 16 lawmakers, includes 5 Jews, 9 Latinos and two who are neither. At this stage, there are no specific plans for a staff or budget to follow up on the coalition’s launch.

In Congress, representation of the two communities is strikingly disproportionate. There are 36 Jewish representatives in both chambers, while the Jewish community makes up roughly 2% of the general population. On the Latino side, there are 30 lawmakers coming from a community that is 16% of the overall population.

But demographic trends make it clear that Latino representation in Congress will only rise. Data from the 2010 U.S. Census indicate that Latinos are the fastest-growing ethnic group in America. Moreover, constitutionally mandated re-districting based on that census could strengthen Latino representation in Congress while decreasing the Jewish presence.

This is the case in New York State, which has the largest Jewish population but will lose two congressional seats. In California, veteran Jewish Democrat Howard Berman could be facing a tough re-election challenge in a newly redrawn district that would be predominately Hispanic.

Over the past decade, the Jewish organizations have increased their outreach to Latino communities on both the local and national levels. Jewish groups have taken Latino leaders on trips to Israel and tried to join forces in discussing domestic policy issues.

“I think that is where we can gain a lot from our Jewish brothers and sisters,” said California Democrat Xavier Becerra, another co-chair of the new caucus. “We can really learn from the Jewish community how to make the leap to those places where your influence goes beyond your sheer numbers.”

Latinos also hope to harness Jewish clout for issues close to their hearts, starting with immigration reform, which touches the lives of millions of Hispanic families throughout the country.

David Ayon, senior fellow at Loyola Marymount University’s Leavey Center for the study of Los Angeles, said that Latinos confront fear, often stoked by opponents of a more open immigration policy, about their rapid growth in numbers. But because of its own history of mass immigration, the Jewish community overall does not share such fears.

“You look to see who you can work with in the rest of society, and there is a special potential for working with the Jewish community because of its openness,” he said.

When it took office, the Obama administration promised to prioritize immigration reform, but efforts to move legislation forward fell flat because of lack of support in Congress.

Jewish lawmakers, as well as most Jewish national organizations, have been supportive of legislation to legalize the status of undocumented immigrants. But their stand has not been enough to tip the balance and advance the legislation. Some say Jewish lawmakers and organizations have not made the issue enough of a priority.

“The Jewish community was very vocal in its support,” said Dina Siegel Vann, director of the Latino and Latin American Institute of the American Jewish Committee, “but there are still people in the community who don’t understand it is not a Latino issue but an American issue.” Siegel Vann, one of the leading professionals in the field of Jewish-Latino outreach, said there is a need for the Jewish community to take on immigration as “the civil rights issue of our times.”

Meanwhile, expectations on the Jewish side of the coalition, focus, among other things, on the recent move by several Latin American countries to recognize a Palestinian state. For the pro-Israel community, this has underlined the need to increase diplomatic efforts in this part of the world. New York Democrat Eliot Engel, another caucus co-chair, said that expatriate Latino communities in the United States could play an important role in changing this trend. “If there are Americans who came from these countries, they could let their feelings be known to those countries. I think it can be helpful,” he said.

Ros-Lethtinen raised other foreign policy issues in which Latinos and Jews can cooperate politically, including countering Iran’s increasing influence in South America and fighting religious intolerance in Venezuela and Nicaragua. Ros-Lehtinen chairs the House Committee on Foreign Affairs.

But Ros-Lehtinen’s interest in foreign policy is not the rule. For the most part, the Latino community shows little interest in foreign affairs, especially regarding the Middle East. “The Latino focus was originally domestic,” said Ayon. He stressed that the potential for getting the Latino community involved in pro-Israel policy is “for the long term, not for the short or medium term.”

Siegel Vann said that Jewish lawmakers could promote reciprocity by using their influence to draw more attention to American foreign policy toward Latin America. “I believe they should be vocal in saying that the Middle East is important and Europe is important, but we need to pay attention to Latin America, too.”