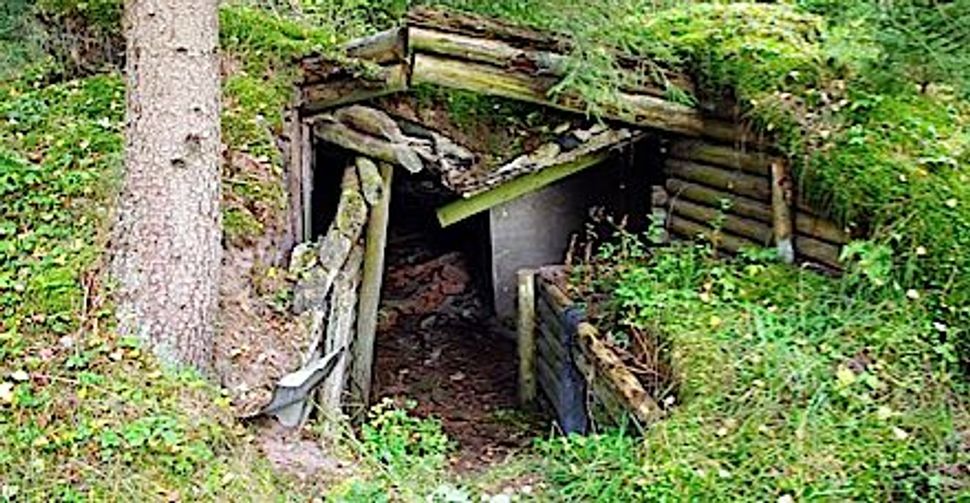 When most of us think of Jewish heritage travel, places like Jerusalem or the Warsaw Ghetto come to mind. Yet, from the pre-Inquisition sites that dot Spain, to farming villages in South America, hundreds of forgotten or under-visited Jewish sites exist across the world. When we put out the call for recommendations of our readers’ favorite overlooked sites on the Forward’s Shmooze blog and Facebook page, we got a global range of answers. Not surprising, most of the suggestions were about Eastern Europe. From your recommendations and my own travels, here’s an informal list of the top 10 Jewish sites often overlooked by travelers.

1. Jewish Museum of Bosnia and Herzegovina 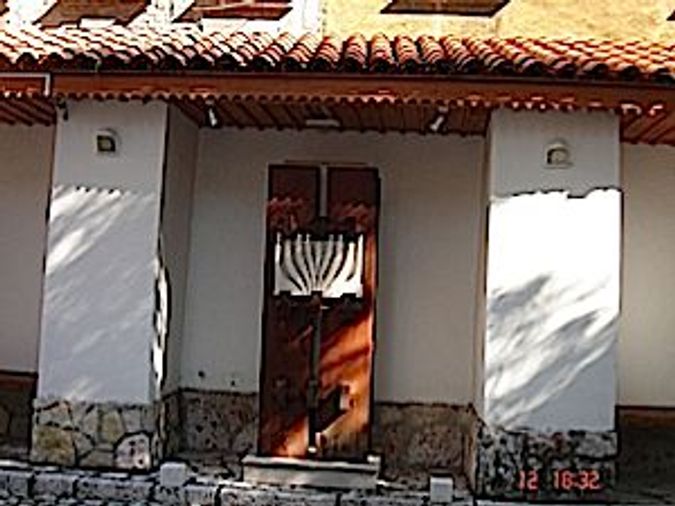 The Jewish Museum of Bosnia and Herzegovina, located in Bascarsija, in old Sarajevo’s Oriental quarter, is “by far the best Jewish museum I’ve ever been to,” said Forward reader Jacob Remes, of Montreal. Indeed, I chose this site because, as Remes explained, visitors won’t find just the usual “spice boxes and Torah shields.” Instead, the museum shows that “Jews were an integral part of the Bosnian people until the fascists killed them.” Built in 1580, the complex was originally a residential facility for the Sephardic Jews, who were expelled from Spain in 1566. During World War II, it was used as a prison, and in 1966 restored as a museum. Sophia Kulich of the Jewish Travel Agency includes the museum on both her Jewish and general-interest tours of Sarajevo.

Remes gets another site on the list with his suggestion of the Jewish Partisan Fort in Rundninkai Forest, 25 miles from Vilna. Comprising decaying concrete, wooden bunkers and other remnants, it was used as a hidden refuge by nearly 400 Jews who escaped the Vilna Ghetto between 1943 and 1944. On his website, cultural heritage consultant and Forward contributor Samuel Gruber calls the Fort “an important aspect of the anti-Nazi fight in Lithuania — something all Lithuanians should acknowledge,” and notes that the dugout structures “record a momentous movement in Jewish history, comparable to the Uprising in the Warsaw Ghetto.” Only one of the Jewish resistance fighters involved with the fort, Fania Yocheles Brantsovsky, is still alive. Brantsovsky, who is in her late 80s, is still running tours. This site makes the list because it might not be around much longer. As Gruber tells it on his blog, “The possibility of preserving this site… aggravates and even enrages those in Lithuania who continue to celebrate the pro-Nazi participants and policies of the war years.” (Contact historian Dovid Katz, who runs the website Defending History, at [email protected] to arrange tours with Brantsovsky.)

Readers of the Forward will already be familiar with Jerry Minsky’s suggestion of Montevideo, Uruguay’s Holocaust Memorial, which I wrote about for the Forward in March, after a visit there. The only Holocaust memorial in South America, the monument, built in 1995, overlooks the Rio de la Plata and features granite slabs with quotations from Elie Wiesel, Maimonides and others. It also includes a stone plaque which tells the story of 15-year-old Ana Balog, Uruguay’s only known Holocaust victim. Tour guide Tamara Levinson includes the monument on her Jewish Montevideo tours.

“What about, even if just for the name, Christchurch Synagogue in New Zealand?” reader Michael Reynolds wrote. Certainly ironic, but the real name is actually Canterbury Hebrew Congregation. The eclectic structure moved to its current building in 1987, and it comprises portions from the original downtown Christchurch building and pieces that are more than 200 years old, brought from a synagogue in Germany whose exact location was lost to time. I recommend it because places like New Zealand and neighboring Australia are often overlooked in terms of Jewish heritage, and also because the building suffered catastrophic damage — particularly to its ark tower — during the 6.3 magnitude earthquake that shook New Zealand in February. According to Tonny de Vries, a congregation board member and head of the heder, the 148-year-old congregation “has not missed a service since 1863, even with the earthquake….” De Vries expects the synagogue to be back up and running by the High Holy Days.

Ruth Ellen Gruber, author of “National Geographic Jewish Heritage Travel” (National Geographic, 2007) and other books, was so adamant about her recommendation of Romania’s painted synagogues and Jewish cemeteries that she contacted us on Facebook and via our Shmooze blog. She nominated the sites — located in the towns of Radauti, Botosani, Piatra Neamt, Suceava, Siret and elsewhere — because of their exquisite combination of Jewish and local folk art. “Art on the gravestones is clearly linked to other forms of Jewish visual art — paper cuts, for example,” she said, adding that the carved imagery on Eastern European Jewish gravestones, which dates back to the 17th century or earlier, “was created by talented and extraordinarily creative stone-carvers who are now, for the most part, anonymous.” Gruber, who also runs a travel blog, said that some of the synagogues, which are located in the same region as Romania’s famous painted monasteries, still contain “the elaborately carved and painted arks [and] the wonderful painted decoration that ornamented the interiors of the many elaborate wooden synagogues that once stood in Eastern Europe, virtually all of which were destroyed by the Nazis.” For those planning a visit, she recommends tour guide Fernando Klabin.

Tamar Gablinger, who runs Gablinger Berlin Tours with her partner, Nadav, e-mailed us to recommend Berlin’s Jewish cemeteries, particularly the Weissensee Cemetery, “the largest Jewish cemetery in Europe, and one of the largest in the world.” The cemetery was designed by German architect Hugo Licht in the Italian Neo-Renaissance style and consecrated in 1880. According to Gablinger, there are about 115,000 graves where “many famous Berlin Jews were buried,” including artist Lesser Ury, publisher Rudolf Mosse and relatives of Albert Einstein. Some tombs were used as hiding places for Jews in World War II, and unlike many Jewish cemeteries in Europe at the time, Weissensee survived relatively unscathed. Only in recent years has it fallen victim to vandals and neglect. Gablinger brings clients here, and also to Juden Kiewer, or Jewish Graves, in Spandau Citadel; the Jewish Cemetery in Heerstrasse, and the Adass Jisroel Cemetery.

Forward reader Earl Starkey, owner of Sophisticated Travel and one of America’s top Turkey experts, recommended the well-kept ruins of ancient Sardis Synagogue, which date from the third-century B.C.E. The ruined city of Sardis in the province of Manisa, an hour and a half from the beach city of Izmir, was the capital of the ancient kingdom of Lydia. I chose it, because, as Starkey explained, “It is among the best preserved ancient synagogues in the world, and the ruins have mosaic floors and inscriptions in Hebrew and Greek.” Starkey said that Turkey is important for understanding Jewish history because following the Spanish Inquisition, many Jews were accepted as refugees, and under the Ottomans, “it was the one country in the world that recognized their importance.” Sardis is one of 34 Turkish synagogues in the book “The Historic Synagogues of Turkey” (American Sephardi Federation, 2008) by Joel A. Zack of Heritage Tours.

Historian Simon Geissbühler, deputy chief of Mission of the Swiss Embassy in Warsaw, Poland, recommended the Jewish cemetery in Vadul-Rashkov, on the Dniester River in Moldova. He calls it breathtaking and completely forgotten. Geissbühler, who wrote a book about the cemeteries, “Like Shells on a Shore,” noted in an academic paper he presented at the 2010 Yiddish(er)Velt Festival that the Jewish cemetery is one of the most impressive you can find in Eastern Europe. It is incredible that it is neither on the list of the International Jewish Cemetery Project nor on the one of Lo Tishkach. The site, which dates from the early 1800s, made the list for its striking vastness and lonely scenery, which speaks intensely of loss. The shtetl may have had about 2,000 Jews before the Holocaust, but Geissbühler said, There are no Jews left in the village today.

9. The Mellah in Marrakech, Morocco 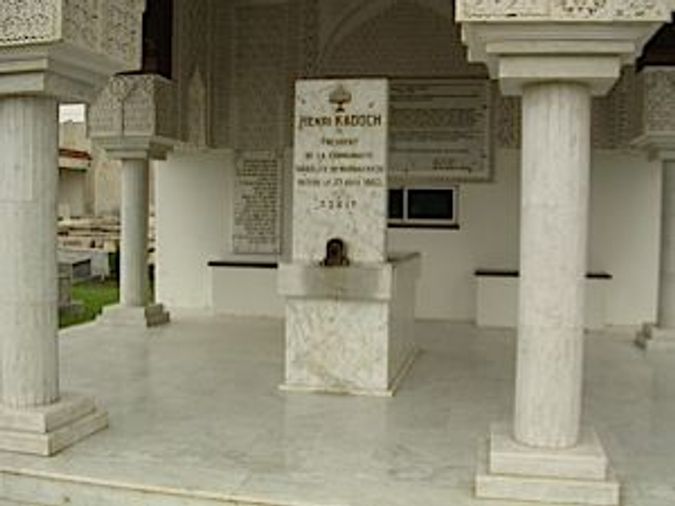 The Mellah in Marrakech, Morocco, did not come as a suggestion from readers of the Forward, but it’s one I included on a recent lecture series I did, called “Jewish Sites of the Middle East.” The Mellah was the old Jewish quarter, and though since the creation of the State of Israel, most Moroccan Jews have left, there is still a small community taking care of it. The Mellah has a school, a cemetery and a senior center, and is open for tours. When I was visiting, I was taken aback by how much the community wanted to show tourists the buildings. In addition, Morocco remains a very stable vacation spot in the Middle East. David Rubin of David Travel includes the Mellah in his Morocco tours. 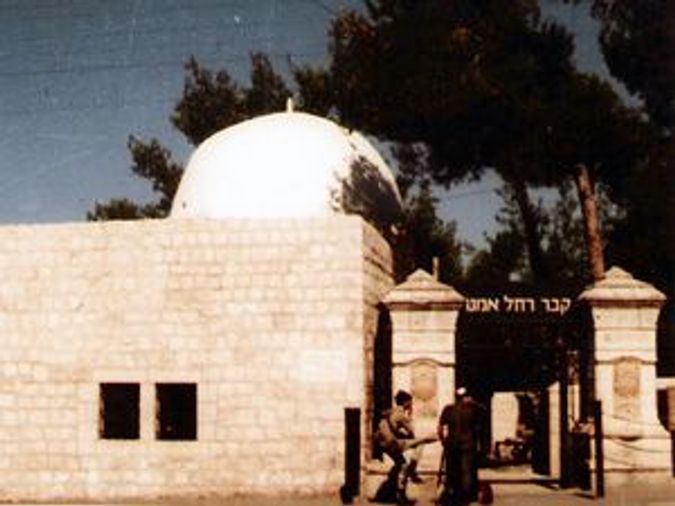 In only one suggestion, Rachel’s Tomb, did we get cross comments. Wendy Kenin from the San Francisco Bay area wrote to us on Facebook, asking us to add “Kever Rachel to the list.” She said that “the tombs of our matriarchs and patriarchs are being considered non-Jewish.” Kenin added, “As a mother and a doula in America, the significance of Kever Rachel is enormous,” insofar as women “go to her tomb to pray for birth, fertility.” Like many Holy Land sites, it is important to all three major Abrahamaic faiths. The Facebook page The Politics of Conflict, representing the Department of Politics and Government at Ben-Gurion University of the Negev, responded, “Politics aside, there is no reason to think that ‘Kever Yosef’ or ‘Kever Rachel’ has any connection to the biblical Joseph or Rachel,” adding, “They are by no means overlooked, but a hot spot for political provocations.” I add this suggestion not to take sides, but to show that any site can have meaning to many groups, and I believe an open debate and open access for all are ideal.

Michael Luongo is the author of the “Frommer’s Buenos Aires” guide and many other travel books.