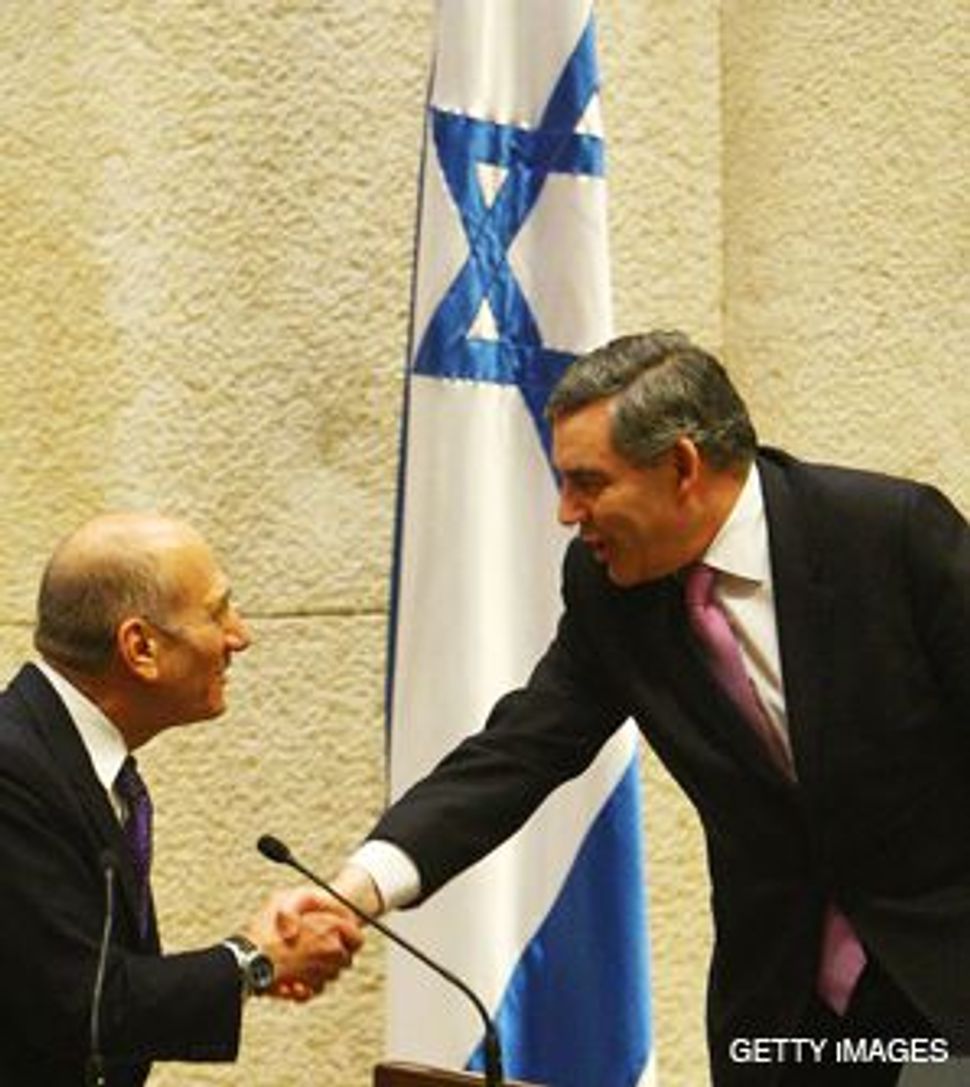 A FAIR SHAKE?: Obscured by other high profile visitors to Israel, Gordon Brown didn?t even rate a mention in Yediot Aharonot.

Haifa, Israel — Barack Obama’s departure from Israel on July 24 marked the end of a summer visiting season during which the Israeli public displayed unusual enthusiasm for its political guests. Just over a month before the Illinois senator’s red-carpet visit, there was a frenzied reception for French President Nicolas Sarkozy and his pop star wife, Carla Bruni. 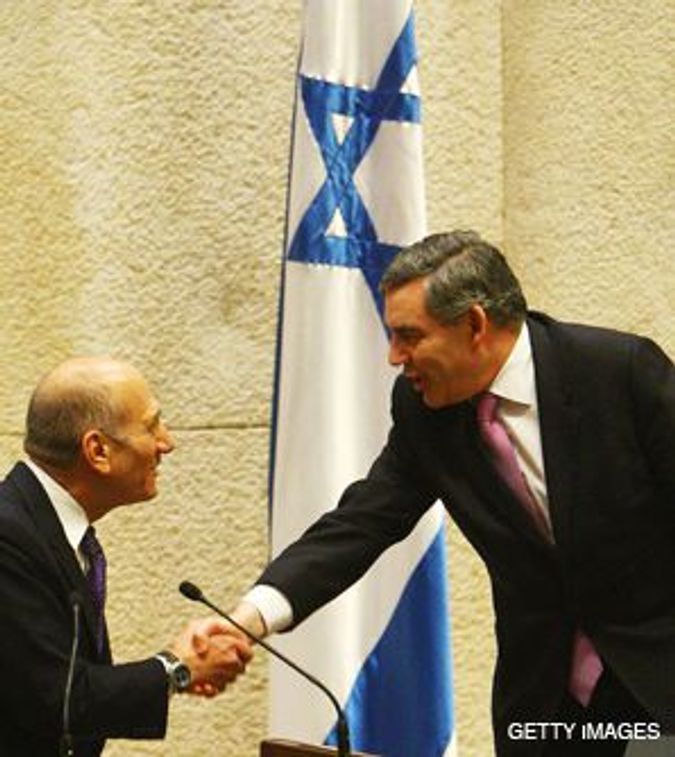 A FAIR SHAKE?: Obscured by other high profile visitors to Israel, Gordon Brown didn?t even rate a mention in Yediot Aharonot.

In contrast, many people did not even know about the visit, just before Obama’s arrival, of British Prime Minister Gordon Brown. There were no British flags around Jerusalem, and on his second full day in the country, when he was about to make history as the first British leader to address the Knesset, he did not even receive a mention in Israel’s largest circulation newspaper, Yediot Aharonot. He was, Haaretz wrote, like “the opening act for the Beatles.”

But among insiders — businessmen, analysts and academics — the sense was that Brown had been given short shrift and that, in fact, he had made a strong impression where it counted. His firm promises to effect bilateral cooperation in trade and academia, and the strong personal commitment he displayed to Israel, won him many admirers.

Freddy Eytan, a former diplomat and Foreign Ministry adviser who now heads the Israel-Europe Project of the Jerusalem Center for Public Affairs, told the Forward: “His message was received with great enthusiasm by politicians. He may not have been so popular in the newspapers, but on the level of diplomats and businessmen it was considered an excellent trip, which is probably what matters.”

All three visitors praised Israel and affirmed its right to exist and defend itself. All three offered reassurances of their determination to deal with a nuclear Iran, and gave rebuke — in differ-ing degrees — for settlement building.

Brown also threw a highly personal message into the mix. He told the Knesset that the small Scottish town where he grew up “is 2,000 miles from Jerusalem — but for me they are closely linked. Not in their landscapes and certainly not [in] their weather, but in the profound impact of your early statehood years on my childhood.”

His father, a Church of Scotland minister, learned Hebrew and served as chairman of the church’s Israel Committee. He also visited Israel at least twice a year, and always showed the young Gordon slides upon his return. From this personal angle, the British leader moved on to praise many aspects of Israel and in turn received a standing ovation.

“It was a very clear and focused message — in many ways, more focused than many of the generalities that we hear,” said Naomi Chazan, a former Knesset member who is now a Hebrew University political scientist and president of the New Israel Fund.

According to Clive Jones, professor of Middle East studies at England’s University of Leeds’s School for Politics and International Studies, Brown was not “galvanizing support on the world stage” but rather “reflecting his real convictions.”

In fact, unlike Obama, who stood to gain in the popularity stakes by backing Israel, Brown serves a public that likes him less with each poll, one that is becoming increasingly anti-Israel. His decision to speak so enthusiastically “shows that on this subject he is clearly still willing to go ahead and say what he believes, despite any reaction from people who are unsympa-thetic to Israel,” said University of London academic Colin Shindler, an expert on relations between the United Kingdom and Israel.

The business sector is abuzz with talk of the visit. Businessmen say that while the public may respond best to the flair of Sarkozy and Obama, they far prefer the grayer character who spent a decade as Britain’s finance minister and who has an unshakable conviction that peace will be brought about through prosperity in the region. He said, despite rumblings back home about divestment, that he aims to increase bilateral trade between Britain and Israel by more than 30% to $6 billion by 2012. He also promised to help develop the Palestinian economy and to increase aid to the Palestinian Authority by $60 million over the next three years.

“Every leader has a different style and profile and gets a different reception from the press, but the business community was very receptive,” said Dan Catarivas, director of the Israel Manu-facturers Association’s foreign trade and international relations division. “The overall atmosphere is that the chips are up and relations with the U.K. are receiving a boost.”

According to Len Judes, chairman of the Tel Aviv-based Israel-British Chamber of Commerce, the fact that Brown brought a “formidable” delegation of 25 top British businessmen, as well as business minister Digby Jones, proved his commitment to British-Israeli trade. “This creates a good level of comfort about trade with Israel back in the U.K.,” he said.

Most impressed by Brown was a group generally difficult to please — academics. The on-off attempts of British lecturers to enact a boycott of Israeli scholars touch a very raw nerve, and Brown’s assertion that “the British government will stand full-square against any boycotts of Israel or Israeli academics and their institutions” went down extremely well.

Nothing pleased his hosts more, however, than the action he took to back up his words. While in Jerusalem, he launched a new $1.5 million academic exchange program, partly gov-ernment funded. It is “highly positive,” said Hebrew University physics professor Eliezer Rabinovici, a leading anti-boycott campaigner. “Responding to those who say to decrease cooperation with Israel that we are increasing cooperation is very important symbolically, and the scheme could really improve relations.”