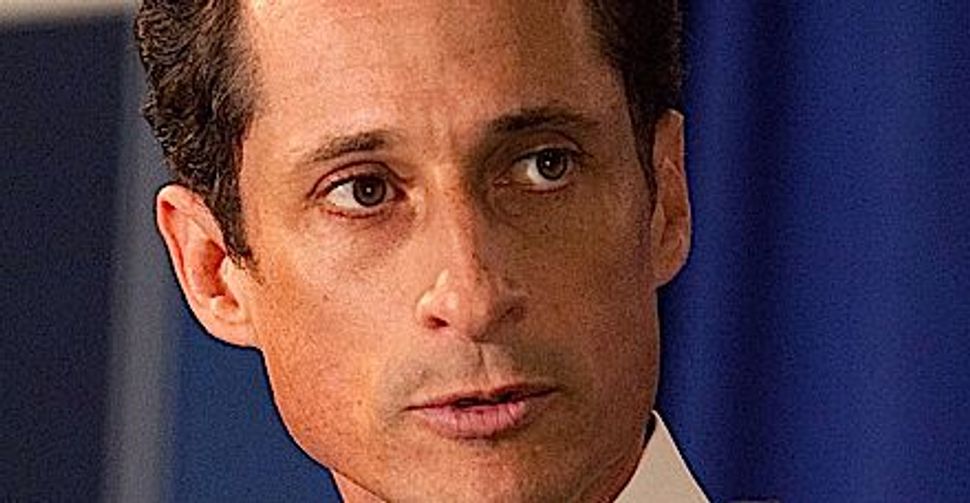 One of the possible consequences of New York Rep. Anthony Weiner’s Twitter-gate affair is another decline in the number of Jewish representatives in Congress. 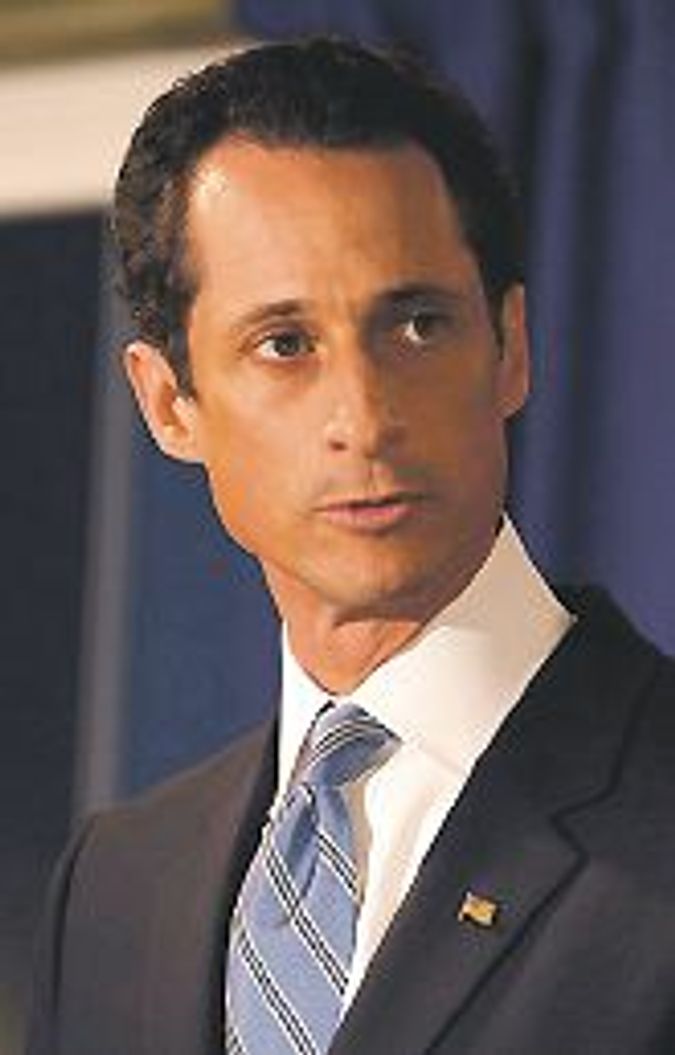 The massive overrepresentation of Jews on Capitol Hill, long a source of pride for the community, has been shrinking in recent years and could drop in the coming election cycle from 41 to the mid 30s, a level last seen 15 years ago.

Analysts differ over whether this reduction heralds a significant decline in Jewish power or, instead, simply reflects short-term individual circumstances.

“I don’t see it as a trend,” said Sandy Maisel, director of Colby college’s Goldfarb Center for Public Affairs and Civic Engagement. “In most cases, we are seeing individual reasons.” Maisel, co-editor of the 2001 book “Jews in American Politics,” said that the reason for disproportionate Jewish representation in the halls of power, namely the community’s upward mobility and the country’s relative absence of anti-Semitism, still holds.

But Jacques Berlinerblau, director of Georgetown University’s Jewish civilization program, sees a meaningful shift taking place. “It is the drawing down of a generation that believed in civil service,” he said. Berlinerblau pointed to the cohort of American Jews who, from the post-World War II era until the end of the century, saw special value in entering public service and also in reaching beyond the interests of their own community.

But even if the decline in representation continues, experts believe its impact on the Jewish community would be marginal. “At the end of the day, it won’t matter much in terms of the Jewish agenda,” said Kurt Stone, political science professor at Florida Atlantic University and author of two books on Jews in Congress. On the issue of Israel, Stone explained, there is almost a wall-to-wall consensus in Congress. On social issues that are dear to the community, much depends on the broader makeup of Congress, since Jewish priorities on domestic issues are largely aligned with those of the Democratic Party. Still, Berlinerblau believes that it is important to have “at least some Jews on the Hill” in order to make sure the community’s voice is heard. He points to the case of atheists, who make up the same portion of American society as do Jews, but have no representation in Congress. Their interests, he argued, are barely heard.

The 112th Congress, which began in January, started off with 13 Jews in the Senate and 28 in the House of Representatives. This number has already dropped by two, with Weiner’s resignation following a lewd photos affair and with the retirement of California Democrat Jane Harman, a veteran pro-Israel representative who left for a post as head of the Woodrow Wilson International Center for Scholars. 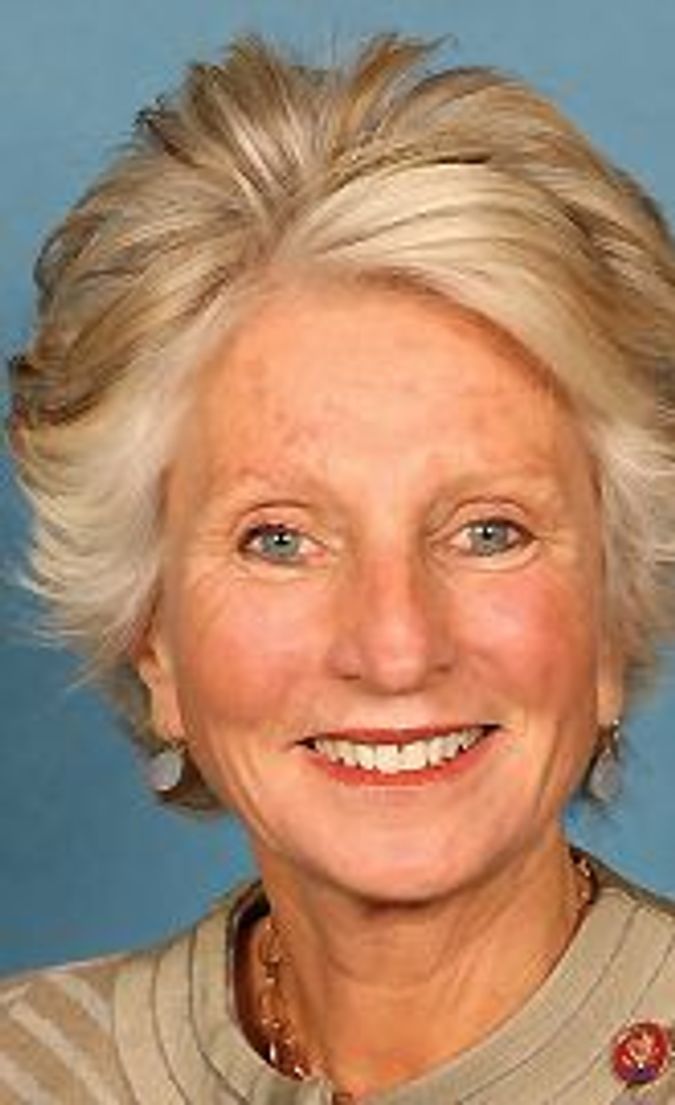 Resigned: Jane Harman stepped down from her congressional seat for another job. Image by Congressional Portrait

But even before Harman and Weiner’s departure, the current Congress had seen the number of Jewish lawmakers shrink. In the 2010 election cycle, seven Jewish lawmakers lost their seats (Senators Russ Feingold and Arlen Specter of Wisconsin and Pennsylvania, respectively, and Democratic House members John Adler of New Jersey, Alan Grayson of Florida, Paul Hodes of New Hampshire, Steve Kagen of Wisconsin and Ron Klein of Florida). Meanwhile, only two seats were gained: Connecticut Democrat Richard Blumenthal in the Senate, and Rhode Island Democrat David Cicilline in the House. The total number of Jewish representatives dropped to 40 from 45.

The hit taken in 2010 is largely viewed as part of the broader anti-Democratic atmosphere that caused massive losses for the party and led to a Republican takeover of the House.

“I wasn’t surprised,” said Jonathan Sarna of Brandeis University, who explained that the fate of Jewish political representation is tied closely to that of the Democratic Party. “It tends to rise when the Democrats are on the rise, and fall when they fall,” Sarna said. He described the ups and downs in the numbers of Jewish lawmakers as a “natural cycle.”

Nevertheless, the downward trend now seems likely to carry over into the 2012 election cycle.

Democratic activists who have been doing the math point to a potential loss of another four to six Jewish seats: Apart from Weiner and Harman, both already departed, Connecticut Independent Joe Lieberman and Wisconsin Democrat Herb Kohl have announced that they will not seek re-election to the Senate. Another possible loss comes from California, where Jewish House members Howard Berman and Brad Sherman, both Democrats, could be forced to fight each other because of the redrawing of congressional districts following the 2010 census.

Uncertainty also clouds the political future of Arizona Democrat Gabrielle Giffords, who is recuperating from a January 8 assassination attempt. Giffords’s aides have said it is still not clear whether she will seek re-election to the House, but experts say that if she decides to run, she is sure to win. Some have even suggested that Giffords run for the vacant Arizona Senate seat.

Beyond that, not all prospects are gloomy for Jewish representation in Congress after the 2012 elections. With several Jewish candidates eyeing Weiner’s congressional seat, there could be a new Jewish member stepping in to replace him. And in Wisconsin, some are urging former Democratic Senator Russ Feingold, who lost his seat in 2010, to run for the state’s other Senate seat, now being vacated by Kohl. In Nevada, there are political rumors that Democratic Rep. Shelley Berkley could join the race for the Senate seat that has opened up with the scandal-related departure in May of Republican John Ensign.

Over recent years, the number of Jewish members in Congress has risen and fallen in nonlinear patterns. A bump in the late 1980s pushed Jewish representation in both chambers to more than 30 members, and another in 2006 brought about a new record with 43 Jewish members. This record was, in turn, broken in 2008, the next election cycle, with 45 Jewish members entering Congress. Since then, the numbers have been declining, and 2012 could see as few as 33 to 35 Jewish senators and representatives.

While experts disagree on the short-term significance of shifts in Jewish political representation, all point to the likelihood of a long-term decline. Growth in Jewish population is stagnant and composes an increasingly smaller portion of the population in general. Berman and Sherman are already feeling the impact of this shift with their districts being redrawn.

Over the years, Episcopalian Christians have experienced a steady decline in their representation in Congress as their portion in the general population has shrunk. “It is possible that the number of Jewish representatives will also decline, but even if that does happen, it will only be in the long run,” Sarna said.

But the Jewish community could be making up for the seats lost by seeing more of its members reach top political leadership positions.

On the Republican side, majority leader Eric Cantor holds the highest position ever held by a Jewish member of Congress. The Democrats, meanwhile, boast a number of high-level Jewish politicians: Democratic Senator Charles Schumer of New York, who ranks third in the Senate leadership; Florida Democratic House member Debbie Wasserman Schultz, who was recently elected chair of the Democratic National Committee, and Steve Israel, who heads the Democratic Congressional Campaign Committee for the upcoming elections.