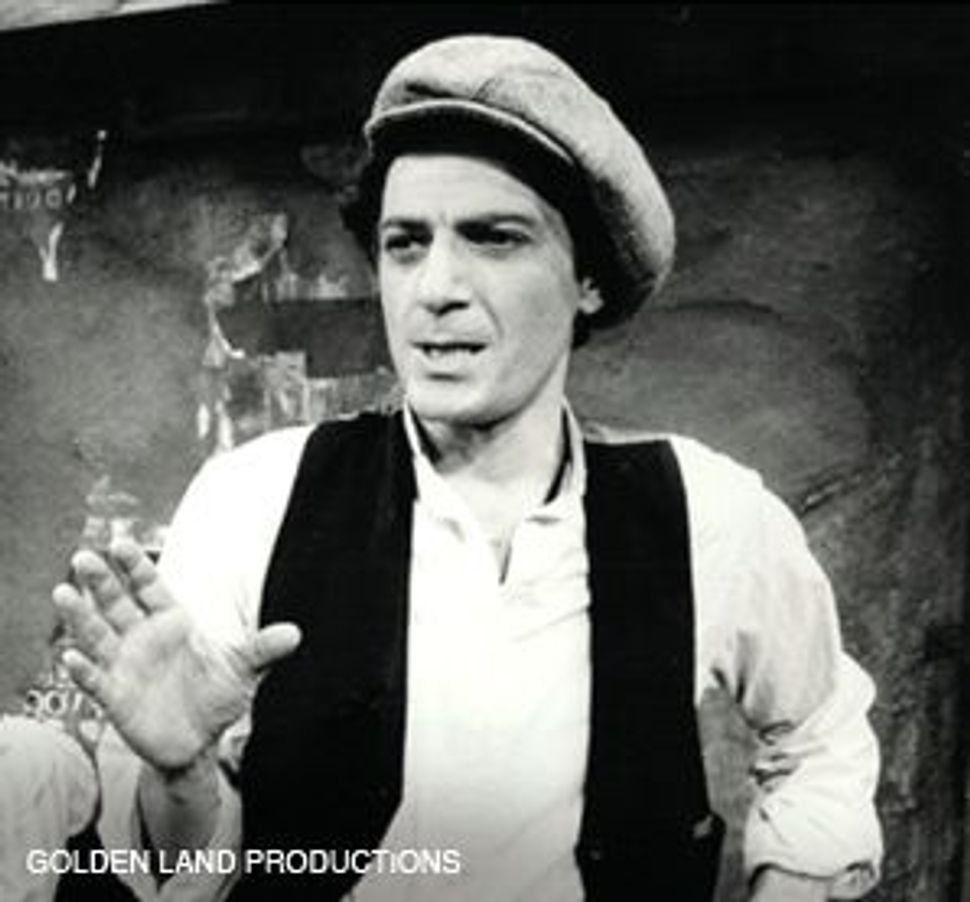 Golden Boy: Adler in a production of ?The Golden Land.? 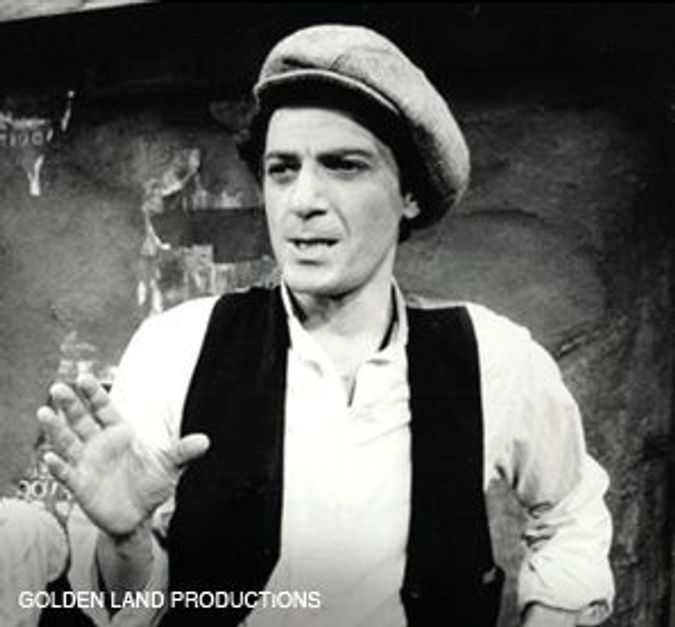 Golden Boy: Adler in a production of ?The Golden Land.?

“There are women in this room who are alive today because of the work being done by ICRF scientists,” declared Benjamin Brafman, a criminal lawyer who served as master of ceremonies at the Israel Cancer Research Fund’s June 17 Women of Action Luncheon. “We always try to pick interesting women to honor. This year we hit the jackpot.”

“I was an apple-eating, Central Park running health nut,” said Hoda Kotb, co-anchor on the “Today” show and a correspondent on “Dateline NBC.” After her mastectomy, her outlook was: “If you survive breast cancer, there are some hidden gifts. I hold on tightly to the things I love, and cast away the ones I don’t… I’m divorced.” She recalled Tim Russert’s advice: “The best exercise for the heart is to bend down and pick someone up.”

In 2001, after she was diagnosed with breast cancer at 28, attorney Rochelle Shoretz founded Sharsheret, an organization that provides health care information to professionals and Jewish organizations. Also honored was Barbara Lerner Spectre, founding director of Paideia, the European Institute for Jewish Studies in Sweden. Among the guests was Irshad Manji, Abraham Fund Initiatives past president and author of “The Trouble With Islam: A Muslim’s Call for Reform in Her Faith” (St. Martin’s Press, 2004).

“When I was newly diagnosed, there were no national organizations to help women, to connect Jewish women with volunteers” told the 300 guests at the Plaza. “We have just thus far received in excess of 100,000 calls… from thoseaffected by breast cancer, from women’s and Jewish organizations.” Judith Eigen Sarna, photojournalist, founder of fashion company Judithe Ann Creations, member of Inter-Agency Task Force on Israeli Arab Issues and the UJA Task force on Arab Citizens of New York, meticulously detailed her family’s cluster of cancers: “seven breast cancer victims of whom four are living with cancer, two pancreatic, one abdominal, one tongue and neck.” She concluded: “In today’s New York Times, Jane Brody wrote an article, ‘Cancer as a disease, Not a Death Sentence.’ This is what research has been able to achieve.”

Spectre congratulated ICRF and touted Paideia as a new chapter in Jewish history to help Jews reclaim their heritage. “There were 10,000 Jewish babies born between 1941 and 1946… hidden during the war. These are unexpected Jews. They want to know [their history] to take their place as Jews…. Jewish dissimilation is an anomaly in Europe.” Co-Chaired by Fanya Heller and Judith Sherman, the program included greetings by ICRF President Harriet Elisofon and New York Chair Judith Sherman; Rabbi Allan Blaine of Temple Beth-El in Belle Harbor, N.Y., presented the invocation and motzi. ICRF’s chairman, Dr. Yashar Hirshaut, justifiably boasted that ICRF award recipients now include “the first two Israelis to win a Nobel Prize, three Israel Prize winners, two Wolf Prize recipients and two Albert Lasker Award winners.” In his journal message, Hirshaut stated, “We must remain focused on our important mission to help [scientists] eliminate cancer for the benefit of the entire world.”

When I received the e-mail from the Yiddish Theatrical Alliance’s president, Corey Breier, that “our beloved Bruce Adler” had died of liver cancer at 63, like all those who had known him, I was in a state of disbelief. How was it possible?! As Eleanor Reissa, who had shared the stage with Adler over the years, noted in her and husband Roman Dworecki’s July 27 obit notice in The New York Times, “Who will eat blintzes with the princes now?” — a reference to his inimitable patter song about dining with the tsar — my reaction was, “Who will ever again sing ‘Hootsatsa’ as he had?”

In 1992, when Adler landed the role of impresario Bela Zangler in the Broadway musical hit “Crazy for You” (a remake of George Gershwin’s “Girl Crazy”), on opening night his dad, Julius Adler, was schepping nakhas in the orchestra. In my review I noted: “His mother, Henriette Jacobson, was no doubt applauding from the mezzanine of the Second Avenue Pantheon in the sky.” During our chat backstage, he told me that when “Crazy for You” made its debut that February in Washington, D.C., at the National Theatre, the first President Bush and his family had come to see the musical. The Secret Service men had been stationed in the basement and had not been told that shots are fired in the play. Chuckling, Adler said: “At the first ‘pop,’ they made a mad rush up the stairs. After that, every actor crossing under the stage was frisked.”

In January 1994, after my third or fourth visit to see him in the musical, I asked him where he gets the energy to portray the physically demanding role of Bela Zangler. “Are you meshuga?” he said, looking at me as though I had lost my wits. “One waits a lifetime for a hit like this. And if they have the paycheck, then I have the energy.” Later that year, when the musical celebrated its 1,000th performance, there was an offer, from July to October, that if you identified yourself as a Forward reader, you could get either a Bruce Adler signed playbill or autographed photo.

In my 1984 review of “The Golden Land” (a revival of its original 1982 successful launch), published in the English section of the Forverts, I wrote that “one of the highlights was a paprika hot “Rumeynie, Rumeynie” sung by Bruce Adler. Did not realize that a dozen years later, this reference would figure in a diplomatic setting. At the December 6, 1996, goodbye dinner held at the Romanian consulate for Israel’s departing Romanian-born consul general, Colette Avital, and hosted by consul general Gheorghe Lupes, I was seated next to Romania’s permanent representative to the United Nations, Jon Gorita. When the main entrée, part of a seven-course dinner, was served, Gorita was surprised I knew that the corn-meal/polenta mush on my plate was mamelige. “But everyone who has heard ‘Rumeynie, Rumeynie’ sung knows what a mameligele is.” I told him that the Yiddish theater was born in Romania and that any Yiddish-singing performer worth his paprika must include “Rumeynie, Rumeynie” in his repertoire. I also told him that this song has done more to promote Romanian cuisine — karnatzkeles, stuffed cabbage — Romanian wine and pretty girls than most travelogues. Neither Gorita nor Lupes had ever heard of this song. I promised to send them both a tape of this classic Yiddish vaudeville gem. But whose version? It was a no-brainer. I called Bruce Adler, and he sent me several tapes, which I then forwarded to the Romanian diplomats.

In 2005, at the May 11 New York Festival of Song’s “Lost Tribes of Vaudeville” concert, Bruce Adler blew the audience away with his high-octane rendition of Ikh Bin a Border Bay Mayn Vayb” (“I’m My Wife’s Boarder”), “Rumeynie, Rumeynie” and the joke-laden “Hootsatsa.” Bruce repeated this trio of gems at what turned out to be his last performance, on May 21, 2008, at NYFOS’s 20th anniversary gala, held at Zankel Hall. In his July 24 e-mail to my daughter Karen and me, Steven Blier, co-founder and co-artistic director of NYFOS, wrote: “I valued and respected Bruce very much, and was aware of how much he sacrificed to be with us in May. I wrote him after the performance and didn’t hear from him.” Who will sing “Hootsatsa” like he did?