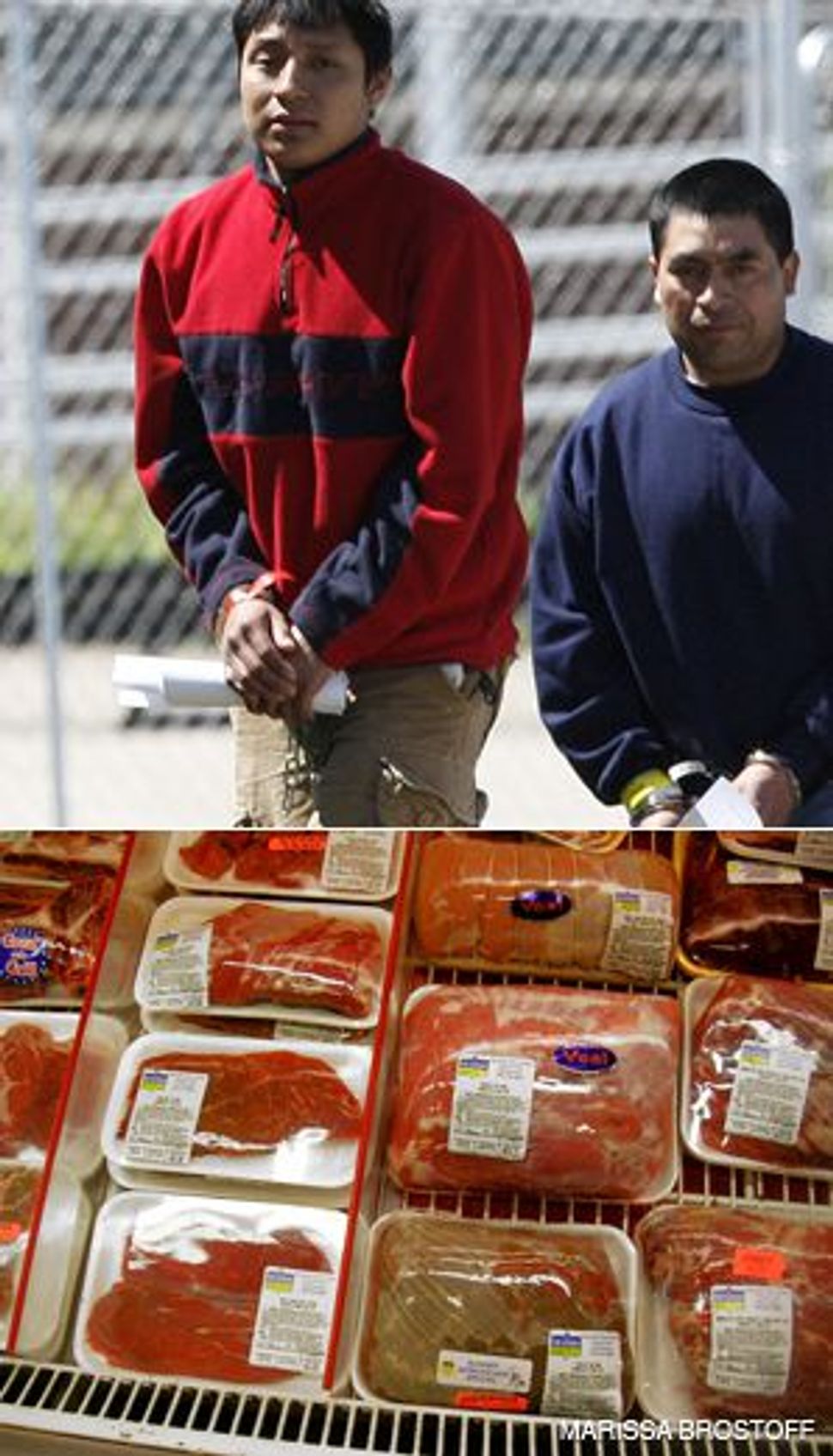 A group of Orthodox leaders returned from a company-sponsored tour of a kosher slaughterhouse that has been under fire for its working conditions. The rabbis reported that the plant was clean and the workers happy.

On July 31, a group of 25 Orthodox rabbis and community leaders visited the Agriprocessors slaughterhouse in Postville, Iowa, at the company’s expense. The visit was the first publicized tour of the plant by Jewish leaders since May 12, when federal immigration agents raided the slaughterhouse and arrested nearly 400 workers on charges related to their immigration status. Several rabbis who were on the tour told the Forward that the plant seemed clean and modern and that the workers they spoke to seemed satisfied.

“The responses were the responses of people there who were working hard, willing to work and satisfied with what was happening in the plant,” said Chaim Goldberg, a pulpit rabbi from Minneapolis. Goldberg added that out of convenience, he had driven to Postville at his own expense.

After the Forward published an investigation on working conditions at the Postville plant two years ago, rabbis from the Conservative movement visited the plant and criticized the company’s treatment of its workers. The government warrant that paved the way for the raid in May detailed numerous abuses inside the plant. Since the raid, press reports have given voice to workers complaining about the way the company has dealt with its employees.

These investigations have produced a long list of allegations against the company, including that it employed underage workers, that insufficient safety training led to workers being injured and maimed, and that workers were underpaid. Amid all this, a number of Orthodox rabbis and organizations have defended Agriprocessors from afar, saying that the allegations leveled against the company are unproved.

One of the trip’s lead organizers, Rabbi Pesach Lerner, executive vice president of the National Council of Young Israel, said that the visit’s purpose was to provide participants with a firsthand look at conditions at the plant.

A statement released afterward by the group said that “the Rabbis marveled at how the media reports, which have traditionally placed a strong emphasis on statements from union officials and others who do not necessarily have personal knowledge of the situation, actually differ from the situation that they observed during their mission.”

The Orthodox leaders who visited Postville, including officers of several major Orthodox organizations, were given a plant tour, roughly three hours long, by Agriprocessors management. Several rabbis who went on the tour said that they were permitted to roam freely through the plant and to talk to workers without supervision by management.

“Everybody spoke to all kinds of people on line, in the lunchroom,” said Rabbi Dovid Eliezrie, a Chabad rabbi from Orange County, Calif. “What I saw there was not what I read Friday morning in O’Hare Airport, that it’s a kosher jungle. I saw a state-of-the-art plant.”

Agriprocessors is the largest producer of kosher meat in the United States, and the Postville plant is the largest kosher slaughterhouse in the country.

In addition to a tour of the plant and of Postville, four rabbis on the trip met with a local religious leader and a social worker who have worked with many of the plant’s employees. At the meeting, the rabbis offered to help look into complaints of worker mistreatment and to set up a regular meeting with Agriprocessors management.

“I told these people I’m here to listen and to help,” Young Israel’s Lerner said. Paul Rael, director of the Hispanic ministry at St. Bridget’s Catholic Church, attended the meeting. Rael said he was open to a dialogue but that he was troubled by his sense that the rabbis believed the stories of worker abuse to be fabrications.

“I was telling them that I sat at my desk on many occasions and heard this for many years. When you hear the same thing over and over again, you know it can’t be fabricated and there has to be some substance to it,” said Rael, who has worked at St. Bridget’s since 2003.

The statement from the rabbis said that “as of this moment, the Rabbis are awaiting documentation of the alleged abuses to workers of the Agriprocessors plant.” Rael said that he had not visited the plant himself and that the plant might have been changed recently, but the descriptions from the rabbis didn’t jibe with what he had been hearing from his congregants for years.

“The plant they’re describing to me, and the plant I’ve had workers describe to me, is not same facility,” Rael said.

Some in the Orthodox community are calling for a more rigorous investigation. On July 30, one day before the Orthodox leaders visited the plant, Rabbi Shmuel Herzfeld of Washington’s Ohev Sholom — The National Synagogue, sent a letter to Rabbi Basil Herring, executive vice president of the Rabbinical Council of America, which is the largest organization of Orthodox rabbis. Herzfeld demanded that the RCA commission “a transparent, independent investigation” into the charges against Agriprocessors.

“We need a commission with incredible stature and with rabbis of great merit who can spend a few weeks or a month [in Postville] and can make recommendations,” Herzfeld told the Forward. Herzfeld, who is a member of the RCA, said that the recent trip to Postville was too short and that Agriprocessors’ sponsorship of the trip compromised the findings.

Herring declined to comment on the letter specifically, saying that it was a private communication. He said that the RCA lacked the resources, expertise and powers to conduct an appropriate investigation into the allegations and that it made more sense to wait for federal investigations to run their course.