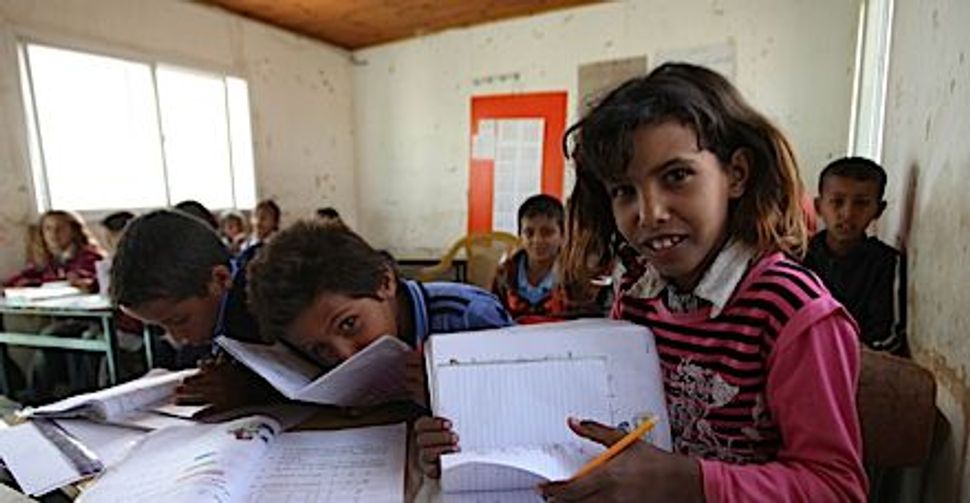 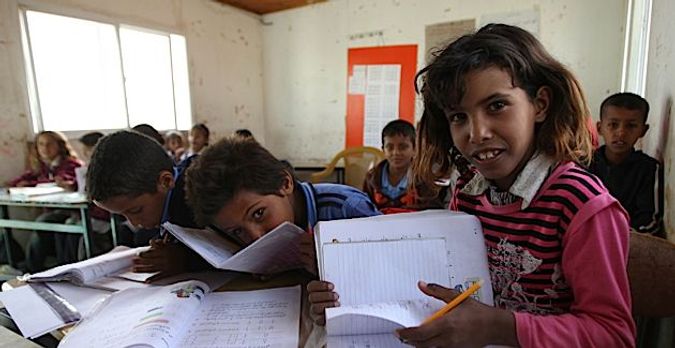 In an effort to settle one of the longest-running disputes in the Middle East peace process, American, Israeli and Palestinian researchers are conducting what purports to be the first scientific study of incitement in Palestinian and Israeli textbooks.

The study, funded by a $500,000 grant from the U.S. Department of State, was commissioned by the Council of Religious Institutions of the Holy Land (CRIHL), a Jerusalem-based consortium of senior Islamic, Jewish and Christian religious figures in Israel and the occupied Palestinian territories. The study seeks to provide the first rigorously empirical and objective analysis of how Palestinian and Israeli textbooks depict the “other.”

“Our purpose is to help build a culture of peace there,” said Bruce Wexler, the Yale University psychiatry professor who designed the study. “That is what the religious leadership council wants to do.” The results will be released sometime at the end of this year or in early 2012. After that, the religious council will begin making recommendations on education reform to the Palestinian and Israeli governments, based on the research.

According to Wexler, the study’s methodologies “have not been used in textbook analysis before…. We borrowed techniques in other areas of research to create a more objective, quantitative analysis.”

For years, Israelis and Palestinians have accused one another of incitement in their respective school textbooks and in other media. In the United States, charges of Palestinian textbook incitement have become a major talking point for many Jewish groups. The American Israel Public Affairs Committee has repeatedly called for an end to Palestinian incitement.

The current project was initiated in 2009 when the CRIHL decided to weigh in publicly on the issue of education for peace in Israel and the Palestinian territories. The council, whose members include Oded Wiener, Director General of the Chief Rabbinate of Israel, Munib Younan, Bishop of the Evangelical Lutheran Church in Jordan and the Holy Land, and Haj Salah Zuheka of the Palestinian Ministry of the Waqf and Religious Affairs, realized early on that there were inadequate data on the textbooks and how they relate to the conflict. This led it to commission the study, asking Wexler to design and implement it.

Wexler applied for a grant from the State Department’s Bureau of Democracy, Human Rights and Labor Affairs. In 2009, the Palestinian-Israeli textbook project received about $500,000, part of a $4 million fund designated for religious freedom work by Congress.

Wexler’s interest in the Palestinian-Israeli conflict began in 2006, after he published a book on the intersection of neurobiology and culture, “Brain and Culture.” The book dealt with the way that uncontrollable events forge the human psyche at an early age, leading to rigid views of the world as adults.

“Having grown up as a Jew when the State of Israel was born, and reading about Israel in the newspaper, I felt that there were ideas in my book relevant to trying to address the difficulties Israel finds itself in now,” Wexler said.

Wexler started an NGO called A Different Future, which publicized the voices of moderate Palestinians and Israelis through speaking tours and media appearances. It was Wexler’s work with this group that brought him to the attention of the CRIHL.

Well aware of the contention surrounding the incitement issue, Wexler decided to approach the study as a scientist. Borrowing methods from the field of psychiatry, he seeks to document both emotions and the intensity with which they are expressed.

Wexler’s research team isolates units of information found in textbooks — poems, narrative descriptions, maps, stories, photographs, and illustrations. Then, the team identifies both how the unit deals with a particular topic like religion, peace, or history, and to what degree. For example, one portion of the study concerns characterizations of individuals from the other side. The researcher is asked to denote whether these individuals are characterized “negatively, neutrally, positively, or very positively.” The most negative categorization is one that employs biological or medical terms to describe the other — “vermin” or “cancer,” for instance — while the most positive categorization is one of extreme glorification.

Wexler’s initial review of the existing literature on the topic of incitement led him to Daniel Bar Tal, a professor of child development and education at Tel Aviv University, and to Sami Adwan, a professor of education at Bethlehem University. Wexler asked them be his head researchers, earning a degree of criticism from right-wing Israelis, who saw Bar Tal as a leftist, and from militant Palestinians, who saw Adwan as a collaborator. Wexler also created an international Scientific Advisory Panel of 22 academics who had studied textbooks, most in the context of the Middle East.

Bar Tal and Adwan have acquired 141 Palestinian books and 486 Israeli textbooks, from grades one through 12, for analysis.

Almost all Palestinian schoolchildren are enrolled in the public school system set up by the Palestinian Authority after the Oslo Accords. When the Israeli government directly controlled the West Bank and Gaza from 1967 to 1993, Palestinian youth studied with Jordanian and Egyptian textbooks. After the Oslo agreement, the P.A. began to phase out those books; it replaced them with books that describe Palestinian history and culture. A very small number of Palestinians attend private religious schools, and Wexler’s team recently acquired 25 textbooks from these institutions to supplement their research. The Israeli school system has three types of schools — religious and secular public schools, and private Orthodox schools — and each category has its own books.

The CRIHL study is far from being the first inquiry into textbook incitement in the Middle East. But most of these studies involve one or several individuals who review the books and produce a narrative report of the content rather than a quantitative analysis. One such study of Palestinian texts by Itamar Marcus, an Israeli activist who lives in the West Bank settlement of Efrat, has been cited repeatedly by Israeli officials and Jewish groups but attacked by others as unbalanced. When she was a U.S. senator, Secretary of State Hillary Rodham Clinton brought Marcus to present his findings to the Senate.

Marcus said that his organization, Palestinian Media Watch, reviews Palestinian schoolbooks by breaking their content down by theme and then compiling the data on these themes across the range of textbooks. “There is not one positive or neutral statement about Israel’s existence or right to exist” in Palestinian textbooks, he said. “We can make an absolute and scientific statement about that. I don’t know if a computer could make the same kind of analysis.”

AIPAC spokesman Ari Goldberg said that his organization will be interested to learn CRIHL’s findings, and examine its methodology. Textbook reform “has been a major part of what the Palestinians need to do in terms of reconciling themselves to the Jewish state,” he said.

Some Palestinians, however, are unconvinced of the value of studying textbook incitement in the midst of the conflict. “The enmity between Palestinians and Israelis is not about emotions or misunderstandings that can be better understood through a textual analysis, It is about the Palestinian people being dispossessed from their land – not just once, in 1948, but repeatedly, and to this day,” wrote Nadia Hijab in an email message. Hijab is the director of Al-Shabaka, The Palestinian Policy Network. “These are the issues that really need to be addressed if there is to be a just and comprehensive peace,” she said. “After peace is achieved, a lot of healing will be needed and that’s when such studies would have something to contribute.”

Nathan Brown, a political science professor at The George Washington University who has conducted his own study of Palestinian textbooks, also voiced some skepticism about the usefulness of the results to come from applying a “scientific,” seemingly ahistorical approach.

“To tell the Palestinian national story without offending Israeli sensibilities would be tantamount to asking American high schools not to mention the Stamp Act or to omit passages in the Declaration of Independence that seem anti-British,” Brown said.  “Of course, to many Israelis, such statements, however nationalistic, also have the effect of delegitimizing the Jewish state.”

Citing an historical pattern in which peoples in conflict have almost inevitably demonized the other side, Brown said, “This is like trying to teach Vietnam in an American school in the middle of the Tet Offensive.” More importantly, Brown said, studies of incitement do not address the question of whether inflammatory rhetoric and violent images in textbooks actually lead to violent behavior.

“The textbooks are more effect than cause,” he said. “Why do a study unless you assume that textbooks affect political behavior? There is no evidence that they do. Just the opposite: Israel censored all textbooks in use in the West Bank and Gaza” from 1967 until the Oslo treaty led to the introduction of textbooks produced by the Palestinian Authority. “It was graduates of that system that launched both intifadas,” he said.

Wexler is unfazed. “The education effects take longer to play out and develop,” he said. “These children aren’t leaders in their societies yet. But the current leaders can take a look at what they’re doing now…. This self-appraisal by each community of what is in their textbooks could have an immediate effect.”