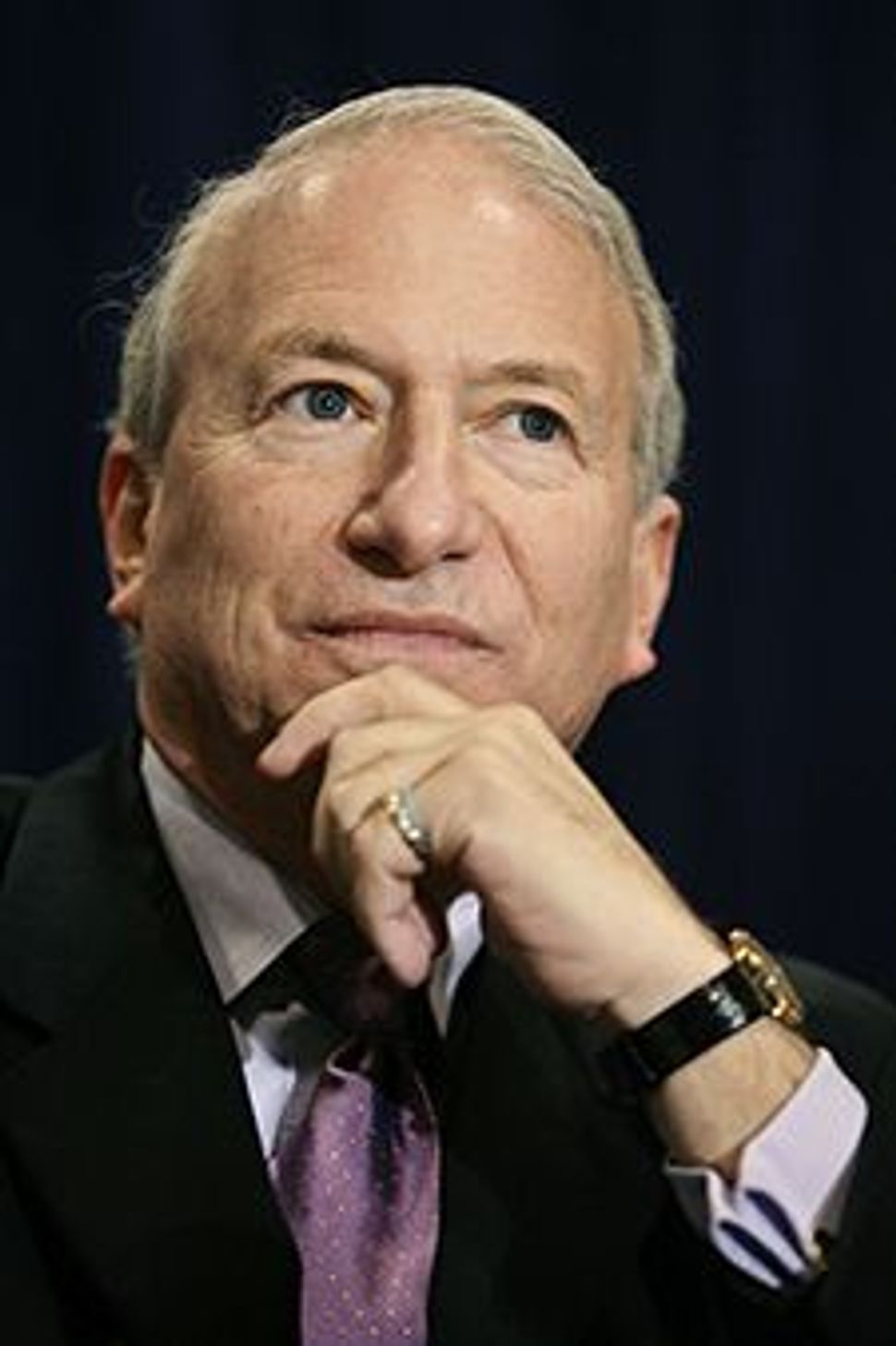 Andy Stern has had a change of heart. 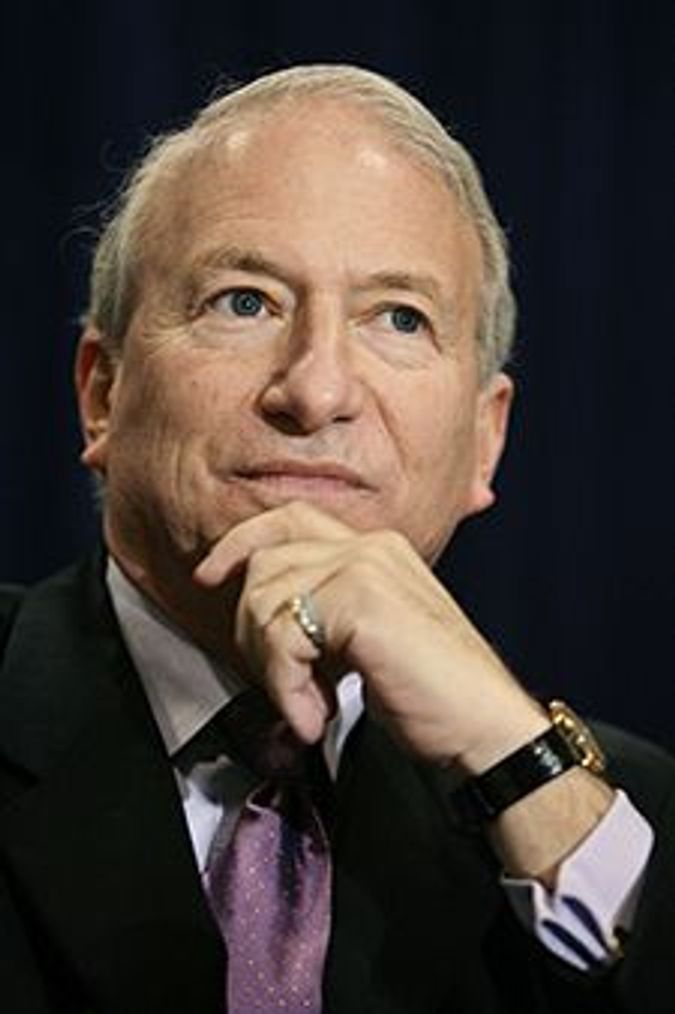 Once the president of the most politically influential of America’s progressive labor organizations, and the most prominent Jewish leader in the labor movement, Stern now thinks he was too hard on private equity and banks.

Stern is also backing a proposed tax break for American companies keeping revenues abroad, a pro-business initiative that his former union calls a “tax giveaway” to corporations. The onetime president of the Service Employees International Union, Stern now sits on a corporate board and says that unions may be too close to the Democratic Party.

His recent public statements have provoked widespread comment in labor and political circles. But some observers say that Stern’s current views don’t represent much of a departure from his outlook while leading the SEIU.

“He has always moved to a tune apart from most of the labor world,” Democratic political consultant Hank Sheinkopf wrote in an e-mail to the Forward. “Supporting what is really a tax holiday is consistent with his career-long unorthodoxy.”

Last September, Stern touted a plan on liberal commentator Ezra Klein’s Washington Post blog by which corporations would be offered a lower tax rate for a limited period on cash earned overseas and brought into the country. Stern called for the resulting tax revenues to be used to fund federal infrastructure projects and create jobs.

Calls for the tax break have increased in recent weeks, following a June 15 panel on the plan at the Washington think tank Third Way, in which Stern participated.

Advocates for the plan say that temporarily lowering the repatriation tax rate to 5.25% from 35% could result in $1 trillion in American corporate cash returning to the United States, spurring growth and job creation.

Critics, including Stern’s former union, call the plan a gift to corporations. “After hauling in record profits last year, why should corporations get another tax giveaway?” asked Peter Colavito, director of government affairs at SEIU, in a statement.

A June 19 New York Times article reported that corporations used revenues repatriated during a similar tax holiday in 2005 largely to award shareholders rather than to create jobs.

Unlike some advocates of the tax holiday, Stern doesn’t recommend requiring corporations to use repatriated funds for job creation. But he does tie his support for the proposal to the creation of a so-called infrastructure bank, which would create jobs by funding infrastructure projects.

Stern has earned plaudits from business advocates for his support of the plan. In a September opinion editorial in The Wall Street Journal, “Andy Stern Sees the Light on Overseas Profits,” Loews CEO James S. Tisch, a former president of UJA-Federation of New York, wrote that Stern “gets it.”

And in a recent appearance on the business news network CNBC, one anchor proclaimed that he was moved near tears by Stern’s apparent ideological reappraisal.

“I’m all choked up,” Joe Kernen told Stern on June 16, on the morning business program “Squawk Box,” which he co-hosts. Stern chuckled, but Kernen continued, “Honestly, I’m so gratified at everything you said last night.” Kernen was referring to Stern’s appearance the previous evening on “The Kudlow Report,” also on CNBC, during which Larry Kudlow, the show’s host, said he was “delightfully surprised” to find Stern supporting the tax holiday.

Stern’s policy divergence from his former union appears to be matched with an overall rethinking of his time at SEIU.

“I was awfully tough on the private equity and the banks” while leading SEIU, Stern said in an interview with Bloomberg’s Judy Woodruff. “Some of it was totally appropriate; other of it probably was a little bit out of hand.”

Stern was on vacation and unavailable to speak with the Forward. But longtime critics within the labor movement were skeptical of his avowed ideological shift.

“He had a progressively, from my perspective, anti-union ideology when he was president of SEIU, and now he’s unchecked totally,” said Sal Rosselli, president of the National Union of Healthcare Workers. “He doesn’t have to be careful anymore.”

Rosselli, former president of SEIU United Healthcare Workers West, famously clashed with Stern in 2009, when his local was taken over by Stern’s international and Rosselli was expelled. The resulting battle split SEIU and drew media attention to growing rifts between Stern and his critics.

But Stern’s allies in the labor movement were supportive of what they saw as an attempt to build creative partnerships in tough times.

“What we need desperately are jobs,” said Bruce Raynor, former president of the garment union Workers United and a close ally of Stern. Raynor recently resigned from his position at Workers United following allegations that he had misreported some union expenses. “If there’s a way for this issue to play into creating a few hundred thousand jobs, that would be very meaningful. I don’t know if there is or not,” he said.

Raynor added that he doesn’t see Stern’s new positions as a significant departure. “SEIU under his leadership partnered with companies,” Raynor said.

Since leaving SEIU, Stern has taken a position as a senior research fellow at the Georgetown Public Policy Institute, affiliated with Georgetown University. He also serves on the corporate board of SIGA Technologies Inc., a biomedical defense firm controlled in large part by the private equity company owned by investor Ronald Perelman.