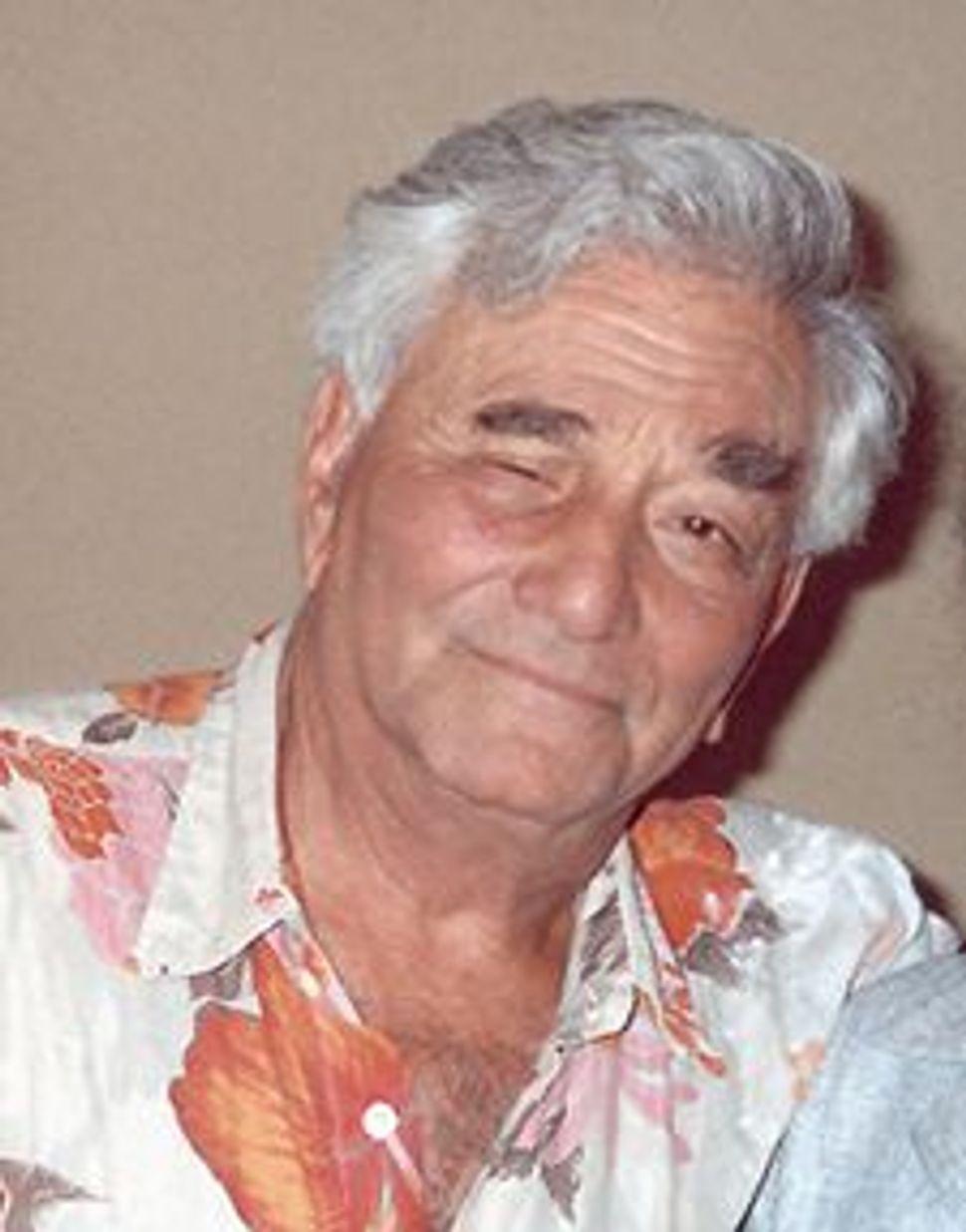 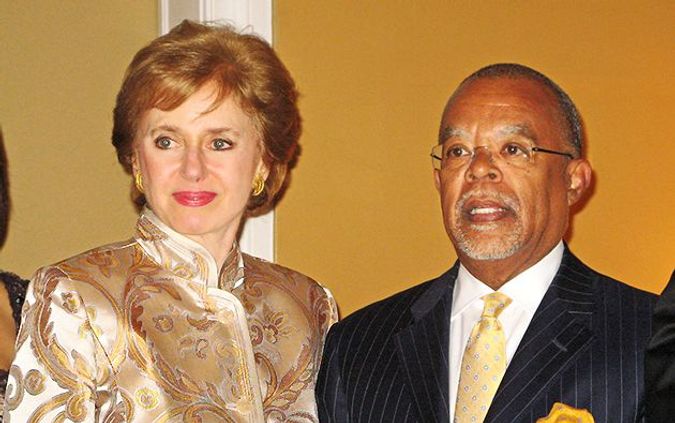 “At our headquarters… on 9/11 we lost people,” said Mark Wagar, president and CEO Empire Blue Cross Blue Shield and recipient of the Corporate Bridge Builder Award, at the annual Award Ceremony and Memorial Lecture of the Tanenbaum Center for Interreligious Understanding, held June 15 at The Pierre. “We had the most diverse company imaginable… I thought: ‘What can I do to help me educate [about the Muslim religion]?’…I drew on Tanenbaum.”

Maz Zouhairi, president and CEO of Lalique North America, presented the award to Wagar. Last year, when Zouhairi received the same award, he said: “A Druze by birth… I was raised by parents who believed in tolerance. I went to a Catholic school [where] we celebrated all the Jewish holidays. My house was next to the only synagogue left standing in Beirut.” This year, Zouhairi added the following postscript: “Now the synagogue is one of the most stunning buildings in downtown Beirut.” Henry Louis Gates Jr., director of Harvard University’s W.E.B. Du Bois Institute for African and African American Research, received Tanenbaum’s Media Bridge-Builder Award. The Tanenbaum Center was founded in 1992 as the Tanabaum Foundation, in memory of rabbi Marc Tanenbaum by his widow, Georgette Bennett, the center’s president. The event’s journal notes: “Tanenbaum.. became one of the United States’ foremost religious leaders and was dubbed the ‘Human Rights Rabbi.’”

Robert Heller, chairman of Tanenbaum’s board of directors, touted the organization’s mission to battle religious extremism and promote pluralism and respect for others.

On June 15, The Women’s Forum of New York launched its inaugural Elly Awards Luncheon, held at the Plaza and honoring Evelyn Lauder, senior corporate vice president of The Estée Lauder Companies, and Diana Taylor, managing director of Wolfensohn Fund Management, LP. Forum president Janice Reals Ellig touted the organization’s focus in fostering leadership in women throughout the world. The award was named for the Forum’s founder, Elinor Guggenheimer. Award presenters were Bobbi Brown, founder and CEO of Bobbi Brown Cosmetics, and Lisa Caputo, executive vice president of marketing and communications for the Travelers Companies. A special treat was Barbara Walters, co-host and executive producer of ABC’S “The View,” leading an edgy questions-and answer session with Lauder and Taylor.: “Were you called pushy, or are you a bitch?” Walters asked Taylor. Nonplussed, Taylor replied: “If you need to get something done, I am a bitch. But you still have to do it.” Walters continued: “Do you fake it till you make it?” Taylor replied, “I still go behind the scenes and ask for advice.”

Among Lauder’s observations about being a woman in business was the impact on her of her “mother-in-law [Estée Lauder], who had a tremendous passion for business.” She also said that from her husband, Leonard, she learned to be “careful whom you hire,” and that when you fire someone, in order to make that person feel important, you “tell them that it was not a good fit.”

Among the guests were honorary chairs Lucy Jarvis, legendary TV producer, and Muriel Siebert, the first woman to own a seat on the New York Stock Exchange.

The State of Israel Bonds at 60 New York Region Gala, honoring New York State AFL-CIO President Denis Hughes and held June 13 at Gotham Hall, could have been subtitled “Israel Meets Broadway a Day After the Tony Awards.” The host, comic Elon Gold, lobbed chucklers like they were flying matzo balls: “The difference between Israelis and Jews is, Israelis return fire, Jews return merchandise; Charlie Sheen is Jewish because his mother is Jewish [and he] waits six hours between meat and cocaine; Jews don’t live on settlements, Jews live off settlements.”

City Comptroller John Liu announced the city’s purchase of $15 million in Israel bonds, and State Comptroller Thomas Di Napoli announced the state’s purchase of $25 million in Israel bonds. Stuart Appelbaum, president of the Retail, Wholesale and Department Store Union and of the Jewish Labor Committee, said: “Israel has a good friend in the U.S. labor movement. Israel is the only country in the Middle East where women have equal rights.” He added, “And those suffering the most from the boycott [of Israeli products] will be working-class Israelis and working-class Palestinians.” Hughes said, “The AFL-CIO gives to Israel…. As long as we are a movement in America, we will be willing to fight for the survival of Israel.” It was noted that the United Mine Workers of America has invested $100 million in Israel bonds.

Ido Aharoni, consul general of Israel in New York, said: “In 1958, Israel’s population of 650,000 accepted about 850,000 Jews…. [It] could not have been done without the money raised by Israel Bonds…. Today we hear voices in America and Europe [doubting] Israel’s right to exist. The only effective answer is Israel Bonds. Stewart Lane, CEO of Stellar Productions Intl. and author of the recently published “Jews on Broadway: An Historical Survey of Performers, Playwrights, Composers, Lyricists and Producers (McFarland), highlighted Yiddish theater legends Boris Thomashefsky and Stella Adler. He touted “the Jews’ contribution to Broadway.” The evening’s lineup of Broadway talent included Bebe Neuwirth, Rachel York, Marin Mazzie, Jason Danieley and Israemerica, the house band. 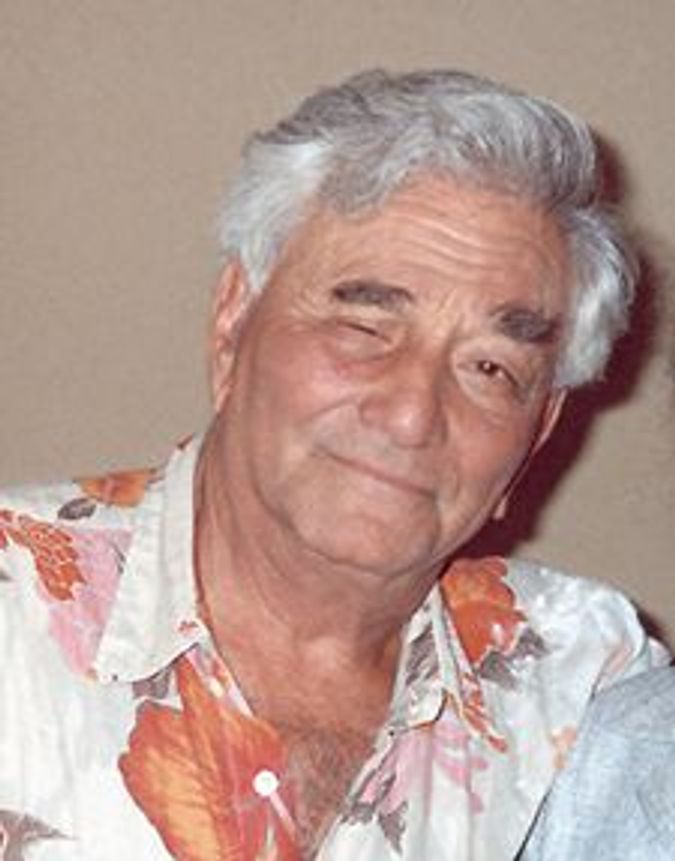 On August 31, 2005, when I met with Peter Falk — TV’s Lieutenant Columbo — who died June 23 at 83, he showed no hint of having Alzheimer’s disease. Tucking and re-tucking his floral shirt into his trousers, he paced the room and seemed to lack zitsfleysh, the ability to sit still. He was in town with co-star Paul Reiser promoting the film “The Thing About My Folks.” Reminiscing about his childhood in Ossining — which he explained was “named after the Sing Sing [originally known as Sint Sinck] Indians” — a fidgety Falk said: “My father is from the generation that believed in work. His dry goods store, Falks, 15 Main Street, opened at 9 a.m. He swept the sidewalk at 6:30 a.m. I never knew what he did between 7 and 9. I always liked my father, felt comfortable with him. [On] High Holidays, my father and mother did not want to go [to services] in Ossining. They drove all the way to [New York City’s] Park Avenue Synagogue. That’s where I was bar mitzvahed.” Falk talked about his passion for drawing, that he’d have liked to have been an artist. As I left, he re-tucked his shirt and gave me a solid chummy slap on my back.