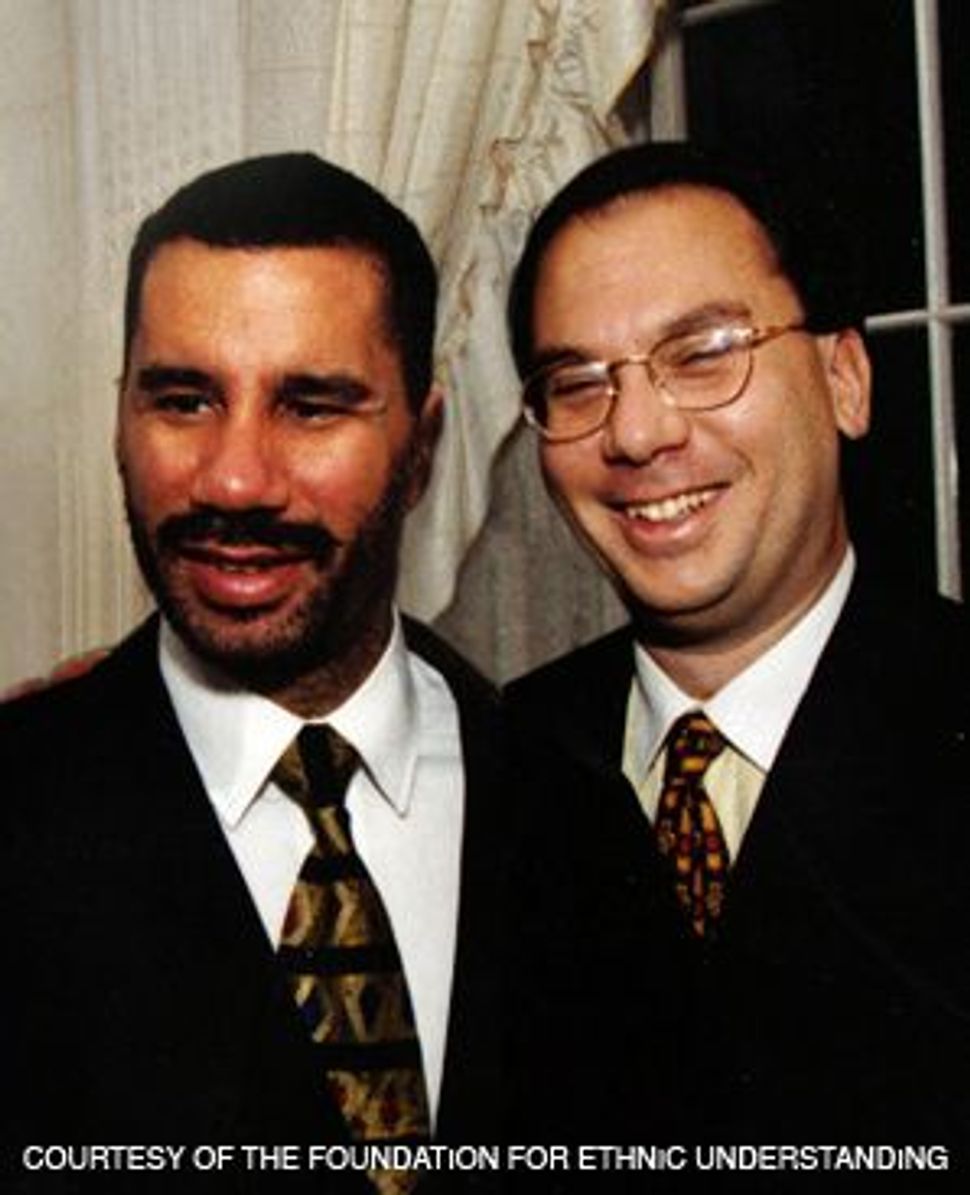 FRIENDS: New York Governor David Paterson, left, spoke at the synagogue of Rabbi Marc Schneier, where he defended a proposal to erect a Jewish ritual boundary in the Hamptons.

In his first visit to a synagogue since becoming governor of New York, David A. Paterson told congregants that he supported their proposal to construct an eruv around their community in the Hamptons, urging more tolerance from residents who have opposed the plan. 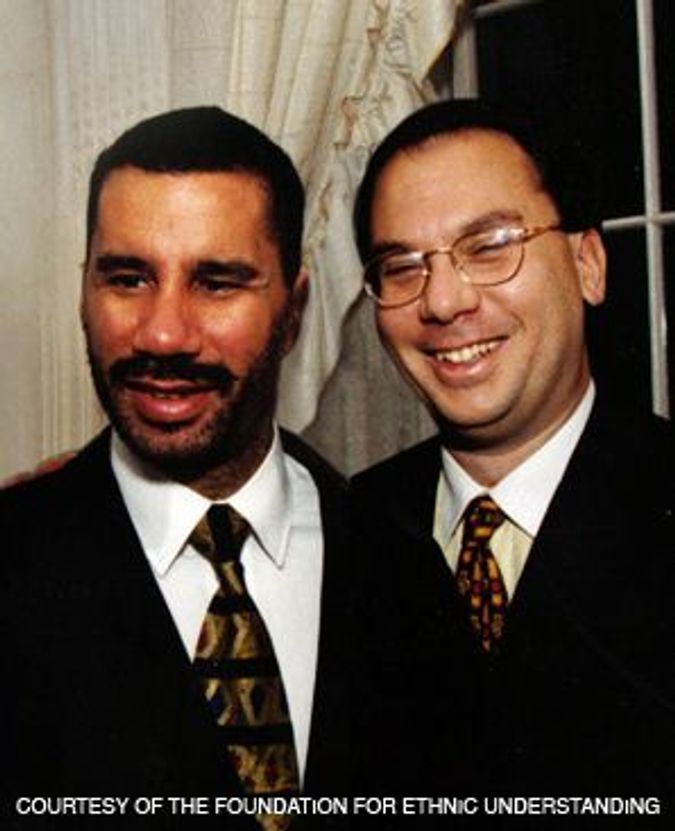 FRIENDS: New York Governor David Paterson, left, spoke at the synagogue of Rabbi Marc Schneier, where he defended a proposal to erect a Jewish ritual boundary in the Hamptons.

At Sabbath services in early August at The Hampton Synagogue in Westhampton Beach, N.Y., Paterson spoke to a crowd of nearly 1,000 at the behest of his longtime friend Marc Schneier, the synagogue’s rabbi.

“When I heard about this problem, it reminded me of something that George Washington wrote in 1790 to the congregation of Touro Synagogue of Newport, R.I.,” Paterson said in his prepared remarks. “He wrote that ‘our society gives to bigotry no sanction, to persecution no assistance.’ I am hoping we can bring tolerance and understanding to the desire of those who want to erect the eruv right here in the Hamptons.”

An eruv, or a delineated area in which observant Jews can take part in certain activities normally forbidden outside the home on the Sabbath — like pushing a stroller or carrying belongings — has long been a standard way of allowing those Jews to move freely on the Sabbath. Often, eruvs are created by wires or strings attached to the tops of utility or telephone poles to encircle a community. Because they are created by thin wires, eruvs are practically invisible to those who don’t know they exist. According to Schneier, “This is an elementary basic civil right, and it’s a civil right that has been recognized in hundreds if not thousands of communities.” He said he knew of at least 40 eruvs throughout New York State.

In his address, the governor said he might attend the synagogue’s August 13 community forum, which was scheduled to educate the public about the eruv and to clear up any misconceptions people might have.

“I want people to know there is a new sheriff in town,” he said, to a roar of approval from the crowd.

Schneier said his congregants were grateful for Paterson’s visit, and that they were “overwhelmed with his presence, with his address, with his solidarity, with his advocacy on behalf of our community.”

New York political consultant Hank Sheinkopf asserted that there was no political agenda in the governor’s visit. Rather, it was an important friendship between Schneier and Paterson that brought him to the synagogue. “He’s a calming influence for people who might be afraid of the eruv,” Sheinkopf said.

Schneier, who describes The Hampton Synagogue as “an Orthodox synagogue with a Conservative congregation and a Reform membership,” started the process in February after he began to hear more requests for an eruv by members of his congregation. Though his congregation is mixed, Schneier said it has a larger Orthodox demographic with a growing population of younger families who need an eruv in order to push a stroller to synagogue on the Sabbath.

Though different proposals have been drawn up, the intent is to encompass the entire community of Westhampton Beach, and the synagogue has already entered into contracts with the Long Island Power Authority and with Verizon. But after the synagogue went to the village board for approval, protests erupted.

“We have seen the ugly head of antisemitism rise in this community,” Schneier said.

Rumors swirled around the creation of the eruv, causing some to fear that stores would be forced to close on the Sabbath. But the controversy turned into what Schneier described as a “circus atmosphere” when a full-page advertisement ran in The Southampton Press, a weekly newspaper, in mid-June, urging opponents of the eruv to vote against candidates who support it. The ad warned residents that the erection of an eruv would turn the village into an Orthodox Jewish enclave.

Critics of the eruv, some of whom believe it would be a violation of the separation between church and state, feel that the eruv would be a divisive force in a community that has long coexisted with a religiously diverse population. Though Conrad Teller, mayor of the Village of Westhampton Beach, said he is waiting to hear from his village attorney about what to do, he believes in following the will of his constituents. “I work for the taxpayers, and right now the majority of the taxpayers appear to be against the eruv,” he said. Their fear, he explained, is that “this will be a Jewish territory, and they don’t want it. They say we live here, we vacation together, we all live here in harmony and they figure this is upsetting the apple cart.”

Schneier insists that the creation of an eruv would serve only to bring the community together. The challenge, he said, is to “recognize the strength that comes from sharing our similarities and differences and to embrace the cultural and religious diversity that is at the very fabric of America.”