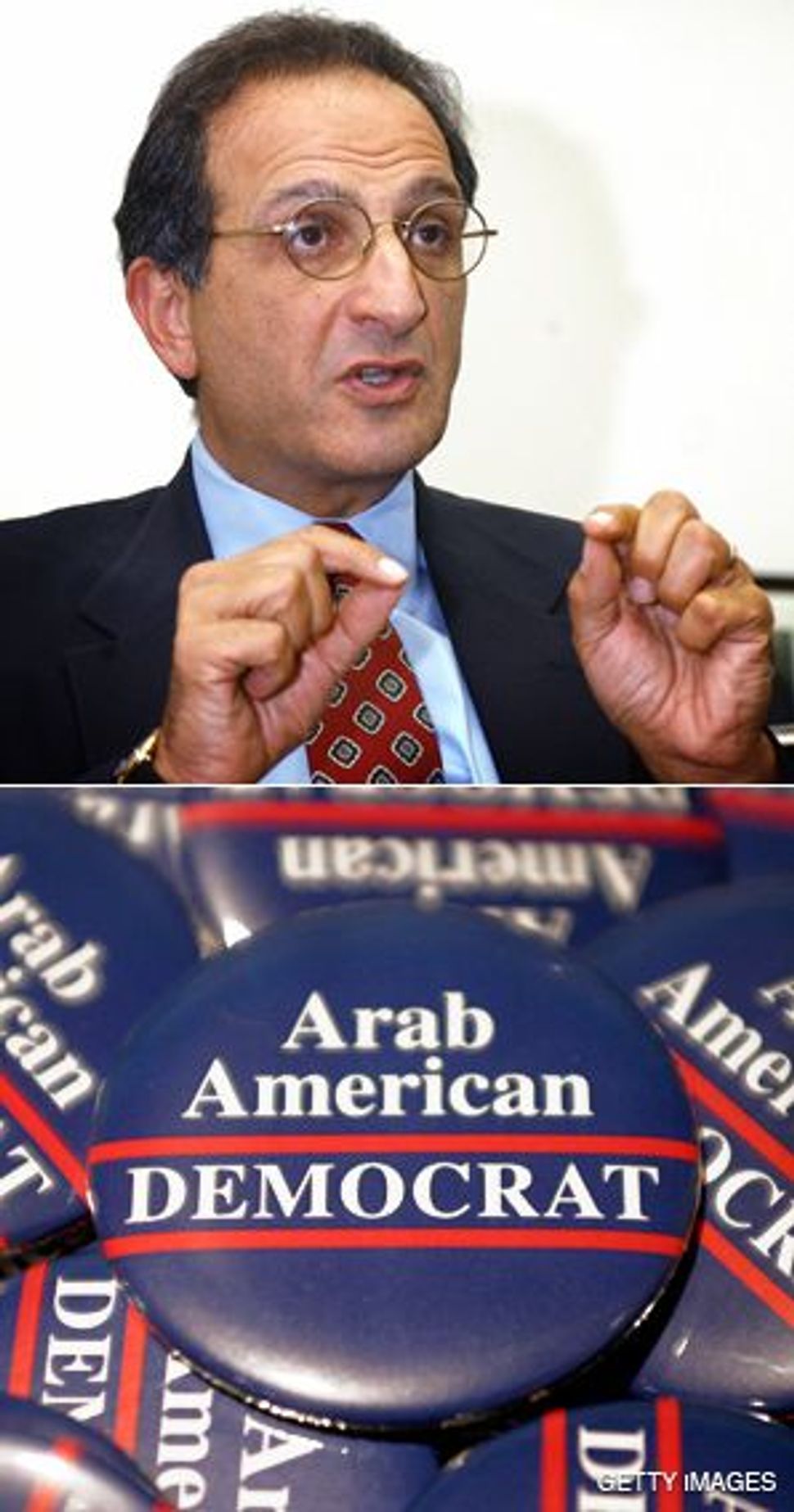 HOT BUTTON: James Zogby, top, said, ?The squeaky wheel gets the grease? when it comes to outreach efforts.

Washington — The effort of Democratic presidential candidate Barack Obama to reach out to Arab and Muslim Americans is facing difficulties, as the first and only coordinator for outreach to these communities resigned after just 10 days on the job. 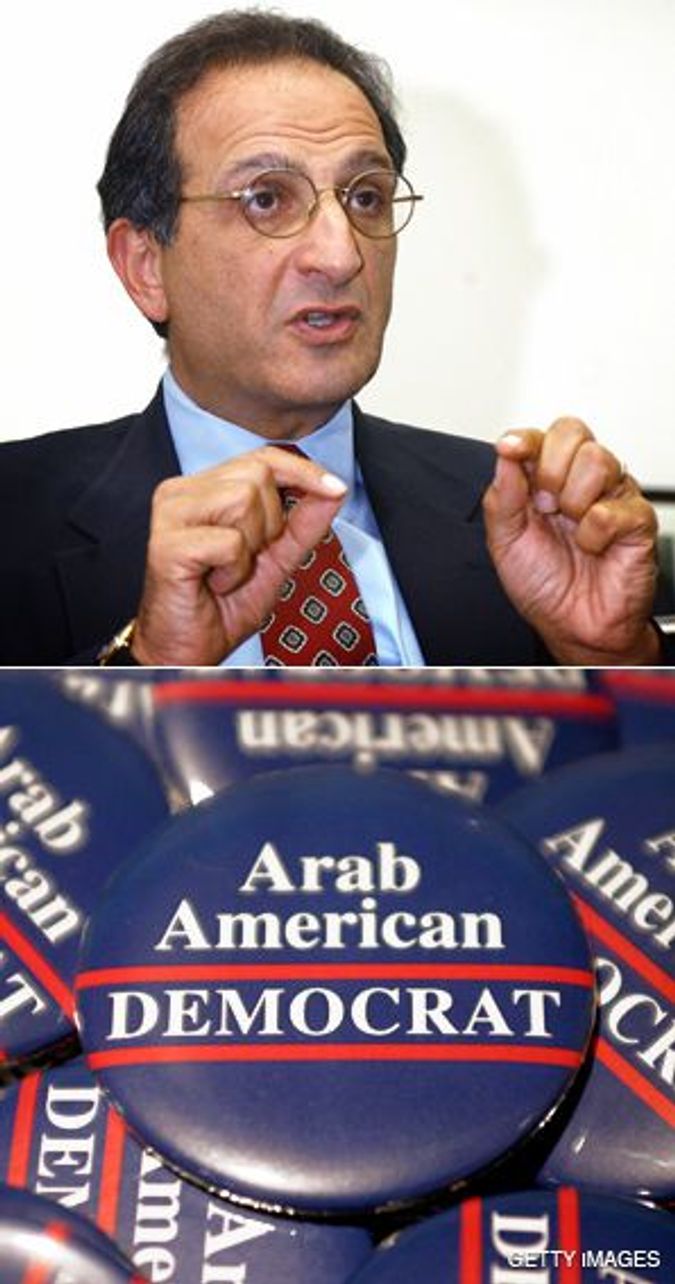 HOT BUTTON: James Zogby, top, said, ?The squeaky wheel gets the grease? when it comes to outreach efforts.

Mazen Asbahi, a Chicago lawyer who was tapped July 26 to serve as Obama’s Arab and Muslim volunteer outreach coordinator, turned in his resignation August 5, following allegations that he had served on a board of a Muslim investment fund with an extremist imam. The campaign has yet to name a successor to Asbahi.

After complaints of neglect from Arabs and Muslims, the Obama campaign launched the outreach effort, which included nominating a full-time, unpaid volunteer who has ties to these communities, as well as opening an office in Dearborn, Mich., home to the country’s largest concentration of Arab Americans. The McCain campaign has also worked with Arab Americans to shore up support, focusing on the key state of Michigan. But for many voters in the community, the efforts of both candidates are disappointing.

“It is clear that the two campaigns avoided public appearances and direct contacts with our community leadership because of the fear factor,” said Imad Hamad, Midwest regional director of the American-Arab Anti-Discrimination Committee.

Hamad, who is based in Dearborn, argued that sensitivity regarding ties with Arab and Muslim Americans have led Obama and McCain to steer clear of being seen in public with prominent leaders of the communities. “We are entitled to an equal opportunity to meet with the candidates,” he added.

Although the Obama campaign attempted to address these concerns by appointing Asbahi, it hit a snag earlier this month after bloggers began digging up details of his past affiliations. The allegations focused on Asbahi’s 2000 membership on the board of the Dow Jones Islamic Index Fund. Another member of the board was Jamal Said, a controversial imam in a fundamentalist Illinois mosque who was named as an unindicted co-conspirator in a 2007 trial of charities accused of helping fund Hamas.

In his short letter of resignation, Asbahi acknowledged serving on the board for several weeks until learning of the allegations against Said, and stated that he was resigning “in order to avoid distracting from Barack Obama’s message of change.” The campaign said it was searching for a new coordinator.

Arab American activists expressed disappointment with the resignation. Hussein Ibish, executive director of the Foundation for Arab-American Leadership, said there is a “climate of guilt by association” in regard to Arab and Muslim community activists, and “I don’t think any engaged Arab American can survive this.” Ibish added that any person involved in Arab or Muslim affairs can be “connected to someone who is connected to someone who you can raise questions about.”

McCain has encountered similar problems in engaging Arab Americans in his campaign. Several months ago, the Republican candidate dropped Ali Jawad, a Michigan businessman, from his state finance committee after allegations had surfaced in blogs about Jawad’s ties with members of the Hezbollah.

Polls conducted in recent years show that Arab Americans’ major concern when choosing the next president is the economy, similar to the general population. The community, however, is more interested than most Americans in the Iraq War, the Middle East conflict and civil liberties.

The priorities, according to one 2007 poll, are strikingly similar to those of the American Jewish community. Still, the Obama campaign appointed a Jewish outreach coordinator more than a year ago, and the candidate or his surrogates have attended numerous events in the community. (By contrast, the McCain campaign does not have a specific coordinator.)

Not all Arab American activists blame the campaigns for this disparity. James Zogby, founder and president of the Arab American Institute, said that the belated outreach attempt by the Obama and McCain campaigns does not necessarily indicate neglect, but rather a political set of preferences. “The squeaky wheel gets the grease,” Zogby said. “We don’t mind that it is happening in a late stage, we’re happy it is happening.” Zogby said about the recent outreach efforts.

Zogby was recently added to the Obama campaign’s unofficial foreign policy advisory panel, as was Shibley Telhami, a University of Maryland professor.