Home Is Where the Food Is 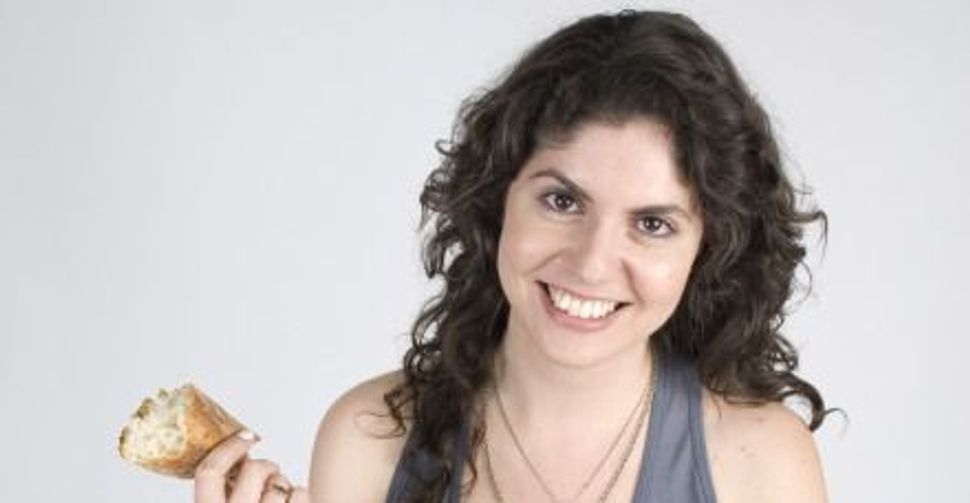 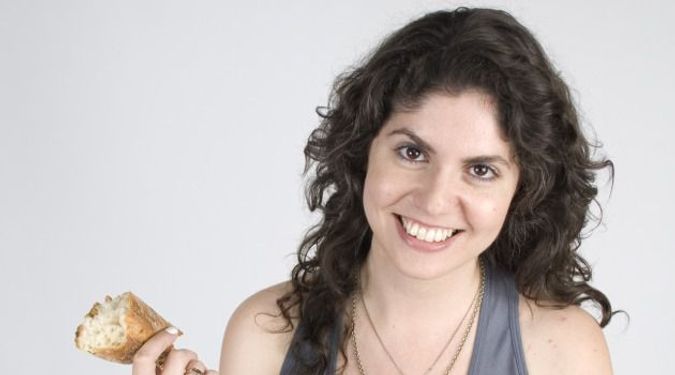 Babulinka?s Girl: Gabriella Gershenson credits the strong women in her life, particularly her grandmother, for instilling in her a love of family, food and Jewish traditions. Image by Jolie Ruben

As the former dining editor of Time Out New York, Gabriella Gershenson was once a gatekeeper to one of the country’s most food-obsessed cities. In her current role, as senior editor of Saveur magazine, she is responsible for introducing readers to food cultures from around the world, editing stories on such far-flung topics as the mushrooms of Yunnan, China, and traditional Mexican salsas. Gershenson wears the role of global food enthusiast with ease, and yet when it comes to cravings, you’re as likely to find her snacking on smoked fish perched atop rye bread, or shredding potatoes to make doily-crisp latkes, as dining at a newly opened restaurant. And on a recent visit to her apartment, on New York City’s Upper West Side, a jar of black currant jam from Latvia, where her parents emigrated from shortly before she was born, greeted me, along with a basket of warm scones.

Like many first-generation Americans, 34-year old Gershenson straddles past and present, home and homeland with particular acuity and sensitivity. She grew up in suburban Boston, attending a public high school and studying English literature at Montreal’s McGill University. And on a professional level, she is arguably living out her own version of the American dream. In addition to her robust writing and editorial work, Gershenson recently made a foray into television, joining a panel of judges on the Food Network show “24 Hour Restaurant Battle.” And yet, her family’s roots tug her toward a different reality — one steeped in history and hardship on the one hand, and in deep pride on the other. Until recently, she had never traveled to her family’s former home in Riga, Latvia’s capital city. But, as she wrote in a recent article for Saveur, the seaport city, which she knew through only photos and family stories, held for her, “an almost mythical status.”

Gershenson credits her connections to family, food and Jewish tradition to the strong women in her life — particularly her babulinka (grandmother) Rhoda Gurevich, and her mother, Anna. Gurevich, in fact, is among Gershenson’s greatest role models: an “intelligent, brazen and charming” woman who lived during Latvia’s golden age, weathered immense tragedy — including losing both of her parents in World War II — and ultimately joined her daughter, Anna, her son-in-law Edward, and their two children, Gabriella and her older sister Shulamit, in America. Babulinka, Gershenson said, was the family’s charismatic leader, instilling in members a respect for religion, Zionism and culture through her own hardiness of spirit.

Even after arriving in America, Gurevich remained a guardian of culture — making hand-ground gefilte fish on holidays, krendel (a yeasted, streusel-topped Latvian cake) on birthdays and sharing glowing memories of Riga’s beloved cafe culture, Jewish schools and, particularly, its produce market, which she and her own mother once visited nearly every day. In her personal memoir, “Ambershore,” she described the market as a bustling paradise filled with “bricks of homemade [almond-scented] butter,” “smoked smelts with their golden skins,” “sourdough bread baked from the rich grains grown in Latvian fields,” sour apples and sweet-tart currants, gooseberries, blackberries and just-laid chicken eggs with yolks so fresh that they stood up.

Gurevich’s love of food passed easily to the generations that followed. Gershenson’s mother runs a successful catering business out of her family’s home kitchen, which means that cooking was a fixture of Gershenson’s daily life. Unlike Babulinka, her mother rarely made traditional Latvian dishes, preferring the natural and health food recipes she discovered in America in the late 1970s.

“Our family lived the whole foods cliché, eating carob and shopping at food co-ops long before it was mainstream,” Gershenson said. Gershenson did not always relish her mother’s ban on junk food or atypical school lunches that replaced potato chips with green pepper slices, and peanut butter and jelly on white bread with plain pumpernickel rolls. “I’m probably still rebelling against that,” she said. And yet, from a young age, she gained an understanding of, and an intimacy with, the kitchen, playing regular observer and occasional sous-chef to her mother’s work. “I grew up just assuming that everyone knew how to make a cake,” she said.

Considering her family’s gastronomic pedigree, Gershenson’s success as a food writer feels like a natural progression. But it was only a recent trip she took with her parents to Riga that allowed her to fully tap into her family’s cultural and culinary heritage. The trip was Gershenson’s idea, a personal quest to taste history. It was also a present to her parents, who had not visited since they fled anti-Semitism, and an oppressive Soviet existence, more than three decades ago. The visit was understandably bittersweet. They found that some things, like the cobblestone streets and the buildings in Riga’s Old City, remained exactly the same. Other things — like the cafes where her father used to eat a cream-filled pastry called cremeschnitte, and the once-thriving Jewish population — were gone. Still, her parents relished the experience and the flood of memories it opened. “The market, that is my love,” Gershenson’s mother said. “Seeing that again, and eating the things I grew up eating — what an amazing gift from a daughter.” For Gershenson, many of the dishes they ate on the trip, from the lingonberry juice to the chopped herring salads decorated with stripes of egg white and dill, felt like “being back at my grandmother’s table.”

In a generation seemingly fascinated by the past — mining our grandparents’ closets for style tips, and their nostalgia for authenticity — Gershenson stands out for her integrity. She carries the weight and joys of her family’s past with a sense of reverence and responsibility, seeking new ways to share her heritage with a wider audience and remembering that, throughout time and shifting circumstance, home always exists at the table.

Home Is Where the Food Is