In Israel, Haredi and Muslim Women Are Having Fewer Children 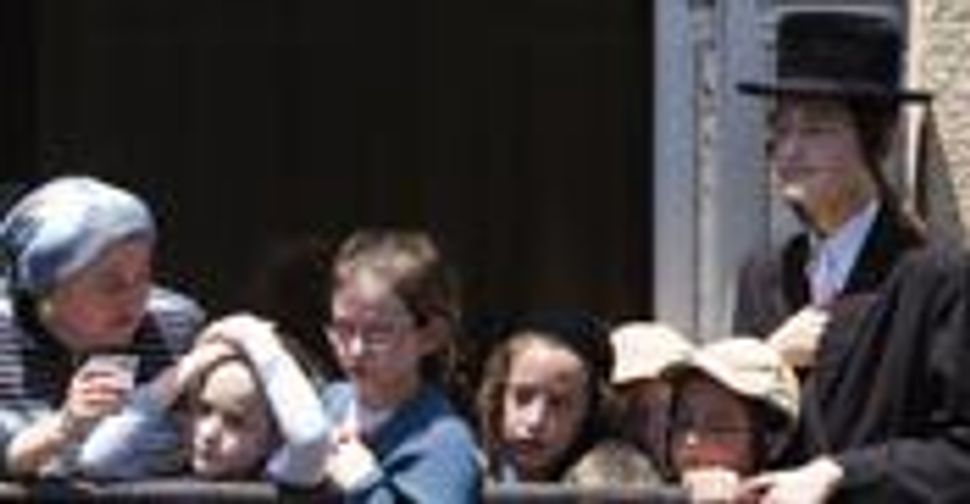 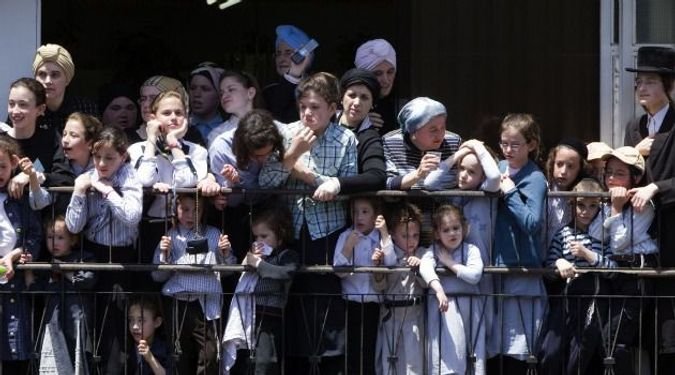 Smaller Families: New data shows a slowing birth rate among ultra-Orthodox and Israeli Muslim women, which is part of a cultural shift. Image by Getty Images

New research shows that both ultra-Orthodox and Israeli Muslim women are having fewer babies than they were five years ago, shattering popular wisdom that fertility in these two communities is always on the rise.

According to data released June 19 by Israel’s Central Bureau of Statistics, by 2010, Haredi women were averaging one fewer baby than they were five years earlier — 6.5 instead of 7.5. The downward trend was not seen among other Jewish women, and over the same period, fertility among secular Jewish women actually increased by 0.15 children.

If it continues, the downward trend could alter projections that demographers have made about the future composition and economic condition of the state. Secular Israelis who have watched the rapid rate of increase in Haredi numbers have fretted that the country’s secular character could ultimately be lost. But Menachem Friedman, Israel’s leading sociologist of the Haredi community, views the new statistics as evidence of a long-awaited realization among the ultra-Orthodox that the push toward ever-larger families is economically unsustainable. “People are under pressure and don’t know how to manage. They understand it can’t go on,” said Friedman, professor emeritus at Bar-Ilan University.

Meanwhile, CBS’s new data also show that the birth rate of Israel’s Muslim citizens, which has been on a similar rapid and long-term increase, dropped between 2005 and 2010, to 3.5 children per family, down from 4.6.

Experts say that the drop is significant from a cultural standpoint, though it does not change the basic assertion of most demographers that the Jewish majority of territory under Israeli control — namely Israel and the West Bank — is in jeopardy if a Palestinian state is not created. This is because despite the drop in Israeli Arab fertility, it is still higher than overall Jewish fertility, as is Palestinian fertility.

Experts on both sectors say that the statistics are evidence of female empowerment in paternalistic communities. “The women are quite strong in control of reproduction in both sectors,” said Israel’s best-known demographer, Sergio DellaPergola, professor at Hebrew University’s Avraham Harman Institute of Contemporary Jewry.

Haredi women have begun going to work in growing numbers, especially since high-tech companies have built plants in ultra-Orthodox areas and instigated special programs to attract Haredi women over the past decade. DellaPergola said that this has impacted birth rates in two ways: by making the women more reluctant to interrupt their normal schedules with childbirth, and by increasing their exposure to the secular world. “Here I think the role of women is essential,” he said. “As they participate in the labor force, they are exposed more and more to life in the city and are influenced more.”

Scholars of Arab society say that the birth rate change comes mostly from a drop in fertility among the Bedouin of the Negev.

Modernization was slow in coming to this community, but it has taken off in recent years, according to Ben-Gurion University economist Suleiman Abu-Bader, who recently completed a major research project on Negev Bedouins. He said that the Israel-Jordanian peace agreement of 1994 was a turning point for Bedouins. University attendance was already becoming more common, but the peace agreement, which allowed free movement between Israel and Jordan, opened up an alternative to Israeli universities. Entry criteria are less demanding, so they offer a way for those Bedouins whose families are only just starting to be more education-minded and who lack strong academic credentials to break in to higher education.

While at first it was Bedouin men taking this path, in recent years the trend has expanded to Bedouin women, with parents seeing it as only a slight loosening of the apron strings. “It has become popular, as the culture is the same there,” Abu-Bader said. “In two hours the parents can be there and the daughters can come home for weekends.” The women eventually return with broader horizons and less prepared to be limited to a child-bearing role, he said.

Ahmad Hleihel, who is the director of demographics at CBS and prepared both the Muslim and Haredi figures, said that there has also been some change among the mainstream Muslim population. This is because the Arab sector as a whole is becoming more materialistic. “Many people today want to improve their standard of living, go abroad on holidays, etc., and you can’t do that with five or six children,” he commented.

Hleihel believes that technology has made Israeli Muslims more aspirational and that it has directly affected their views on family size. “Communication with the West and the modern Arab world is much more: You can see on satellite television every channel in the world, and it changes your ideas,” he said.

DellaPergola detects a similar process in the Haredi sector. “Haredim, without giving up an inch on their identity, wish to be part of a more inclusive society and the consumer habits of the mainstream,” he said.

But Friedman said that lifestyle decisions and changes in Haredi women’s identity pale in importance compared to the most intractable problems of Haredi life — marrying children and setting up homes for them. It is widespread practice in Israel for in-laws to share these costs, and the expectation for help with housing is especially high in the Haredi sector, where many grooms expect to spend at least several years in full-time religious study.

“In the ’50s and ’60s, many parents had resources from Europe, but they have now gone,” Friedman said. As families have become so large, any inheritance money is split so many ways that it hardly helps to support the next generation, Friedman added. These changes have happened as property prices have skyrocketed: Research conducted recently at the Technion — Israel Institute of Technology found that since 1989, house prices in Israel have risen 28.8% more than salaries.

The drop of the value of the dollar against the shekel in recent years has decreased funding coming in to Haredi institutions such as kollels, Talmudic institutes where married men study and receive a stipend from donated money. At the start of 2005 a dollar was worth 4.32 shekels; today it is worth 3.42 shekels. This means that the financial burden on parents is even greater than in the past, Friedman observed.

He commented, “We don’t know what happens in the bedroom, but probably what we are seeing is the economic burden of people who just don’t know how to manage to buy an apartment for their children.”

In Israel, Haredi and Muslim Women Are Having Fewer Children