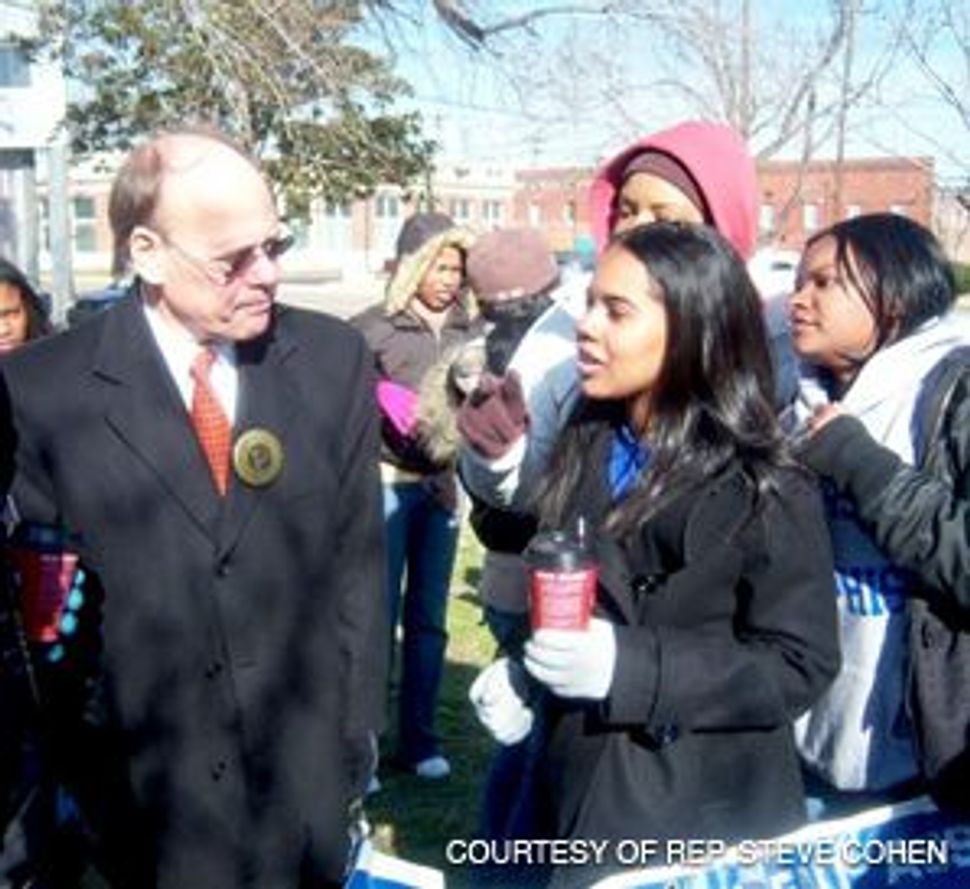 Washington — Rep. Steve Cohen was all smiles after resoundingly winning his August 7 primary in Tennessee, but it was hardly a pleasant campaign for the freshman Democrat. A white Jewish incumbent representing a predominantly black Christian constituency, Cohen defeated Nikki Tinker by a 4-to-1 margin, despite efforts by his black opponent to insert race and religion into the primary. 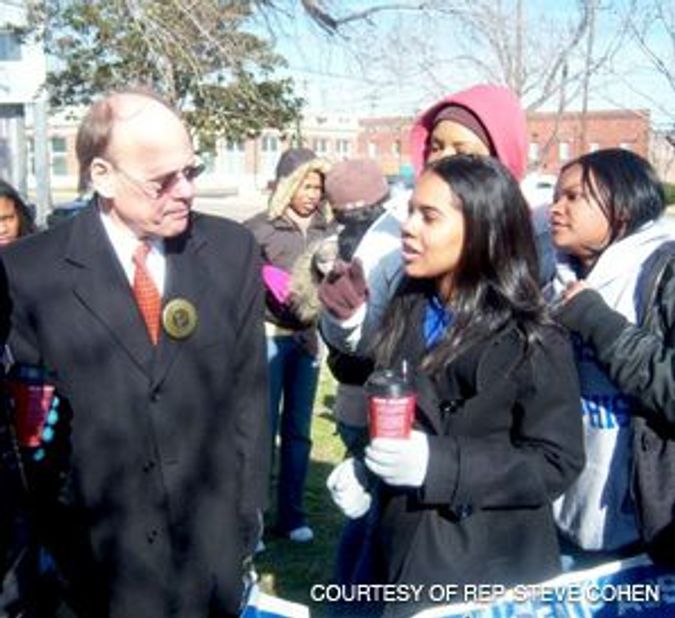 The racial undertone of last-minute efforts by Tinker’s supporters, Cohen told the Forward the day after his 79% to 19% primary victory, was all the more unsettling, because he had been out front in fighting in Congress for issues dear to the black community.

“I was vulnerable because I am Jewish and because I am white,” Cohen said, accusing outside groups of stirring up racial tensions in his generally harmonious hometown of Memphis

The Democratic primary race in Tennessee’s 9th District, where 60% of the population is black and 35% white, grew ugly during the past weeks. Tinker’s campaign ran a television ad accusing Cohen of failing to vote in 2005 for the removal of a statue commemorating Ku Klux Klan founder Nathan Bedford Forrest. The ad juxtaposed Cohen and a Klansman in front of a burning cross, in what Cohen’s supporters said was an attempt to insinuate that the then-senator in the Tennessee General Assembly was a member of the Ku Klux Klan. Cohen argued that the reason he did not vote in favor of the 2005 resolution was that he did not believe that the matter fell under the local planning board’s jurisdiction.

A second ad that ran later drew even more anger from the Jewish congressman’s supporters. The narrator asks, “Who is the real Steve Cohen?” while in the background a child can be heard praying. “While he’s in our churches, clapping hands and tapping his feet,” the narrator continues, “he is the only senator who thought our kids should not be allowed to pray in school.”

Jewish groups took issue with the television spot, arguing that the ad sends a strong anti-Jewish message by criticizing the congressman for visiting “our churches.”

“She clearly crossed the line and approved a totally inappropriate and divisive message in her attack on Cohen,” said Ira Forman, executive director of the National Jewish Democratic Council. “These types of attacks are disturbing and have no place in politics.”

Cohen himself dismissed Tinker’s Ku Klux Klan ad, laughing it off as “ludicrous” the notion that he had any affinity for the white supremacist group’s founder.

“This guy would have never invited me to his Seder,” Cohen said.

Cohen was far less lighthearted, however, when it came to talk of some of Tinker’s supporters, in particular Emily’s List, a group that endorses pro-choice Democratic women. The congressman also did not mince words about communal backing for the group.

As a political action group, Emily’s list provided financial backing to Tinker’s campaign, which, according to Cohen’s backers, was used to fund the TV ads.

Following the airing of the Ku Klux Klan ad, the president of Emily’s List, Ellen Malcolm, issued a statement saying that the group was “shocked” by the ads, which it called “offensive and divisive.”

Democratic presidential candidate Barack Obama also stepped into the debate, albeit in its final stages, issuing a statement August 6 condemning Tinker’s “incendiary and personal attacks.” Obama refrained from endorsing either of the primary candidates.

“It took him some time, and there was need for some pressure to bring it to his attention, but I’m happy he stepped in,” Cohen said of Obama’s statement.

For the incumbent congressman, who is the first white politician to represent this district in more than three decades, the lesson of the campaign is that race and religion do not play a role in his district’s politics.

“The margin,” he said of his landslide victory, “makes clear that the African-American community in Memphis did not buy into this stuff.”

Cohen may be white and Jewish, but his short congressional record could easily fit the legislative profile of a black lawmaker. Upon being elected to the House of Representatives in 2006, he sought to join the Congressional Black Caucus, but he withdrew his request after being told that the group would not accept him.

“What pushed me to do it was that on Passover, we are asked to remember being slaves, being in bondage,” Cohen said. “That’s my favorite part of Passover.”