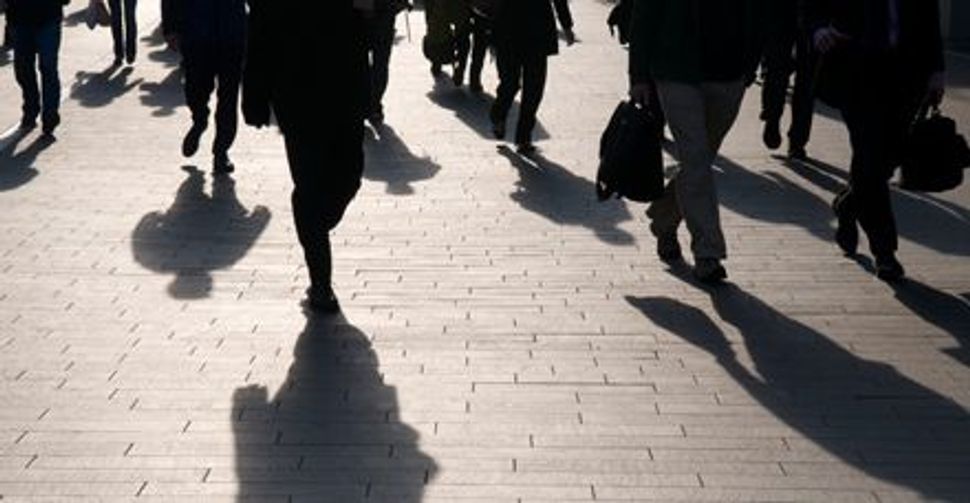 The Jewish community’s strong support for immigration reform is fueled largely by memories of the Jewish exodus from Europe at the turn of the 20th century and by a desire to nurture ties with newcomer immigrant communities.

But there is another group that has a stake in seeing a comprehensive immigration overhaul adopted, a group the Jewish community hardly deals with, and perhaps is ashamed of: undocumented Jews.

Exact numbers of undocumented Jews are not available, and estimates are hard to find, but activists believe there are at least several thousand Jews currently living in the shadows of society. They are Israelis who immigrated to the United States without proper papers — some joining ultra-Orthodox communities, others seeking to pursue better financial opportunities and some who have used Israel as a stepping stone on their way to America from the former Soviet Union, without obtaining the necessary immigration status. And while their numbers are minuscule in comparison with the estimated 11 million mostly from Mexico and Latin America, Israeli undocumented immigrants share a similar fate.

Yamzi Rosen has been living in the United States for nearly nine years. Rosen said she and her family moved to Brooklyn from Israel after she lost her son to a violent murder in her hometown of Netanya. The family hoped the distance would help them overcome the tragedy. The seven family members crammed into a one-bedroom apartment, and began working odd jobs for which papers were not required.

But the American dream turned out to be hard to achieve. A lawyer dealing with their request for obtaining a green card, which grants legal residence in the United States, was arrested for fraud. Meanwhile, a temporary work visa expired, and Rosen was diagnosed with cancer and underwent surgery and chemotherapy.

Since she does not have legal status, Rosen is afraid to drive, and because she lacks health insurance, she relies solely on Jewish charities to help her deal with the large medical bills that accumulated because of her sickness. “They are tzaddikim” she said, using the Hebrew term for “righteous people” when she speaks of the Satmar Bikur Cholim charity organization that walked her through the maze of medical procedures she needed.

The Rosen family is reluctant to request any kind of welfare assistance, fearing that it will hamper their hopes to achieve a green card in the future. But most difficult, Rosen said in a recent phone conversation with the Forward, is not being able to leave the United States and visit Israel, since being undocumented ensures that she would not be allowed back in. “I just want to see my son’s grave,” she said. “Is there anything worse in life than a mother who cannot visit her son’s grave?”

There are several types of undocumented Jews living in the United States. They include Israelis who left Israel seeking a better future in America and are now living in neighborhoods with large Israeli expatriate populations in New York, Los Angeles, Philadelphia and other large cities. Of them, some are members of Hasidic or ultra-Orthodox groups that have joined their communities in the United States, and others are secular Israelis who left Israel in their 20s to try a new life. Both share the same problem: They cannot leave the United States, since they know they’ll be barred from returning, due to their immigration violations. Most of these Israelis entered the United States on tourist visas, which are usually limited to a six-month visit, but they overstayed without correcting their legal status.

“After my army service, I saw that the country won’t give me anything and that I can get a much higher salary elsewhere, so I decided to leave,” said an Israeli immigrant who asked to be identified as Sean, a first name he adopted here. Sean entered the United States on a tourist visa and joined family in New York. He quickly found work at a moving company owned by an Israeli and established his life in Brooklyn, but was disappointed to discover that the expatriate Israeli community in the United States was far from helpful and that the broader American Jewish community is “very closed.”

But Sean’s American dream has a happier end. He fell in love with an American citizen, and after marrying her he obtained a green card. Sean said, however, that even in the period when he lived as an undocumented immigrant, he had no fear. “I didn’t feel as if I am breaking the law,” he said. “I’m not a criminal.”

Another group of undocumented Israelis is Russian-speaking Jews from the former Soviet Union who left in the mass immigration that followed the collapse of the communist bloc. These emigrants wished to come to the United States but were unable to obtain immigration permits. So they chose Israel, which under its Law of Return accepts for citizenship any individual with at least one Jewish grandparent. After a short stay in Israel they moved to America and many joined family or friends here.

The third category of undocumented Jews is a more transient group: young Israelis who come to work illegally in the United States, mostly as salespersons in shopping mall vending carts. For most, this is seen as an opportunity to make some easy money to pay for their months-long trip to South America, a common destiny for Israelis after their compulsory military service. While these undocumented Israelis do not intend to immigrate, they are still viewed by American authorities as illegal aliens and are subject to deportation if caught. The American Embassy in Tel Aviv recently launched an ad campaign warning young Israelis against attempting to work illegally in America. A video clip produced by the embassy includes testimonies of Israelis who were apprehended by American authorities and put in prison with criminals as they awaited deportation.

For most undocumented Israelis in the United States, the hardship of living without papers has increased in recent years with the economic downturn, as jobs have become harder to find.

“Many of them don’t have written language skills, they don’t have a degree and they have very little work experience,” said Angela Task, a social worker with the Metropolitan Council on Jewish Poverty who helps undocumented Israelis who come to her office in Brooklyn seeking assistance. “It is difficult for anyone to find a job nowadays, and even more if you don’t have papers.” Task said that most undocumented Israelis she sees hope to marry an American citizen, since that is currently the only legal path they have to citizenship. A few have also tried to obtain special visas for religious employees who work as clergy in synagogues, as Jewish schoolteachers or as kosher slaughterers.

“A lot of the problems we see are with those who are older and are here 20 to 30 years without papers,” Task said. For these Israeli immigrants, many of them disabled, finding a job is practically impossible, and medical help is available only through clinics operated by charity organizations.

The best and only hope for undocumented Jews is the passage of comprehensive immigration reform legislation that would provide those living in the United States without papers with a path to legalization and eventually to citizenship. But the current political winds don’t favor approval of such legislation. “It is definitely in the cards for the future, but not for this Congress,” said Melanie Nezer, senior director for American policy and advocacy at the Hebrew Immigration Aid Society. Nezer explained that if a future political agreement on immigration reform is reached, it will cover the small number of undocumented Jews living in America, as well.

But this group is far from being on the agenda of the Jewish community. Undocumented Israelis in need receive support via charity groups such as the Metropolitan Council and local religious medical and financial assistance programs. But the Jewish community has not taken on the issue as part of its pro-immigration advocacy agenda.

“It is difficult to use them for advocacy because like other undocumented populations, they are largely invisible,” said Gideon Aronoff, president and CEO of HIAS. Still, he noted, the organized Jewish community’s drive for immigration reform will also help undocumented Israelis.

Aronoff acknowledged that the issue of Israelis who left their country in favor of America “does create some philosophical discomfort” for the broader Jewish community. But that is a matter that must be addressed eventually by the local communities in which the undocumented Israelis live, he said.