Worldly Avenue: A Glimpse of Chicago 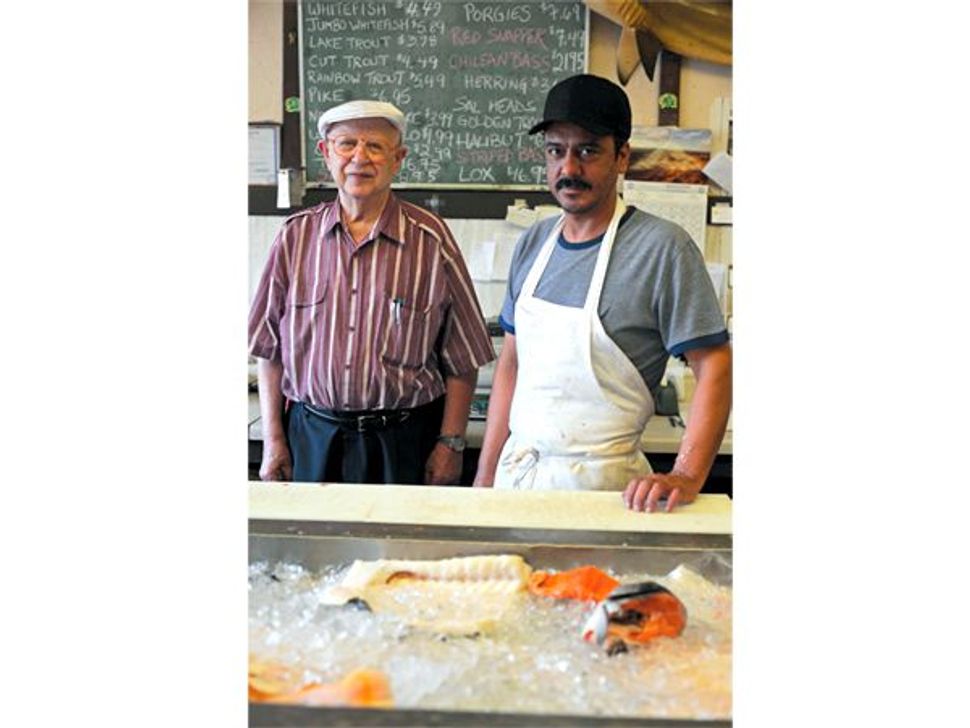 The two-mile stretch of West Devon Avenue in West Rogers Park, Chicago, is perhaps the most modest route around to travel the world in a single afternoon. During the postwar period, the neighborhood was the center of Eastern European and Jewish life in Chicago, but its ethnic heart has since moved decidedly east to the Indian subcontinent.

In a three block stroll, from Richmond Street to California Avenue on West Devon, one can see a street sign that marks Honorary Golda Meir Way. Just a few blocks away, the very same avenue pays tribute to Mahatma Gandhi. The signs might seem to indicate an ethnic divide, but such a simple explanation would not fully reflect the spirit of the neighborhood.

On a length of road no more than half a mile, one can visit a Mexican owned and operated kosher fish market, a traditional Georgian bakery, two halal meat markets, a Moroccan kosher-style restaurant, several synagogues, and Muslim and Jewish bookstores. There is also a Croatian Cultural Center.

Today, Orthodox Jewish life in the Second City is perhaps best represented by this small enclave, in West Roger’s Park. But many who grew up in the area moved away, heading downtown, to the suburbs — Skokie, in particular — or elsewhere. The Jewish community that is left is aging, and the neighborhood has changed wildly in the past few decades. Immigrants from India and Pakistan have poured in and invested heavily, and on Saturdays, many travel to West Devon from nearby states to buy hard-to-find grocery items from their homelands.

While some of the kosher and Jewish-owned stores have lost business and moved with their customers, others, like Robert’s Fish Market — one of the few kosher fish markets in the Chicago area — are still going strong. Robert’s, however, is yet another example of different cultures co-existing on West Devon. The owner, Arturo Venegas, 39, is quite possibly the only Mexican in Chicago who operates a kosher fish market. The business originally belonged to Robert Schuffler, a retired and gregarious 90-year-old Latvian Jewish immigrant, who still comes to the shop everyday to be with his one-time apprentice and close friend. The duo’s friendship has lasted for 25 years.

The ethnic boundaries on West Devon Avenue remain blurry the majority of the time, but on Friday nights, the divisions become most clear. As the Orthodox hurry home to observe Shabbes large Muslim and Hindu families crowd the numerous restaurants. Couples pour out of the Mexican banquet hall and nearby, the street smells like curry.

Amanda Rivkin is a photojournalist based in Chicago, where she freelances for newspapers, magazines and wires.

Worldly Avenue: A Glimpse of Chicago