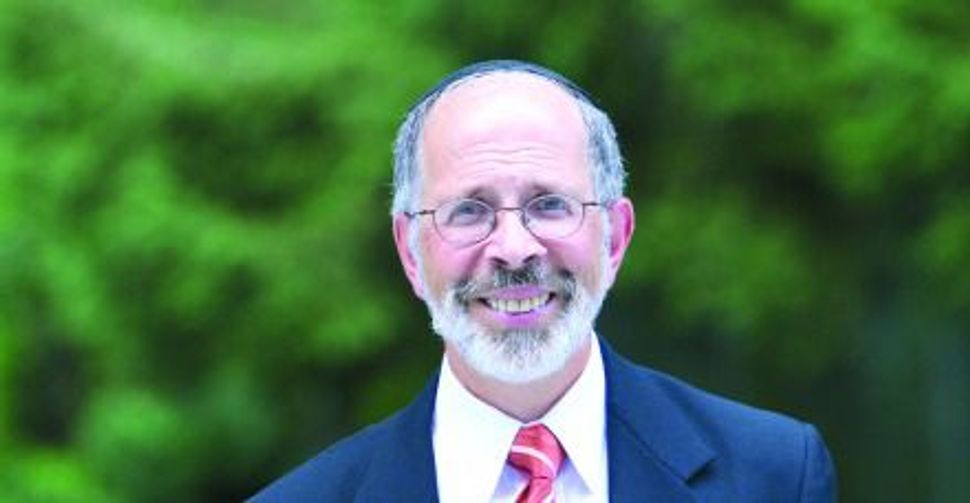 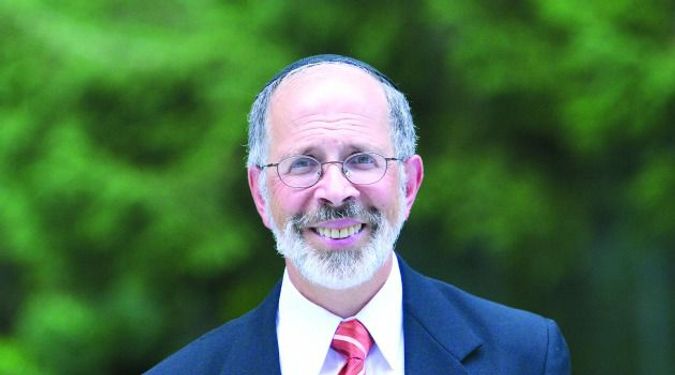 One of Rabbi Shmuel Goldin’s prime goals as the new head of Modern Orthodoxy’s largest rabbinic association is, on its face, exceedingly modest: Goldin, who became president of the Rabbinical Council of America in June, hopes to keep the 76-year-old organization from breaking apart.

“I do see the extremes becoming more extreme,” Goldin said in an interview with the Forward, in which he carefully measured his words. At the RCA’s annual conference, held in May, he went further, warning, “There is tremendous tension in the community, both from the left and from the right.” In such circumstances, he said, “the issue of trying to hold the community together becomes extremely important. I would find it unfortunate if we were to split into splinters.”

He added, “I believe that we can hold the community together.”

A prominent centrist on the Orthodox religious spectrum, Goldin, spiritual leader of Congregation Ahavath Torah, in Englewood, N.J., takes the reins of an organization of some 1,000 Orthodox rabbis whose left and right wings have been at war over a host of issues. The appropriate role for female spiritual leaders has been passionately debated, as has the group’s agreement to restrict rabbis from performing conversions unless they are on a list compiled by Israel’s ultra-Orthodox-dominated chief rabbinate.

In March 2010, the council pressured Rabbi Avi Weiss of the Hebrew Institute of Riverdale to pledge that he would not confer the title of “rabba” — seen as a female counterpart title for “rabbi” — on any more women after he did so with Sara Hurwitz, a spiritual leader at his synagogue whom he had taught and trained. And at its annual conference in June, the RCA passed a resolution rejecting “the ordination of women or the recognition of women as members of the Orthodox rabbinate, regardless of the title.” The resolution left unclear which spiritual leadership roles were acceptable for women, while praising “the flowering of Torah study and teaching by God-fearing Orthodox women in recent decades.”

In an illustration of the pressures the RCA faces from the right, the ultra-Orthodox group Agudath Israel of America issued a public statement commending the RCA for its stand.

Goldin, who held the title of first vice president then, said at the time that the question of what was permissible for women was a “gray area,” adding, “Time will tell as we go along how this will actually play out.”

The RCA has also refused membership to rabbis ordained by Yeshivat Chovevei Torah, a seminary that stresses a more flexible “open Orthodoxy” and was established in 1999 by Weiss, a prominent leader of the group’s left wing. The school was established as an alternative to Yeshiva University, which was historically the training ground for new Modern Orthodox rabbis. The school is viewed by many as having become a more right-leaning place in recent years, under the guidance of such rabbinic school deans as RCA members Mordechai Willig and Hershel Schachter.

In 2009, Yeshivat Chovevei Torah graduates and other Modern Orthodox rabbis who felt that the RCA had drifted too far to the right established the International Rabbinic Fellowship. An amendment to RCA bylaws that would have sanctioned members who also joined that group was proposed last year, but ultimately voted down.

Now, says Hershel Billet, a past RCA president and rabbi of New York’s Young Israel of Woodmere, more conservative RCA members who oppose the admittance of those ordained by Chovevei are considering forming an alternative rabbinic organization, as well.

The environment within the RCA has become so fraught with tension that an online discussion forum it runs for members “is very, very slanted to the right-wing position, to the point where people hesitate to say their real opinion lest they be identified as deviant leftists,” said one member, who requested anonymity to avoid becoming embroiled in controversy.

In an effort to moderate the group’s divisive culture, Goldin lists as his priorities “building bridges” with Jewish groups to the left and the right of the organization, including non-Orthodox movements, “without compromising on our own principles, ideology and halachic standards.” Another priority is “making the RCA more relevant to the Jewish community at large… as opposed to the way we’re often perceived.”

In a telephone interview from Israel, Goldin said: “Part of vibrant Judaism is dealing with change by facing challenges. That makes you relevant. I want the RCA to be relevant to Judaism and Jewry, and we can only do that by facing the world squarely.” But proving the RCA’s relevance and clarifying what it represents may be Goldin’s biggest challenges.

“I don’t know why it is important any longer,” Jewish studies scholar Samuel Heilman said. Heilman is a professor at the Graduate Center of the City University of New York and the author of the 2006 book “Sliding to the Right: The Contest for the Future of American Jewish Orthodoxy.” “As the rabbinate has become increasingly right-tilting, including the rabbinate coming out of Yeshiva University, which was the main pipeline for the RCA, I’m not sure what the organization now exactly represents,” he said. The first major change under Goldin’s leadership has been the resignation of RCA’s executive vice president, Rabbi Basil Herring, who had served in his position since 2003. Though Goldin said the decision to leave was Herring’s own, Herring was viewed as being responsible for at least part of the organization’s rightward drift, in particular its 2008 agreement with Israel’s rabbinic establishment allowing the chief rabbinate to determine which American Modern Orthodox rabbis could approve acceptable conversions to Judaism. The news of Herring’s departure was announced June 27 in letters sent to RCA members by Goldin and Herring.

“If Rabbi Goldin could find someone to replace Herring [who could] persuade Rav Schachter and Rav Willig to dance with Rav Avi Weiss in one circle, hire that man or woman,” said Rabbi Asher Lopatin of Anshe Sholom B’nai Israel Congregation, in Chicago. Lopatin, who is a member of both the RCA and the International Rabbinic Fellowship, added, “To bridge that gap is what you need to do to create real change in the RCA.”