Sorry Can Be the Hardest Word 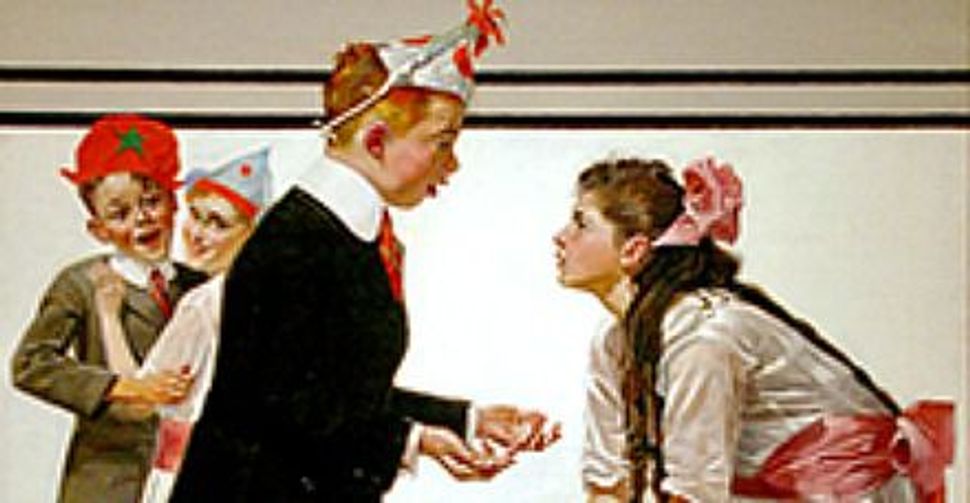 Image by NORMAN ROCKWELL, ?PARDON ME (CHILDREN DANCING AT A PARTY)? (1918)

Editor’s Note: This column by our Philologos ran in July. We are reposting it now because the diplomatic tussle between Turkey and Israel has escalated.

Turkey and Israel, we are told, have been trying to bury the hatchet over the Mavi Marmara incident. The main sticking point, it now seems, is the Turkish insistence that Israel apologize for the deaths of nine passengers shot aboard the Gaza-bound ship by Israeli naval commandos in May 2010. So far, Israel has refused. “The diplomats,” according to a report in early July in the Turkish newspaper Huriyet, “have been working like linguists in trying to find a word that will sound like ‘apology’ in Turkish but not in Hebrew.” 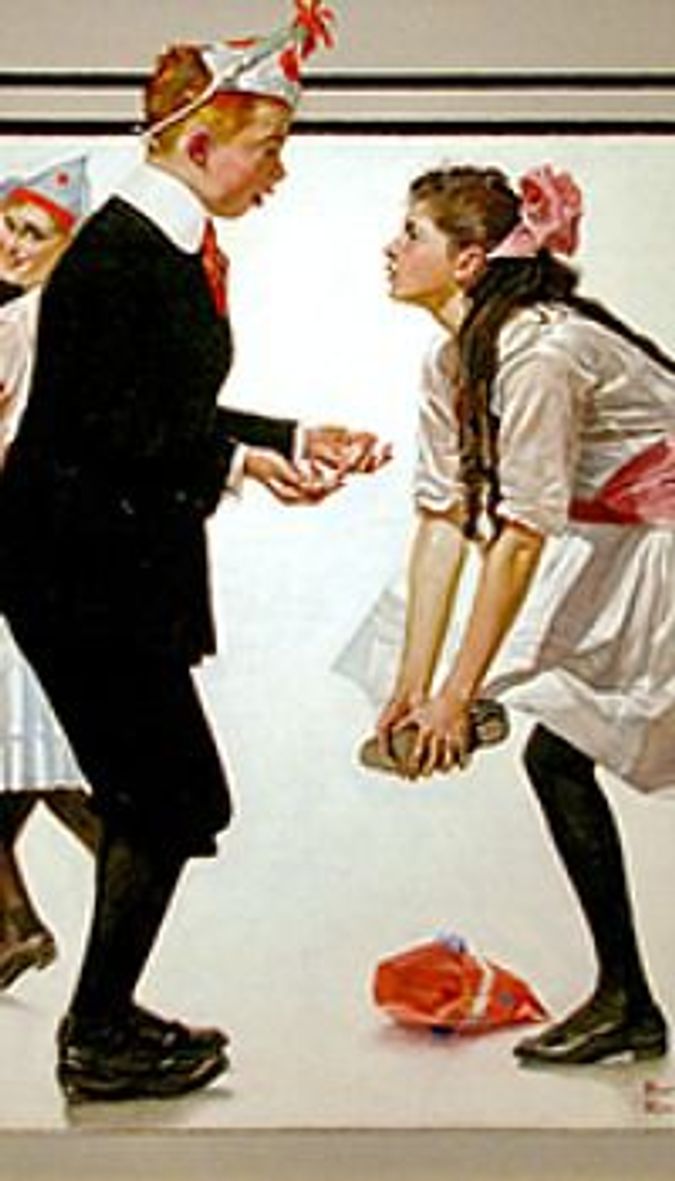 Did He Mean To? Sometimes you need to acknowledge the pain you inflict on another, irrespective of your intentions. Image by NORMAN ROCKWELL, ?PARDON ME (CHILDREN DANCING AT A PARTY)? (1918)

Will the magic word have been found by the time you read this column? Most likely not, since no such word appears to exist. To apologize in Turkish is özür dilemek, literally, to ask for pardon, and according to a Turkish friend of mine, there’s no other way of saying it. The nearest alternative would be to use the root üzgün — worry or sorrow — as in üzgünüz, “We are sorry [for],” or derinden üzgünüz, “We are deeply sorry for.”

In Hebrew, the situation is slightly different, because here, besides the verbal phrase l’vakesh sliḥa, to ask for pardon, which is the exact equivalent of özür dilimek, we also have the single verb l’hitnatsel, to apologize. Yet in Hebrew, too, there is no word or expression that can mean both to apologize or ask for pardon and merely to feel sorry for, according to how one chooses to interpret it.

Should the diplomats, then, pack their bags and go home? Not at all. They should simply be looking in other directions.

Let’s consider English. We needn’t go so far as to assume you’ve killed anyone. Suppose all you’ve done is accidentally stepped on someone’s toes in the subway. You have to say something. What are your most obvious options?

2) You can say “I’m sorry.” This still admits no responsibility, as you may think you stepped on the other person’s toes because they weren’t where they should have been, but it does express an emotional response to what has happened —that is, your wish that it hadn’t.

3) You can say “I apologize.” Now you’re admitting the fault was yours. You should have looked where you were stepping and you didn’t.

4) You can say “Forgive me.” That’s even stronger. It states your awareness that the other person has experienced genuine distress for which you are to blame — perhaps his toes have been broken — and has good reason to be angry with you and perhaps even to retaliate.

5) You can say “I beg your pardon.” As opposed to its use in Turkish or Hebrew, this expression may seem ambiguous in English, since it can be either akin to “I apologize” or even brusquer than “Excuse me,” depending on your tone of voice. The ambiguity, however, is only apparent, since that tone inevitably clarifies which of the two meanings you have in mind.

There are, of course, all kinds of variations on the above, but basically, in Turkish, Hebrew and English alike, you either take responsibility or you don’t.

But suppose you want to be ambiguous? Is there no way to do so?

Actually, there is. You just have to use more words. You can say, for instance, “I’m so sorry I stepped on your foot,” which implies that you might be to blame (you did the stepping) but that, then again, you might not be (the foot may have been in the wrong place). Or you can say, “Excuse me, I didn’t mean to do that,” thereby declaring that although you know you did something you shouldn’t have done, the fault was not necessarily yours.

The Turks and Israelis might try the same approach. Suppose the government of Israel were to issue a statement saying something like, “Israel expresses deep sorrow over the deaths of nine passengers on the Mavi Marmara at the hands of its soldiers.” Would that mean that those soldiers shouldn’t have opened fire and that Israel owes Turkey an apology? It could, but it wouldn’t have to. That they had no choice but to open fire and Israel owes Turkey no apology? It wouldn’t have to, but it could. The Turks could point to the first possibility, the Israelis to the second, and both sides could move on.

It’s not a question of a word or phrase that exists in one language and not in another. It’s a question of a sentence that is equally easy to formulate in all languages. Perhaps by the time you read this, that will have been found.

Sorry Can Be the Hardest Word