Jewish Neighborhood in Shock After Grisly Murder of Brooklyn Boy 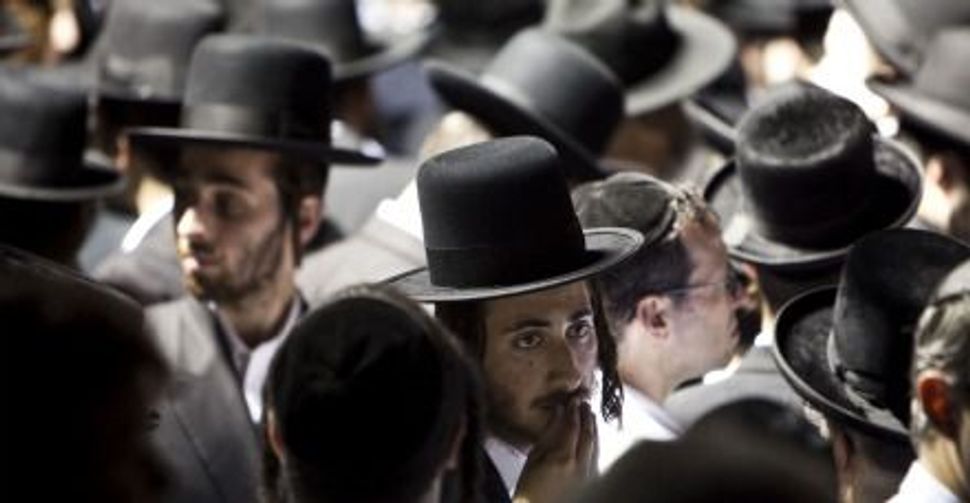 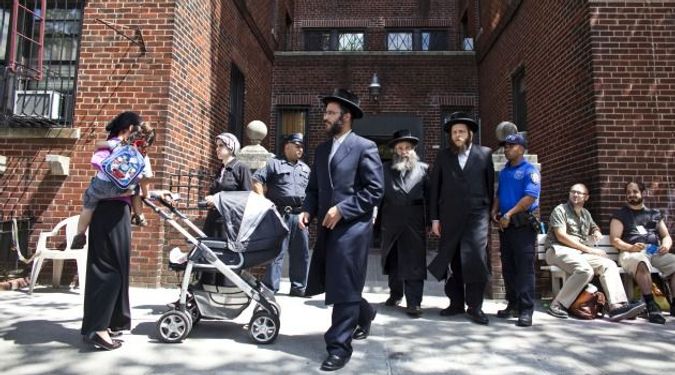 IN SHOCK: Cops guard the home of 8-year-old Leiby Kletzky after the missing boy?s body parts were found in Brooklyn. Image by Getty Images

Hours after the mutilated remains of an 8-year old Orthodox Jewish boy were found in Brooklyn Wednesday, his close-knit religious neighborhood of Borough Park seemed transfixed by the horrifying story.

Outside a funeral home on 38th Street, people wondered how little Leiby Kletzky’s mother could cope with the trauma. At a table near the window of The Side Dish, a dairy restaurant on 14th Avenue, young women read a newspaper account of the missing boy, who was snatched as he walked home from camp for the first time.

Near the Fort Hamilton Parkway subway station, a woman in a black wig repeated the suspect’s name into her cell phone twice.

Throughout the neighborhood, Orthodox Jews — both those who know the murdered child and his family, others who don’t — struggled with the knowledge that Kletzky was snatched from the heart of their insular neighborhood in broad daylight. 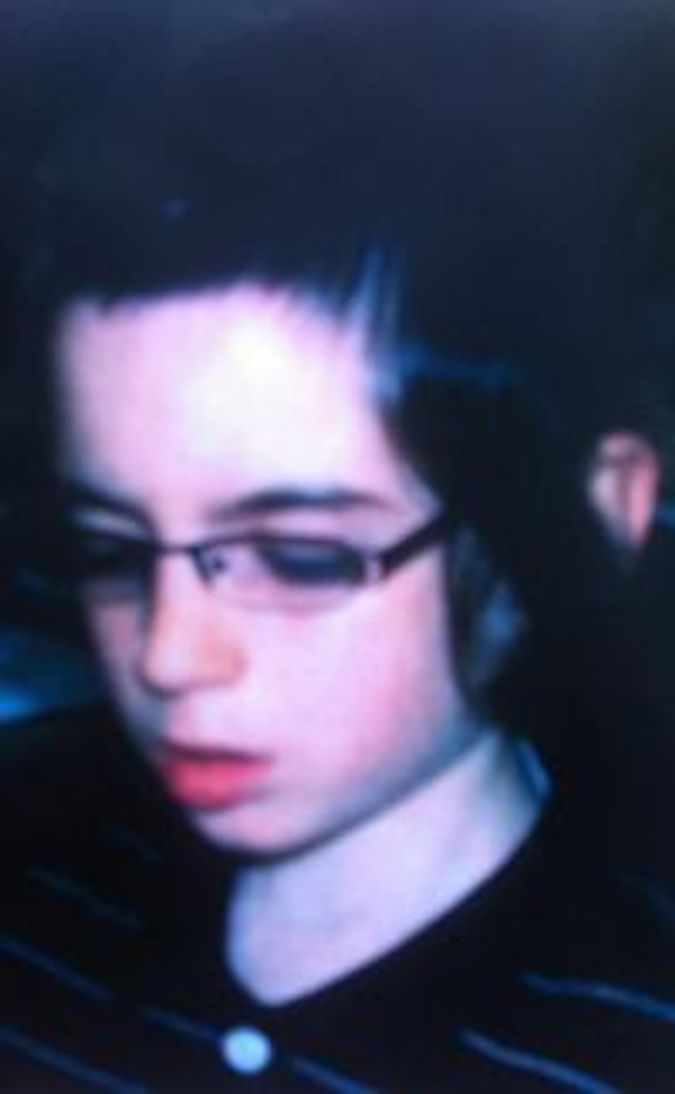 Even worse, suspect Levi Aron appeared to be one of their own.

“We would expect it to be an act of terrorism [or] an act of anti-Semitism,” said Ezra Friedlander, a public relations consultant specializing in the Orthodox community, who lives down the block from the summer camp where Leiby Kletzky was last seen alive. “In fact, it’s a member of your own community.”

Aron pleaded not guilty to murder at a brief court appearance Thursday. His lawyer said the suspect was hearing voices, a possible indication that he plans to pursue an insanity defense.

The suspect had scratches on his arms, leading police to believe Kletzky fought for his life.

Kletzky was reported missing Monday afternoon, after leaving the Boyan Day Camp he attended on 44th Street and 12th Avenue. The boy had pleaded with his parents to allow him to walk home and they agreed to meet him halfway at 13th Avenue and 50th Street.

Police said that Aron, who worked in a nearby building supply warehouse, did not know Kletzky and snatched the boy at random. Surveillance footage showed the boy following a man later identified as Aron toward a gold car.

Orthodox safety patrols and the New York Police Department conducted a massive search on Monday night and Tuesday. Residents described an intensive, community-wide effort to locate the missing boy. Shlomo Fishman, an electrician who was parked near the Kletzkys’ home, said that he had taken part in the search.

“There were thousands of people going block by block, every group had a certain street — all the alleys, all the hidden places a kid could be hiding,” Fishman said on Wednesday.

The search ended before dawn Wednesday, when police determined Aron’s identity. At his apartment, they located parts of Kletzky’s body in the freezer, police said.

Aron made statements implicating himself, said NYPD spokesman Paul J. Browne, and led police officials to a dumpster in nearby Park Slope where additional remains were found stuffed in a red suitcase.

Aron is an Orthodox Jew, though his home is just outside the bounds of the ultra-Orthodox neighborhood of Borough Park. He recently returned from living in Tennessee, where he married a woman but later got divorced.

At Kletzky’s camp, elementary school-aged boys looked out the windows at reporters standing outside in the light rain. One boy pushed a plush stuffed animal up to the window.

An Orthodox woman walking past the intersection where the boy’s parents had waited for him said her children had known the boy, and that she had instructed her children the night before not to talk to strangers.

A young Hasidic couple at the same intersection said that they hadn’t let their children go to school alone that morning. “It’s like you can’t trust anybody,” said the woman, who gave her name as Dvora.

Kletzky lived in a red brick apartment building on 15th Avenue and 56th Street with his four sisters and his parents. His family prayed at a synagogue led by Rabbi Binyonim Eisenberger in the basement of a yeshiva a few blocks away. Community members said that the boy’s father worked as a van driver. A neighbor said that Eisenberger was with the family on Wednesday.

While police cleared streets near the home and the synagogue in preparation for Kletzky’s funeral Wednesday night, Borough Park residents seemed at pains to paint the suspect in the murder as outside of their community.

Thousands of black-clad Orthodox Jews filled the streets near a synagogue as the boy’s small draped coffin was carried inside.

Heartbroken father Nachman Kletzky mourned the loss of his only son in a poignant farewell.

“God gives and God takes,” he said through tears.

A member of the Satmar Hasidic community named Meilich Green, 21, said that, judging from pictures of the suspect posted online, he didn’t see him as an insider.

Aron’s co-worker at Empire State Supply, a building and janitorial supplies firm, said that Aron had worked as a laborer in the warehouse for 12 years, though he had left in the middle of that period to live in Tennessee. He is “quiet, very very quiet,” the co-worker said.

Aron had been to work on Tuesday, the day after the boy disappeared. It is unclear if the boy was already dead by then.

“He looked like a little ill, maybe. Quiet,” the co-worker said. “But he’s always quiet.”

Jewish Neighborhood in Shock After Grisly Murder of Brooklyn Boy