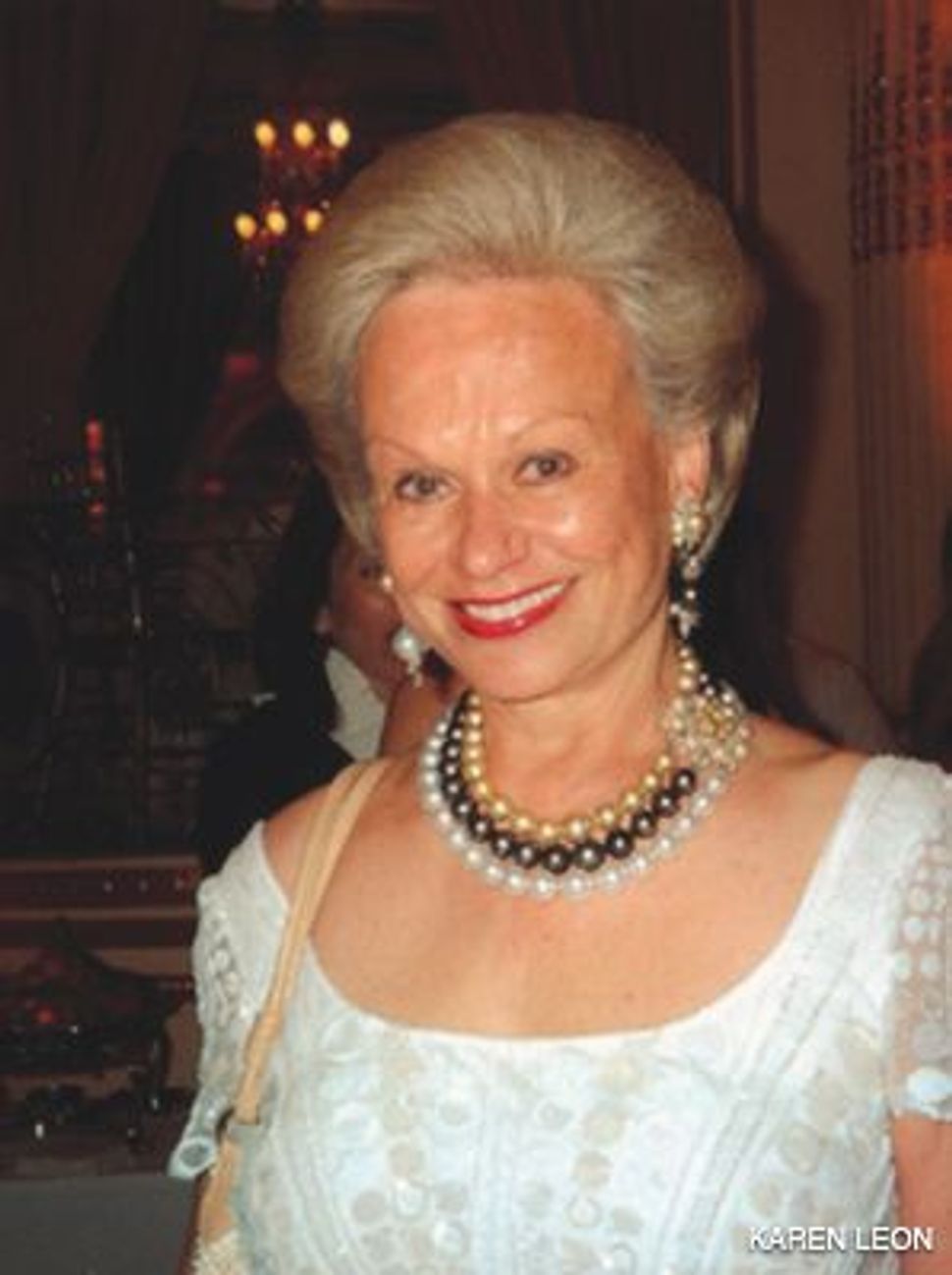 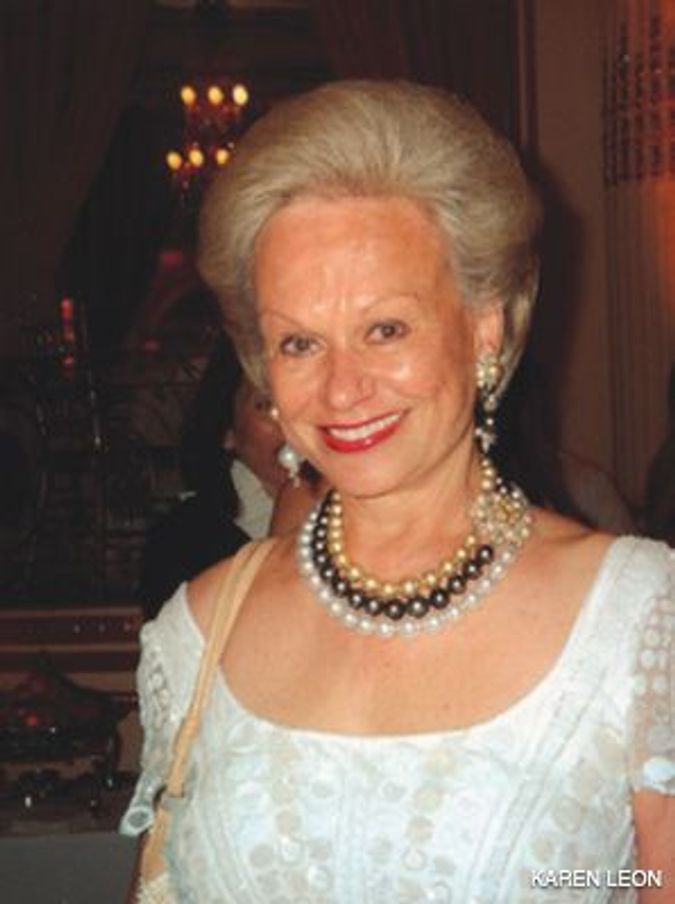 “We are all aware [that] the primacy of the book and other forms of print material — newspapers and magazines — is seriously challenged today,” said Paul LeClerc, president and CEO of The New York Public Library and honoree at the June 16 American Friends of the Open University of Israel gala, held at the Plaza. Introduced — in French — by AFOUI President Ingeborg Rennert, LeClerc, a Voltaire scholar and former Hunter College president, touted the “vast new database called Electronic Enlightenment,” yet expressed trepidation about the “survival of digitally formatted information.…We know that we can preserve paper and parchment nearly indefinitely, but how long can the integrity of a digital text, photograph, recording or database be assured?” LeClerc praised Israel’s Jewish National & University Library for “embracing the digital age by digitizing key documents from its precious collections and making them available worldwide through the Internet.” Among the guests were Baron Robert de Rothschild, chairman of AMOUI’s board of director, and co-chairman of the board Malcolm Thomson. The event’s gala chairs were Patricia Cayne, Ambassador Dore Gold, Malcolm Hoenlein, Elie Wiesel and Elaine Wolfensohn.

Citing the New York Public Library’s Web site, LeClerc informed: “We have digitized 750,000 images from our collections and put them up for free worldwide use. We now have 8.5 million downloads of these images per month. Each month we receive electronic visits from readers in 230 countries… with 1,500 user sessions from Israel.… Imagine, for example, being able to search effortlessly and instantaneously through the full texts [of] about 100,000 letters exchanged between and among the leading figures of the European, British, Scottish and American enlightenments… what these women and men were saying about slavery in any season, in any year, from St. Petersburg to Philadelphia.” He also addressed “a truly serious legal impediment to digitizing the books printed over the past century or so. The copyright regime of the European Union prohibits digitizing all works from the member states published after 1863 without the permission of the rights holders.

The U.S. cutoff date is 1923…. So the print output of the entire modern era is virtually off-limits from a digital standpoint.” Married to Judith Ginsberg, who served on the Hunter College faculty with him, LeClerc is author and/or co-editor of five volumes on writers of the French Enlightenment. His roster of honorary degrees includes Oxford University, Fordham University, Brown and the University of Paris III-La Nouvelle Sorbonne.

Created in 1974, Open University was a vision of the Rothschild family and Yigal Allon, deputy prime minister of education. It currently has 70 study centers serving 43,000 students plus 7,000 in the former Soviet Union, and is Israel’s largest university. OUI’s president, Gershon Ben Shakhar, informed, “The Rennert family promised to give us $3 million for a new building.” Were it not for Open University, “most students who have attended O.U. would not have gotten an education.”

At the July 24 reception for the launch of “Paintings by Stella Cohen — Selections From Oracle Women,” sponsored by the American Sephardi Federation/Sephardic House at the Center for Jewish History, I met the chic, petite, 51-year old Zimbabwe-born artist. Her family was invited by Cecil Rhodes to come to Rhodesia. Cohen, who takes pride in speaking fluent Ladino, lamented, “The [pre-World War II] Jewish population [in Zimbabwe], which once numbered 7,000, is just 150 — both Sephardi and Ashkenazi.” A self-taught artist, Cohen explained: “My painting was a catharsis to heal after my sister Vera was struck down at 21 from Scleroderma… My ‘Oracle Women’ [lushly garbed exotic figures titled ‘The Healer,’ ‘The Soul Spirit,’ ‘The Mystic,’ ‘The Prophetess’] have seen me through the traumas of pain, loss and illness… have brought me understanding of my heritage that embraced a 500-year-old cycle of discrimination, rejection and subsequent renewal.” Cohen, whose mother’s and father’s roots go back to Turkey to the Island of Rhodes and Spain, respectively, said that her paintings “incorporate Sephardim dispersed across the Mediterranean.”

Born in Salisbury, Rhodesia (now Harare Zimbabwe), Cohen and her husband, Victor, continue to live “in a beautiful country” despite the political unrest and the diminution of the Jewish community. She had been actively involved in Zimbabwe NGOs and has done work for the Sephardi and Jewish communities. As a volunteer “to help improve the quality of life in Zimbabwe,” Cohen became a close friend with the late Sally Mugabe, the wife of Zimbabwe’s president, Robert Mugabe. With the help of the American Jewish Joint Distribution Committee, Cohen set up the first eye clinic in the country. The clinic’s wonderful work resulted in opening the door for Israel to establish an embassy in Harare. Assuring me that the Jewish and Zimbabwean communities are interactive, Cohen added: “My husband and I established Shona, a school for mentally challenged children [who are] both Christian and Animist.”

In the 1990s, Cohen began her deep exploration of Judaism and her Sephardic heritage through food and art. Inspired by old synagogues from Sephardic communities in India, Israel, Morocco, Italy, Spain and Greece, the paintings of exotic talisman-wearing women invite the viewer into a lush other-worldly arena enhanced with symbolism, talismans and eye-popping color.