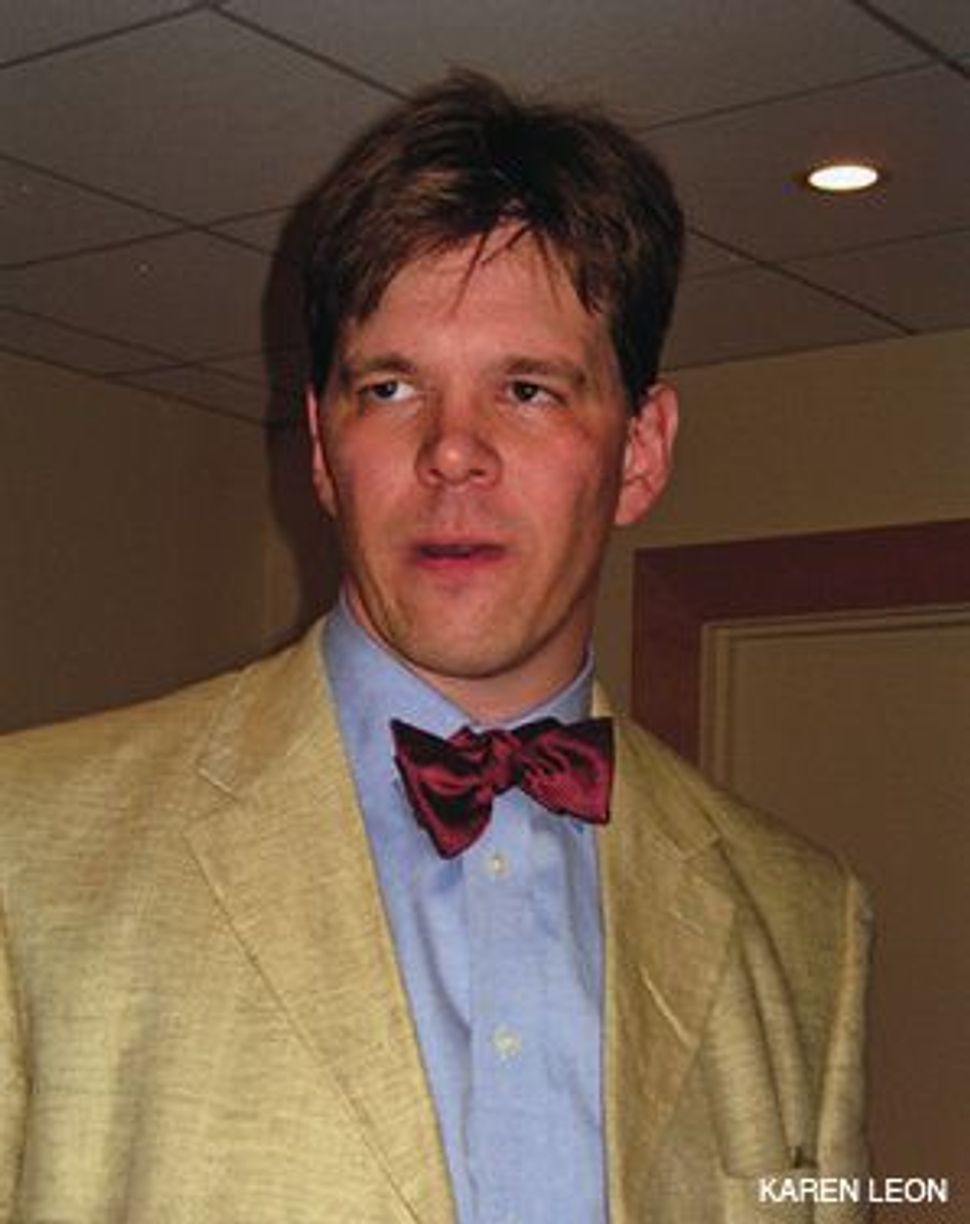 FROM THE MOUTHS OF PRESIDENTS WHOSE WRITERS’ WORDS MAKE HISTORY 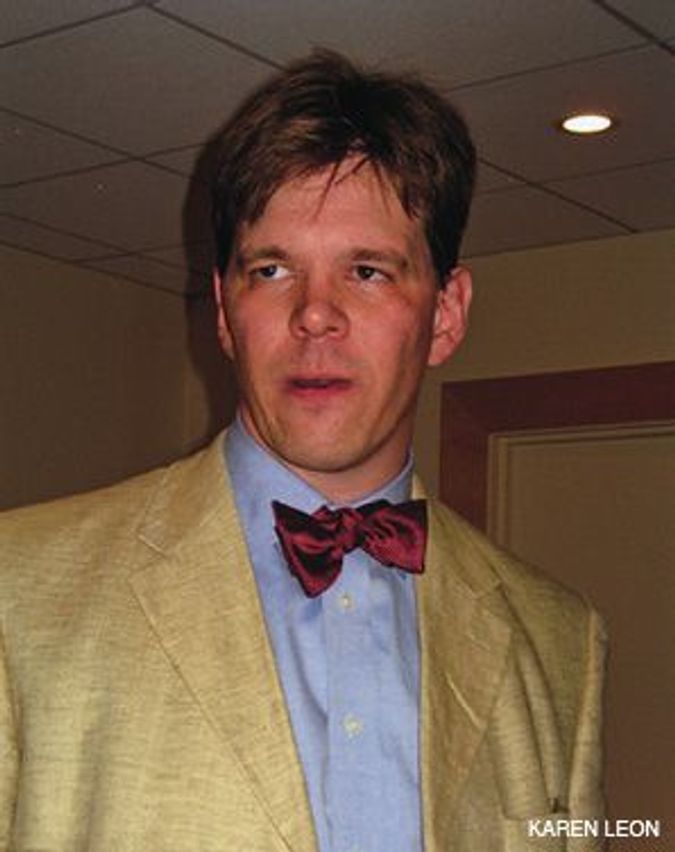 “Why speechwriters?” posited Robert Schlesinger, U.S. News & World Report opinion deputy assistant managing editor and author of the recent book “White House Ghosts: Presidents and Their Speechwriters” (Simon & Schuster), to the select gathering at the July 15 reception at the Roosevelt House Public Policy Institute at Hunter College. “FDR was not the first president to employ a speechwriter full time, [but] by institutionalizing the position, he revolutionized it — and presidential communications… The rise of mass communications has made speech-giving central to an effective presidency…. Articulating a policy uncovers weak points and fuzzy logic. ‘If it doesn’t work on paper,’ Richard Nixon used to say, ‘it probably doesn’t work.’” Schlesinger, is the son of presidential speechwriter Arthur Schlesinger Jr. Rich in detail with a hint of “Page Six” notoriety, Robert disclosed a tidbit: When “George W. Bush was in his first term in the White House, speech sessions no longer took place over cocktails. Instead speechwriters were expected to be at their desks by 7 a.m. on the morning the president was going to give one of [his] speeches.”

Schlesinger noted, “Though Ronald Reagan would be deeply engaged in the writing process, his writers included former CBS radio journalist Peggy Noonan and Pat Buchanan, the former Nixon ghost writer.” Cross-cutting between his address and excerpts from the book, Schlesinger offered an insider’s glimpse of presidential oratory that is often manufactured by others. “President George W. Bush had a front-seat view of President George H.W. Bush’s downfall. And where the senior Bush discounted the importance of presidential speechmaking, the current president has not… Of course Bush’s speeches are also remembered for their role in leading the nation to war.” Schlesinger added that Franklin Delano Roosevelt “invented a new style of speechmaking.”

Thanks to radio, “one could now visit individuals in the quiet of their homes.… And that low-key style — notwithstanding the oratorical stylings of Barack Obama — endures politically to this day. FDR would start his speeches with a gentle, ‘My friend.’ What is John McCain’s favorite expression? ‘My friends.’”

A WHIRLWIND HAMPTONS WEEKEND WITH LOX AND BAGELS

Where have all the interesting people gone? To the Hamptons, of course! On a typical weekend — July 18-20 — a Friday night dinner party at Watermill in Smithtown, N.Y., was hosted by Stanley Cohen, whose many hats include president of the Scone Foundation (which annually honors a historian/ librarian). The evening’s guest list included Newsweek’s Lally Weymouth; Ann and Kenneth Bialkin; Jonathan and Somers Farkas; Henry Buhl; David Walentas, who owns Two Trees Farm, site of the Bridgehampton Polo Club, and is the developer of Dumbo area of Brooklyn, and Vanity Fair contributing editor Patty Bosworth, who is currently working on a book on Jane Fonda and whose father, Bartley Cumb, is best remembered as Rita Hayworth’s debonair lawyer who negotiated her divorce from Prince Ali Kahn. One of the attorneys for “The Hollywood Ten,” Crumb was a member of the Anglo-American Commission of Inquiry on Palestine in 1945 and was adviser to President Harry Truman to support the opening of the British Mandate of Palestine to unrestricted Jewish immigration. In 1947, Simon & Schuster published his book “Behind the Silken Curtain: A Personal Account of Anglo-American Diplomacy in Palestine and the Middle East.”

On the Saturday of that weekend, I popped over to a cocktail reception in the garden of Domna Stanton, professor at CUNY Graduate Center and renowned scholar of 17th-century and early modern French studies. Her guests included Barbara Lee Diamondstein and her husband, Carl Spielvogel, respectively the former ambassador to Slovakia (under Clinton) and director emeritus of Lincoln Center for the Performing Arts. Lots of mingling and chatting with E.L. Doctorow and his wife, Helen; Ellen Adler, Carl Bernstein, Liz Sherr, Cornelia Foss and Barry Humphrey, aka “Dame Edna,” who arrived in a suit and tie and with his wife by his side.

This weekend the buzz was the controversial New Yorker Obama cover. Sunday brunch was at the home of Dan Talbot, founder of New Yorker Films, and his wife, Toby, who teaches documentary filmmaking at The New School. Filmmaker Joan Micklin Silver (“Crossing Delancey” and “Hester Street”) told me that her next project is “a documentary on the Catskills from Washington Irving to today.” She is also working on a film about bagels. Ellen Isler of the Jewish Braille Institute mentioned that they the institute is translating a lot of material into Spanish for Jews from South America who now make America their home. The brunch spread included superb herring, whitefish and lox.