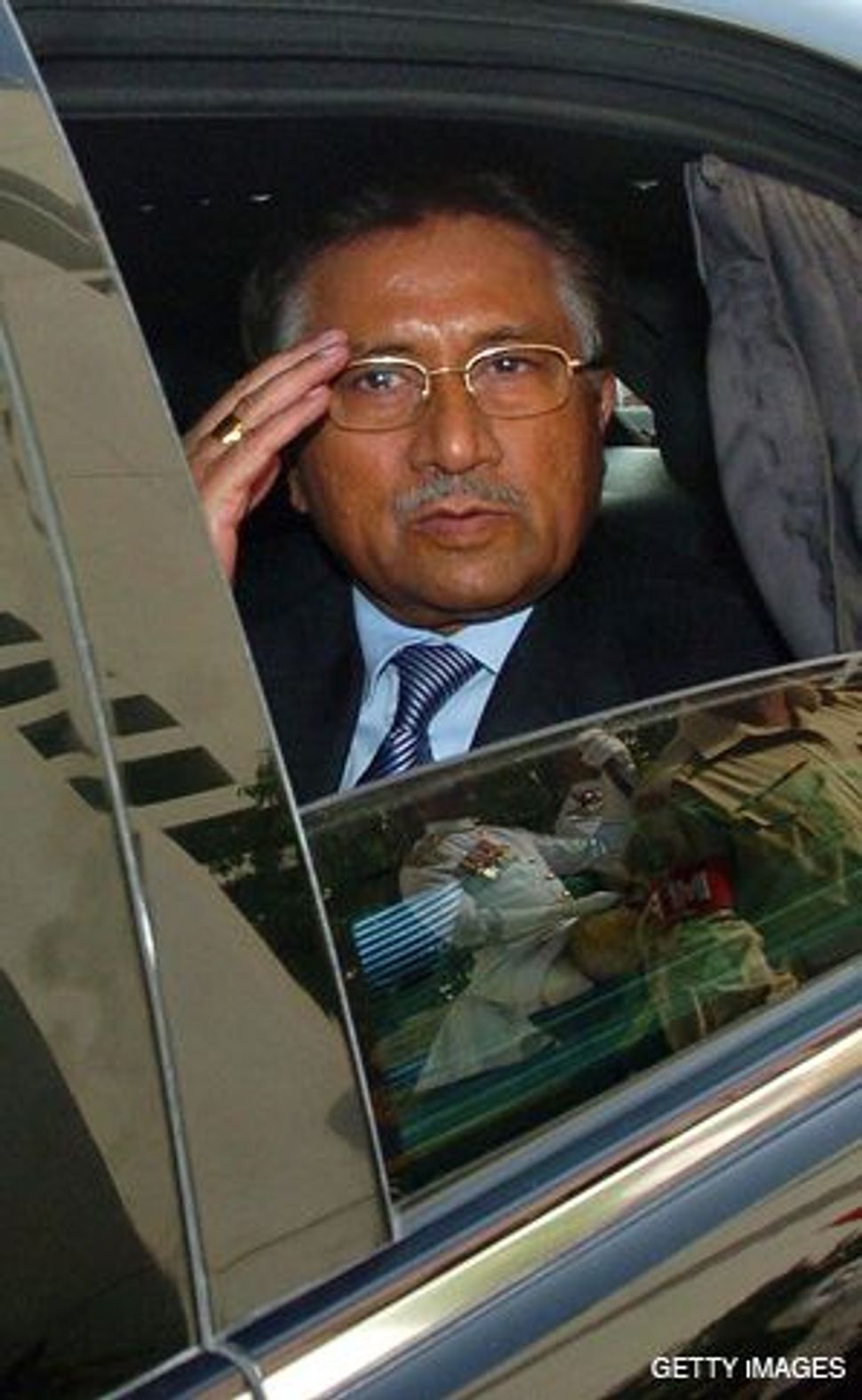 Three years ago, Pakistani President Pervez Musharraf came to New York, shook then Israeli prime minister Ariel Sharon’s hand and delivered a keynote address to an American Jewish group, fueling hope that the second largest Muslim country in the world and the Jewish state were on their way to establishing formal relations. 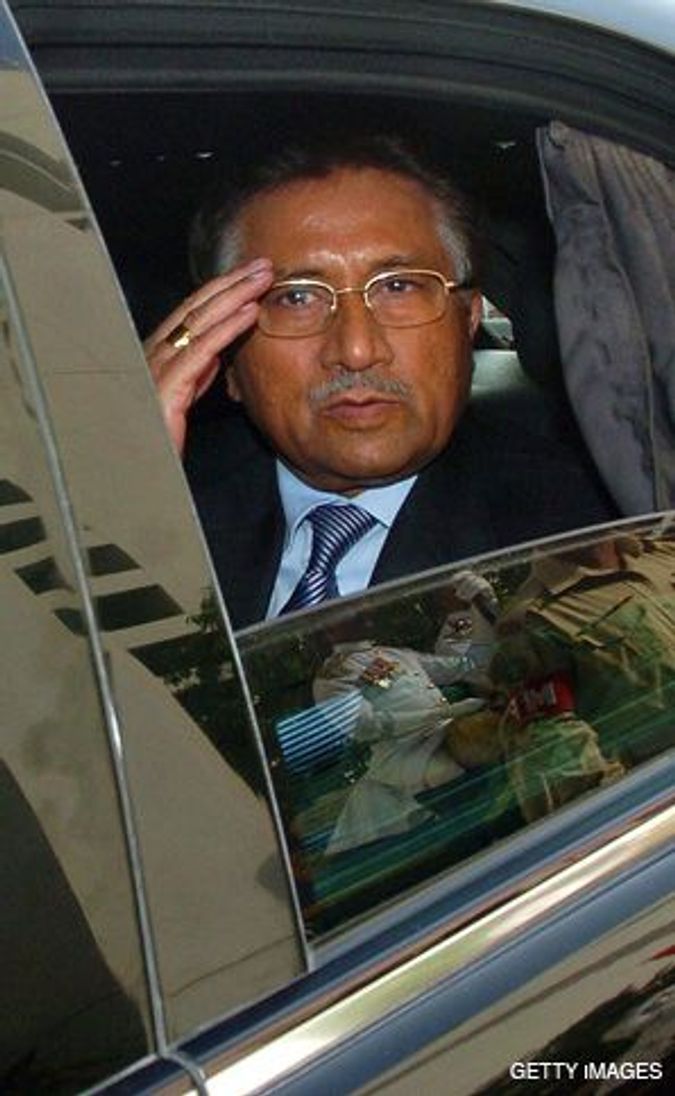 Last week, Musharraf resigned under a threat of impeachment. One victim of his fall from grace is likely to be the short-lived rapprochement with Israel, which the two ruling parties, led by Nawaz Sharif and Asif Zardari, are likely to eschew as they seek to shore up support for their fragile coalition government.

“My expectation is that the policy paralysis imposed by political jockeying between Nawaz Sharif and Asif Zardari — a paralysis that has hurt the economy and the fight against terrorism and extremism — will do the same to diplomatic overtures towards Israel,” said Daniel Markey, a former State Department specialist on South Asia who is now a senior fellow with the Council on Foreign Relations. “In times of deep uncertainty, leaders are unlikely to take bold, potentially unpopular, diplomatic overtures. This uncertainty will persist for months, at least, if not longer.”

Israel has long sought to establish diplomatic ties with such leading South Asian Muslim countries as Indonesia, Malaysia and Pakistan, based on the premise that they would be more amenable to such a dialogue than Arab regimes. But the lack of progress on the Palestinian issue has hampered those efforts.

This helps explain why Musharraf’s open outreach effort was seen as a watershed in 2005. At that time, Musharraf, who was both the president and army chief, still had a firm grip on power and was seen by the Bush administration as a key ally in the war on terror.

In the wake of Israel’s unilateral withdrawal from Gaza that summer, he authorized an unprecedented public meeting in Istanbul between Pakistani Foreign Minister Khurshid Kasuri and his then Israeli counterpart, Silvan Shalom. Musharraf then shook hands with Sharon on the sidelines of the annual United Nations General Assembly and delivered the keynote address at a dinner in New York organized by the American Jewish Congress’s Council for World Jewry.

At the dinner and in interviews, he said that a resolution to the Israeli-Palestinian conflict would enable Pakistan to formalize full diplomatic relations with Israel. In the fall of that year, after Pakistan was struck by an earthquake, he accepted humanitarian aid from Israel on the condition that a third party would funnel it.

“It’s a big plus for the Jewish people to have an opening to the world’s only nuclear-armed Muslim country,” said David Twersky, senior adviser for international affairs at the AJCongress. “I hope the idea of being open to American Jews doesn’t get thrown out with Musharraf.”

Even before Musharraf’s resignation, though, initiatives to deepen and broaden the relationship never materialized, as his grip on power began to unravel in the face of mounting opposition and violence in the border region with Afghanistan. This past January, Musharraf reportedly met Israeli Defense Minister Ehud Barak in a Paris hotel where both men were staying, but Musharraf has been consumed with his domestic problems and the slow loss of support from the Bush administration.

A point of hope for Israel has been the Pakistan Peoples Party, the center-left party led by Zardari. Markey said that Zardari’s party was not likely to play the anti-Israel card and might, under the right conditions, pursue limited outreach as part of a broader foreign policy agenda.

Teresita Schaffer, director of the South Asia Program at the Center for Strategic and International Studies in Washington, said that while there had been “quiet contacts” between Zardari’s party and Israeli officials, “the elected government will be very cautious about expanding relations with Israel, until they get their feet on the ground.”

On the other hand, the center-right Pakistan Muslim League may need to appease Islamist parties in order to hold a stable majority, and it could choose to play the anti-Israel card to build up support.

Moreover, the party has ties with Saudi Arabia, where its leader, Sharif, lived in exile for several years after he was ousted by Musharraf in 1999. As such, Markey said, he probably would seek Riyadh’s approval to pursue a rapprochement with Israel.

Malcolm Hoenlein, executive vice chairman of the Conference of Presidents of Major American Jewish Organizations, expressed fears that Pakistan could move more toward the Islamists.

“I’m very worried about it,” he said.

Nevertheless, Hoenlein and Jack Rosen, the chair of the AJC’s Council on World Jewry, stressed the ongoing contacts that Jews have had with Pakistani governments over the years — long before Musharraf — and expressed confidence that they would persist in the future.

With reporting by JTA