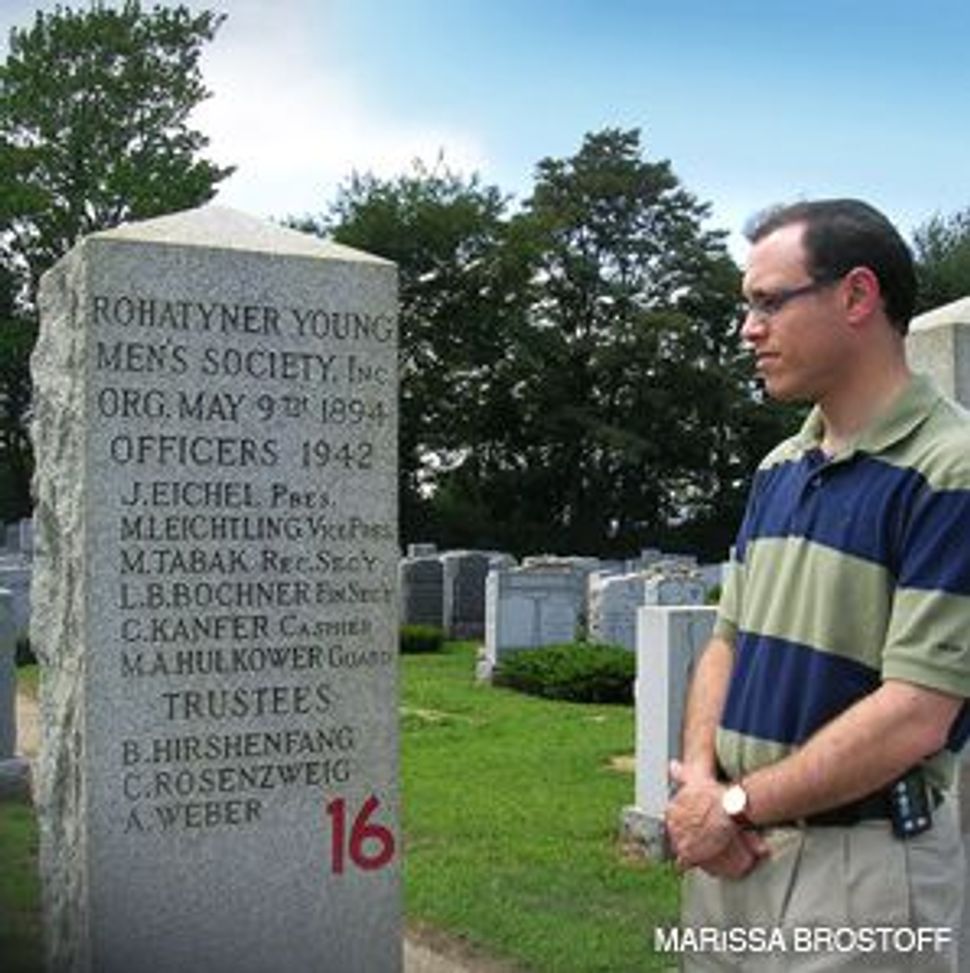 GUARDIAN: Rohatyner cemetrey chair David Reich (above) worries that gravesites will suffer if the aid society that oversees them folds.

For the members of a century-old Jewish fraternal society, the organization’s breakup has literally turned into a fight over graves. 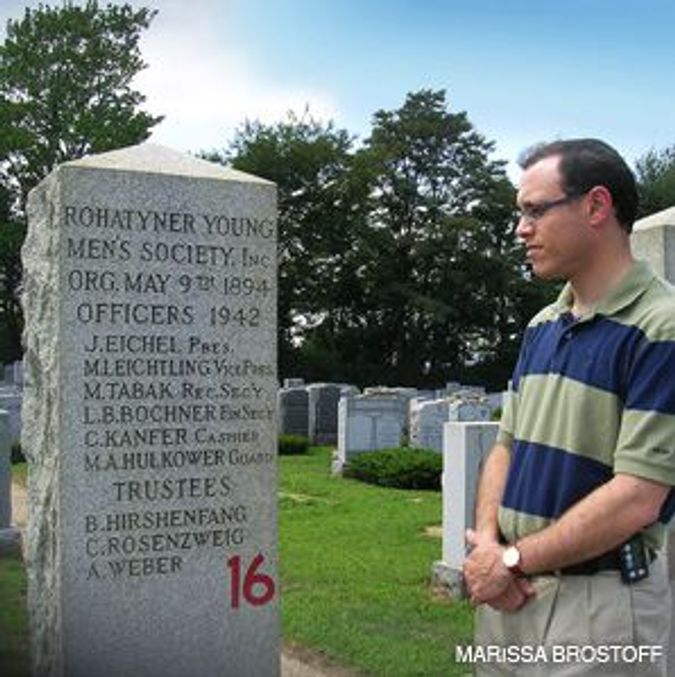 GUARDIAN: Rohatyner cemetrey chair David Reich (above) worries that gravesites will suffer if the aid society that oversees them folds.

The Rohatyner Young Men’s Society is one of the last of the landsmanschaften, benefit societies formed at the turn of the past century by groups of townsfolk who had emigrated from Eastern Europe. Thousands of landsmanschaften once dotted American cities with Jewish immigrant populations, but the few that remain are now struggling to plan their own demise.

Several generations removed from its point of origin, Rohatyner, as members call it, may have outlived the conditions for its existence. Its dispersed constituents, the great- and great-great-grandchildren of the group’s founders on Manhattan’s Lower East Side, do not socialize outside of biannual dinners and no longer need the organization as a dispenser of loans and medical help. Instead, like other landsmanschaften in their final stages, Rohatyner now primarily functions as a burial society and will likely soon cease to be even that.

“The normal life of an organization like that is, it goes from having all kinds of social activities to something like an annual banquet, and the last thing to survive is the burial benefit,” said Robert Kestenbaum, who, as an officer of the Yiddish cultural and political organization Workmen’s Circle/Arbeter Ring, has seen the decline of dozens of landsmanschaften. “And that’s where the really sad stuff comes in.”

A vote conducted by mail last month suggested that most Rohatyner members are resigned to closing the group’s doors for the last time. Of the 32 households that voted — many members belong to the organization along with their families, and indeed several extended clans stretch through the association — 24 favored disbanding.

But those who oppose disbanding feel strongly that they may lose not only a link to the past, but also a plot in the cemetery. Rohatyner owns land in two Jewish cemeteries in Queens where, according to the group’s treasurer, 72-year-old Alvin Edelstein, about 850 society members are buried. Another 100 graves remain open. Enrollment in the organization entitles an individual to a heavily subsidized burial, an increasingly pressing concern for Rohatyner’s aging membership.

Ruth Brown, an 84-year-old association member who lives in a Florida beachside community, was incredulous when asked whether she ever attends the group’s dinners.

And yet, because of the cemetery, Brown was among the minority who voted to keep Rohatyner intact.

Although Brown purchased her cemetery plot from the organization years ago, her worries are not unfounded. According to Kestenbaum, when landsmanschaften break up, their gravesites can become stuck in limbo. In New York State, unless a disbanding society deeds its graves back to the cemetery or to the families that plan to use them, those plots, by law, must remain empty.

“There are thousands of graves in New York that under current statutes can never be used,” Kestenbaum said.

This is not the first time that the issue of burial has raised uncomfortable questions for the group. Ten years ago, the organization voted to seal its ranks permanently — even excluding members’ children from joining — because of a lack of cemetery space.

These concerns mark the distance from the organization’s halcyon days, which members say lasted from its establishment in 1894, when the group’s founders named it for their hometown of Rohatyn in what is now western Ukraine, through the World War II era. (The town also lent its name to its most famous son, investment banker Felix Rohatyn.) In 1900, Rohatyn was a lively community of 7,000 people, about half of whom were Jewish. According to the town’s page on the Web site JewishGen, it spawned no fewer than four landsmanschaften in the United States and Israel.

“My father was a failed grocer during the Depression, and he would put on a suit when he went to the meetings,” recalled Bernard Hulkower, the group’s 80-year-old president. “It was a big deal.”

As members became more prosperous, Rohatyner directed its budget away from aid for members and toward charitable donations to such Jewish organizations as Hadassah.

“We eat, we give to charity and we bury people,” Edelstein said.

What to do with the money that remains in the group’s coffers is a matter that will have to be dealt with if the organization breaks up. According to Hulkower, $160,000 remains, and some members want the money given away; others, however, believe that it should be divided among them.

For now, arguing about whether, and how, to disband appears to be Rohatyner’s one remaining group avocation.

“There’s been talk about disbanding for at least 10 years,” said Robyn Katz, who is Edelstein’s niece and, at 50, one of the group’s youngest members. And arguing about the cemetery is not a new pastime in the society. Katz’s late grandfather once worked the group into a tizzy by posing the perplexing question of whether a member who already buried one wife in the Rohatyner plot could bury a second wife there, as well.

“Everyone discusses it; it gets very heated,” Katz said. “It’s very philosophical. And then my grandfather said: ‘Well, this is what I told him already. One spouse per plot.’ He had already decided!”

If this summer’s vote turns out to be definitive, those conversations may be about to come to an end.

“There’s a general feeling that we’re not going anywhere,” Hulkower said. “The next meeting should be the last.”