Fate Has Been Kind to Little Shul on Stanton Street 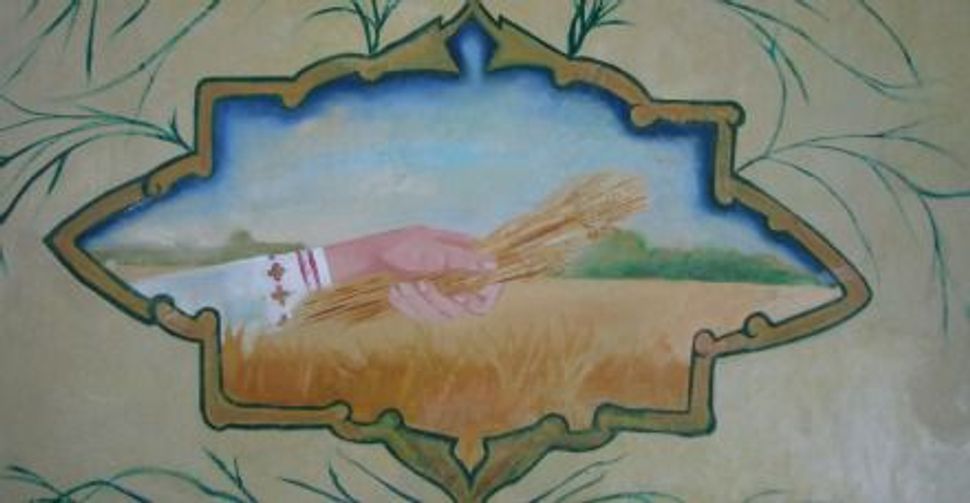 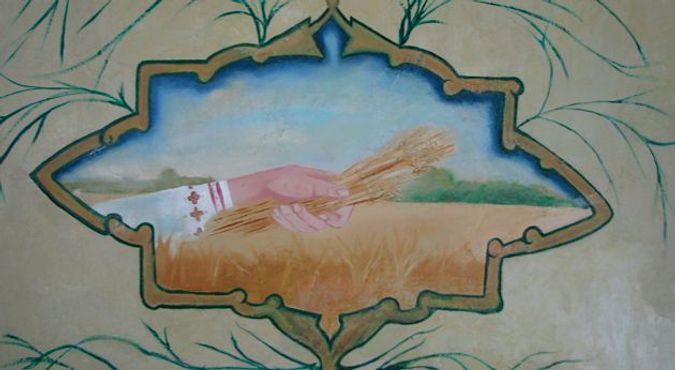 Just the other day, my friend Molly and I traveled back in time. No, we didn?t ingest any foreign substances or don a funny pair of 3-D goggles. We attended synagogue ? Congregation Bnai Jacob Anshei Brzezan. Or, to call it by its American name, the Stanton Street Shul.

Built in 1913 on a narrow lot on a modest little street on Manhattan?s Lower East Side by Jewish immigrants from the town of Brzezany, the synagogue has managed to outfox both Father Time and Mother Nature by staying afloat. Over the years, the roof leaked, the walls thickened with moisture and the furnishings grew old and tired, as did the synagogue?s congregants, but the Stanton Street Shul kept on ticking.

When the Lower East Side was known as America?s ?great ghetto,? synagogues just like it were thick on the ground. Immigrants from the same place in Eastern Europe gathered together under the mantle of geography to socialize, daven and keep one another company. A humble, even rudimentary affair, the landsmanshaft, or hometown society, synagogue made up in warmth ? through a familiar dialect, say, or nusach, a prayer style ? what it lacked in physical amenities. Eventually, the institution succumbed to the siren call of modernity. Members moved away or simply looked elsewhere for companionship. But not Anshei Brzezan. Although its membership rolls ultimately included landsleit, or compatriots, from other towns, this synagogue held on.

One can?t help but wonder why. How was it that this congregation survived when virtually all its fellow landsmanshaftn live on only in the cemetery where their names grace the wrought iron gates that mark the entrance to one or another enclave of tombstones? It certainly wasn?t a matter of financial acumen. Few, if any, congregants had deep pockets or were able to envision a time when air rights might be put up for sale.

Under the circumstances, you could say that what sustained the Stanton Street Shul was mazel, luck. Fate has been kind, bringing generation after generation of dedicated and stalwart members into its midst. But then, the mazel the congregation enjoys is quite literal, too: a constellation of zodiac signs that correspond to the Jewish calendar adorns its walls. In Yiddish, they?re called mazoles.

Twelve of them march around the walls of the sanctuary, softening its awkwardly shaped bowling alley of a space. Here, within its narrow confines, the natural world and its creatures ? cows, fish, cooing lovebirds, a gentle lion with an all-too-human face ? came home to roost. Practical as well as decorative, the mazoles marked the months of the year, endowing the concept of a wall calendar with the attribute of permanence.

Adar was welcomed by a fish, and Tammuz by some kind of pink sea creature that resembles a lobster more than a crab, while Iyar was ushered in by a bull ambling through a meadow. For the literal-minded members of the congregation, each image was accompanied by the Hebrew name of the month. Encased in a cartouche, the zodiac was also enveloped by wispy fronds that trailed off and wandered across the picture plane.

To gild the lily and heighten the effect, columns of thickly veined marble framed each and every one of the 12 zodiac symbols. But look again: These columns are not real; rather, they were painted to look like marble. Few, if any, congregants, I suspect, were actually fooled by this trompe l?oeil gesture. Even so, the sustained use of faux marble was as much a reflection of their aspirations, of their sense of occasion, as it was an acknowledgement of their financial constraints.

These days, the colors that once illumined the mazoles have faded to a uniform shade of dun; here and there, a bit of brightness manages to escape. The images are not nearly as crisp nor as lively as they must have been when, sometime during the interwar years, they first came into being. Like so much else about the place, mystery adheres to their provenance, leaving the identity of the artist up for grabs. Could it have been a local sign painter? Or someone who actually made a living by painting mazoles for dozens of congregations in Manhattan, Brooklyn and the Catskills, where the residents of the Lower East Side went for a week or two during the summer? Chances are they were not the handiwork of the students who took art lessons at the nearby Educational Alliance. The mazoles are too tentative, for one thing. And far too old-fashioned, for another. Perhaps, then, a member of the congregation drew them ? and from memory. Yes, memory.

It?s a measure of how far most American Jews have come from their Eastern European roots that we are inclined to see these iterations of the zodiac as somewhat outré, perhaps even transgressive. We might even find them charming and innocent, an instance of outsider art. Either way, the mazoles surprise us. They are clearly not a part of our aesthetic vocabulary or, for that matter, our sense of what constitutes normative Judaism. But at the time that Eastern European Jews like the men and women of Brzezany were leaving the Old World for the New, mazoles had long been an established folk tradition, a popular vernacular motif, especially among Galician Jews who vividly decorated their synagogues with fanciful renditions. What?s more, the relationship between astrology and the normative Judaism of the time was far more fluid and less strained than ours. Eastern European Jews of the 19th century made room for these signs within the immediate orbit of their daily lives, while we, in turn, have to search for our horoscopes.

As the members of Anshei Brzezan sat on their hard wooden benches, trying to concentrate on their prayers, the presence of mazoles did not startle so much as secure them. Marking Stanton Street as a sacred space, they also rendered it a familiar space, one that was reminiscent, perhaps, of home. A tangible form of reassurance, of a piece with a distinctive accent and a preference for one kind of gefilte fish over another, these Jewish zodiac signs temporarily held the outside world and its manifold challenges at bay. And who knows? Perhaps the mazoles actually lived up to their name and brought Anshe Brzezan and its latter-day members a little bit of good luck, helping them along. It would certainly be lovely to think so.

In preparation for its centennial, in 2013, the Stanton Street Shul is looking for those whose families were involved with the congregation or who came from the towns of Berzhan, Remenev, Lantsut or Bluzhev. For more information, please contact Rabbi Josh Yuter at [email protected]

Fate Has Been Kind to Little Shul on Stanton Street