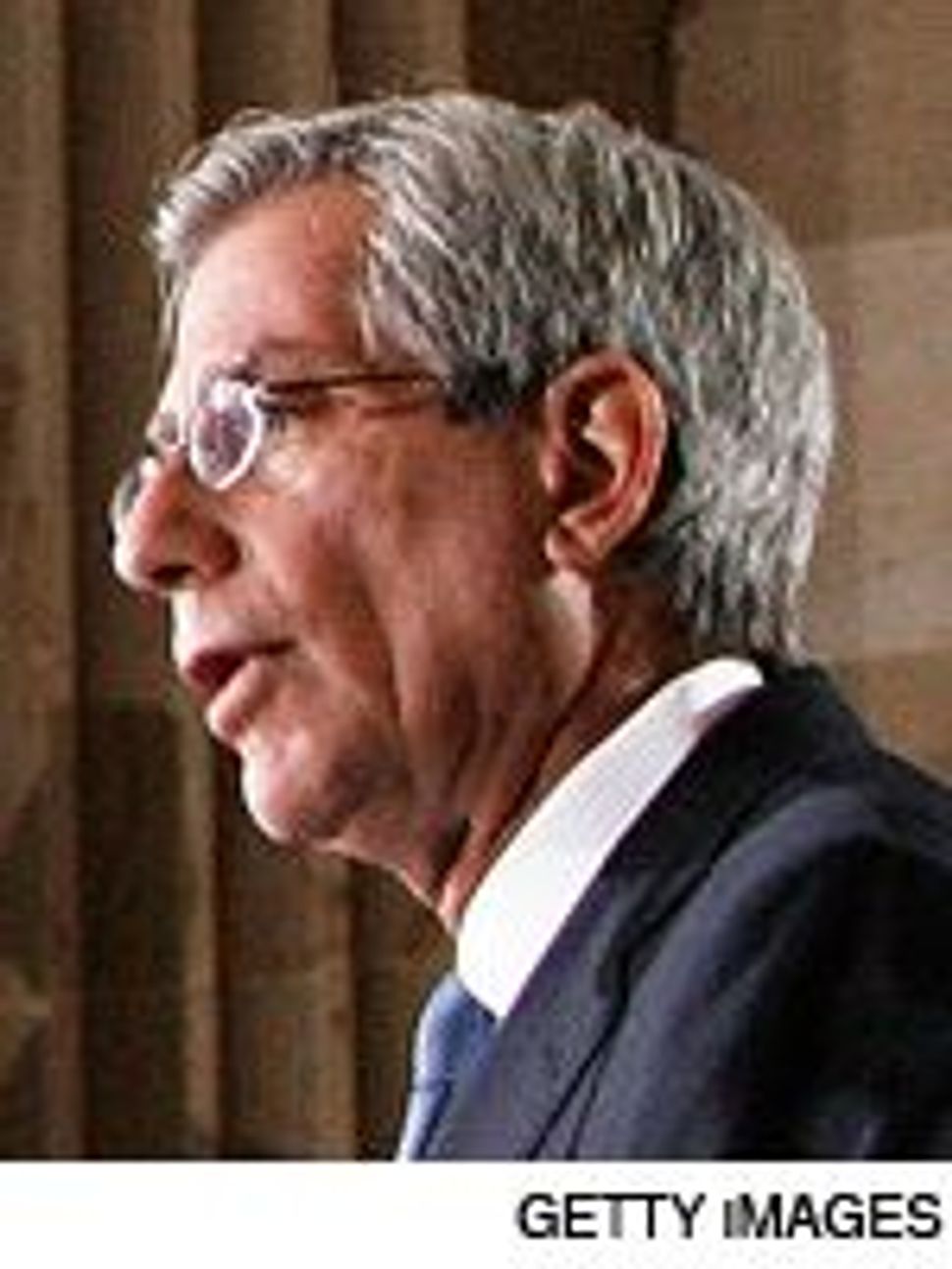 If pre-convention polls are to be believed, John McCain enters the convention poised to pull in a greater percentage of the Jewish vote than any Republican candidate in the past two decades. There are many possible explanations — his long record on Israel, his image as an independent political moderate, lingering concerns about Barack Obama — but one factor is certainly the ties that his campaign has cultivated with important Jewish Republicans and moderates alike.

The Forward takes a look at the Republicans who have helped McCain make it to the spotlight in Minneapolis, and who hope to take him beyond.

As Mark Broxmeyer roams through the convention, his face may not be well known, but Jewish Republicans bigwigs will recognize his voice. Not only has Broxmeyer been one of the McCain campaign’s leading Jewish fundraisers, but he also has been, to this point, the closest thing to a Jewish liaison, which means that he has been the one on weekly phone calls to local leaders, trying to organize events, keep people updated and encourage high spirits.

It’s a new role for Broxmeyer. The real estate developer from New York’s Long Island originally went into politics to protect his real estate interests and mostly stuck to the local level, though he has helped fundraise for Republican candidates both successful (George W. Bush) and not (Steve Forbes).

In Washington circles, Broxmeyer has been better known as the national chairman of the Jewish Institute for National Security Affairs, a hawkish Israel advocacy group that focuses on American national security and American-Israeli ties. In fact, Jinsa has numerous ties to the McCain campaign: National Jewish outreach co-chair Fred Zeidman is a board member, and fellow co-chair Eric Cantor is on Jinsa’s board of advisers. McCain was also honored with an award by Jinsa in 2006, with Joe Lieberman as the night’s warm-up act.

Jinsa was founded in 1976 by Jewish communal leaders who wanted to forge stronger connections with the defense establishment, and it evolved into a center for neoconservative thinkers, including several linked to the current administration, such as Richard Perle, who serves on Jinsa’s board of advisers.

Broxmeyer emphasized that his work with Jinsa is separate from his role with the campaign. But he did say that he signed on with McCain out of a sense that the candidate shares his priorities.

“To me, he’s an American hero,” Broxmeyer told the Forward. “He’s always been likeminded on national security, which is where I’m coming from.”

What can one say about Joe Lieberman that hasn’t already been said? Eight years ago, he was a Jewish hero — the first Jew on a major party presidential ticket and, like most American Jews, a solid Democrat. But in Minneapolis, Lieberman will have a prime time slot on opening night at the Republican convention, a reward he’s earned through months of stumping for John McCain.

There may be, in fact, nobody more responsible for McCain’s impending nomination than Lieberman. It was Lieberman’s surprise endorsement of McCain last December, along with a slew of support from New England newspapers, that jump-started McCain’s moribund campaign and helped vault him to victory in the New Hampshire primary.

Since he endorsed McCain in December, Lieberman has also become the campaign’s leading surrogate to the Jewish community. That role has had its own perils: Lieberman is now, according to a recent poll, far less popular among American Jews than Barack Obama, though the accuracy of the poll is challenged by Lieberman aides.

Lieberman has never been a conventional Democrat. He was first elected to the Senate in 1988 by running to the right of incumbent Republican Lowell Weicker. Only two years into his first term, The New York Times wrote of him, “He votes Democratic, sounds Republican and puts a plague on both political houses.”

He supported not only the second Iraq War under President Bush, but also the first Iraq War under the first president Bush, which was initially even more unpopular with Democrats. Kenneth Wald, a professor of political science at the University of Florida and the director of the university’s Center for Jewish Studies, said that the mantle Lieberman wore in 2000, as a Jewish political hero, never quite fit him.

“He became one of those symbols that people read into it whatever they like, a bit like Obama this year,” Wald said. “But they, in a sense, looked past whatever information there was about him being more conservative than the rest of the community.”

Lieberman’s friendship with McCain was also nothing new. The two men have served in the Senate for 20 years and have been traveling together to the Munich Conference on Security Policy for the past 10 years. They started co-sponsoring climate change legislation in 2002, and in 2007, their bill, since rewritten, gained a new co-sponsor: Senator Barack Obama. Aides close to McCain and Lieberman say that the two have a personal friendship. They’ve even shared the same spokesman, Marshall Wittmann.

Joe Lieberman may be in unfamiliar territory at the Republican Convention, but for his press secretary, Marshall Wittmann, the unfamiliar is where he is most at home.

Wittmann has made a career out of predictably unpredictable lurches across the political spectrum in Washington. A former self-confessed Trotskyite, radical Zionist and labor organizer, Wittmann served in the elder George Bush’s administration, then went to work in the mid-1990s for the Christian Coalition of America, despite being Jewish. His family, Wittmann has reported, was not pleased.

He has worked in think tanks on both sides of the aisle: He became a spokesman for John McCain in 2002, then quit in 2004 to endorse John Kerry and work for the center-left Democratic Leadership Council. After Lieberman won his Senate race as an independent in 2006, Wittmann signed on to be Lieberman’s press secretary — a move that shook Congressional Democrats wary of a potential mole in their caucus.

Wittmann, who was previously one of Washington’s most quoted pundits, declined to comment for this story, but he must be particularly pleased that two of his political heroes, McCain and Lieberman, have come together for the latest presidential run. Wittmann has served as a spokesman for both, and it is a sign of his affection for both that Wittmann has made the ultimate sacrifice for them in taking the job: He stopped being quoted by name. One can only wonder what he would have said about his bosses’ most unlikely pairing. 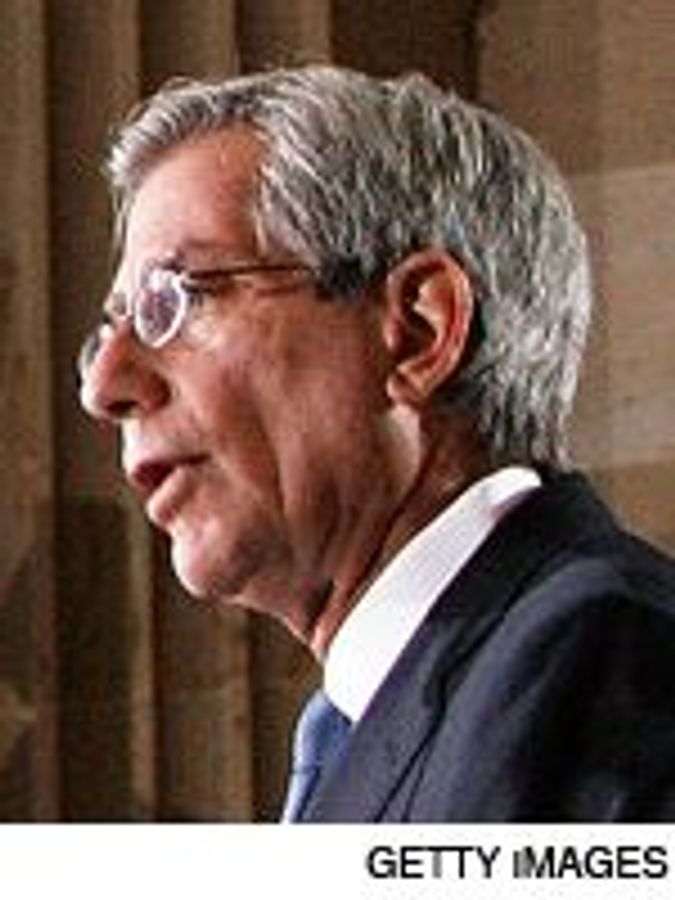 Amid the speeches, the cocktail hours and the dinner meetings at the Republican convention in Minneapolis, Fred Zeidman, national co-chair of Jewish outreach for the McCain campaign, will be searching out other Jewish Republicans with a message: that they are not alone.

“One of things we really try and do at conventions is find Jews that have not been affiliated before, to let them know that not only can we get a minyan now, but there’s a lot of us out there, and that they’re not in hostile territory being Republican Jews,” Zeidman told the Forward.

Zeidman has already been through some fairly lonely times in this campaign. When he endorsed John McCain in January 2007, it was taken as yet another sign that McCain was trying to position himself as the inevitable Republican nominee. Zeidman was exactly the sort of prominent party fundraiser McCain needed, and an establishment figure in Republican Jewish politics.

But by mid-2007, the McCain campaign ran out of money and had to fire much of its staff — including Zeidman’s son, Jay, who had been hired in late 2006. Despite this, the elder Zeidman says his loyalty never wavered.

“In Texas — it’s not a famous Yiddish saying — they teach you to dance with the one that brung you,” Zeidman said. “I had made a decision that John McCain was the one I was going to back, and until John McCain dropped out of the race, I would continue to back him.”

Zeidman has not always been so staunch a McCain backer. In the 2000 Republican primaries, he backed George W. Bush over McCain. Zeidman, who grew up in a small Texas town, met Bush in the early 1970s when both were young and single in Houston. Zeidman backed Bush in his first run for governor of Texas and in every race since.

But Zeidman says that McCain impressed him so much during the 2000 campaign that he made it his business to know McCain and to eventually become a supporter.

Eric Cantor is, by all accounts, a staunch Republican, but he also has landed a starring role in the Democratic convention city of Denver.

Cantor, the only Jewish Republican in the House, has spent the week of the Democratic convention in Denver taking shots at the Democrats on behalf of McCain — the sign of a trusted accomplice.

In a curious twist, though, Cantor was not named one of the speakers at the Republican convention in Minneapolis. In lieu of hard information at press time, this likely means one of two things — Cantor is either being snubbed or promoted.

Cantor, 45, is frequently cited as a rising young star in the Republican Party leadership, and he has played a particularly prominent role in this year’s campaign. His name has popped up time and again in the interminable speculation over who will be McCain’s vice president, fueled by news reports that the McCain campaign requested papers from Cantor for vetting. If Cantor is named to the second spot on the ticket, his speaking role at the convention will be determined later.

More concretely, Cantor was named a co-chair of national Jewish outreach for the campaign and has been one of McCain’s prominent surrogates. It’s the highest profile that Cantor has had in national politics, and many took it as a sign that his time had finally come.