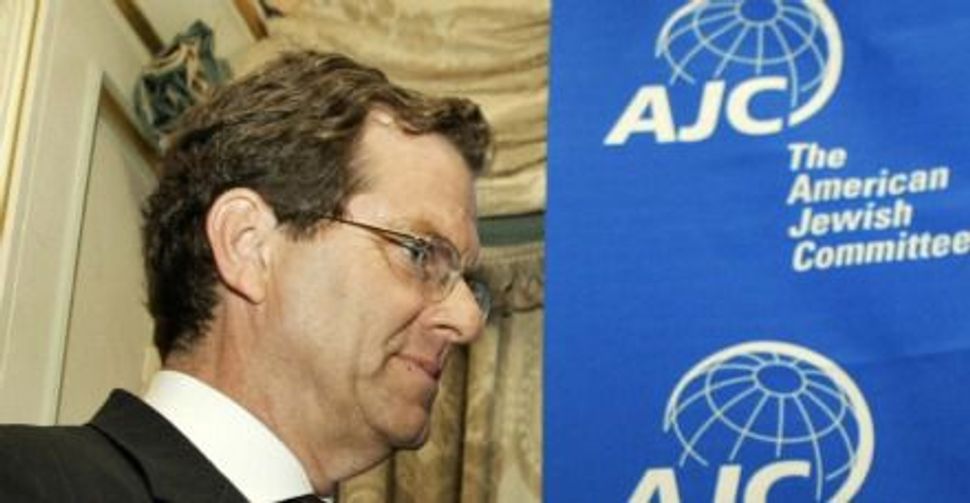 As campus protests have continued against Israeli policies towards the Palestinians, and sometimes, against Israel itself, Jewish groups have been at odds over how to distinguish legitimate debate about Israel from anti-Semitism, and beyond that, at what point such protests may arguably constitute a violation of Jewish students’ civil rights.

That debate, it’s now clear, is not just dividing Jewish groups from one another, but some Jewish groups within themselves. It is a division underlined at the American Jewish Committee, where, the Forward has learned, the group’s top executive has recently disavowed his in-house anti-Semitism expert in a manner designed to become public.

In an August 9 e-mail to a college instructor active on the issue, AJC executive director David Harris apologized for an open letter by his subordinate, Kenneth Stern, calling the letter “ill-advised.” 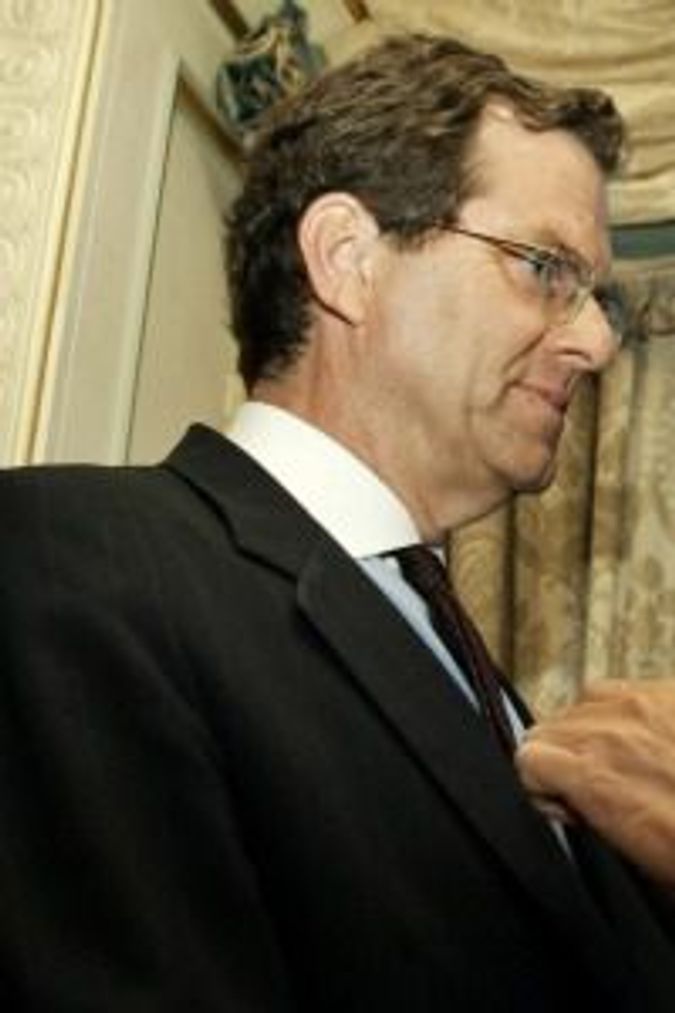 In his open letter, coauthored with Cary Nelson, president of the American Association of University Professors, Stern inveighed against advocates who charge that many anti-Israel protests on campus constitute anti-Semitic harassment in violation of the federal civil rights act.

“Unfortunately,” Harris wrote Tammi Rossman-Benjamin, a lecturer in Hebrew at the University of California, Santa Cruz, “the AJC’s internal system of checks and balances did not function well in this case.” Harris said of Stern’s open letter, “We…regret the decision to have released it.” Harris also apologized “for Mr. Stern’s failure to reply to your letter.” When asked, Harris agreed to allow Rossman-Benjamin to disseminate his note among her colleagues.

Harris’ rebuke of Stern, a recognized authority on anti-Semitism, is but the latest chapter of the Jewish community’s ongoing debate on how to define if and when anti-Israel advocacy on campus crosses into anti-Semitism and, from there, into a violation of Title VI of the federal civil rights act.

In his open letter on the issue, Stern wrote, with Nelson, “While some of the recent allegations (such as charging pro-Israel Jewish students admission to a university event while allowing others to attend for free) might well raise a claim under Title VI, many others simply seek to silence anti-Israel discourse and speakers. This approach is not only unwarranted under Title VI, it is dangerous.”

Harris declined to comment further to the Forward on his rebuke of this view.

“There is nothing more for us to say,” wrote Kenneth Bandler, AJC Director of Media Relations in an e-mail.

Harris’s note comes in the wake of strong criticism of Stern by groups such as the Zionist Organization of America, whose national president, Morton Klein, decried Stern’s letter as “shocking.” The Harris note was written in reply to an e-mail from Rossman-Benjamin expressing her own “serious concerns” about the AJC’s “endorsement of the AAUP statement.”

In 2009, Rossman-Benjamin filed a lengthy complaint with the U.S. Department of Education alleging that an accumulation of anti-Israel events and protests at UCSC had created an anti-Semitic atmosphere on campus that the administration had failed to address, and that this constituted a violation of Title VI. In response last March, the Education Department launched an investigation of alleged anti-Semitism on campus as a possible violation of Title VI.

In her e-mail to Harris, Rossman-Benjamin noted a July 29 article on the website of the group American Muslims for Palestine in which AMP’s media and communications director, Kristin Szremski, cited the Stern letter as support for her view that the Title VI claim “is part of a growing trend of stifling of protected political speech on college campuses.”

“Nothing is more damaging or demoralizing to the Jewish people than the public display of Jews attacking one another,” Rossman-Benjamin wrote to Harris.

Stern, a civil rights attorney and one of the founders of a new academic discipline, hate studies, is a co-author of the “Working Definition” of anti-Semitism adopted in 2005 by the European Union Agency for Fundamental Rights. Reached by phone, Stern declined to comment on Harris’s rebuke.

Ethan Felson, vice president and general counsel for the Jewish Council for Public Affairs, said that debate within the Jewish community over the issue is intense and ongoing. The JCPA, an umbrella group comprising most major national Jewish groups and local Jewish community relations councils, is itself working hard to fashion a consensus, he said. “The guidebook for using Title VI in these circumstances is not ready for prime time,” Felson said.

Jerome Chanes, senior research fellow at CUNY Graduate Center’s Center for Jewish Studies and the author of several books on anti-Semitism, said, “The Harris-Stern split reflects the debate within the Jewish community that’s been going on for decades over the perception of anti-Semitism and the appropriate remedies for it.”