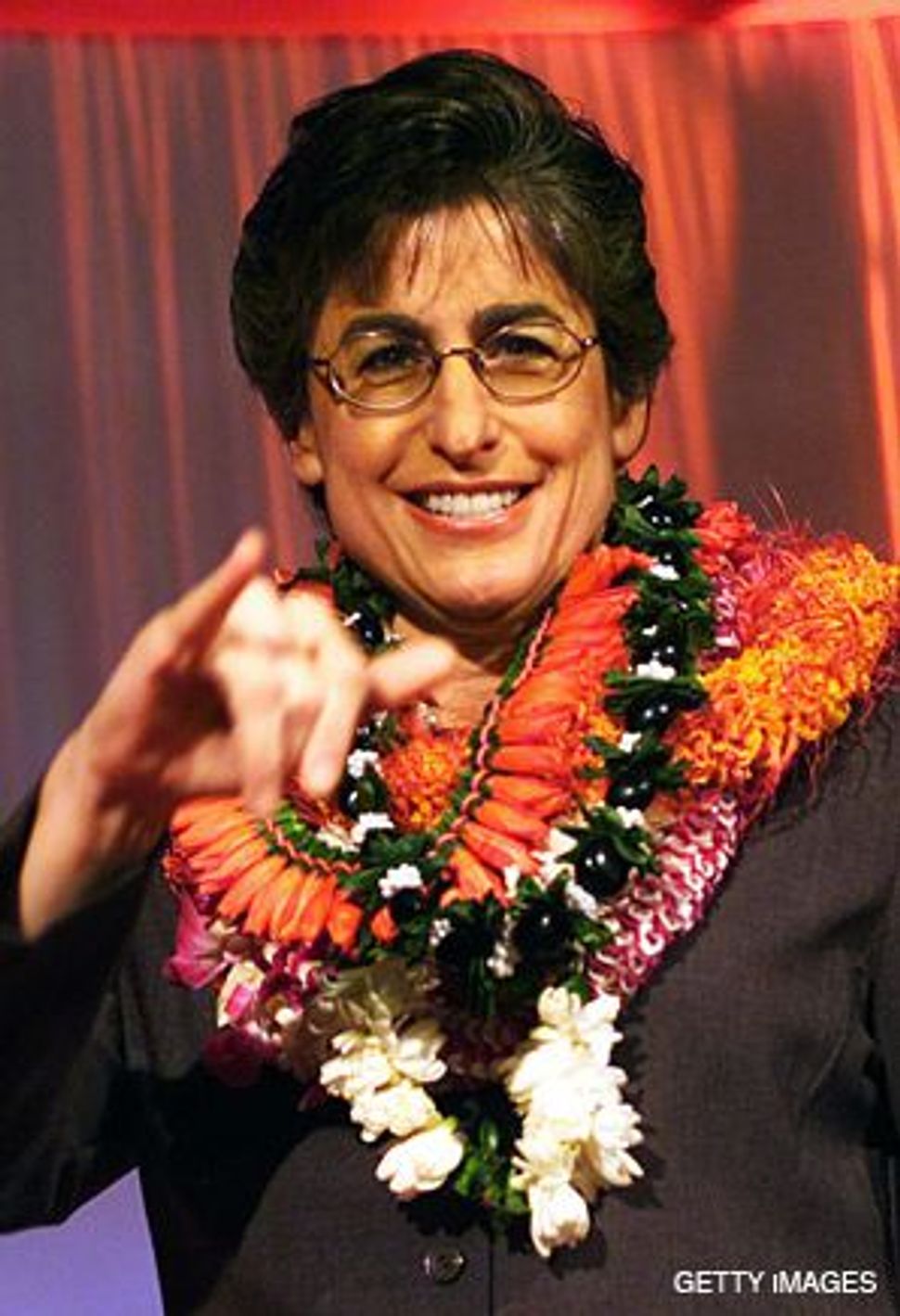 LINGLE: She was the first Republican to become the governor of Hawaii in 40 years.

St. Paul — She’s a former journalist, mayor and female Republican governor who gets rave reviews for trying to shake up a state that’s not part of the contiguous United States and has long been dominated by one-party rule. 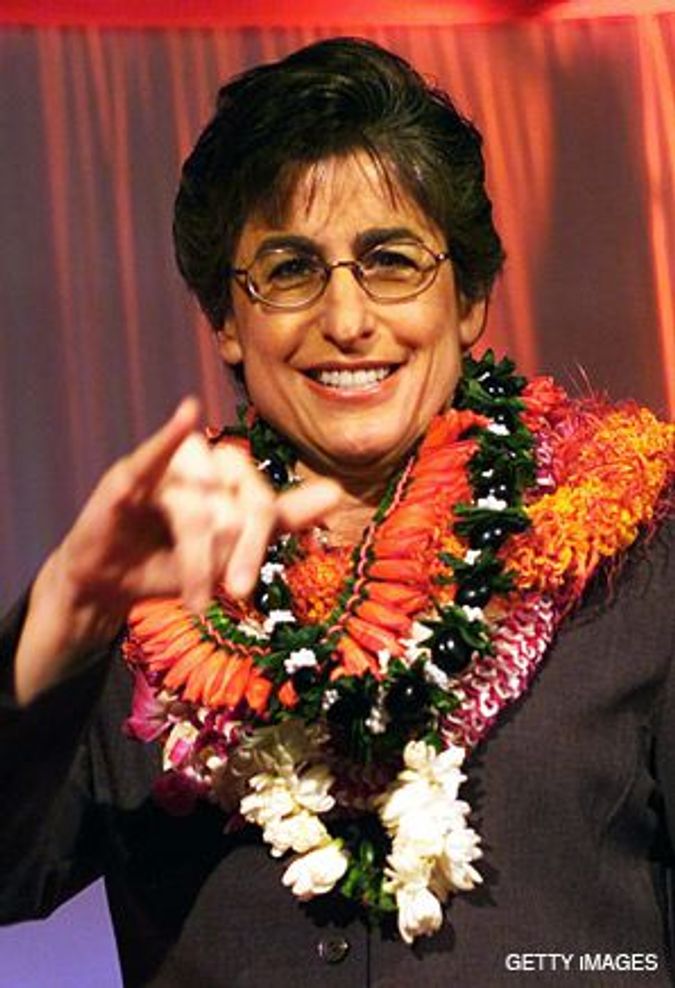 LINGLE: She was the first Republican to become the governor of Hawaii in 40 years.

But instead of being John McCain’s running mate, Linda Lingle has been speaking out as one of the few people who knows Alaska Governor Sarah Palin well.

“I think I’m of the same breed as McCain and Palin,” Lingle said late Tuesday night during a brief pause in her many television, newspaper and magazine interviews.

Unlike Palin, though, Lingle stands out in Hawaii’s multiracial melting pot with its mix of native Hawaiians, Filipinos, Chinese, Japanese, Samoans, blacks, whites and other backgrounds, as the island’s first Jewish governor. Fewer than 10,000 Jews live on the islands.

“Her being a Jewish guv here in Hawaii was an amazing phenomenon,” Chabad Rabbi Itchel Krasnjansky said in a phone conversation. He and Lingle study the weekly Torah portion together each Wednesday morning, and Krasnjansky brings Lingle a challah each week.

“I think that the fact that her being Jewish and her involvement in Jewish studies is a strong source of her identity and strength,” he said.

Some questions have been raised about Palin’s relationship with the Jewish community. There were reports (since denied by the McCain campaign) that she once supported Patrick Buchanan for president and that a Jews for Jesus group once attended her Alaska church. Yet Lingle’s Jewish identity is secure.

Raised as a Reform Jew, she’s the politician who doesn’t want to offend anybody and now belongs to all three Hawaiian synagogues – Reform, Conservative and Chabad. When she visited Israel, she brought all three rabbis along. The same three were involved in her inauguration along with non-Jewish clergy.

“It’s not something I’m out beating a drum about, but clearly everybody is aware of it and I’m very proud,” Lingle said.

“Being Jewish has been a blessing to me politically,” she said. “The Jewish community comes out regardless of political party to support me.”

“She had everything working against her — she wasn’t from the islands, she’s Republican, a woman and Jewish,” said Hellreich. “All I knew was that she had been a problem solver in Maui while the rest of the islands were going to pot. Maui was thriving.”

Lingle, 55, was born in St. Louis, Mo. Her family moved to Southern California when she was 12. She graduated from California State University, Northridge, with a journalism degree. She moved to Hawaii, where she worked as a public information officer and later started a community newspaper.

Lingle credits her Jewish identity and the Jewish philosophy of “helping others, respecting the dignity of others, repairing the world” for shaping her views of public service. She promotes a fiscally conservative agenda and a rein on spending, but is also a strong advocate for the homeless and services for people with mental illnesses.

“If I see something that’s ethically incorrect, I’m going to point it out,” said Lingle.

Lingle is a member of The Wish List, which supports Republican candidates who favor the right to an abortion.

She’s the second Jewish Republican woman to lead a state. Vermont’s Madeleine Kunin was governor of that state from 1985 to 1991.

“Governor Lingle represents in my mind a different type of Jewish politician, whom we see emerging in both parties and in various parts of the country. Such successful politicos develop a reputation that transcends a particular ethnic political base,” said Steven Windmueller, dean of Hebrew Union College. She was elected in 1980 to the Maui council and served five two-year terms before becoming the first woman and youngest elected Maui mayor at age 37.

Lingle lost the race for governor by 5,000 votes in 1998. She rebounded from that setback by being elected chair of the Hawaiian Republican Party. In 2002, she became the first Republican to win the governor’s office since 1962. In 2006, she won 63% of the vote, and won every precinct, something that had never been done before.