70 Years After Destruction, Memory of Lithuanian Community Lives in Diaspora 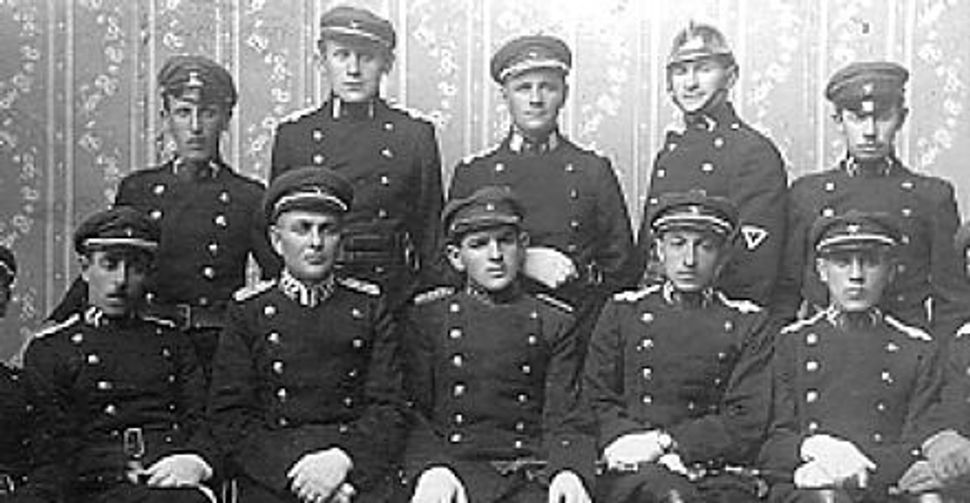 Image by Courtesy of Martin Kagan 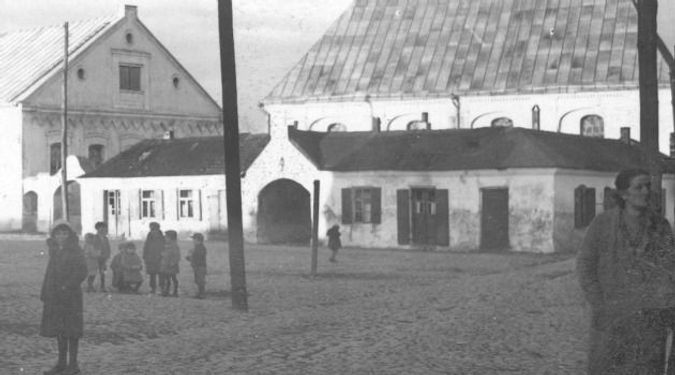 Synagogue Square: The Jews of Keidan, shown here in the 1930s, were known for pounding their chests so hard with pride that they got a ?hole in the heart.? Image by Courtesy of Martin Kagan

People from my grandfather’s hometown in Lithuania were known to be proud of their roots. It was said that if you asked a traveling Keidan Jew where he was from, he would puff up, thump his chest and say, “Me? I’m a Keidaner!” — so forcefully that outsiders gave them the Yiddish nickname “gribl in hartsn.” Which translates, with equal accuracy, as either “dent in the chest” or “hole in the heart.”

As a third-generation Keidaner descendant, I feel it in both senses. Pride in my connection to a town with yikhes — Yiddish for a distinguished lineage — and sorrow for the community that was cruelly wiped out. Both will be in evidence in late August when Keidan descendants around the world join together virtually and in person to mark the anniversary of the community’s destruction, August 28, 1941.

You couldn’t call it a big city, but Keidan was no shtetl. In my grandfather’s time — he left for New York in 1904 — the town boasted seven synagogues, six market squares, a yeshiva, a castle and its own train station. But long before then, Keidan had been an important regional center with a surprisingly cosmopolitan — or, if you prefer, multicultural — social fabric.

During Europe’s 16th-century religious wars, the Radzivil family, who adopted Calvinism and imported Scottish mercenaries to defend them against Poland’s Catholic monarchs, ruled the town. German Lutherans also had a presence, as did Poles and Orthodox Russians. Jews dominated local commerce, and by the mid-19th-century made up a majority of the town’s 6,000 or so residents. Judging by the histories I have collected (including one published by my grandfather in 1930), intercommunal relations were better than average; Jews’ sharpest conflicts were typically with other Jews. (Violence broke out once after some tailors showed up in synagogue wearing velvet yarmulkes, a status symbol previously reserved for the elite.)

Possibly because of its cosmopolitanism, Keidan seems to have attracted or bred more than its share of high achievers. An eminent family of rabbis, the Katzenellenbogens, were residents, and in the early 18th century one of them took in a brilliant young yeshiva student from Vilna. He married a local girl and later became known as the Vilna Gaon. A century later, Keidaner Moshe Leib Lilienblum would help launch the movement for Jewish Enlightenment, or the Haskalah. And in the early 1900s, a pioneering Jewish journalist named Bernard Gershon Richards richly chronicled New York’s immigrant Lower East Side under a pen name that paid tribute to his roots: Keidansky.

After World War I, the town — officially renamed Kedainiai by the newly independent Lithuanian government — entered the new age with characteristic creativity and drive. The 1920s saw the creation of a people’s bank, modern schools and a range of Zionist youth movements, from HaShomer HaTzair on the left to Beitar on the right. Martin (Moshe) Kagan, whose family ran a mill in Keidan, became a leader of the Lithuanian HaShomer HaTzair underground before escaping to New York just as the war broke out. Now 91, Kagan remembers Keidan as a place of intense cultural and political activity, with virtually nonstop lectures, debates and club activities.

Even spread around the world by emigration and war, Keidaners remained conscious of their connections. Associations of Keidaners formed in New York, Johannesburg, Eretz Yisrael and elsewhere to preserve those ties, as well as to aid families and friends back home. Among these expatriates was my grandfather, Boruch Chaim Cassel. Through the 1930s he edited the monthly bulletin of the Keidaner Association of New York. While these preserved documents reflect the nostalgia and heartbreak typical of Jewish immigrants in those years, they also convey a reverence for the community and its history.

The Holocaust brought it all to a tragic halt. Days after the German invasion in June 1941, Lithuanian partisans began terrorizing and murdering Jews, stopping only when Nazi troops demanded a more orderly extermination process. In Keidan, the end came on August 28, when Germans and their local helpers transported more than 2,000 Jews to a pit outside of town and then methodically shot and buried them.

Keidan’s destruction was, of course, far from unique. All through that horrible summer, scores of Jewish communities were being extinguished across Lithuania, Poland, Belarus and beyond. For all of us with historic ties to those communities, this is a particularly poignant season. Besides the special weight given to any decennial anniversary, this 70th year of remembrance could also be the last for those few remaining eyewitnesses from that time.

With that in mind, Keidaner descendants in Israel and the United States plan to gather on August 28 to recount stories, share memories and keep the flame of community alive. Members of the Association of Keidaners in Israel, who have commemorated this day nearly every year since the 1950s, will meet at 1 David Hamelech St., in Tel Aviv (contact [email protected] to attend). In New York, Martin Kagan will lead a gathering at 2 p.m. in Manhattan, at the Museum of Jewish Heritage — A Living Memorial to the Holocaust (contact [email protected]).

In Keidan itself, officials of Kedainiai Regional Museum, who have been active in recent years documenting and publicizing the town’s multicultural history, say they intend this year to place a plaque at the site of the mass grave, with as many of the victims’ names as they can find.

It won’t mend that hole in the heart, but it does suggest that Keidaner pride remains alive.

For more information about Keidan and its Jewish community, see the author’s website, <www.keidan.net>

70 Years After Destruction, Memory of Lithuanian Community Lives in Diaspora