The Obamas Have a Rabbi in the Family 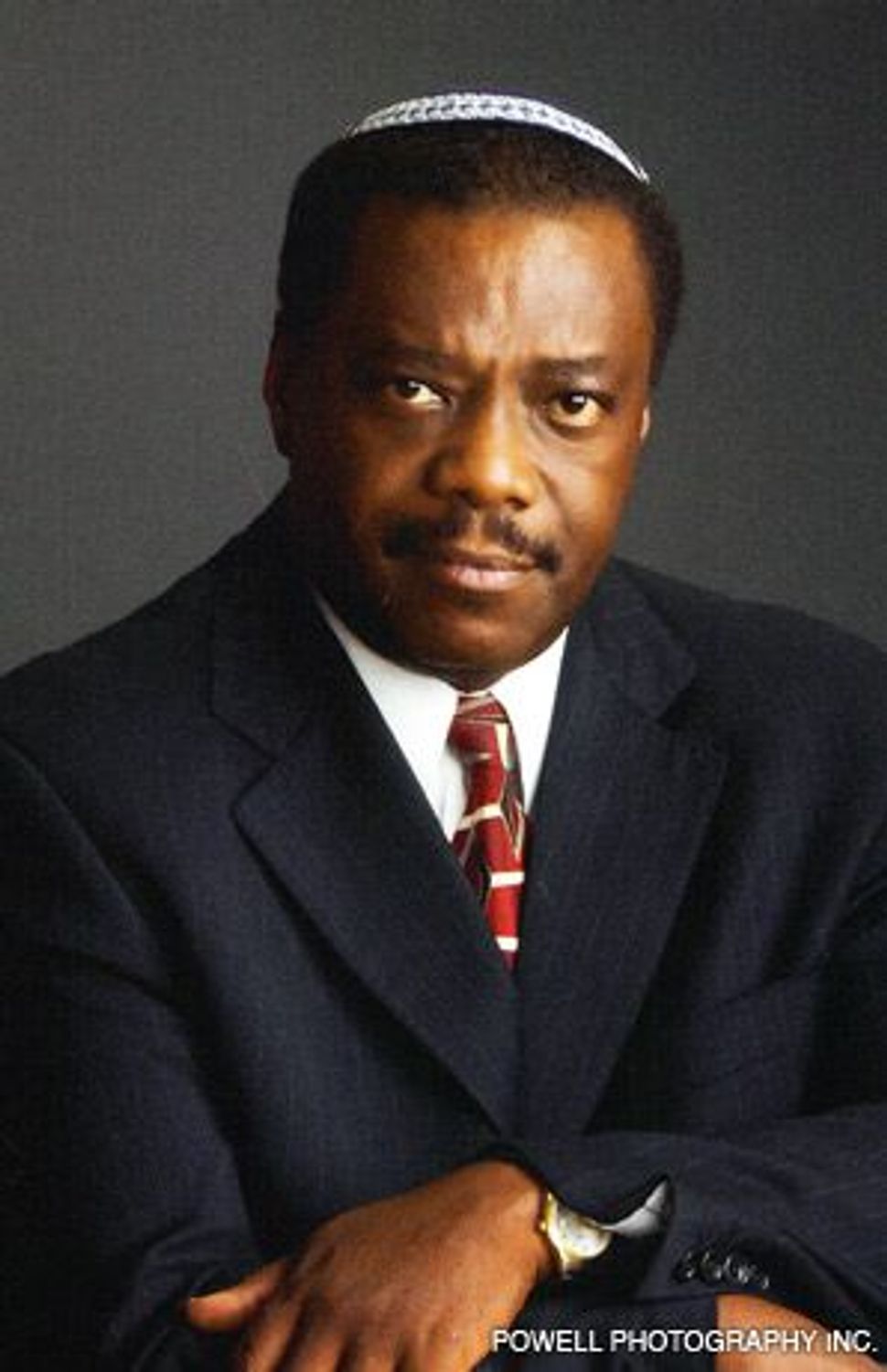 While Barack Obama has struggled to capture Jewish votes, it turns out that one of his wife’s cousins is the country’s most prominent black rabbi. 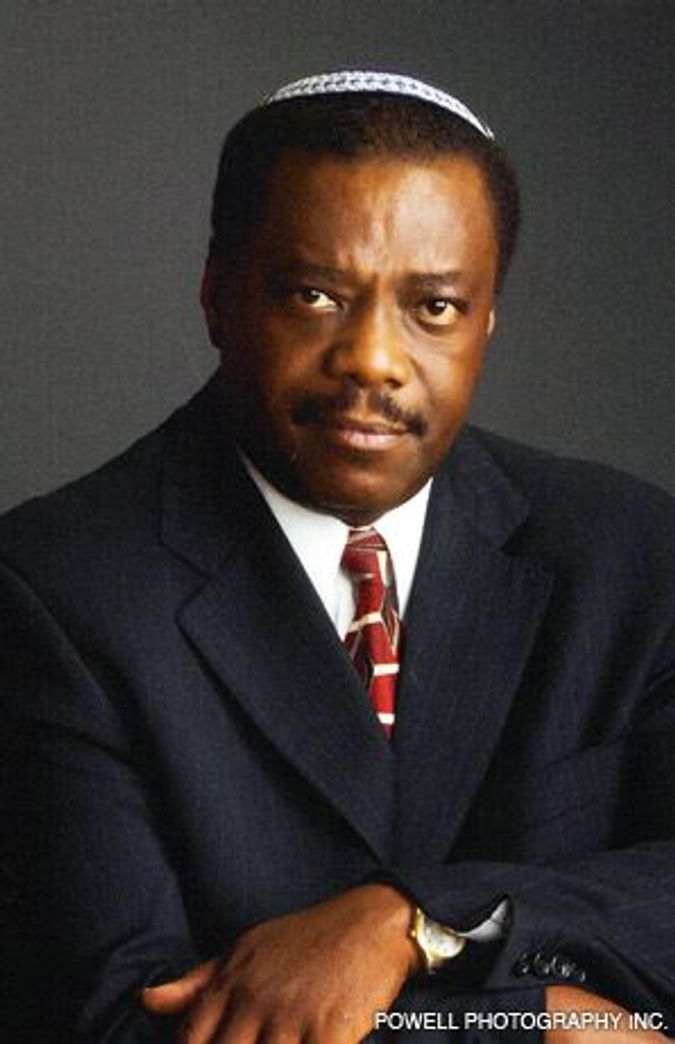 Funnye (pronounced fuh-NAY) is the chief rabbi of the Beth Shalom B’nai Zaken Ethiopian Hebrew Congregation in southwest Chicago. He is well known in Jewish circles for acting as a bridge between mainstream Jewry and the much smaller, and largely separate, world of black Jewish congregations, sometimes known as black Hebrews, or Israelites. He has often urged the larger Jewish community to be more accepting of Jews who are not white.

In this presidential campaign, Funnye’s famous relative gives an unexpected twist to the much analyzed relationship between Barack Obama and the Jewish community. On the one hand, Jewish political organizers, voters and donors — including some of the city’s wealthiest and most prominent families — played an essential role in Obama’s rise to power in Chicago. But the Illinois senator has struggled to overcome suspicions in some parts of the Jewish community, including skepticism about his stance on Israel, and discredited but persistent rumors that he is secretly a Muslim.

Funnye, who describes himself as an independent, said he has not been involved with the Obama campaign. He noted, however, that he has donated money and that he was cheering Obama on.

“I know that her grandfather and her father and my mom and all of our relatives that are now deceased would be so very, very proud of both of them,” Funnye told the Forward.

Michelle Obama and the Obama campaign did not respond to requests for comment.

Funnye, 56, has known Michelle Obama (born Michelle Robinson), 44, since she was born. Both grew up on the South Side of Chicago, and Funnye’s mother and Obama’s father enjoyed a close relationship.

“Her father was like the glue of our family,” Funnye said. “He always wanted to keep the family very connected and to stay in touch with each other.” Funnye and Obama saw each other several times a year when they were growing up, mostly at family functions and on occasional visits to each other’s homes. Obama’s mother, Marian Robinson, recalled Funnye and his family coming over for visits and said that he and her children were “as close as cousins could be.”

The two fell out of touch when they grew older, but they reconnected years later when Obama was working for the University of Chicago and Funnye was leading a local social service organization called The Blue Gargoyle. Funnye also worked with Barack Obama, who, as a state senator, came and spoke at events for the organization. When Barack and Michelle Obama married, Funnye and his family attended the wedding. Funnye said that he and the Obamas have not been in touch since the presidential campaign began.

Although Funnye’s congregation describes itself as Ethiopian Hebrew, it is not connected to the Ethiopian Jews, commonly called the Beta Israel, who have immigrated to Israel en masse in recent decades. It is also separate from the Black Hebrews in the Israeli city of Dimona, and from the Hebrew Israelite black supremacist group, whose incendiary street harangues have become familiar spectacles in a number of American cities.

Funnye converted to Judaism and was ordained as a rabbi under the supervision of black Israelite rabbis. He then went through another conversion, supervised by Orthodox and Conservative rabbis. Funnye has worked to connect his own congregation with the rest of Chicago’s Jewish community. He serves on the Chicago Board of Rabbis and is vice president of the Israelite Board of Rabbis, the rabbinical association for black Israelite rabbis.

He has also traveled around the country, encouraging the mostly white Jewish establishment to be more welcoming of non-white Jews around the world. Last July, Funnye attended the installation of Gershom Sizomu, the new chief rabbi of Uganda.

The news of Funnye’s family connection may add a new gloss to the racial complexities of his own work and to those of the current presidential campaign.

“I think it tells us everything we need to know about modern America and modern Judaism that a biracial candidate has been nominated by the Democratic Party and he’s related to an African-American rabbi,” said Gary Tobin, president of the Institute for Jewish & Community Research, which has worked for greater acceptance of Jewish minorities.

Funnye’s relationship with the Obama family was reported in the Chicago Jewish News. Last April, a Wall Street Journal article reported that the aspiring first lady had a cousin (whom the paper mistakenly referred to as a second cousin) who is a prominent black rabbi, but the paper did not mention Funnye by name.

Though a few acquaintances of Funnye and the Obamas said they knew of the connection, the news came as a surprise to most members of the Chicago Jewish community. Neither Funnye nor the Obamas have made a point of mentioning their family ties. In Funnye’s synagogue, however, the rabbi’s link with the Democratic presidential nominee is a matter of common knowledge.

“He really jumped on everyone’s radar after the 2004 convention,” Funnye said. “That’s when some people said, ‘Isn’t he related to you or something?’ I said, ‘Yeah, he’s married to my cousin, and she’s making him everything that he is.’”

The Obamas Have a Rabbi in the Family