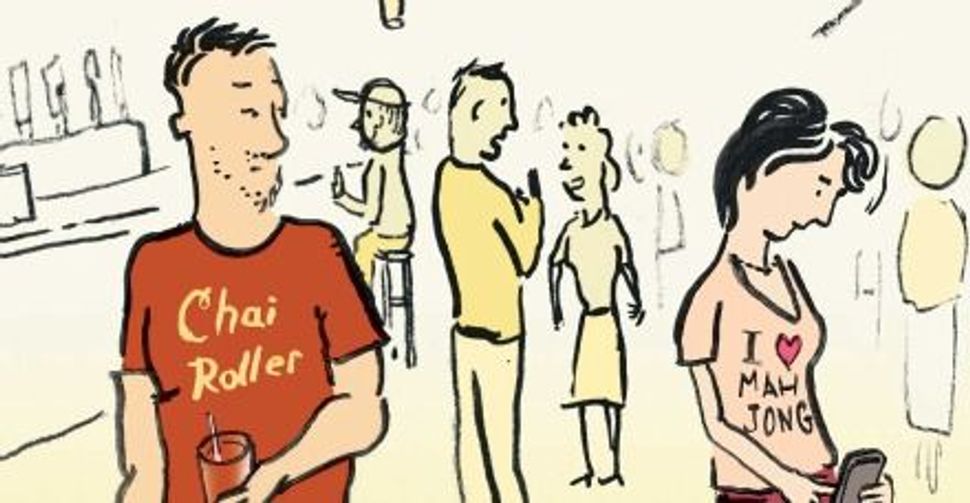 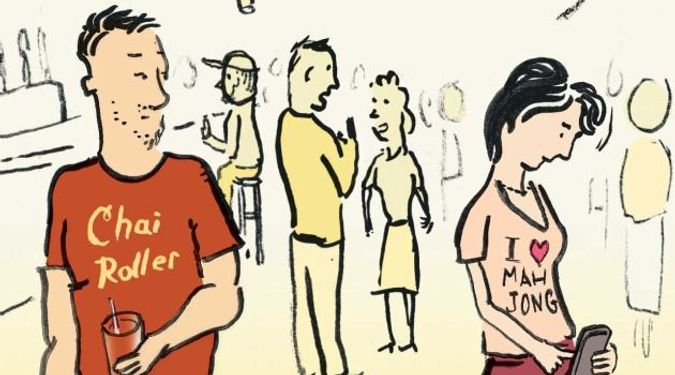 Nothing Worked Yet: Lenore Skenazy advises singles to take chances and not to give up on finding Mr. or Ms. Right. Image by Kurt Hoffman

If you know me, and you are single, you have probably had the awkward experience of meeting someone who I thought would be just PERFECT for you. Someone from my temple or work, or some bald but very nice guy I met earlier that week in front of the post office. My husband says that my yenta instincts boil down to this: “You’re male, she’s female. This is gonna work!”

And then, for some strange reason, it usually doesn’t. The one time I did make a match is when I held a singles party at my apartment: 10 men, 10 women. The only problem was that all 10 men arrived a full hour before any of the women, and after about 50 minutes one of the menfolk drained his drink and announced, “Well, I was HOPING to meet some nice girls, but at this point, the guys are starting to look pretty good.”

He ended up single for another year or so, but one guest did indeed meet the gal of his dreams, and they are married to this day — 15 years later!

Now, reading between the lines you might realize that this means it has been 15 years since I made a successful match, and yet I am still constantly, even desperately, trying. So maybe this is where you start not quite trusting my matchmaking acumen.

That’s fair — neither do I. But since I really do want to see everyone happily married, gay or straight, and I want the Jewish people to continue, I asked a bunch of matchmakers, professional and amateur, for THEIR Jewish singles advice. Aside from the old, “Go to temple!” “Take a class in something you love,” and “Avoid Lenore!” here are some of their less obvious ideas.

Please try every single one of them, immediately.

• Have a bad time at a party: Well, you don’t have to do this. But if that’s happening anyway, find someone else in your same situation. “Look for the guy or girl standing by the side,” says Gil Margulis, a high tech entrepreneur in Tel Aviv who observes the singles scene. (He has to. He’s in it. Know anyone for him? He’s American and in his 40s. Very cute! E-mail me.) Once you’ve found your fellow moper, tell him or her, “Since we’re both suffering, we should both have a good time instead,” and take it from there. This actually worked for my sister-in-law, now married 20-something years. And for the record, they throw (fun) parties all the time.

• Imagine the worst-case scenario: Marina Sbrochi, a dating expert and author of “Stop Looking for a Husband: Find the Love of Your Life” (Brown Books, 2011), was divorced and at a concert with a friend when she couldn’t help but notice the very good-looking guy standing next to them. “I lightly tap him on the shoulder and he turns around with a smile — which is always a good sign — and I ask him how he likes the show. Next thing I know, we’re yapping away about everything under the sun,” says Sbrochi. This is now her boyfriend of two years — a guy she never would have met if she hadn’t tapped him. So her advice?

Imagine the very WORST that could happen if you reach out to someone — if you offer to buy her a drink or go up to him in the park. How bad would it be? “You’re not going to be on national TV,” Sbrochi points out. And the person you approach, even if it’s a no-go, is probably a little bit flattered. So the worst thing that can happen is a tiny sting to your ego, right?

WRONG. The WORST thing that could happen is that you miss out entirely by NOT taking that first step, that first tap on the shoulder. So, remember that you have very little to lose, and put yourself out there.

• Location, location, location: You’re going to do your errands anyway, says April Braswell, a dating and relationship expert in Orange County, California, so why not do them where the odds are highest in your favor? “For goodness sake, you ARE purchasing your two-shot mocha from the Starbucks that’s around the corner from Yeshiva University, right?” she asks. If Yeshiva U. happens to be across the country from you, well then, find the neighborhood nearest you where the biggest pool of eligible singles hangs out. Go there to buy your paper and pick up your groceries. As the old Yiddish expression goes: Don’t shop for a tallis at Victoria’s Secret. (Okay, so that’s not an old Yiddish expression. You get the idea.)

• Give ’em something to talk about: When Robin Gorman Newman’s father turned 90, she came up with the perfect present: She made him a T-shirt that said, “I Played Baseball with Phil Rizzuto,” which is true — her dad did do that, as a youngster. Now, wherever he wears that shirt, “people talk to him,” says Gorman Newman, a.k.a. “The Love Coach” and author of “How to Marry a Mensch” (Fairwinds Press, 2006). Moreover, it’s something he LOVES to talk about.

Not that her dad is looking for new love, but if YOU are, why not wear a shirt that tells people something about you? It can be straightforward, like where you went to school, or quirky, like “My Yoda shirt, this is,” or assertively Jewish. I found one on Café Press that says, “Oy Friggin’ Vey.” The point is: Think of your shirt as an icebreaker.

And the best advice of all:

And let me know when it does! (I just may take credit.)

Lenore Skenazy is author of “Free-Range Kids: How to Raise Safe, Self-Reliant Children without Going Nuts with Worry” (Wiley, 2010).