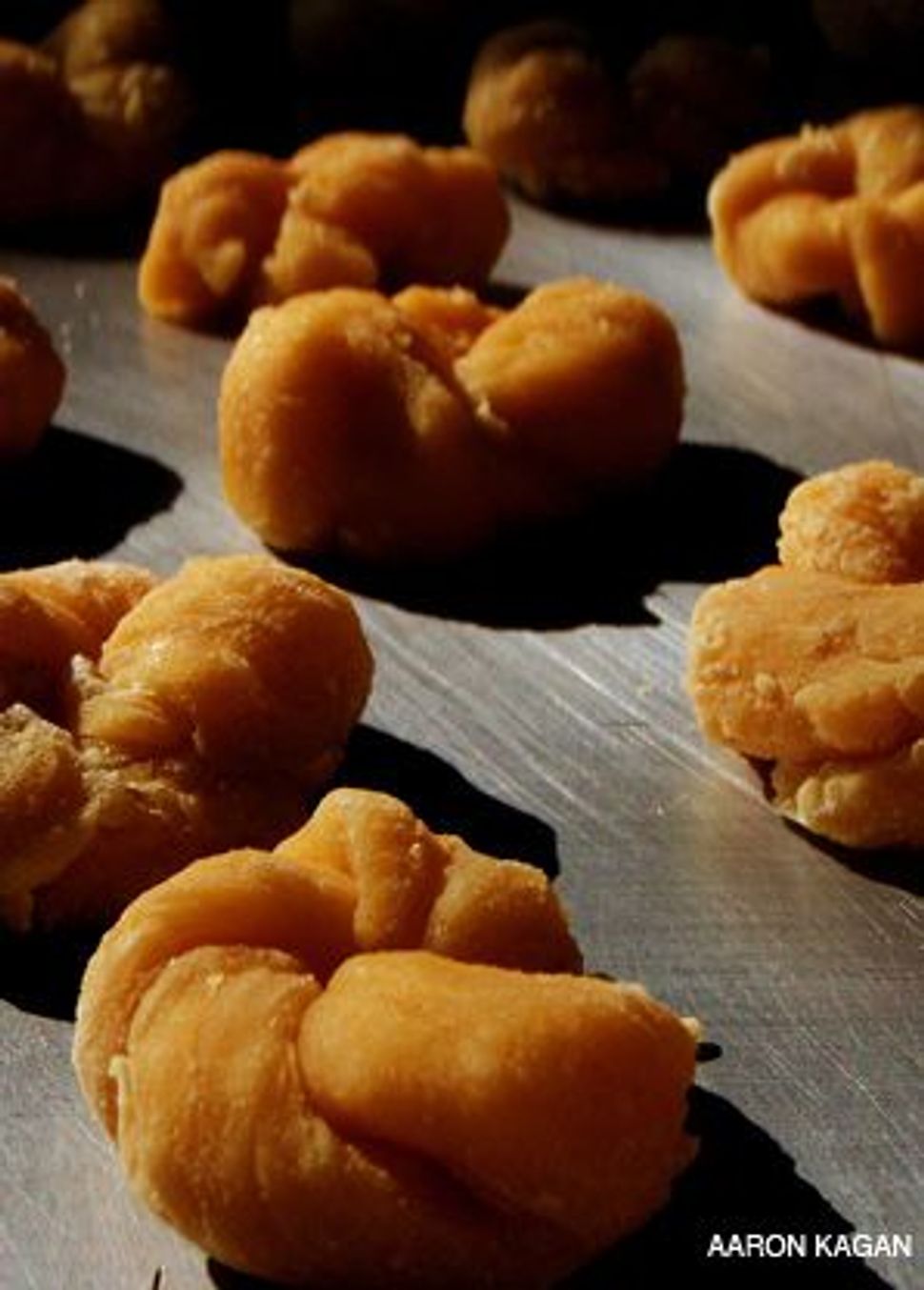 SUGAR HIGH: Teyglach is a treat often found on the holiday tables of Jews who are of Lithuanian origin. 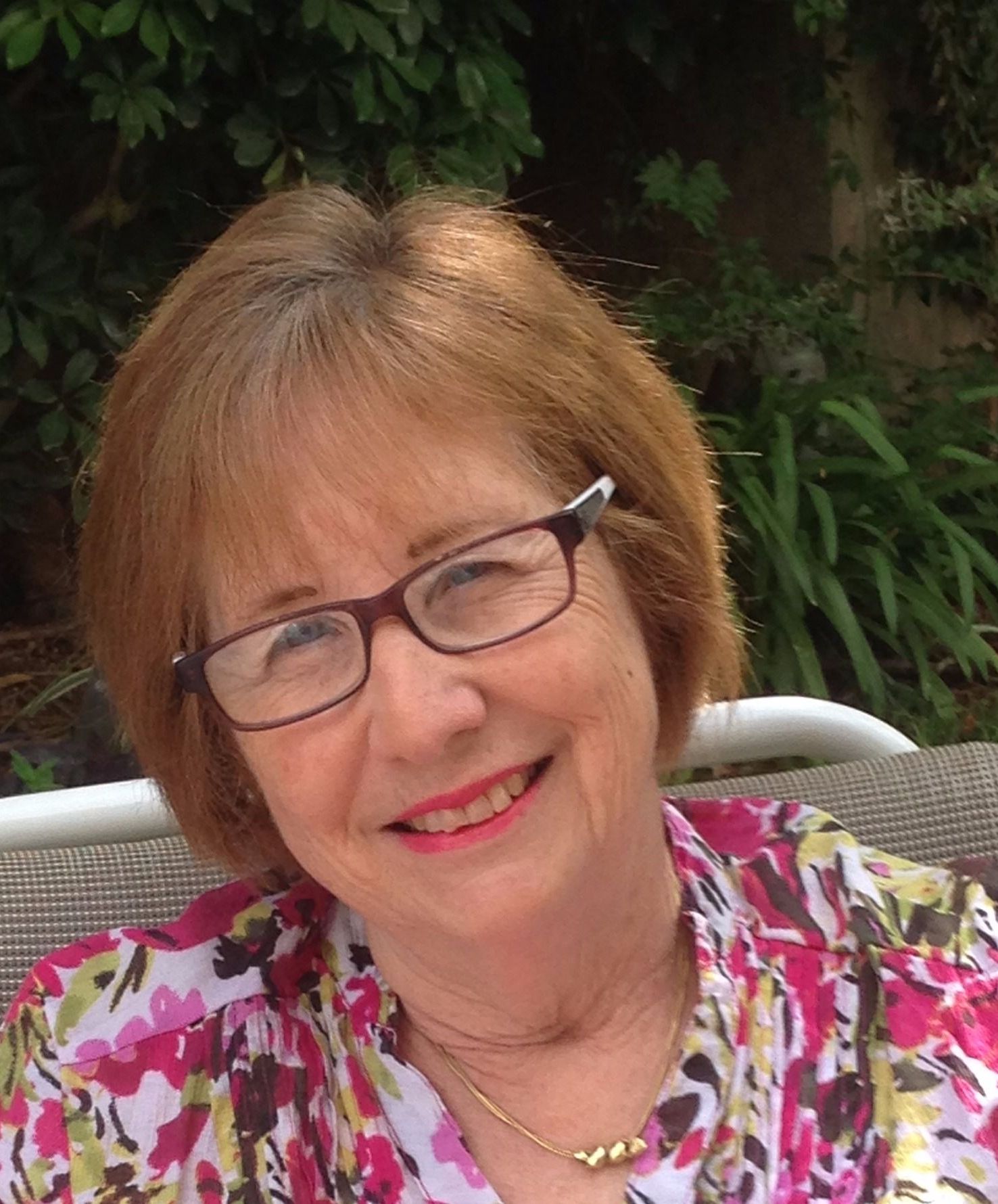 Along with the custom of eating apples, honey and round challah for Rosh Hashanah, many Jewish cultures have developed their own traditional holiday foods. Some Jews of Sephardic origin, for example, serve a baked fish head to symbolize “the head and not the tail,” while in Egypt, black-eyed peas and pomegranates are featured as symbols of abundance. In America, a case might be made for brisket as the star of the holiday table. 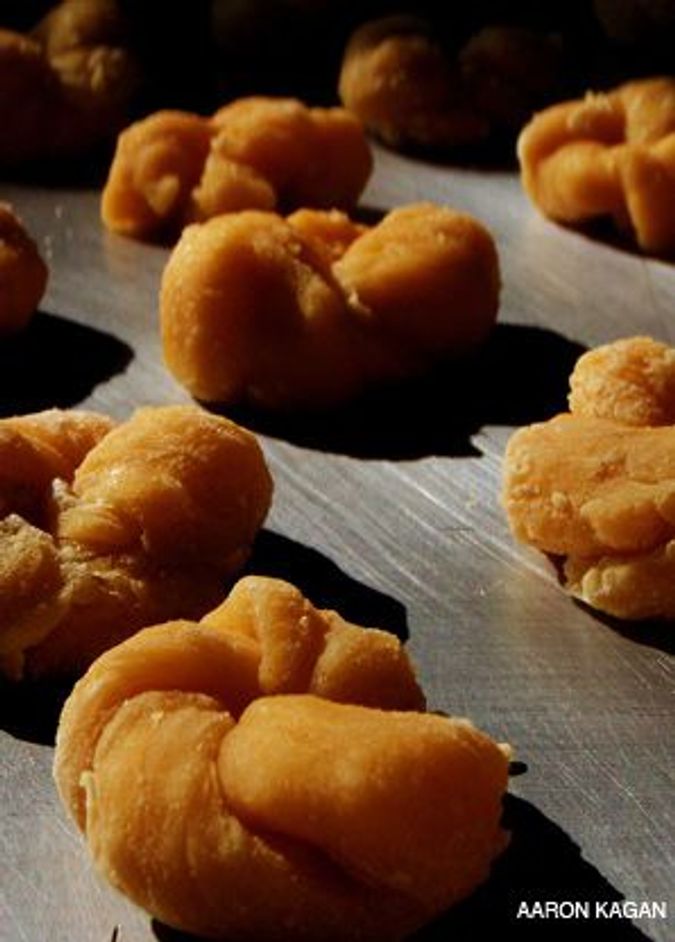 SUGAR HIGH: Teyglach is a treat often found on the holiday tables of Jews who are of Lithuanian origin.

But for Jews of Lithuanian origin, particularly those in South Africa, the delicacy that most symbolizes the new year is teyglach (from the diminutive of the Yiddish word “teyg,” meaning “dough”), balls of dough boiled in ginger-infused syrup or honey until they acquire a dark, crisp crust. Teyglach may not be ideal for those who are seriously concerned about their teeth or the state of their calorie count, but their sugary flavor and round shape encapsulate the symbolism of the holiday — a wish for a sweet year, wholeness and continuity.

My husband’s Aunt Annie made what her South African family considered to be the world’s best teyglach. Served in a pool of syrupy sauce, her delicious, sticky teyglach were such a source of pride that she refused to share the recipe with anyone, even, as shocking family gossip had it, with her own daughter. Aunt Annie eventually passed on to a better world, taking her recipe with her. But for the next 20 or so years, I took it as a personal challenge to replicate that recipe.

It wasn’t easy. Basically, teyglach recipes fall into two categories, with many variations. Some call for the dough balls to be baked first and then cooked in syrup or honey; others require the balls to be thrown into the syrup raw. Unfortunately, the first variety has a tendency to come out rock-hard, while the second type tends to be indigestibly soggy and stodgy. The syrup is a challenge, too: Sometimes it forms a nice, sticky liquid, as it should, while other times it burns.

Oddly enough, no two recipes are the same. The dough can be soft or firm. It can be cut, rolled into balls or formed into doughnut shapes; stuffed with raisins, dates or prunes; rolled in nuts or coconut; removed from the sauce, or served sitting in a sweet puddle.

Some recipe writers are incredibly officious (“Do not lift the lid on the pot when the dough has been thrown in,” one scolded), while others are vague (“Add two to four cups of flour”). One year, I discovered an advertisement in a South African Jewish newspaper from a woman who offered to sell her famous recipe in aid of charity. I was first in line. That one failed, too. Ranging further afield, I found a recipe for a pretentious Italian version on the Web site of The New York Times. It required forming the dough into miniature balls the size of peas (it took forever) and then boiling them in honey. They were so sickeningly sweet, I still taste them in my dreams.

“Why do you bother?” my husband asked as I threw yet another batch into the garbage. The truth was that the search for the perfect teyglach, which had taken me through three countries, endless recipes and a river of corn syrup, had become an obsession.

Then one day, in Israel, I heard from Dorothy Mandelzweig, a cookbook author and professional baker in her hometown of Pretoria, South Africa. She offered to come to my home to show me how it was done. And she did — equipped with her own gigantic pot, in case mine wasn’t big enough.

Teyglach, let me tell you, are not for the fainthearted. Dorothy arrived at 10 a.m. and left at 1 p.m., and most of that time was spent mixing, rolling and boiling. They’re not for the niggardly either, since the ingredients include four containers of syrup, eight cups of sugar and so many eggs that I had to beg the neighbors for extras. But the sense of achievement I felt when the teyglach actually turned out like Aunt Annie’s made it all worth it.

So, here are the things that the recipes never tell you:

• A small amount of syrup is not sufficient. The dough should swim in the syrup. Any leftover can be used for other things, like baklava.

• Most important, the dough needs to cook for a long, long time — longer than an hour — although that depends on such factors as the weather. Apparently, teyglach need to boil longer on a rainy day.

• The dough balls should be dried a little before they are boiled. Dorothy puts them out in the sun for half an hour.

• Watch the syrup. It mustn’t overcook and turn bitter. When the teyglach are a deep brown, they are done.

Now that I’ve achieved my objective, I am somewhat at a loss. What else is there to wish for? (Perhaps businesspeople who have earned their first million and bought a yacht feel this way.) I’ll just have another taigel and think about it.

Carol Novis is from Winnipeg, Manitoba, and has been living in Israel for more than 30 years. She worked as a writer and editor for The Jerusalem Post and Haaretz, and now teaches editing at Beit Berl College.