Just in Time for Yom Kippur, and Sentencing, Abramoff Paints Himself as Repentant 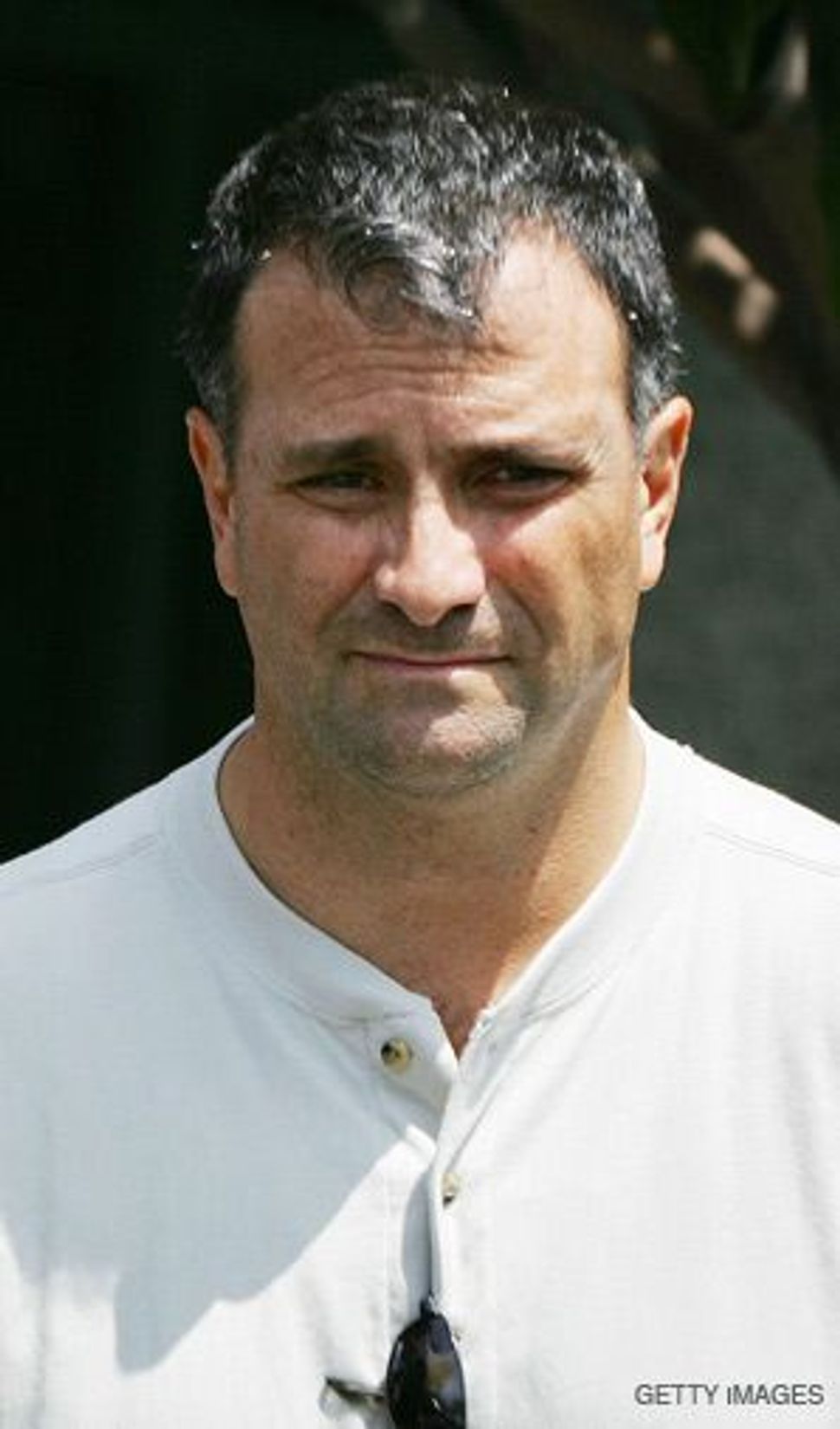 ABRAMOFF: The former lobbyist is featured in a new book.

Washington — As he serves time in federal prison, a picture is emerging in court documents and in a newly published book of a repentant Jack Abramoff, who is embracing the Jewish notion of “Teshuva” and turning his back on the days of power, money and politics. 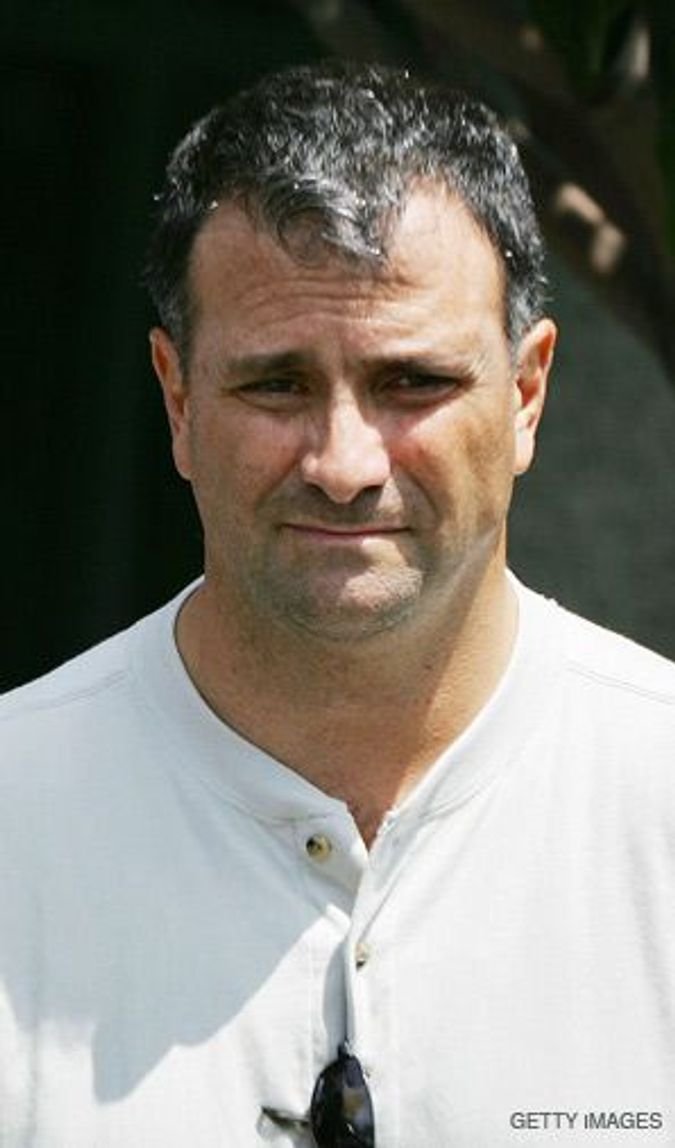 ABRAMOFF: The former lobbyist is featured in a new book.

At least that is what the once-powerful Republican lobbyist, convicted in a massive corruption investigation in the nation’s capital, would have us believe.

Portraying himself as a broken man, and depicted by friends as having undergone a complete transformation, Abramoff appealed for leniency at his sentencing earlier this month. “I’m not the same man who happily and arrogantly engaged in a lifestyle of political and business corruption,” he told Judge Ellen Segal Huvelle, who ignored the plea and sent him to prison for four more years — a harsher sentence than even that requested by the prosecution.

The sincerity of Abramoff’s remorse is hard to assess. Friends who have visited him in the Cumberland, Md., federal prison describe a man seeking humility, a man who believes he was punished by God for his wrongdoings. Critics view Abramoff’s makeover as yet another sophisticated maneuver from a man who has mastered political tactics and is now out to shorten his jail term.

Abramoff, 49, has been working in the chapel at Cumberland’s Federal Correctional Institution, where he began serving a sentence in November 2006. “I think it is his religion that helped him remain sane,” said Gary Chafetz, author of a new book on Abramoff.

While writing “The Perfect Villain: John McCain and the Demonization of Lobbyist Jack Abramoff,” Chafetz met with Abramoff in prison more than a dozen times. The meetings led the author and his subject to two different perspectives of the case: Chafetz sees it as a disingenuous attempt by the government, political rivals and some in the media to frame Abramoff, who was merely playing the Washington lobbying game; Abramoff, while cooperating with the author, describes himself as a person seeking to mend his ways and not blame others for his plight.

The book is drawing national attention because it argues that Senator John McCain, now the Republican presidential candidate, launched the congressional probe into Abramoff’s dealings to get back at the lobbyist who supported his rivals in the 2000 presidential elections.

But the book also provides a unique glance into Abramoff’s Jewish journey. It began when, at the age of 12, Abramoff saw the play “Fiddler on the Roof.” Raised in a nonobservant family, he decided to become Orthodox on his own. “I quickly came to the conclusion that was gibberish,” he said of the secular Judaism he left behind. From then on, he stood out as being different: conservative in his politics and observant in his religious practice.

Later in his life, according to Abramoff’s own description, he decided to work for his fellow Orthodox Jews. He opened two kosher restaurants in Washington and supported educational endeavors that were more open than typical ultra-Orthodox institutions — which he saw as “insulated, xenophobic” — and more observant than the liberal Jewish approach. Abramoff founded the Eshkol Academy, an all-boys Orthodox Jewish day school in Maryland, and provided funding for its operation.

Facts on the ground don’t always support Abramoff’s self-description as the man who dedicated his life and fortune to changing the face of Orthodox Judaism. The school he established operated for only two years, and his kosher restaurants didn’t last long, either. Critics claimed that these endeavors were primarily made to serve Abramoff’s own needs — Jewish education for his children, and a place to wine and dine his Capitol Hill guests.

At Abramoff’s sentencing, he and his attorney provided the court with some 350 letters, many of them praising the former lobbyist for his contributions to the Jewish community and attesting to his wholehearted regret. In one, Rabbi Yitzchok Breitowitz of Maryland describes him as “an individual who genuinely wanted to make a difference for the better of his community, and in the lives of others, who tragically lost his bearing.”

And Rabbi David Lapin, whose ties with Abramoff were also under scrutiny, writes that the defendant has become aware of the wrong course he had taken and that he has since undergone “deep soul searching, remorse and personal transformation.” Lapin concludes that Abramoff has not turned bitter, “only humble and very, very sad and sorry for the actions he took and the far reaching impact they have had.”

Abramoff’s supposed transformation has not won over everyone. His sentence in still another criminal conviction — the SunCruz casino fraud case — was reduced September 10 to 45 months from 70 by a federal judge who openly worried that he was being too lenient with the imprisoned Washington lobbyist. Rejecting the defense’s plea for an even lighter sentence, U.S. District Judge Paul Huck said, “Mr. Abramoff is asking too much.”

Just in Time for Yom Kippur, and Sentencing, Abramoff Paints Himself as Repentant